It’s been less than a month since we last faced Cardiff, but Wales Online reporter Glen Williams still had much to discuss in our pre-match interview.

canaries.co.uk: Since facing Norwich it’s been three defeats in all competitions for Cardiff. Were they deserving of those or have they been unlucky?

GW: It’s five defeats in the last six games now, which has coincided with injuries to key players. Kieffer Moore is the biggest absentee as Cardiff’s biggest goal threat, so he’s been a massive loss in the last few games and Cardiff haven’t found another way to score really.

They went through a purple patch of form at the start of December which Kieffer was central to. In his absence, they’ve not really found a different way to score because he’s such an influential figure in terms of his stature, he’s a nuisance at set-pieces and so on.

Hopefully, he’ll be back this weekend and if he is that certainly boosts Cardiff’s chances.

Robert Glatzel deputises in place of him, who we brought in for quite a bit of money from the German second division in the summer of 2019 - Neil Warnock’s last transfer window.

He’s failed to really get to grips with the league and fans are waiting for him to click. He’s clearly proficient in front of goal but creating those opportunities for himself and the other parts of his game aren’t up to the standard of where Kieffer is.

He’s a great finisher but his all round game just needs to step up a notch if he’s to match Kieffer’s level.

canaries.co.uk: Cardiff are 15th in the Championship ahead of this game. Do you expect there to be some business in January in an attempt to climb the table?

GW: I think so. Neil Harris has been very open about wanting to conduct some business. There are a few pressing areas of concern at the moment, chiefly at right back. There are currently no fit, recognised right backs at the club with Jordi Osei-Tutu, the Arsenal loanee, having been out for a couple of months. It’s touch and go whether he’ll be back for this weekend.

Leandro Bacuna has been deputising at right back. He’s such a good midfielder at this level that it takes a lot of legs and energy out of the midfield to have him at right back, so that’s an area they need to strengthen.

They’ve spoken about strengthening at centre back, obviously with Sol Bamba’s horrible cancer diagnosis this week. Filip Benkovic has been recalled by Leicester, Aidan Flint is still injured and Sean Morrison is still injured so there’s a bit of a centre back crisis.

They want a striker in as well so if this happens again with Kieffer getting injured, they have another option other than Robert and academy product Mark Harris. I would assume those three positions are areas they’ll target this window.

Gavin Whyte went out on loan to Hull City this week. It’s a bit of a strange one because he was a real favourite under Warnock, a real diligent right winger probably better as a more defensive winger than Neil Harris would like and he slipped down the pecking order for that reason.

He’s still only 24 and a loan move to Hull is a good move for him and right for all parties. It gets him game time and Hull get a good, international winger in League One and Cardiff get to see what he can do and if he can produce more at the top end of the pitch.

canaries.co.uk: What was your view of the game at Carrow Road in December and will Cardiff try to do something different to get a result this time?

GW: I must say I thought Norwich were very impressive. Cardiff were poor on the day but Norwich were up there with the best teams I’ve seen this season and it highlighted the gulf between where Cardiff want to be and where they are at the minute.

In terms of doing things differently, they can’t give the ball away as much as they did at Carrow Road. Giving players of Norwich’s quality the ball and so much space to run into is shooting yourself in the foot and asking for trouble.

They need to be far more compact and find better ways of being more of a threat in the attacking third.

It’s a catch 22 when you play against teams like Norwich. You can choose to press, which they did so well at the start of December, and try to force the errors high up but then Norwich have got the quality, especially passing quality, to navigate through that and you’re awfully exposed.

Make no mistake, Neil Harris has come in for a bit of pressure in the last month or so because of the results and he desperately needs a win so I’d expect Cardiff to be a bit more attacking in their mindset.

If they did manage to get a win, it would be a bit of a statement. I expect it to be more of an aggressive performance but we’ll have to wait and see.

A dominant opening 45 minute period was followed by a defensive second half as Norwich City beat Cardiff City 2-1 on Saturday thanks to goals from Grant Hanley and Todd Cantwell.

Daniel Farke made five changes to the side that knocked Coventry City out of the FA Cup on Saturday, with Max Aarons, Hanley, Oliver Skipp, Mario Vrancic and Emi Buendia coming in as Bali Mumba, Christoph Zimmermann, Xavi Quintilla, Alex Tettey and Przemyslaw Placheta made way.

Teemu Pukki wasn't included in the squad after suffering a side strain in training on Friday.

Norwich came flying out of the traps, Hanley heading in from a Buendia corner that had been flicked on by Vrancic in the fourth minute.

Playing out from the back calmly was a strength of City's in the first half, initially demonstrated by Kenny McLean, who played a nice one two with Buendia and sent Cantwell running down the left wing. He won a free-kick which Vrancic flicked over the bar.

Cantwell continued to be heavily involved, picking up a cleared Aarons cross and turning the ball onto his right foot to fire just high and wide.

Cardiff had their first shot on goal in the 18th minute, Robert Glatzel coming in from the right wing to shoot straight at Daniel Barden on his left foot.

But Norwich doubled their lead moments later, Hanley showing composure under pressure to play out from the back and find McLean deep in Cardiff's half. The latter drilled the ball into Jordan Hugill's path via the dummy of Cantwell and it was Hugill who had his shot well saved by the onrushing Alex Smithies. However, the Bluebirds' keeper looked on helplessly as the rebound fell to Cantwell to score for 2-0.

The home side looked to respond through a Harry Wilson free-kick moments later, but Joe Bennett scooped it well over the bar.

McLean almost headed Norwich three in front on the half-hour mark, his effort from Buendia's corner going into the side netting.

It was Buendia who found the wrong side of the post next, playing a neat one two with Hugill and going for goal from an angle that was just too narrow.

Cardiff looked to pull one back early in the second half as a free-kick dropped for Vaulks to volley towards the bottom left corner, Barden equal to it.

Junior Hoilett then curled a shot over the bar for the hosts.

Norwich almost found their third goal from a well-worked free-kick routine, as Buendia opted to send Aarons down the right wing instead of putting the ball into the box. Aarons took care of that, Vrancic on the end of his delivery to shoot straight at Smithies.

But Cardiff did reduce the arrears in the 65th minute, as Leandro Bacuna played the ball inside to Joe Ralls to pick out the bottom right corner.

Cardiff's attempt at a comeback was made more difficult five minutes later though, as Marlon Pack was shown a second yellow card for a late foul on Skipp.

Cantwell went for his brace in the 71st minute, sending a powerful half-volley straight at Smithies to push around the post.

Vrancic then fired over the bar before being replaced by Placheta.

There were no signs of Norwich sitting on their 2-1 lead, however, as the Canaries cotinued to get forward and in the 80th minute had an Aarons cross volleyed over the bar by Placheta.

It was Placheta who had the next attempt, retrieving the ball from Skipp and seeing his effort pushed over the bar by Smithies. 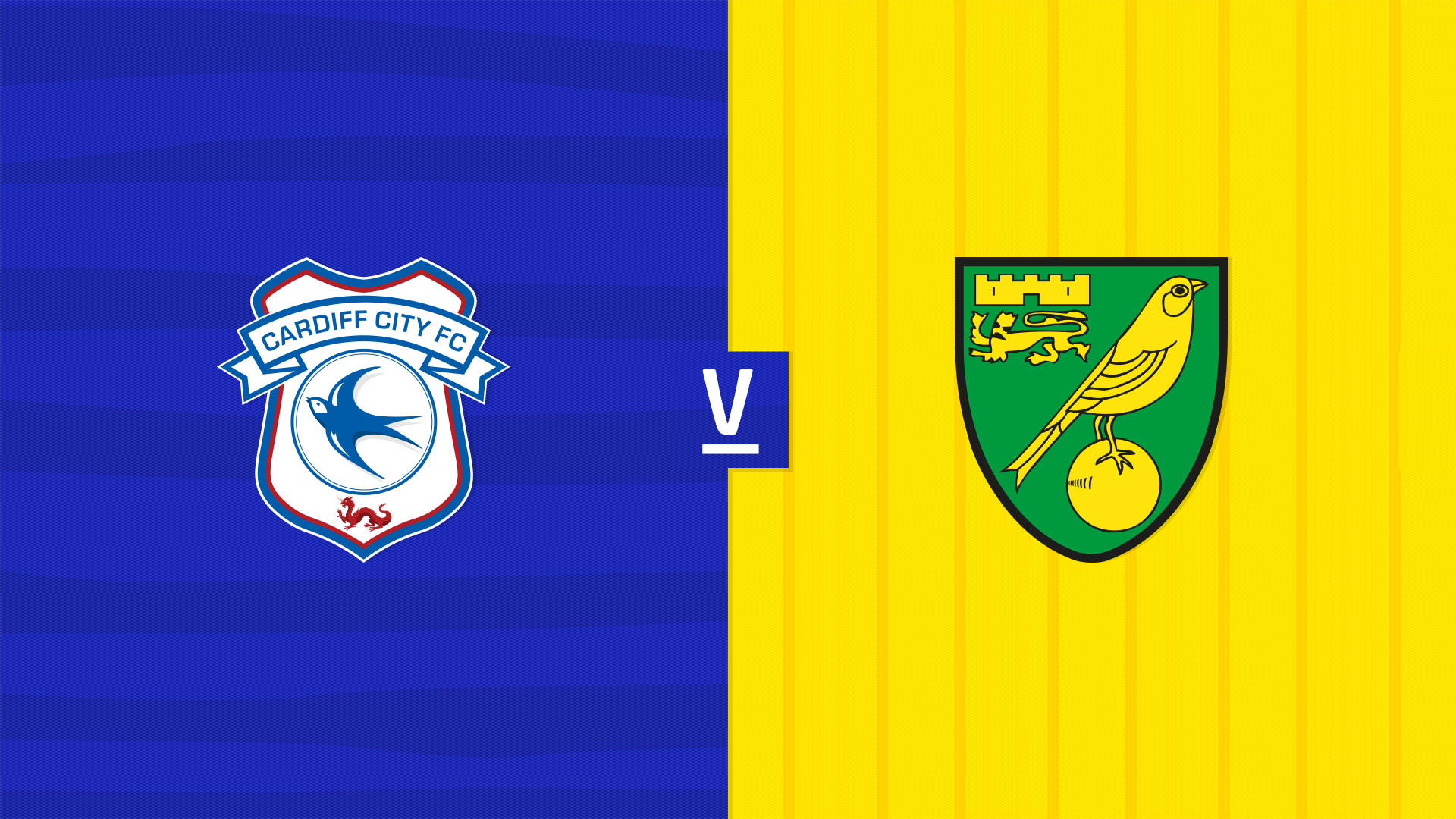 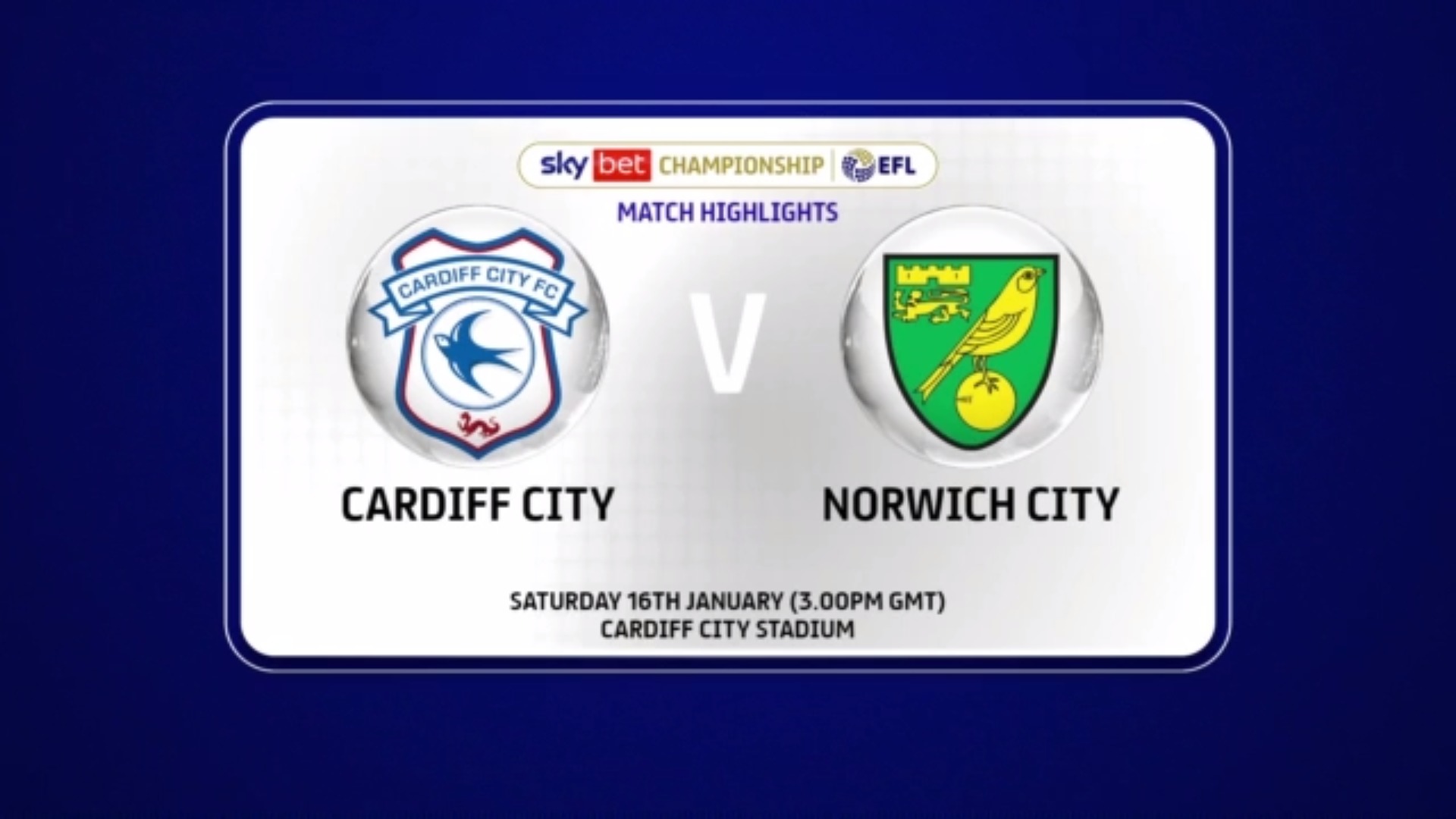