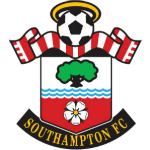 Norwich City Under-18s suffered a 5-0 loss against Southampton in the Under-18s Premier League on Saturday.

As the game commenced on a cloudy day at Lotus Training Centre, neither side could get a hold of the ball, often being dispossessed within a few passes. The game was dominated by free-kicks early on, with City and Saints continually fouling one another.

As the players settled in, the play became more fluid. Both teams started to demonstrate short passes, through balls and sharp runs to open space. Even though neither side could find a decisive pass in the final third, they showed they had the capability to cut through the defence.

Southampton’s early press paid off. A free-kick on the edge of the Canaries box was curled to the far post, finding Sam Bellis, who put it away with a short-range tap in the six-yard box. It wasn’t the start City were hoping for, but with the goal coming so early on, the young Canaries could remain hopeful of recovering the deficit.

Despite having the advantage, Southampton clearly were not satisfied with the one goal early on. Before City could come to terms with the score and settle in again, Southampton brought the same press, attempting to steal another. A solid shot from Roland Idowu outside the box caught goalkeeper Joe Rose off-guard but didn’t take too much effort to save.

After 20 minutes of defending an energetic Southampton front-line and attempting to gain some ground, the hosts started to look a lot more comfortable.

Midfielders Nelson Khumbeni and Tony Springett came forward with the team, giving more options of finding space and cutting through the Saints defence. As a result, a sublime through ball put striker Tyrese Omotoye through on goal. Just when it seemed like the score could have been levelled, Omotoye was bought down on the edge of the box by the visitors’ captain Pascal Kpojomouh. The defender was booked, and City were awarded a dangerous free-kick but Southampton kept their advantage when the strike barely scathed the crossbar.

It was at this point City seemed to change their play, instead of sitting back and waiting for an error to appear, they began to bring energy and force mistakes out of Southampton. Wing-back Jon Rowe nearly showed this when he closed in on the visitors’ ‘keeper, Matt Hall. The shotstopper lost control in a dangerous area but forced Rowe to get nothing more than a tap on the ball, sending it out for a goal-kick.

Half an hour into the first half, the game was still up for grabs. Bellis found space behind the Canaries defence, leaving him one-on-one with Rose. A powerful shot down the centre of the goal was somehow saved by the acrobatic keeper, who managed to get a leg to it as he dived to his left.

Southampton continued their clever counterattacks throughout the first-half, catching City off-guard. They couldn’t find the desired second goal however, with Jonathan Tomkinson providing solid tackles and dispossessions at any given time.

As the end of the first-half approached, City were still trying their hardest to find that much needed leveler before the break. Continuous crosses from Rowe and Vaughan were unlucky not to be met by the head of a City player. The most notable effort in the last ten minutes came from McAlear, who rocketed the ball from outside the box. The shot was stunning but just couldn’t come down in time, finding its way over the crossbar by a matter of inches.

Just when City thought all was said and done in the first half, they were punished. Playing from the back, defender Zak Brown lost sight of Bellis, who stole the ball. The writing was on the wall here for Bellis, who slotted it home with ease to finish the first-half at a comfortable 2-0 for Southampton.

The second-half began, and the Canaries were clearly motivated to bring the score to a place that represented their performance. Bursts of pace by Rowe and Vaughan almost beat the Southampton back-line, just lacking the end-product in the final-third before any chance of goal could be had.

The game wasn’t as generous as City hoped it would be, another free-kick on the edge of the Canaries box managed to find its way to a Southampton shirt once again, this time Jack Turner’s. Turner saw to it that the ball ended up in the back of the net, taking the score to a hard to swallow 3-0.

Just five minutes later, and it went from bad to worse for Canaries. A takedown in the heat of the moment resulted in a penalty being awarded to Saints. Bellis stepped up and laced the ball into the bottom-left corner. Rose just about got his fingertips to it, but it unfortunately wasn’t enough to stop the powerful strike, taking the score to a further 4-0 and giving Bellis a hattrick.

The bad news just kept coming for the Canaries, who saw Turner bury another powerful shot, being caught unsettled after the last two goals.

From here, the game massively slowed down. This was no surprise, as both teams poured endless amounts of energy into the first 60 minutes, with City trying their hardest to maintain a solid press and defence, and Southampton scoring three goals in eight minutes.

A 75th minute attempt by Springett felt destined to find it’s way in the back of the net, with Hall just barely keeping it out as he was caught off his line. In terms of goals, it just didn’t seem to be City’s day.

Saints almost notched another name on the scoresheet when James Morris directed a header at the goal. Luckily for City, the ball bounced off the woodwork and off the line, saving themselves from conceding another, ending the game at 5-0 in favour of the visitors.

The U18s are back in league action against Chelsea on October 19 following the international break (2pm KO).

It’s a big game today and you’d probably like to be standing in the stands right now waiting for the teams to arrive. We’ve got the next best thing. You can watch all the live action from Derby County v Norwich City with one of our Match Passes. They only cost ##MP_PRICE## for the best view in the stadium.