The young striker netted two from the penalty spot and one from close range as the Canaries put in a clinical performance against Southampton at their Staplewood Campus.

Alan Neilson made three changes to the side that had played the team’s final pre-season at Southend United as Jon Tomkinson, Dan Adshead and Jon Rowe came into the starting XI, with Tomkinson taking the captain’s armband.

Norwich began the brighter of the two teams but it was the hosts who created the better openings early on as Olly Lancashire, Kazeem Olaigbe and Caleb Webb went close to opening the scoring for the Saints in the first 15 minutes.

However, it was Norwich who broke the deadlock just after the quarter hour mark when Kamara latched onto a ball in the box and attempted to go around Jack Bycroft in the Saints goal only to be brought down by the keeper. The Norwich striker stepped up top take the spot kick himself, sending Bycroft the wrong way to score. 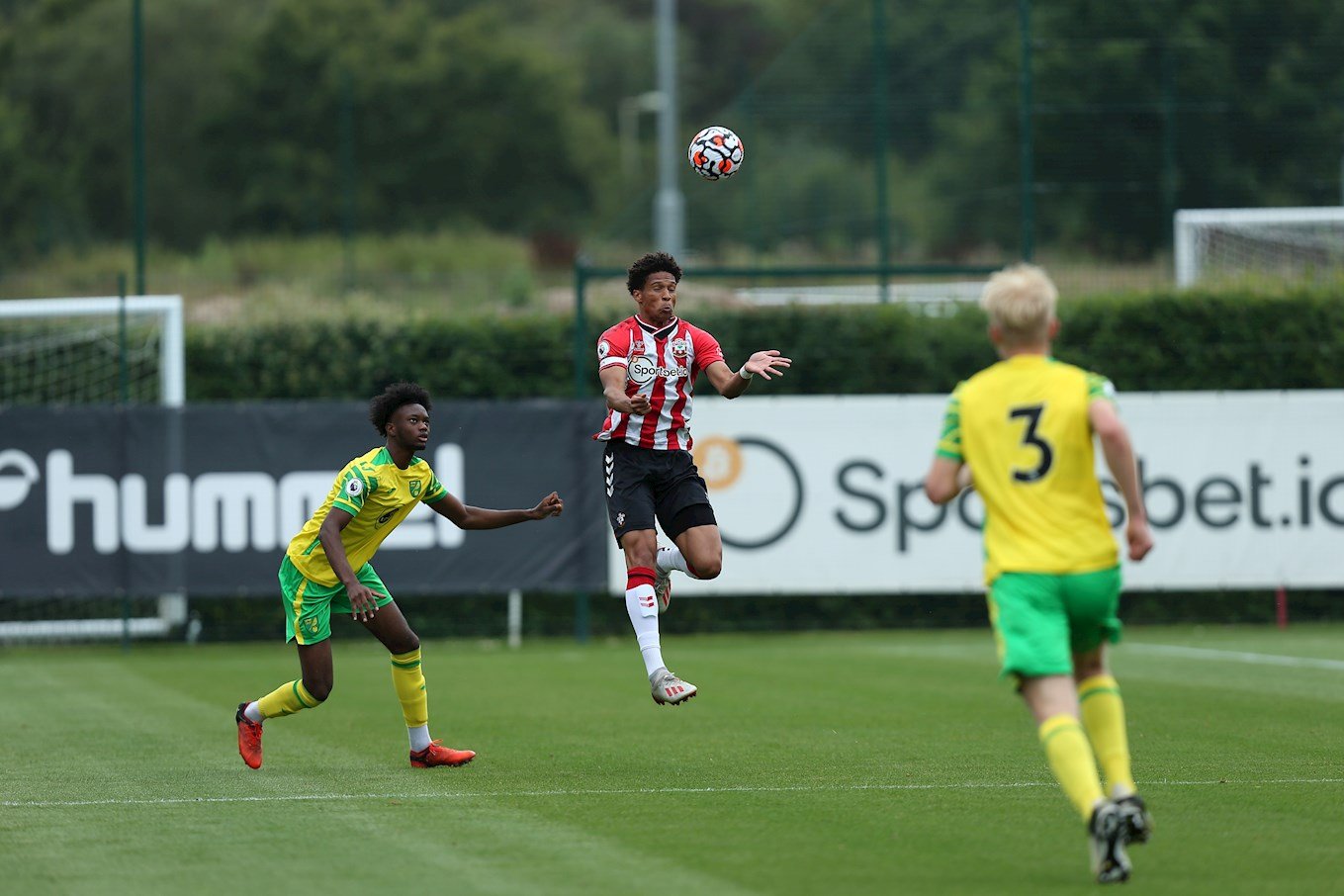 Southampton responded well to the setback and should have equalised when Olaigbe worked the ball onto his left foot and struck a fierce shot that cannoned off both posts before finding its way to safety.

So therefore, it was a double blow to Southampton when minutes later Tony Springett showed a neat first touch when collecting a pass from the right before breezing past his marker and all the way to the byline. From there the young Republic of Ireland midfielder showed great composure to cut the ball back to Kamara on the edge of the six-yard box who tapped home for his second.

Back came Southampton though with Jayden Smith bringing an instinctive save out of Joe Rose as Norwich went into the break with their two-goal lead intact.

Southampton began the second half brightly with Benni Smales-Braithwaite bringing a save out of Rose before Lewis Payne rippled the side netting with a shot from inside the area.

However, the hosts gave away a soft penalty on 54 minutes which then put paid to any hopes they had of a comeback. Jon Rowe was the Norwich player to win it as he raced onto a ball in the full-back area before drawing a challenge and going down.

That gave Kamara the chance to complete his hat-trick and he duly sent Bycroft the wrong way once more to extend Norwich’s lead.

Southampton had one more effort that rattled the woodwork from Olaigbe, while Norwich sent a close-range header over from Dickson-Peters over. However, in the final 30 minutes the outcome of the contest never looked in danger.