Norwich City face Southampton at Carrow Road on Saturday (3pm, KO) for what will be Dean Smith's first game as our new head coach.

Ahead of the game we spoke to the Athletic's Dan Sheldon to learn more about Southampton, their start to the season and what to expect from Ralph Hasenhüttl's side.

canaries.co.uk: Southampton have won three out of the last four games, and drawn the other, but that is in stark contrast to the start of the season when the Saints failed to win any of their opening seven games. What has changed?

DS: I think that the level of opponent that they have been facing has changed. Over that run of the first six or seven games they played Manchester United, Manchester City, West Ham United and Chelsea. There were not teams that people realistically expected them to beat but they did pick up points, albeit draws, and then they went into a run where they played Leeds United, Burnley, Watford and Aston Villa. They are games that you would think that they have got more of a chance of winning and they managed to win three of them and draw the other.

canaries.co.uk: Despite losing Jannik Vestergaard in the summer, Southampton seem to have improved defensively this season, is that fair to say?

DS: Yes, without a doubt. The defensive work is something that they have been putting a real emphasis on. Ralph Hasenhüttl admitted that they can’t afford to ship as many goals as they did last year and there has been a real conscious effort to improve that this season. We have had Mohammed Salisu come into the side and he seems to be the perfect replacement for Vestergaard. I don’t think I would be out of line to say that they haven’t missed Jannik (Vestergaard) at all. They have been working on their cohesiveness at the back day in, day out and it is paying off. 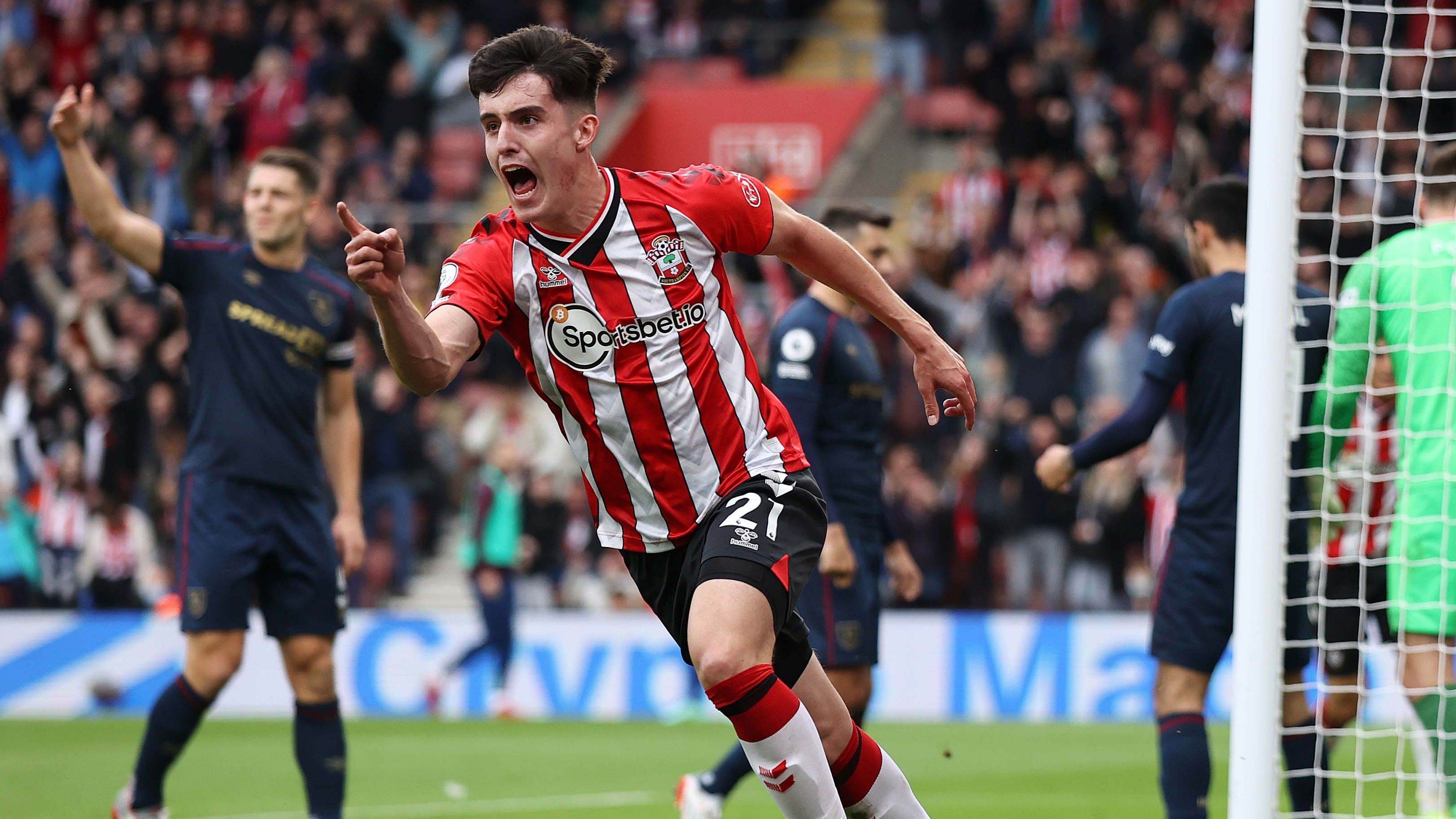 canaries.co.uk: Tino Livramento seems to have started the season very well and is now in almost everyone’s fantasy football team for his goals and assists. How much are the full-backs like him, and Kyle Walker-Peters, utilised going forward?

DS: Yes, Ralph loves his full backs. Livramento is a nailed-on starter on the right, but then you have got Kyle Walker-Peters and Romain Perraud on the left. A key part of their game is getting forward and putting crosses into the box. Trying to create goals and trying to score goals. Ralph actively encourages that while also keeping and eye on ensuring that they are tight at the back. The full backs are encouraged to get forward and I am sure if Livramento plays you’ll see him go on one of his marauding runs as it is definitely a part of what Ralph wants them to do.

canaries.co.uk: It was Adam Armstrong and Ché Adams who started up front in the last game for Southampton, but the front players have been rotated a bit this season. Who, in your opinion, do you think is most likely to start up front against Norwich?

DS: It is interesting with the strikers, because while the defensive unit has been very good and very consistent, goals have been hard to come by. Ché Adams has recently hit a bit of form and scored before the international breaking and during it and Adam Armstrong got his first goal in a while as well. However, then they have also got Armando Broja, on loan from Chelsea, who has scored a couple of goals and he is going to be fit for this weekend.

If I was going to make a guess, I would suggest Ralph will keep it the same as he did against Villa and go with Adams and Armstrong because it was a good win and the team played very well. That is why I’d be surprised if he altered it up front, but then at the same time Broja offers something a little bit different that the other two don’t. So, it is a nice problem for Ralph to have. 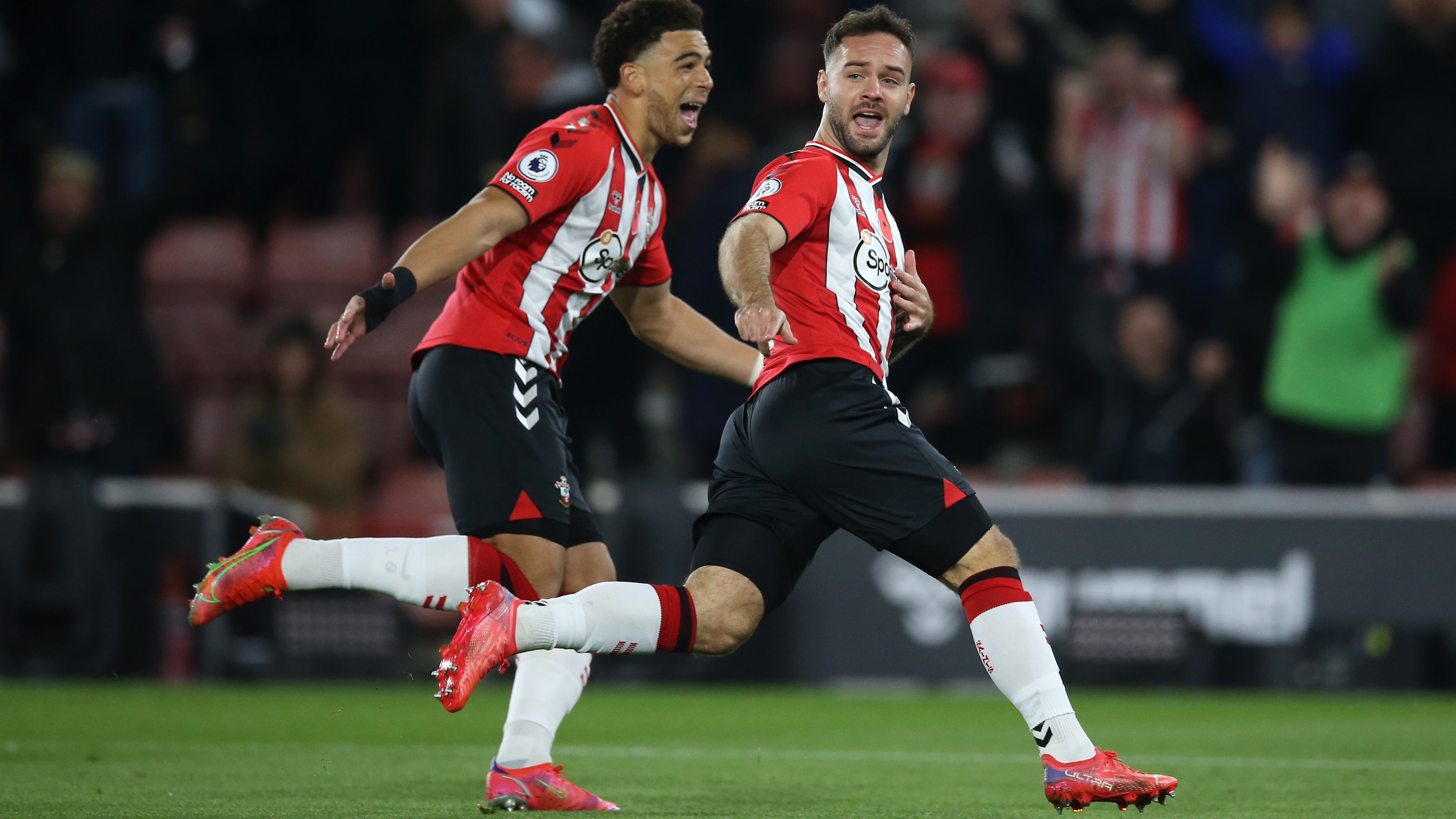 canaries.co.uk: What are you expecting from the game at Carrow Road when you consider Southampton's good form, but also the fact that Norwich have just appointed Dean Smith?

DS: I think that Norwich City are going to be more than up for the game, and I don’t understand the concept, or what has been said about Norwich, that they are already relegated. They are not that far of safety and the season is far from over. They have brought in Dean Smith and the idea is that he is going to come in and they are going to hit a bit of form and kind of kick on. I think Southampton will be wary of that.

There is always that fabled new manager bounce, whether exist or not I don’t really know, but you would expect to see an uplift in Norwich’s performances. Dean Smith is a very good coach. I guess the only solace Southampton can take is that they played Aston Villa with Smith in charge of them just before the international break and outclassed them in every department on the pitch. However, Norwich are a different team to Villa and it will be fascinating to see how it pans out in that regard.