Swansea City have enjoyed a great start to the new campaign and look to be one of the early favourites for promotion to the Premier League this season.

Prior to the Swans' Tuesday night game with Brentford, and Norwich’s fixture with Millwall, we spoke to Wales Online football reporter Ian Mitchelmore, who covers Steve Cooper's side, to talk about their chances this season and what he expects when they travel to Carrow Road.

canaries.co.uk: Swansea City have enjoyed a very positive start to the season, losing just one of their opening nine games. Is there an expectation that the club can challenge for the top two places this season having finished last campaign in the play-offs?

IM: All in all, it's been a hugely encouraging start, and after reaching the play-offs last time around, the Swans definitely feel they can mount another promotion challenge this season. Players like Matt Grimes, Connor Roberts, Freddie Woodman, Ben Cabango and Marc Guehi have far more Championship experience now and are much better for it. As for a top two spot, that will be incredibly difficult, particularly with the likes of Norwich City, Brentford and Bournemouth in the division. But Swansea’s squad is a balanced one now while Steve Cooper fully understands what it takes to deliver the goods in the second tier after an impressive debut campaign in senior management last time out. 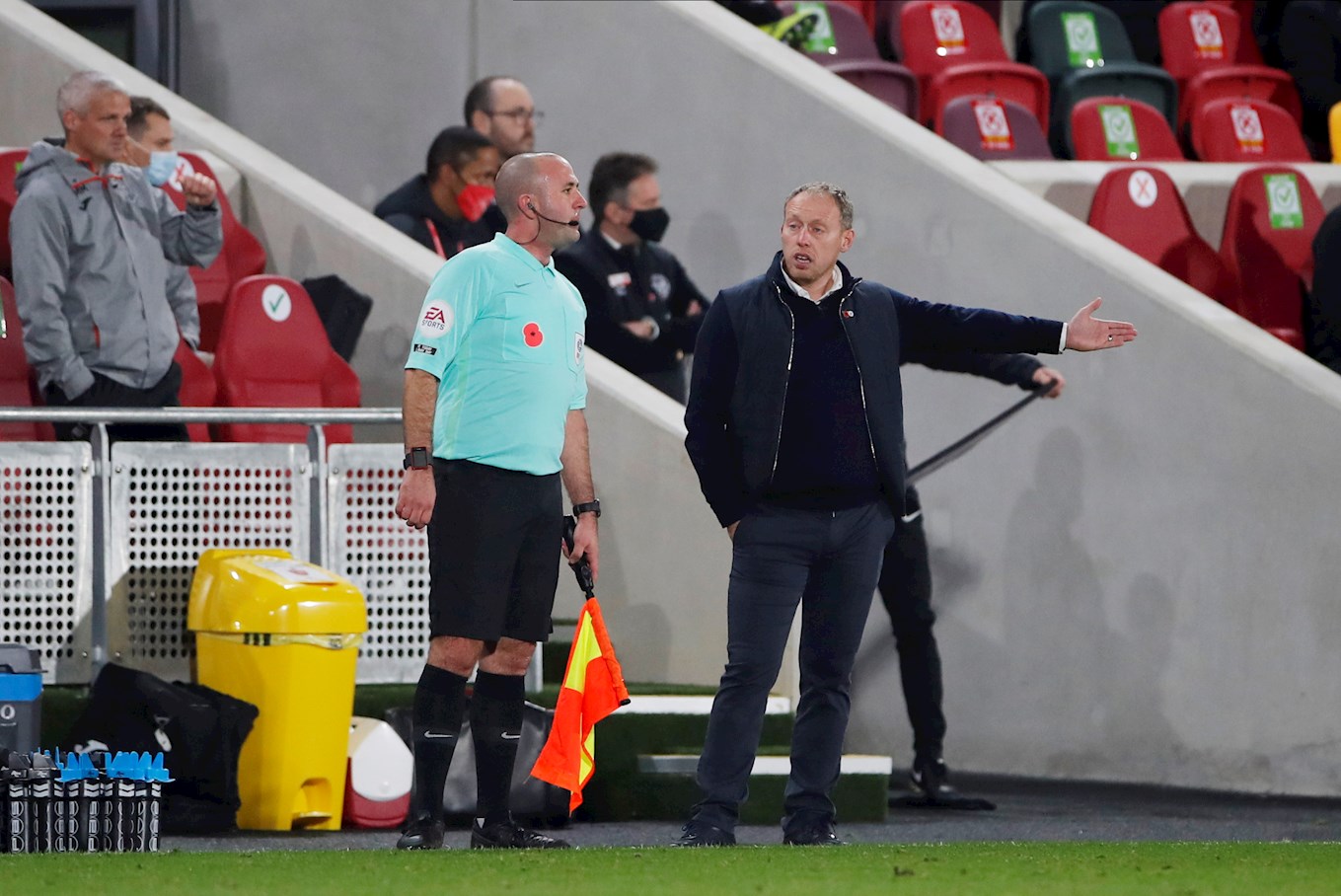 canaries.co.uk: Steve Cooper replaced Graham Potter at the start of last season. How would you assess his time in charge so far and are there any differences between how they play under Cooper to what the Swans did under Potter?

IM: Cooper – while not being a household name when he arrived at the club – came with a big reputation among coaches having guided England’s under-17s to World Cup glory in 2017. His ability to develop young talent was a major attraction for the top brass at Swansea after Graham Potter’s departure to Brighton. In terms of style, the Swans put a greater emphasis on defence now than they did under Potter, whose side was free-flowing in attack, although very open at the back. But, as a result, Swansea are incredibly tough to beat under the current regime, with Brentford, West Brom and Stoke City being the only sides to win by more than one goal against Cooper's men last term. And with the likes of Andre Ayew, Kasey Palmer, Jamal Lowe and Yan Dhanda in attack, they still have some great options at the business end of the pitch, making them a tough test for any Championship side. 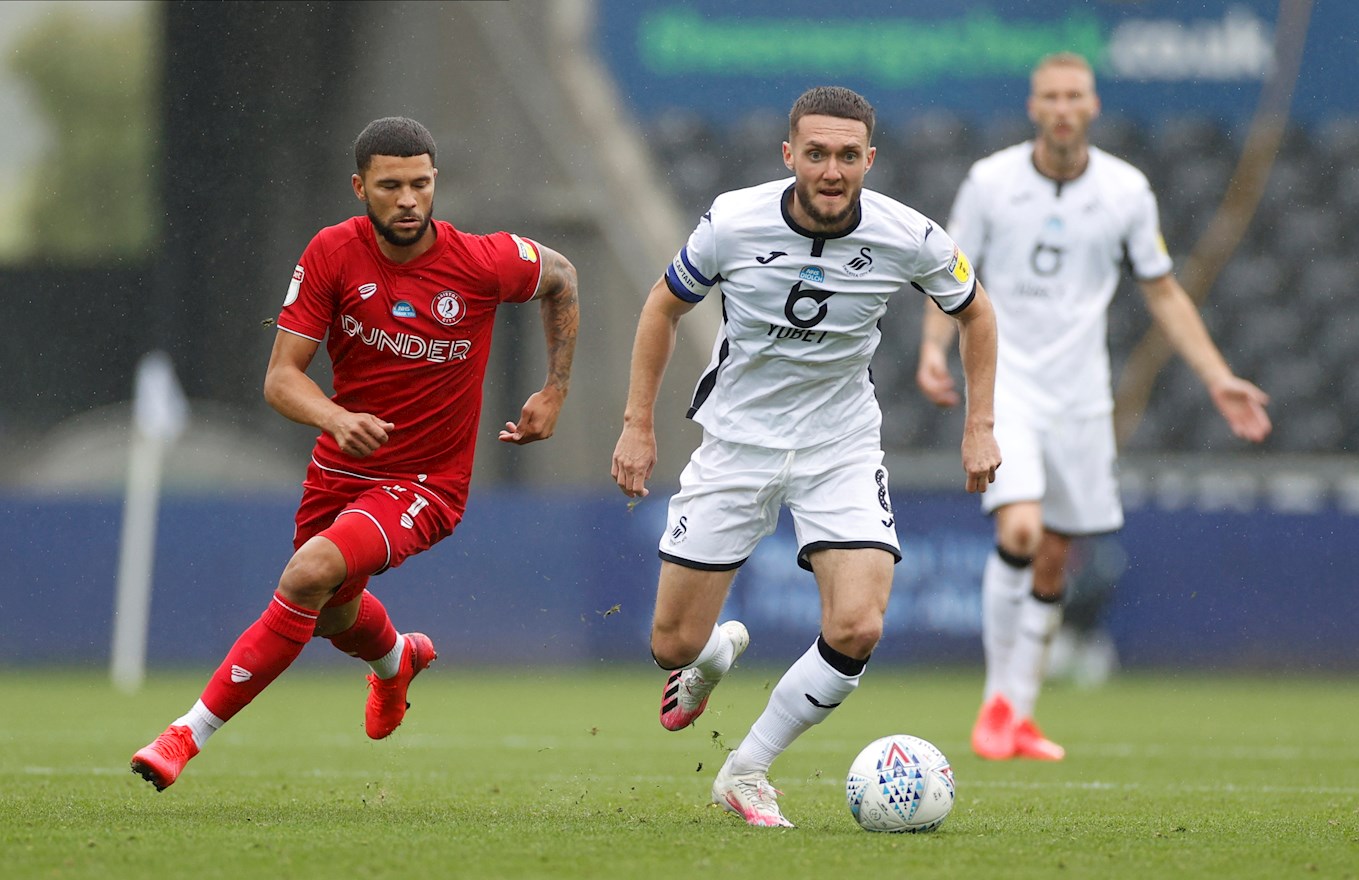 canaries.co.uk: Swansea were involved in some late deadline day action, with Joel Latibeaudiere, Ryan Bennett and Ryan Manning joining late on. How would you assess the Swans transfer business as a whole?

IM: In terms of squad depth, it was a hugely successful window for Swansea, and their best since being relegated from the Premier League in May 2018 by some distance. They lost a lot of experience with the likes of Mike van der Hoorn and Nathan Dyer departing while young guns including Rhian Brewster, Ben Wilmot and Conor Gallagher moved on to pastures new after successful loan spells with the Swans. And then of course there was the exit of Joe Rodon which represented a major blow to the club, with the Wales international being one of the most talented products of the Swans’ academy. But, unlike several other windows since relegation, Swansea were able to bring in a number of recruits, including those you mentioned on transfer deadline day. As a result, the squad is far more balanced now while there is more depth which allows Swansea to rotate in a bid to stay fresh during what is yet another gruelling Championship campaign.

canaries.co.uk: Five loan players have come in on deals to the end of the season. Which one of those players has impressed you the most so far and why?

IM: While not being one of the loan men, Ryan Bennett has already shown his experience at this level, which was absolutely vital given the aforementioned defensive departures. He has fully demonstrated his leadership skills during his time on the pitch so far, and that can only be a plus for the likes of Ben Cabango and Marc Guehi. Bristol City loanee Kasey Palmer impressed off the bench in the 2-0 win over Stoke City, and he looks like a man who can provide some much-needed flair and guile in the final third in the absence of Morgan Gibbs-White, who is sidelined until January due to a foot injury. Gibbs-White has been a huge loss for the Swans as he started the season in fine fashion after joining on loan from Wolves, scoring the winner at Preston as well as playing a key part in goals against the likes of Wycombe Wanderers and Millwall. 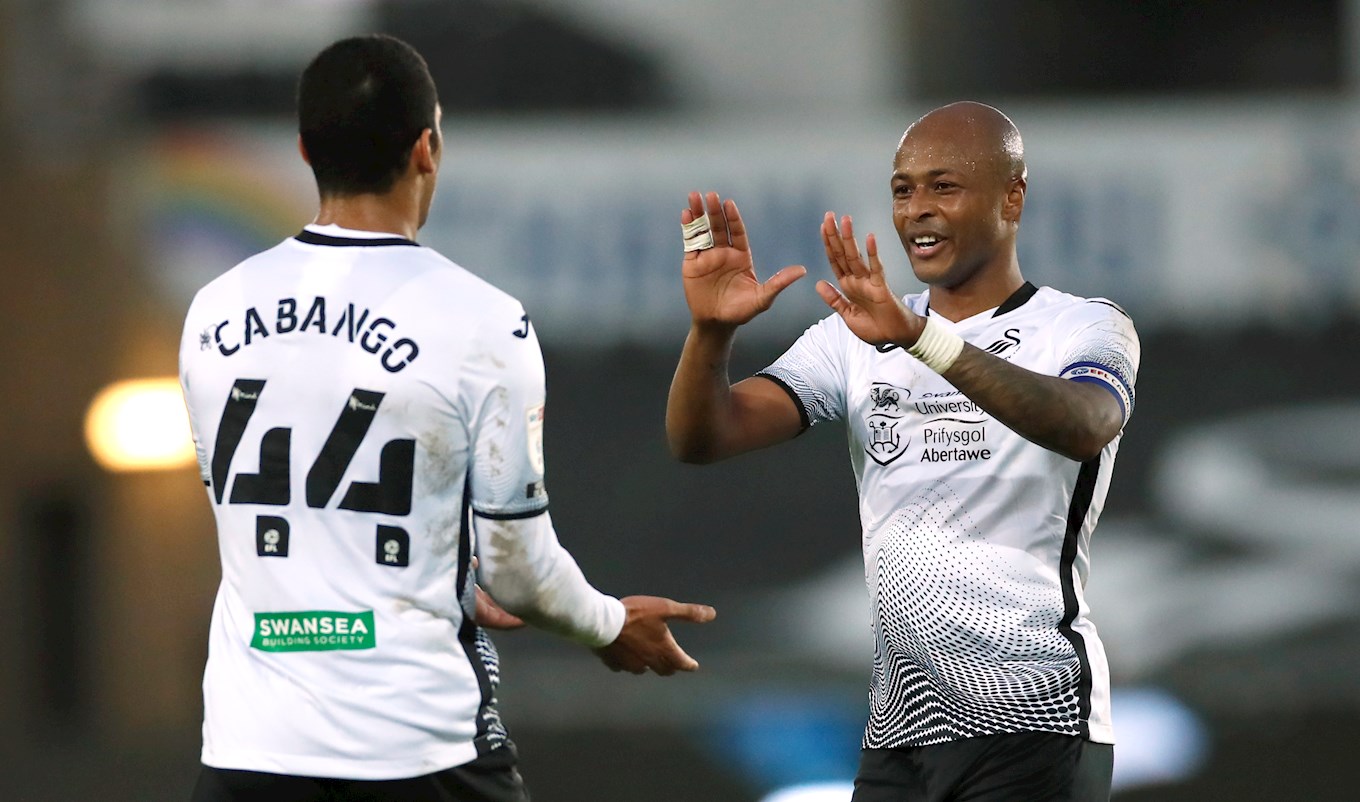 canaries.co.uk: Andre Ayew is arguably the biggest name in the Swansea squad, and he has already added four [now five] goals this season. How is the partnership between him and Jamal Lowe blossoming and at 30 years of age what does he bring to the squad in terms of leadership?

IM: To put it simply, Ayew is operating well below his level. He netted 18 goals in all competitions last season following his loan spell with Fenerbahce. He is a constant menace for Championship defences, and his work rate makes him a complete player at Championship level. Lowe has shown glimpses of quality so far and has netted against Wycombe and Bristol City. The Swans' current system arguably doesn’t bring out the very best of Lowe, although he’s still adjusting to his new surroundings. The former Wigan Athletic man is blessed with pace while his ability to beat a man makes him a real threat, particularly in wide areas. As a pair, they will no doubt cause problems this season, although most notably when they both drift out wide and stretch defences.

canaries.co.uk: Like Norwich, Swansea City are a very possession-based team. How do you see them approaching the match at Carrow Road considering they are coming up against a side very similar to themselves in terms of style?

Norwich have a squad packed with talent, and Cooper will be only too aware of that. They won't sit with 10 men behind the ball at Carrow Road, although they certainly won't be daft enough to go gung-ho either. Swansea always look to carry a threat from set pieces, and with the likes of Cabango, Guehi and Bennett in their ranks, they can be a real handful in the 18-yard box. The first goal could well be crucial in this one, although, away from home against such stellar opposition who were in the Premier League last season, Swansea would probably be very pleased with a point.