Ahead of the weekend, canaries.co.uk spoke to Liam Keen, who covers the club's fortunes for the Express & Star, to find out more.

canaries.co.uk: Raul Jimenez has made a great recovery to return from what was a life-threatening injury and he's got three goals so far this season. Does he have an extra appreciation for scoring goals now, given what has happened?

LK: Certainly. We spoke to him in person after the West Ham game and he said as much. Every goal is special for him now, he has to appreciate his career and his life because, as you say, it was not only career-threatening but life-threatening.

The surgery he had so quickly after the injury is what saved his life really. The fact that he's come back in remarkably quick time is testament to him and how strong and resilient he's been in that regard.

A lot of people have got a lot more respect for him coming out of that. It is more special for him and it's taken him a bit of time, it's not been an easy transition back into football.

He scored a couple of goals in pre-season, had a few good games and a few quiet games. He took a little bit of time to get up to speed in the Premier League, without any particularly poor performances because he's obviously a top quality striker.

He's now starting to hit his stride again, which is great to see, and it's great for Wolves, because, as you saw last season when he wasn't in the team, he's so important to the way they play.

With the depth of the squad, they haven't really got a striker like him, so the fact that he's back and playing as well as he is in current form is brilliant. 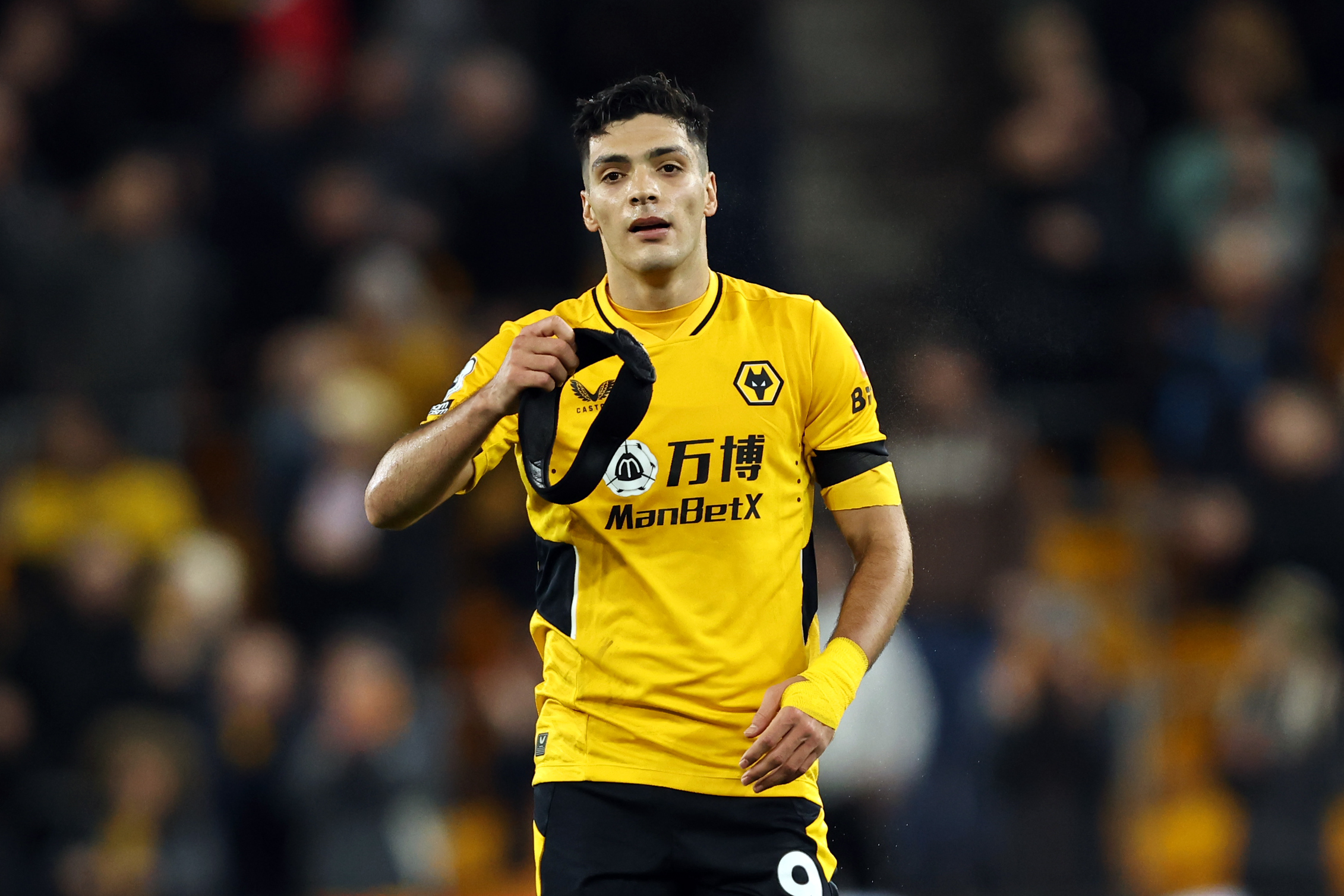 canaries.co.uk: He was a key player under Nuno Espirito Santo. Now they've got Bruno Lage in charge, how do you think things are going for Wolves as a whole?

LK: Last season was a bit lacklustre and injuries played a massive part, but Wolves went on a very difficult run around the festive period. Nuno had to change the style. Ironically, he tried to play a bit more attacking at the beginning of the season and it didn't quite work out so he changed back to a style that wasn't particularly entertaining. It was quite dull, to be honest, so it was quite a difficult season.

Bruno coming in after Nuno, who was arguably one of Wolves' greatest managers for a few decades at least, certainly in my lifetime, to follow on from that so far I think he's probably overachieving.

It's a very talented squad with brilliant, international players, but it is probably a bit too small in terms of the squad size. That's the major concern or criticism from supporters, that they wanted a bit more transfer activity in the summer just for depth.

They've got three senior central midfielders and in January they're going to lose a couple of centre-backs to the African Cup of Nations and be a little bit short, so that's the major concern, but so far they're managing to overachieve despite that.

They've been a little bit inconsistent in games and consistency has been the biggest problem, particularly within performances, not just results.

Crystal Palace away was really poor, but then you have the first half at Everton, which was probably the best I've seen Wolves play for many years. They completely dominated West Ham for 60-70 minutes before sitting back a little bit, so this team is starting to get to grips with what Bruno wants and that is to look after the ball more, keep hold of possession more and to be more on the front foot in an attacking style.

Under Nuno, it was much more of a counter-attacking, solid base style in defence. They're changing the tactics with largely the same squad, so that's why it's taken a little bit of time, but everyone would agree that Bruno's doing a very good job, particularly under the circumstances. 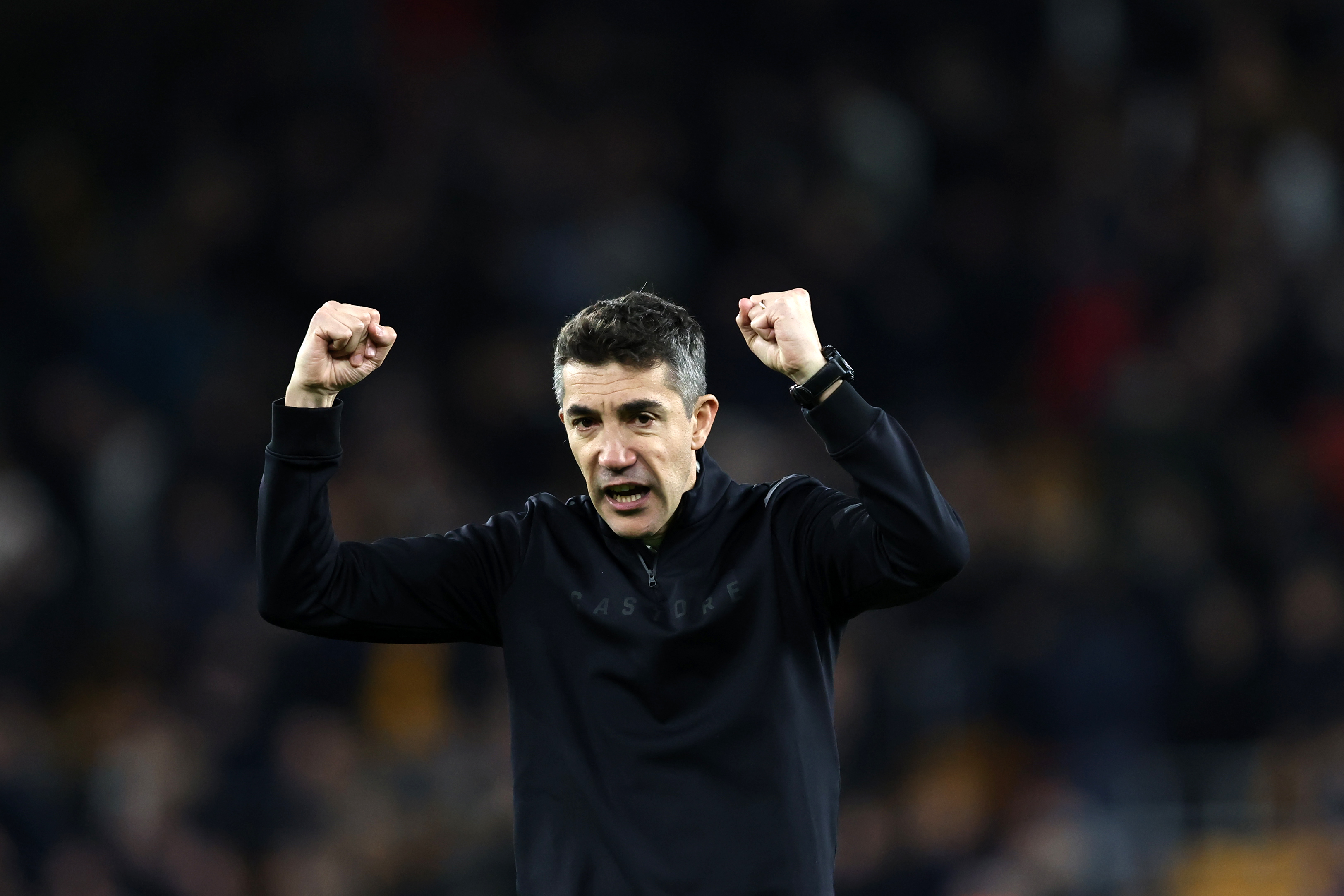 canaries.co.uk: Wolves are sixth in the league at the moment so it's been a good start to the season. With the squad size in mind, what do you think the targets should be? They were in Europe not long ago but finished 13th last year.

LK: As a bare minimum, they have to make an improvement on 13th because that was a disappointment, with Raul's injury and other injuries elsewhere to Pedro Neto and Daniel Podence. It was understandable in some ways.

I predicted at the beginning of the season, taking into account the squad size and the transfer activity, probably somewhere around 12th to 10th would probably be a decent return, particularly in the first season with a new manager.

You have to adapt those expectations a little bit considering the start they've made. They are going to have a tough run in over the festive period. They've got Norwich and Burnley coming up and no disrespect to those sides, but Wolves would hope to get some points out of those games at least.

After that, they play Liverpool, Manchester City, Chelsea, Arsenal and Manchester United all within the space of a month from December 4 to January 3, so we'll know more about this Wolves team come the new year and where the expectations really are.

Internally, the club want top ten. I think Bruno thinks they can give a bit better than that as well. With the talent in the squad, they can certainly get into Europe. Is the depth going to hold them back and can they do enough business in January to help them consolidate those positions? Potentially.

January is going to be a big month for them in that regard, so I think 10th or top eight would be very good. Maybe 10th would be more realistic. 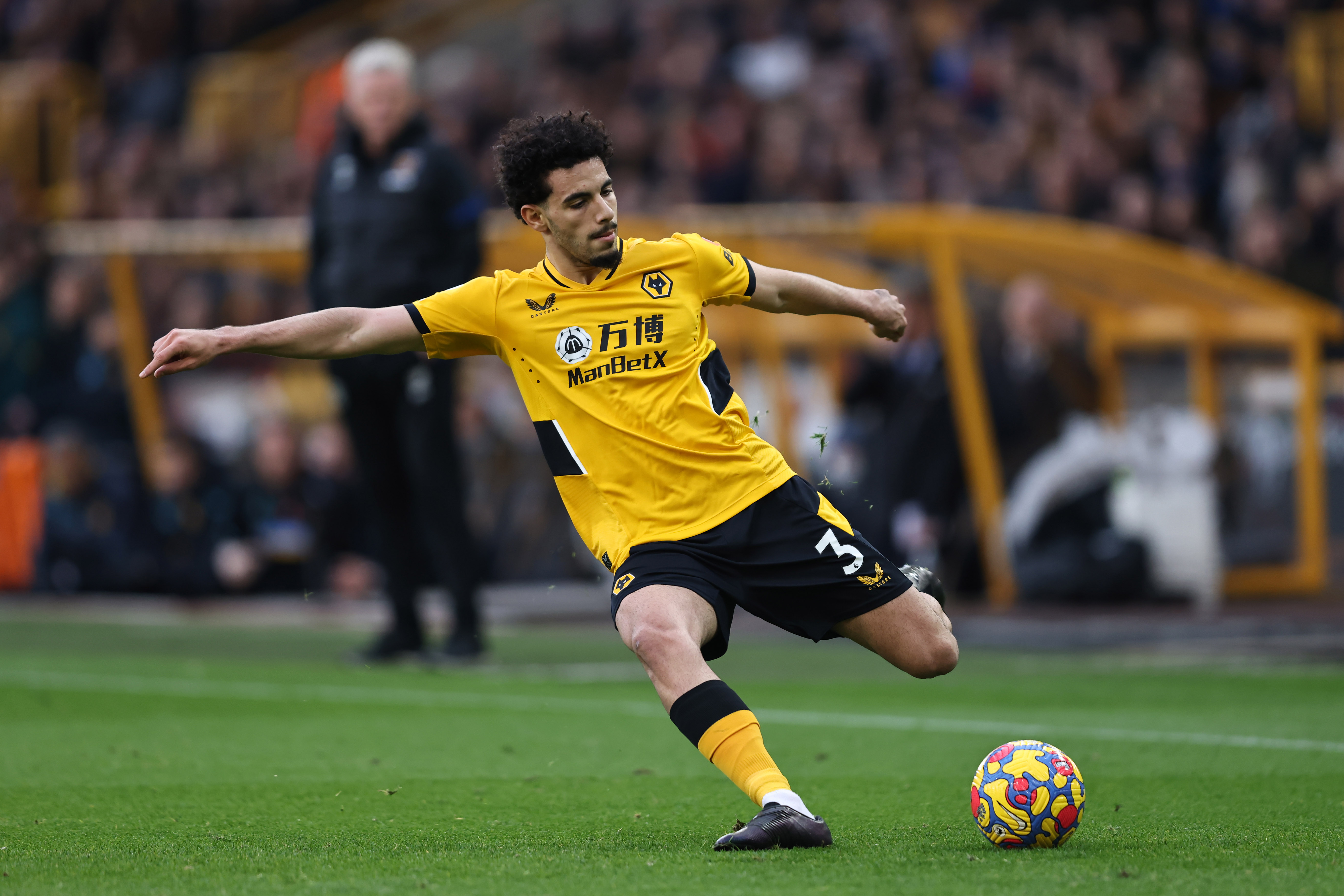 canaries.co.uk: Tell us about the impact of Hwang Hee-chan, who is on loan this season and is the club's top scorer with four goals.

LK: He's been a breath of fresh air. When Diogo Jota left for Liverpool, there was a bit of a hole in the squad. Pedro Neto filled it to an extent but he's also a very different player to Jota. He's extremely talented, don't get me wrong, and he'll be massive when he comes back from injury, but a different player.

Hwang is quite similar to Jota for me in the fact that he's very aggressive on the ball, works very hard defensively as well as going forward. He's quite stocky, so he's very different to the other Wolves forwards with his body shape and type.

He offers something very different to what the rest of the squad offer. All of Podence, Neto, Francisco Trincao and Adama Traore offer very different qualities, so I think he's been a brilliant addition.

He's got a good eye for a goal and very good, calm finishing and he scored a couple of important goals at a time when Wolves were struggling to get goals, particularly with the two against Newcastle United

He's been great and his link-up with Raul has been important as well. Raul, throughout his Wolves career, has had different partnerships to link up with such as Jota, Traore, and now nicely with Hwang, so that relationship is going to be of benefit to Wolves. 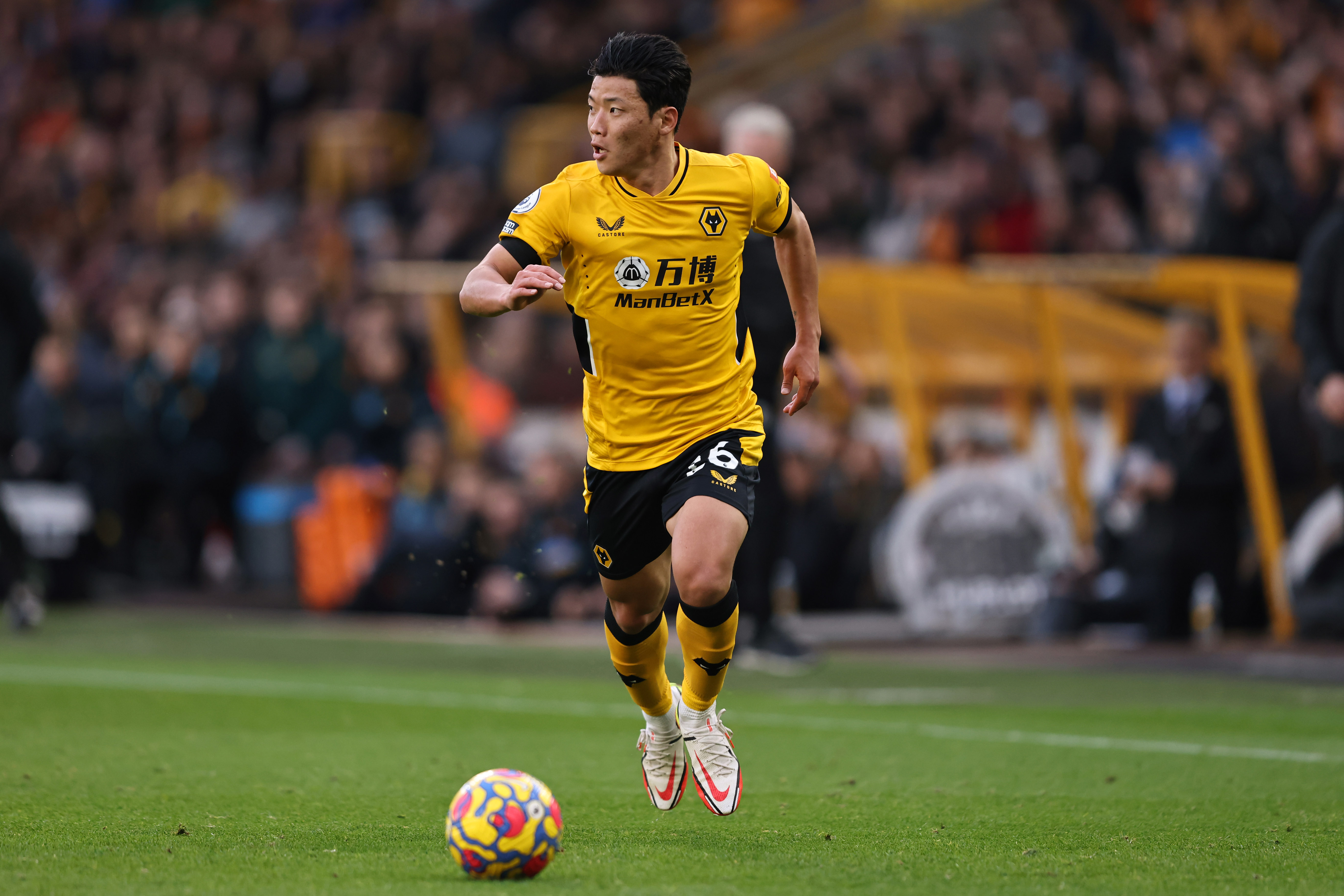 canaries.co.uk: What are your thoughts on how things could go for Norwich under Dean Smith?

LK: It's almost an unknown because Norwich have had their struggles but they've now hit their best form with two wins in a row, albeit under two different managers.

My personal opinion on Dean Smith is that he's a very good manager. I think in some ways he's a little bit old school, which I don't mind, with a modern twist on it.

He likes to play three midfielders as far as I'm aware and I know he did that a lot of the time at Aston Villa as well. Dean Smith's Villa were always difficult to play against.

Earlier this season, Wolves came back to win 3-2 against Villa and on the balance of play, Wolves certainly did not deserve to win that game or get a point.

They were abysmal really for 80 minutes, got one goal and inevitably their tales were up and they somehow managed to get another two.

I'm expecting a very difficult side for Wolves to come up against. Dean has his sides very well drilled. Having covered Walsall previously and spoken to people at the club about his time in charge, he was very highly thought of there.

He's come through the traditional route of managers and found himself in the Premier League, getting a deserved second chance after what I thought was a slightly harsh dismissal at Villa.

I'm expecting a stern test with a well-drilled side, considering the table as well. A lot of people write Norwich off because of the start they had, but you look at how tight it is down there and they've got every chance now with Dean.

They've got some good attacking players like Milot Rashica and Teemu Pukki, who seems to score every other week. They've got a good chance.