With Black History Month 2021 taking place throughout October, we’ve looked back to celebrate some of Norwich City’s most iconic black players.

Few could have anticipated the legendary status Alex Tettey would go on to achieve at Norwich City when he signed from Rosenborg in 2012.

Tettey became a mainstay across the best part of a decade. Throughout the ups and downs, each Norwich manager needed to call on their Norwegian midfielder to deliver reliable performances.

He made a total of 263 appearances for the club and helped to empower young people through his work with BADU Sports.

In March 2014, he scored one of City’s most memorable Premier League goals with a stunning volley at home to Sunderland.

Speaking of stunning topflight volleys, they don’t come much sweeter than Fashanu’s left-footed strike against Liverpool in 1980.

The first openly gay footballer, academy graduate Fashanu was inducted into the National Football Museum’s Hall of Fame in 2020.

In 1980/81, he scored 19 goals in the top tier for the Canaries before moving to Nottingham Forest for £1million - then a record fee for a black player.

Amal Fashanu, niece of Justin, recently appeared on our Challenging Stereotypes series which, in collaboration with War Paint for Men, discusses stigmas around mental health among men and in football.

Ekoku may not have made as many appearances for Norwich as the majority of players on this list, but he did score 16 goals in 41 games during his time at the club.

Four of those came on that unforgettable day at Goodison Park, when Ekoku became the first player to score more than three goals in one Premiership game as City beat Everton 5-1 in 1993.

He also featured in the club’s UEFA Cup campaign and scored Norwich’s first ever goal in a European competition in the first leg of the tournament’s first round against Vitesse Arnhem.

Jerome has scored goals wherever his career has taken him, but it was at Norwich City between 2014 and 2018 when the striker was at the peak of his powers.

He scored a total of 42 goals in 138 games for the Canaries, including the opener in the 2014/15 Sky Bet Championship play-off final, when Norwich beat Middlesbrough 2-0.

Scoring in an East Anglian Derby was another good way to earn the adoration of the Norwich City faithful!

Returning to the subject of the 2014/15 Championship play-off final, the other goal was scored by this man.

Redmond chose to join Norwich rather than Swansea City when he left Birmingham City in January 2013, and 13 goals in 123 appearances suggest it was the right decision.

Of course, Redmond also scored one of the goals that got Norwich to Wembley in 2015, against Ipswich Town in the play-off semi-finals at Carrow Road.

After leaving Tottenham Hotspur following a loan spell at Wolverhampton Wanderers, Bassong hit the ground running in his first season at Norwich City.

The Cameroonian made 35 appearances and scored three goals in all competitions during the 2012/13 season, and became the first overseas player to win the fan-voted Barry Butler Memorial Trophy.

Following Grant Holt’s departure from the club in August 2013, Bassong was handed the captain’s armband and went on to make a total of 135 appearances for the club.

Ipswich-born Fox featured in some of the best seasons in Norwich City’s history, playing an important role in the inaugural Premier League campaign of 1992/93, when Norwich finished third, and in 1993/94, when the Canaries beat Bayern Munich on the way to the UEFA Cup last 16.

Fox became an inaugural member of the Norwich City Hall of Fame in 2002, which he was voted into by club supporters.

After spending three years in the youth setup at Norwich City, Dublin was released and recruited by Cambridge United, where he featured regularly.

With City back in the Championship in 2007/08, Dublin ended his career as a pro in style, winning the Barry Butler Memorial Trophy ahead of his final game against Sheffield Wednesday. 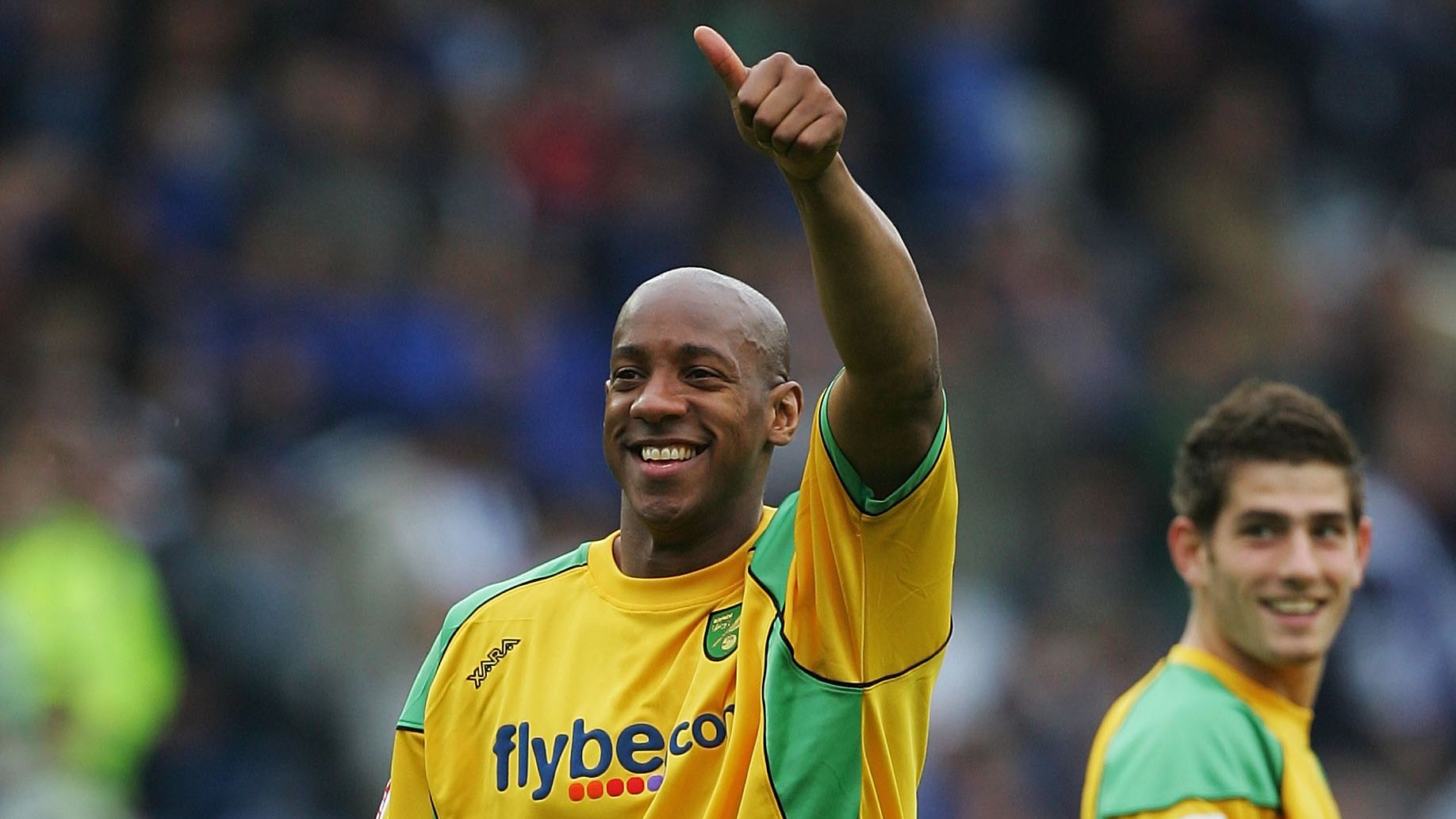 After winning the League One title in 2009/10, Jackson was one of ten permanent signings made the following summer.

He scored 13 goals in 39 Championship appearances in 2010/11, including a hat-trick at home to Scunthorpe United.

However, the most notable goal of Jackson's will always be his strike at Fratton Park, which secured City's promotion to the Premier League with a win against Portsmouth.

Last minute equalisers, scoring against Ipswich - it's easy to see how Hernandez quickly became a fan favourite at Carrow Road.

He scored nine goals during the 2018/19 Championship winning season, including an unforgettable double in the 94th and 98th minutes against Nottingham Forest.

It was a proud moment, then, when Hernandez became the first Cuban to ever play in the Premier League when City faced Liverpool at Anfield for the start of the 2019/20 season.