City’s Club chaplains have made it through to day four of their Seven in Seven marathon challenge, with Sporting Director Stuart Webber joining them for today’s run at Colney Training Centre.

Jon Norman, Club chaplain and senior pastor at Soul Church in Norwich, and Lewis Blois, the Club’s Academy chaplain, started their challenge to run seven marathons in seven days on Easter Monday to raise funds for a new church building.

After running 26.2 miles along Marriott’s Way on the first day, day two then saw them run the marathon distance around the city centre, before completing two loops of the ring road yesterday.

Their fourth marathon started at midday today at the training ground where Stuart joined in for the full 40 laps of the training pitches, with other Norwich City players and staff joining in for part of the run. 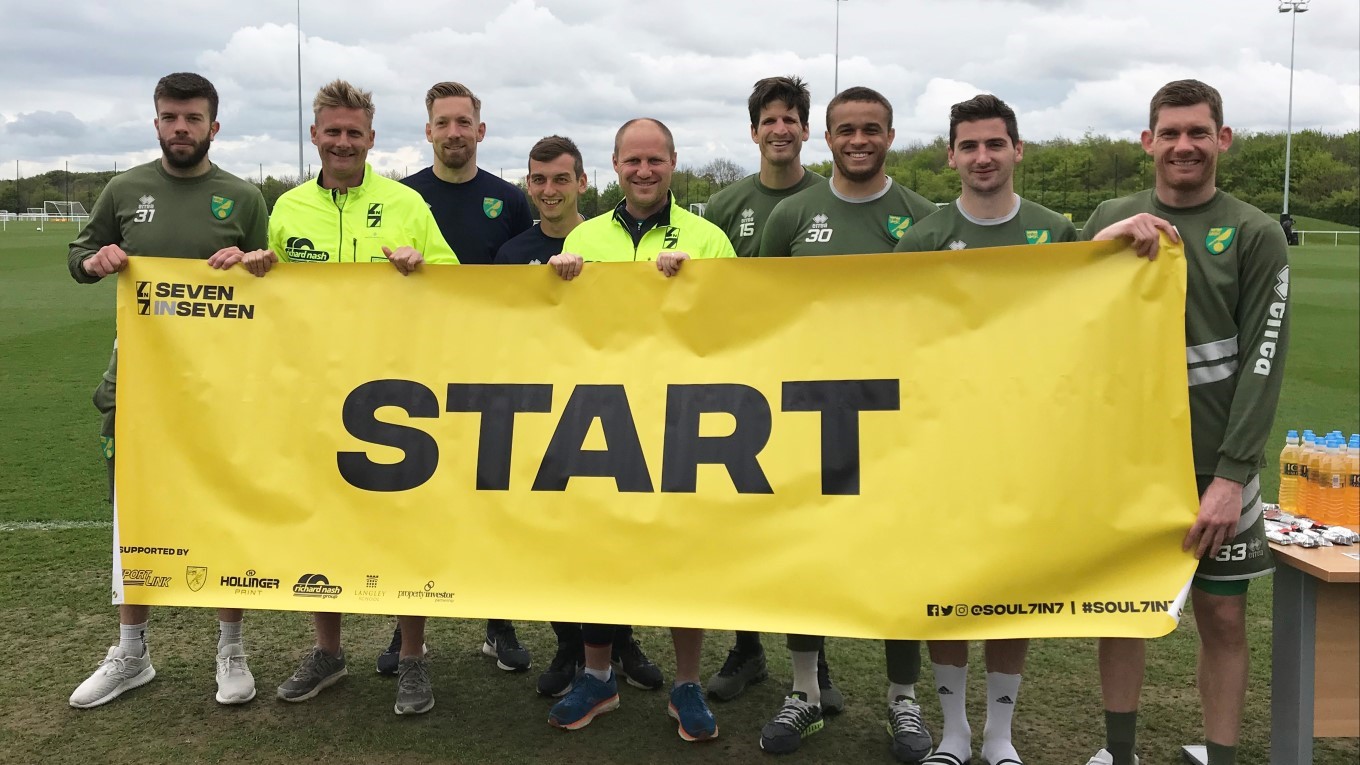 Speaking ahead of today’s challenge, Jon said: “It is going really well. We’ve got a lot of aches and pains and it’s definitely harder than I imagined, but I think the reward is also going to be greater than I imagined.

“We are really grateful for Norwich City for giving us the opportunity to run 40 laps around Colney and the partnership between Soul Church and Norwich City has been fantastic.”

Lewis added: “Having a few staff members and people from the Club joining us too helps to keep us going. Stuart is doing the distance with us but he will probably be a lot quicker than us, so we are expecting him to lap us about 10 times!”

The duo will continue tomorrow with a run from Cromer to Sea Palling, and on Saturday they will be running around the city again, finishing at Carrow Road for the Blackburn game. The final day on Sunday will see them run from Soul Church to their Heartsease Lane Site five times over.

Lewis said: “There’s a nice buzz about being at Colney and then tomorrow we will have nice scenery around Norfolk and then Saturday with the game as the finish line it will be amazing and that is driving us on.

“We feel like we are going to be over the hill after today’s run, we will be over half way and will have done over 100 miles so that is going to be quite significant and then the end will be in sight for us.” 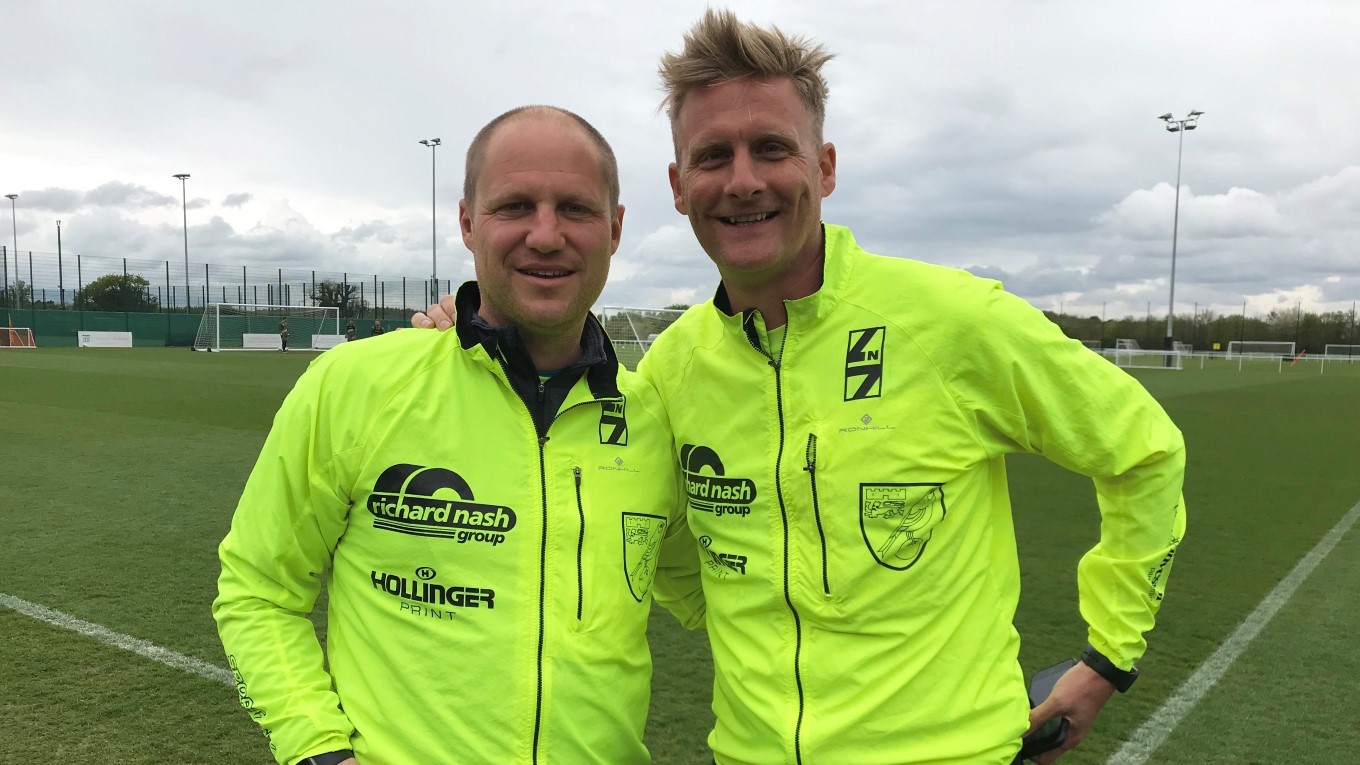 Jon and Lewis have been completing each route in five to six hours, and have been fuelling their bodies with porridge and plenty of beans on toast.

Jon said: “We’ve been mostly running, occasionally we have to walk just to have a stretch and a drink, but we are trying to run as much as we can."

Lewis added: “The weather on day one knocked us back a bit. We haven’t suffered with blisters all through training but on day one with loads of heat we suddenly had loads of blisters and it took about 20% out of us. Fortunately, we had a guy behind us with drinks so we could stay hydrated, but it was very tough.”

The new church building will create a bigger home for the Soul Foundation, a not-for-profit organisation that provides a helping hand to those who are most in need within Norwich, the surrounding areas and internationally. 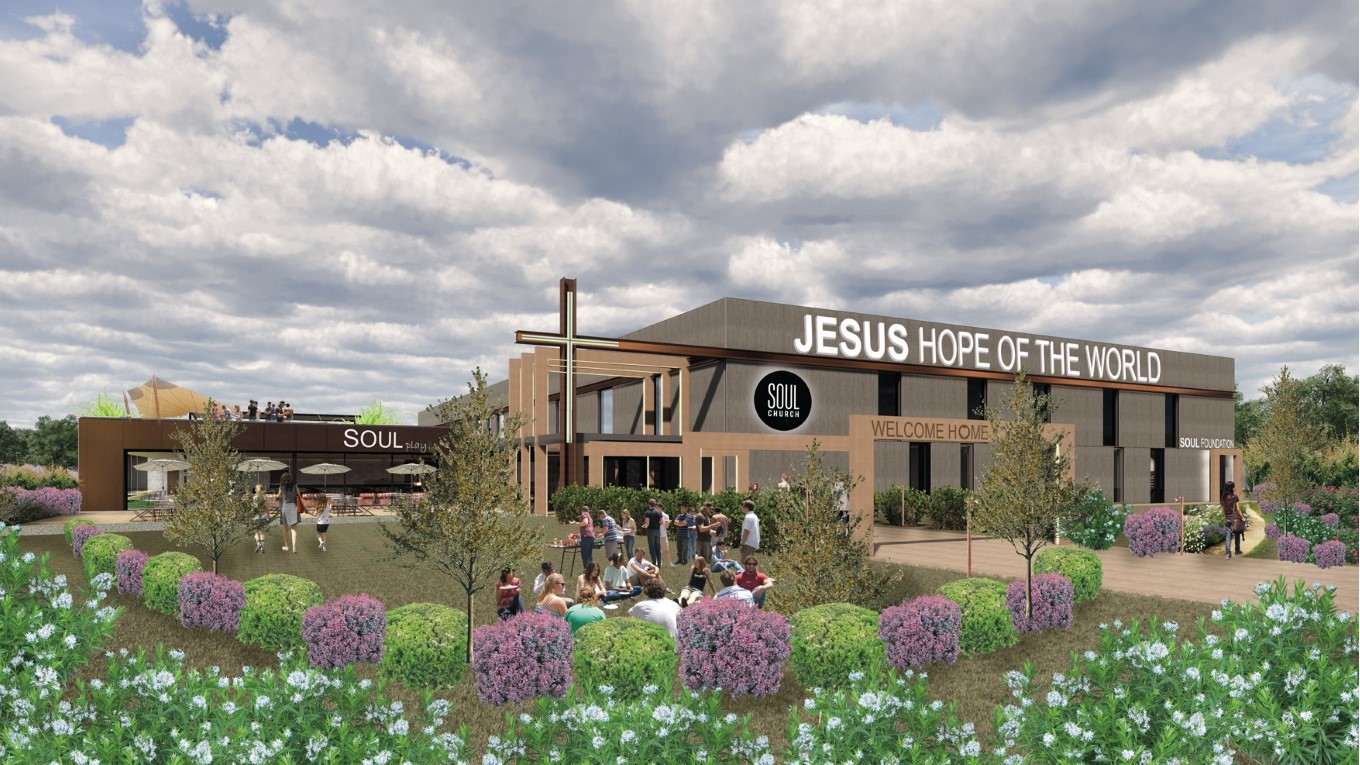 Jon said: “We are so grateful for all the support we have had, everyone has been amazing and I love the way it has pulled the community together from all over.

“This project has always been not so much about the building, even though we are raising money for a new building. It has been about changing lives because it is what happens within the walls of that building.”

Commenting on the Club's support for the challenge, Stuart said: “The work that Lewis and Jon do for us and Soul Church in general is amazing and for us to have the opportunity to give a bit back in terms of using our facility and our ability to reach a lot of people in terms of raising awareness is great.

“There’s also lots of staff who wanted to help and do a bit of the run and some of the First Team boys have done a bit and it’s just showing the boys that we really appreciate them and the work they do.”

To find out more and sponsor Jon and Lewis on their run, CLICK HERE.