On-sale dates and information on the match pick process for Norwich City’s 2021/22 Premier League fixtures have been revealed.

On Monday, August 9, tickets for the first away match of the season against Manchester City (Saturday, August 21) will go on sale.

All ticket sales windows will open from 9.30am and be available online at tickets.canaries.co.uk or by calling the ticket office on 01603 721902 (option 1).

Tickets will be released as per the previously communicated sales groups, with the number of games attended in the 2018/19 season based on the data held within our ticketing system.

Please note, ticket and matchday attendance at Carrow Road is subject to change.

We would like to ask supporters to remain as flexible as possible due to the changing Covid-19 environment. The club continues to await further guidance from the Premier League and will issue an update to its supporters via official channels in due course. 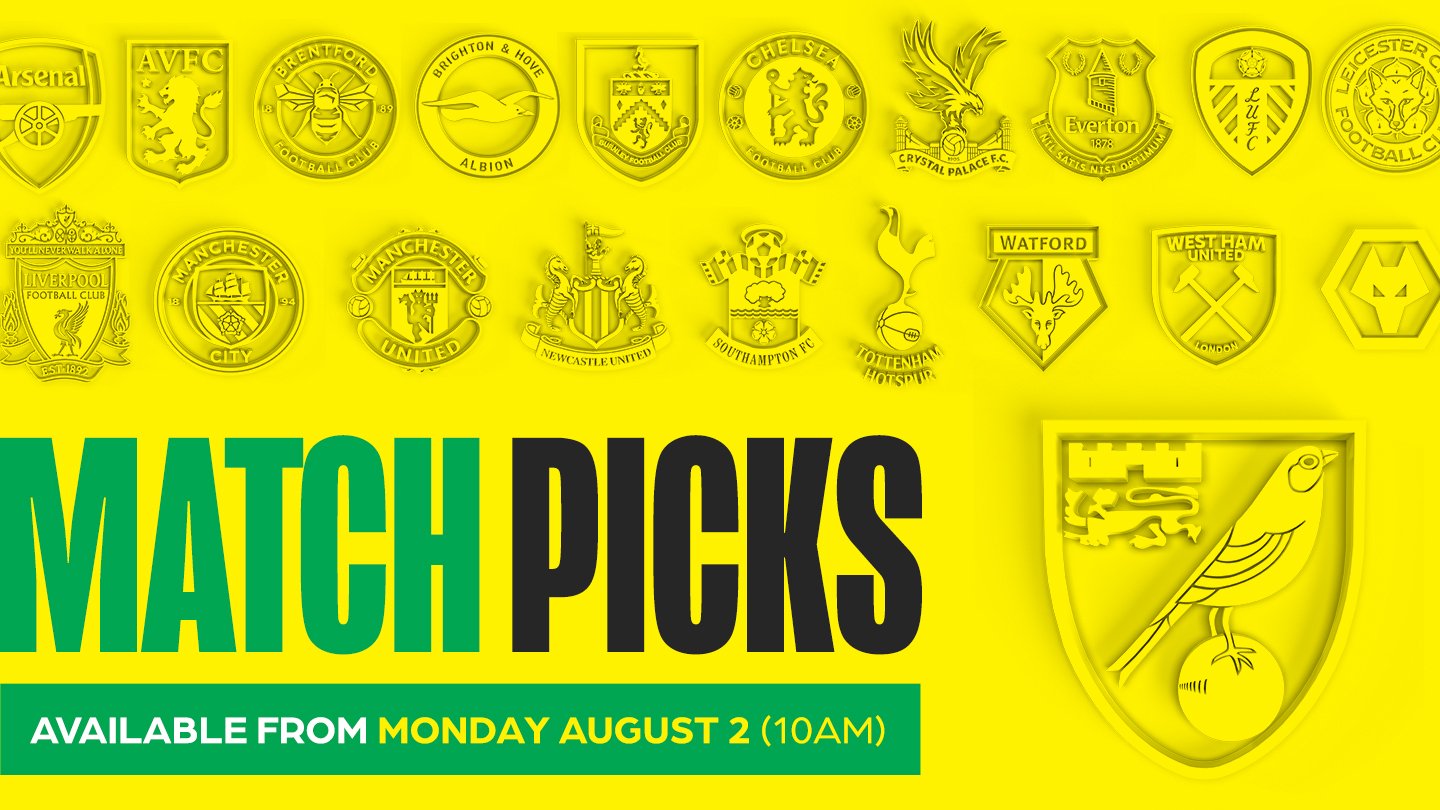 Eligible members will be able to select their match pick between Monday, August 2 (10am) and Wednesday, August 4 (5pm), online at tickets.canaries.co.uk or by calling the ticket office on 01603 721902 (option 1).

Home, international, under-21, under-18 and under-12 members (excluding top-up) who purchased before Friday, June 18 will be eligible for a home match pick.

Away, under-21, under-18 and under-12 (including top-ups) who purchased before Friday, June 18 will be eligible for an away match pick.

Please visit tickets.canaries.co.uk/matchpick for a step-by-step process on how the match pick will work. All eligible members will also receive a letter in the post informing them of the match pick process and information on how to access tickets within their sales group. International members will not receive this communication in the post but will instead receive direct digital communication via email. This letter will be received separately to the membership pack.

Membership packs are currently in production and members will receive an update via email in the coming days, with packs due to land before the opening game of the season. 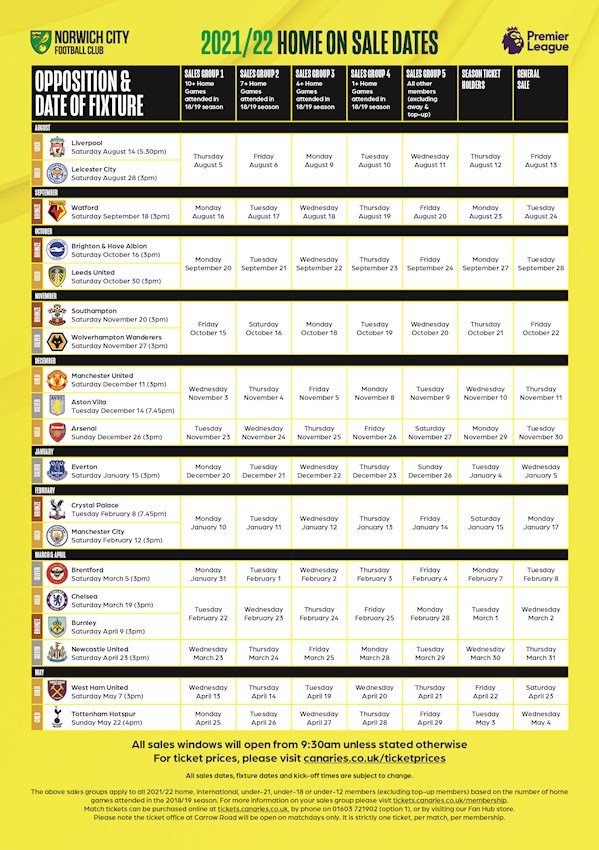 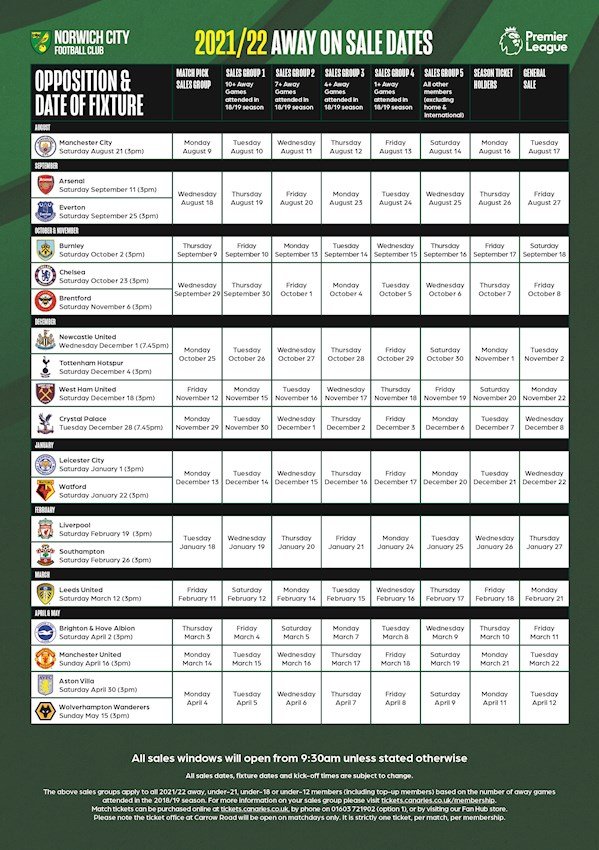