Daniel Farke: It was another step forward

Daniel Farke was pleased with the step forward his Norwich City side made in their goalless draw against Brighton and Hove Albion.

Despite admitting his team would have preferred to have taken a bigger step with three points, Farke was keen to highlights the positives from the performance.

City created plenty of chances throughout, particularly through strike duo Josh Sargent and Teemu Pukki, but they lacked that cutting edge on the day to get the three points.

"We were rock solid in terms of defending and wanted to take the next step by winning points but sadly we have to accept that it’s just a small step with one point and not the big step that we would have, of course, liked even more.

"The final bit to be clinical to score was missing again. We created enough scenes to score today but sadly we didn’t bring the ball over the line.

"For that, we are not over the moon tonight, but again, I just have compliments for the performance and the commitment and workload of my lads." 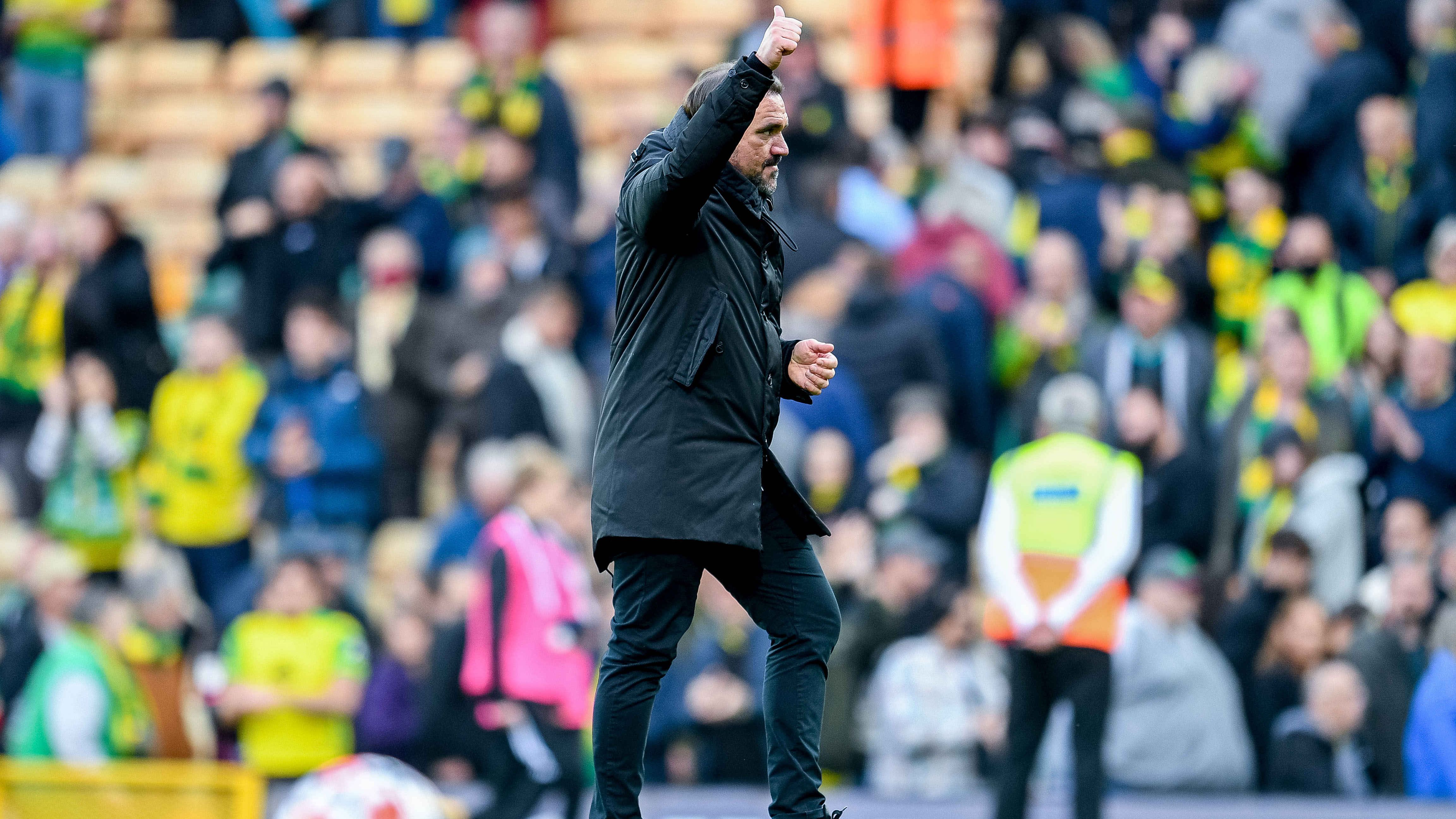 Farke spoke about the chances missed in more detail: "We were much closer to winning the game. We were rock solid in our defending and against a side who have conceded just five goals.

"We created so many chances in order not just to score one goal, when I think about the situation with Josh Sargent in the first-half - he could have put the ball in an empty net.

"In the second-half when Teemu (Pukki) played the ball through, he (Sargent) was one against one on the goalkeeper and he should have been there with a better first touch. Teemu then had a good chance after a great through pass from Max Aarons.

"I would say for a Premier League game, we had more than enough to win it. But sadly the final piece was missing and that’s just what we have to criticise. We have to be self-critical and we need this composure and cutting edge to finish these situations.

"But nonetheless, it was a top performance in many areas and I’m quite pleased. It’s another good step in the right direction."