Daniel Farke: We were not clinical enough in our defending to win these points

Head coach Daniel Farke admitted that his side were not clinical enough in their defending to earn the right to take points from the match at home to Watford.

The Canaries lost the game 3-1, with Emmanuel Dennis and Ismalia Sarr (2) scoring for Watford. The home side, after conceding early on, had done well to battle back to level through a Teemu Pukki goal, superbly set up by debutant Mathias Normann.

However, it was the defensive errors that frustrated Farke when analysing the team’s performance.

“Football is quite often a game where the team who is there with less mistakes, wins,” he said. “To be honest in our defending behaviour we were there with too many mistakes today to earn the right to win the points. I think this was key to losing this game and for that it is also then a deserved result for the win for Watford.”

Alongside Mathias Normann, Ozan Kabak was also was making his debut. Farke said that both players showed promising signs as to why the club signed them, but added that in the goals the team conceded they will have wished they could have done better.

“Mathias and Ozan had several good situations but there were also a few situations where they probably would have wished that they had done better," said Farke.

“It was not easy for them. I think overall you have to say that it was a good and proper debut and they showed why we wanted to sign them, but crucial today were the goals that we have conceded because it was a tight game. 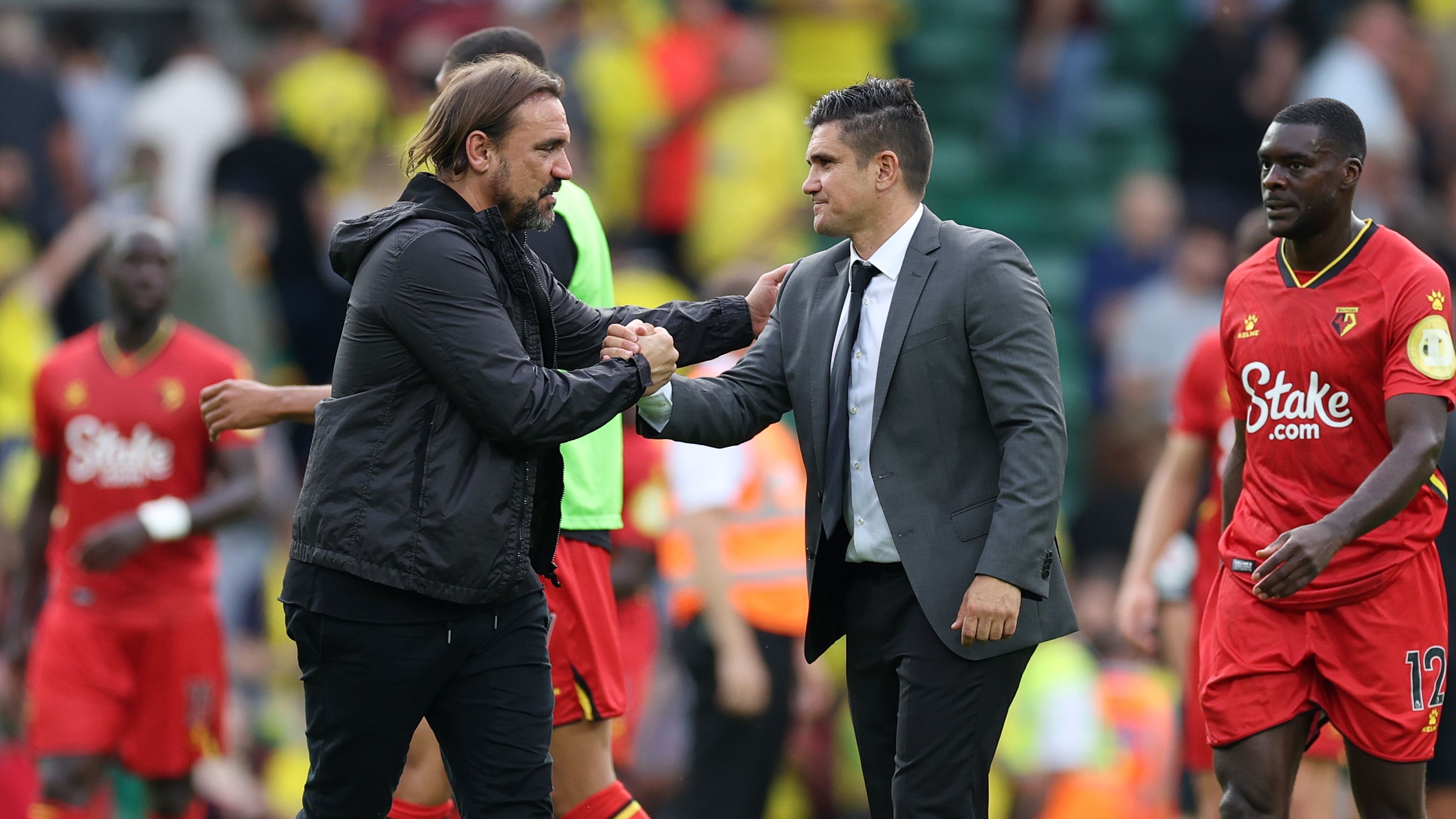 “It was 50/50 per cent possession and 12 shots on both sides but our defending behaviour was not clinical enough. You have to say that there was not one situation where we were on an underload.

“So, it is not a tactical problem. The first goal that we conceded we were three against three on the wings and we still allowed the cross to come in.

“Then, in the box, we were three against one and, with all due respect, (Emmanuel) Dennis is not a striker that is known for scoring too many goals with his head and he was in-between my two centre backs and he scored.

“Today we have to be self-critical and say that we produced too many defensive mistakes, we were not clinical enough in our defending in our own box to earn the right to win these points.”