The games are coming thick and fast for all teams at Norwich City, with November no different.

With Norwich City Women kicking the month off with an East Anglian derby against Ipswich Town, here's a break down of what's going on across the club.

Daniel Farke's team enjoyed a terrific October, with four wins, a draw and a defeat from their six matches.

They'll be keen to extend their unbeaten run to six and seven with matches against Millwall and Swansea City to come before the international break.

After that, the domestic action returns with trips to Middlesbrough and Stoke City, before rounding off the month at home to Coventry City.

See below for how you can follow the matches via iFollow, plus a run down of when our matchday show NR1 LIVE is on air. 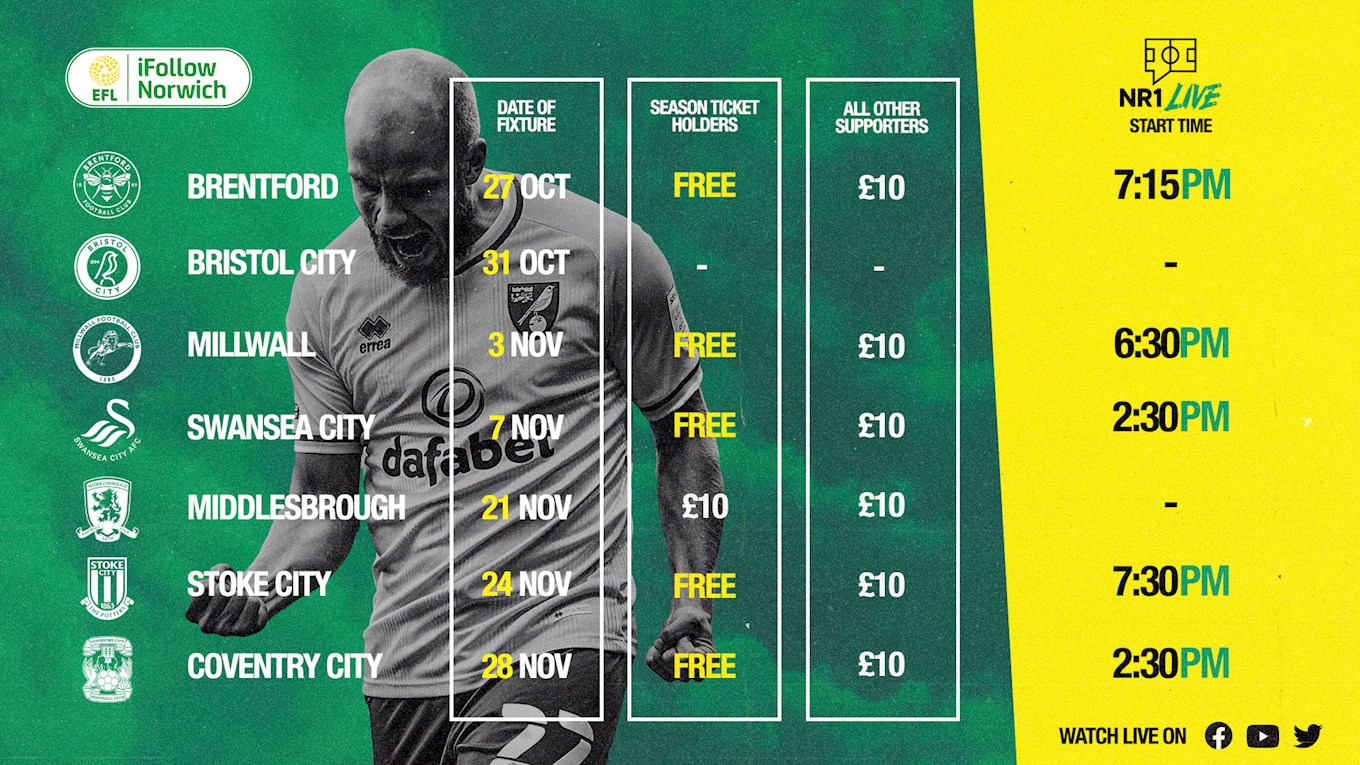 Several Norwich City players are set to be called up to their respective nations over the international break, which runs from Monday, November 9 to Friday, November 20.

Supporters can stay up to date with which City players feature for their countries on our social media channels as well as canaries.co.uk.