Dean Smith: It is a football club I have admired a lot so to get this opportunity is pleasing

Dean Smith says it was the potential of the squad and the progressive nature of Norwich City that made him agree to become the club’s new head coach.

The 50-year-old met with the club’s sporting director Stuart Webber and assistant sporting director Neil Adams last week and was announced as the Canaries’ head coach on Monday, only seven days after leaving his previous managerial position Aston Villa.

Having managed the Villains to promotion from the Championship in 2019, as well as having successful spells in charge of Walsall and Brentford, Dean arrives at Carrow Road with a reputation as one of the best English managers in the game and he is delighted to have joined Norwich.

“I am really pleased,” said Dean. “It is a football club I have admired a lot. So, to get offered this opportunity, in the Premier League as well, is very pleasing.

“It has been a whirlwind. A week last Sunday, I lost my job at Aston Villa and then met with Stuart (Webber) and Neil (Adams) on the Tuesday. I had three or four nights in New York to go and see my boy and I got the call from Stuart to say that they would like to offer me the position and I was only too happy to accept, and I am really looking forward to getting into it.” 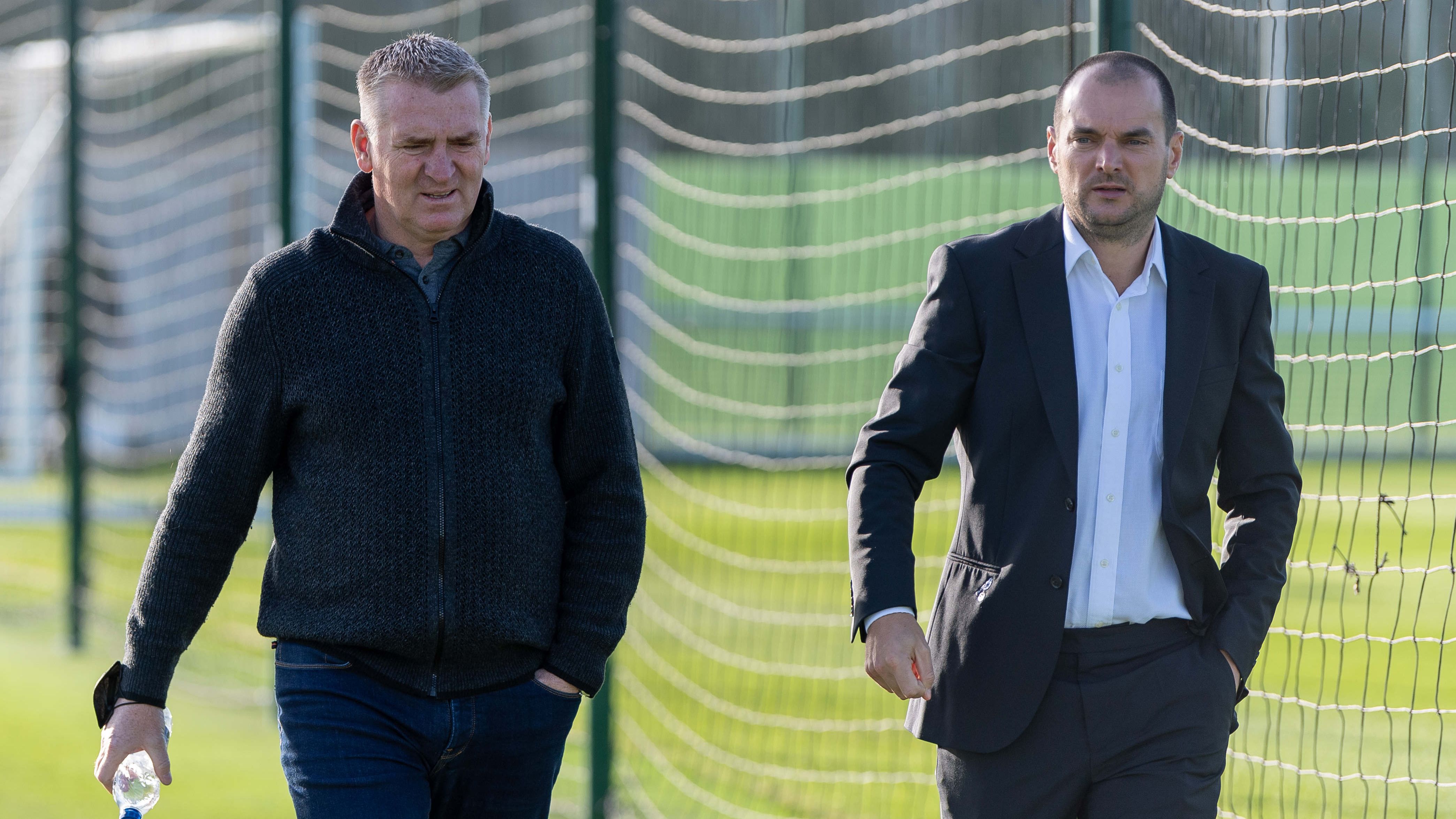 Dean arrived at the Lotus Training Centre on Wednesday morning, where he got the chance to look at the facilities and meet some of the players and staff, before taking questions from the media at a press conference at Carrow Road.

Speaking about the club’s facilities and staff, he said: “My first impressions are really good. It is a really modern training centre, really good pitches and facilities.

“The people have been so welcoming already. I have only been here a number of hours but the people that myself and Shakey (Craig Shakespeare) my assistant have met already have been very welcoming.

“And just meeting Stuart and Neil, I knew there was a drive to become progressive, not just to stay in the Premier League. Our job this year, because we are 11 games in, is to stay in the Premier League but to be progressive from there as a football club. I really like that we have to be creative and do things a little bit differently to some of the big clubs in this league and it is something that I believe we are on track to do.” 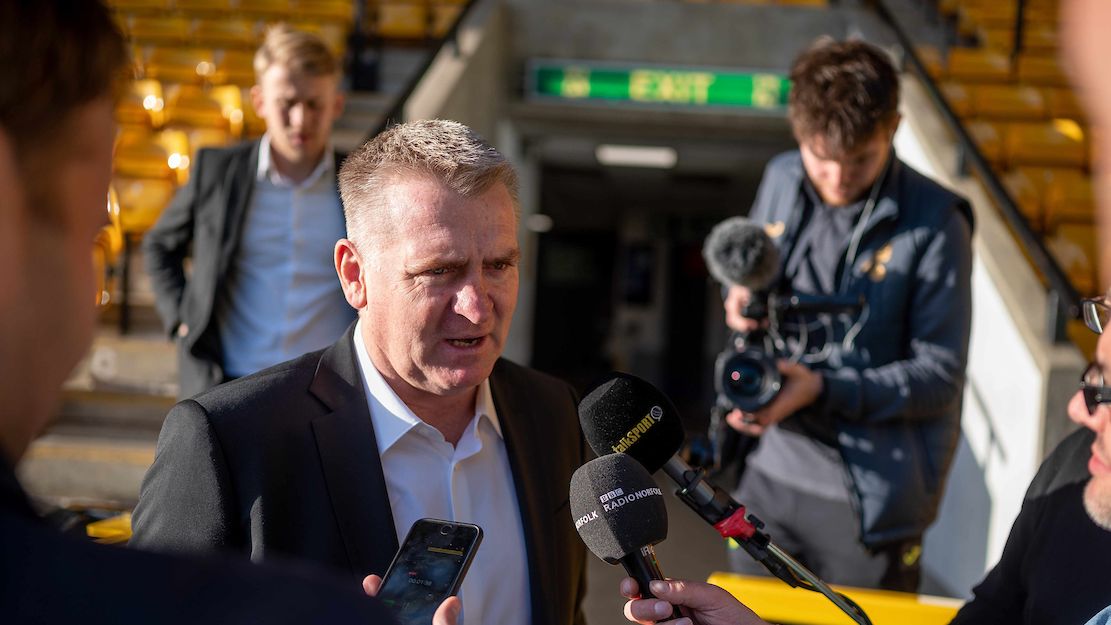 Speaking about the squad, Dean added: “I think it has got an awful lot of potential. As Stuart (Webber) alluded to it in the press conference we have improved on the squad that won the league (Championship) at a canter last year but we are not getting the results that we want in what is a very punishing league.

“Our job now is to turn those results around. It is very rare that you get to come into a new job on the back of a win and the players should take confidence from that (victory against Brentford). We won’t be giving them information overload on the first two days, but we will be looking to build on that result and that performance.”

Dean also said that he has always been impressed with the atmosphere that fans have created at Carrow Road when he has visited with opposition teams and that with a hard-working and tough to be side, and a vocal support, everyone can make the stadium a hard place for opposition teams to visit.

“From whenever I have been at Carrow Road the fans have got behind the team,” he said. “I have been fortunate to have some victories here with both Brentford and Aston Villa and they are a partisan crowd and what we have to make sure is that Carrow Road is a really tough place for the opposition to come, so that support will be vital. 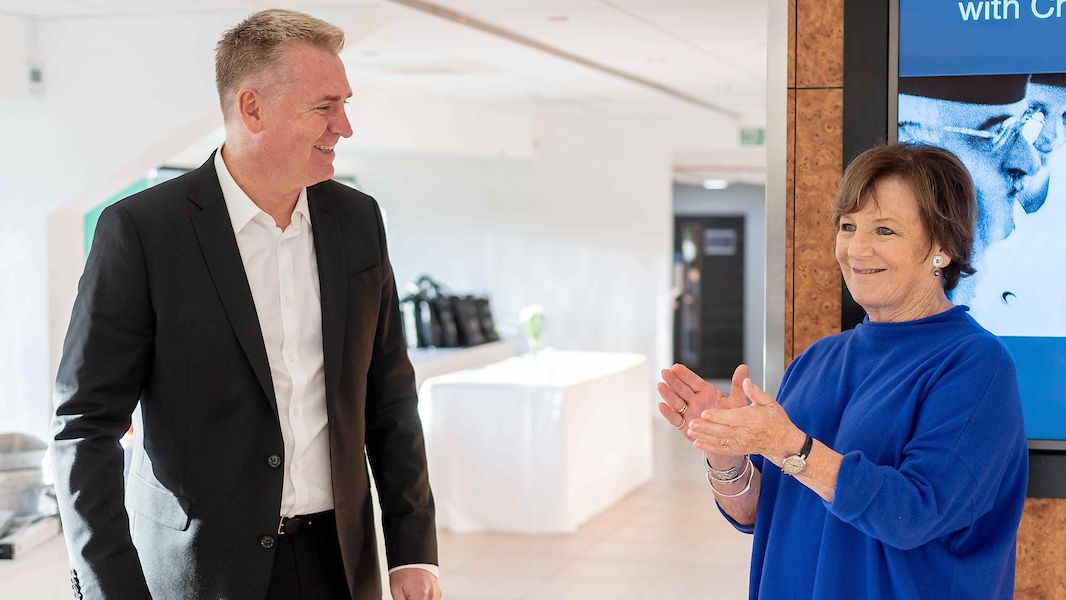 “The fans will find an organised, hard-working team who will not leave anything out on the pitch. They will work daily on the training ground to get better and to improve and to put performances in on the pitch.

“We haven’t scored many goals, but we have also let too many in and those are two ingredients that we need to change very quickly. I think being hard to beat, first and foremost, is part of the organisation that I like. If you keep a clean sheet then you are starting off a point straight away and there are certainly boys in this squad capable of scoring goals.”