Dean Smith: We certainly set the standard in the second half

Norwich City’s new head coach Dean Smith has said that the second half performance against Southampton has now ‘set the standard’ for what he wants from his players going forward.

The Canaries won the match, Smith’s first in charge, thanks to goals from Teemu Pukki and Grant Hanley. However, it was a tough first half for the players as Southampton dominated the ball and created plenty of chances and it could have been argued that the Canaries were fortunate to go into the break level at 1-1.

In the second half it was a different story though as Norwich dominated the ball and created the better chances and deservedly scored the winner when Billy Gilmour crossed for Grant Hanley to head home with 12 minutes to go.

“I am really pleased with the result,” said Dean. “The players had to show plenty of character as well, because we were up against it first half. I thought Southampton were very good and we were not as good as we needed to be.

“We conceded a soft goal. I thought he (Ché Adams) went through two tackles a little bit too easy and passed it into the bottom corner, but our response was good. We got a good goal. Teemu (Pukki) worked his sock off today but he showed just what a good finisher he is, but we were second best first half. We cannot deny that.

“We just felt that we never got to their sitters early enough or high enough on the pitch and ended up dropping into a low block too early. The message at half-time was I think Southampton are playing at full pelt and we can up our levels. 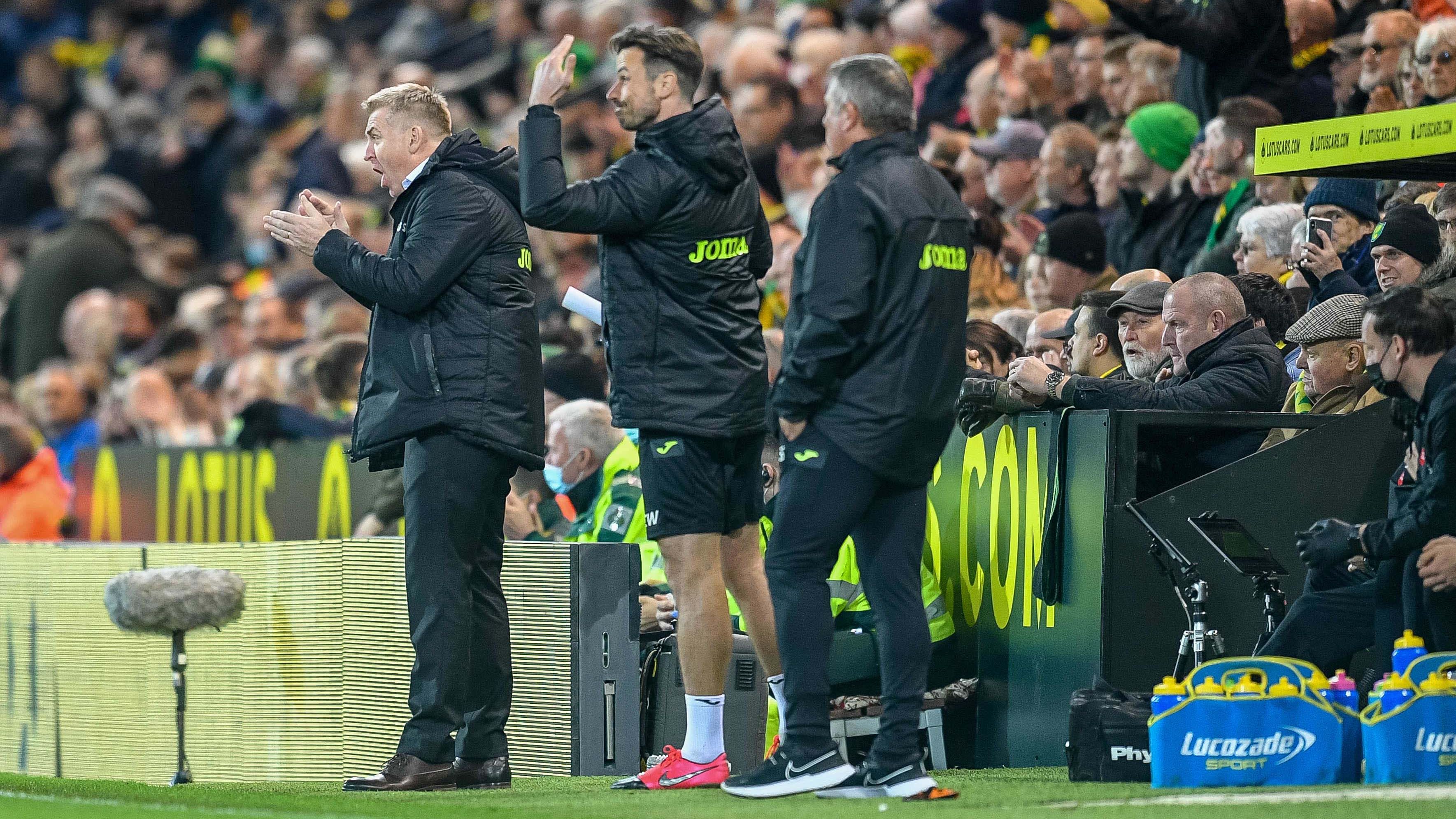 “We have got some talented young players and myself and (assistant head coach) Craig (Shakespeare) are just getting to know the characters and the personalities within the dressing room. The personalities and how they play and there is some good link up there. We know we have got to be better than the first half, but we certainly set the standard in the second half.”

Gilmour, who was recalled to the starting XI by Smith picked up the man of the match award, and the Canaries’ new boss was pleased with the Scot’s performance.

“It was tough for all of them first half but you saw glimpses in the first half of what he can do on the ball,” he said. “He is a tenacious young player as well. I love him as a player, and I have watched him for a long time. I remember one of the first games I saw him in was an FA Cup for Chelsea against Liverpool and he was running the show. He is the sort of player who can go and do that. It was a good performance from him. He blew up a little bit at the end, but he was much better second half like most of the team.”

Smith, who was given a warm reception by the supporters in his first game, added that he was pleased to send them home happy with a victory.

“I felt for them first half because we were second best, and I was hoping that we got that new manager bounce but that soon wore off after four minutes,” he said. “The response after half-time has certainly given the fans something to cheer about and it was nice to see them all smiling at the end.”