Kotka, Finland, is perhaps best known for two things – the Kymijoki River, which is renowned for having the best salmon fishing in southern Finland – and now Teemu Pukki.

Like many of the residents of Kotka, Pukki couldn’t stay in his birthplace forever. When he fled his hometown upon entering adulthood, Pukki became part of a trend of Finnish people to depart its borders. Pukki was born on 29 March, 1990, but Finns had been bidding fond farewells to the port and industrial city since the 1980s – its population has been on a decline since then with migration to the Helsinki region on the up.

If you’re born in Kotka and know how to kick a football, chances are you’ll end up playing for Kotkan Työväen Palloilijat, or KTP for short. But, strictly speaking, Pukki’s career began at his hometown academy, HOPS (Hovinsaaren Palloseura). He immediately stood out in his trials, quickly earning him a place in KTP’s first team aged just 16. Once upon a time, KTP were the force to be reckoned with in Finnish football, winning the first-tier championship in both 1951 and 1952, as well as a handful of cups in the 1950s – 1980s.

However, the club fell on hard times at the turn of the century, suffering relegation from the Veikkausliiga (first-tier) to the second division, Ykkönen, not to mention the bankruptcy that followed. When Pukki put pen to paper in 2006, the club had been re-formed and was meandering in Finland’s lower divisions, but he helped them earn promotion to the third-tier, Kakkonen.

Coincidently, KTP’s away kit for this season is a yellow and green strip. 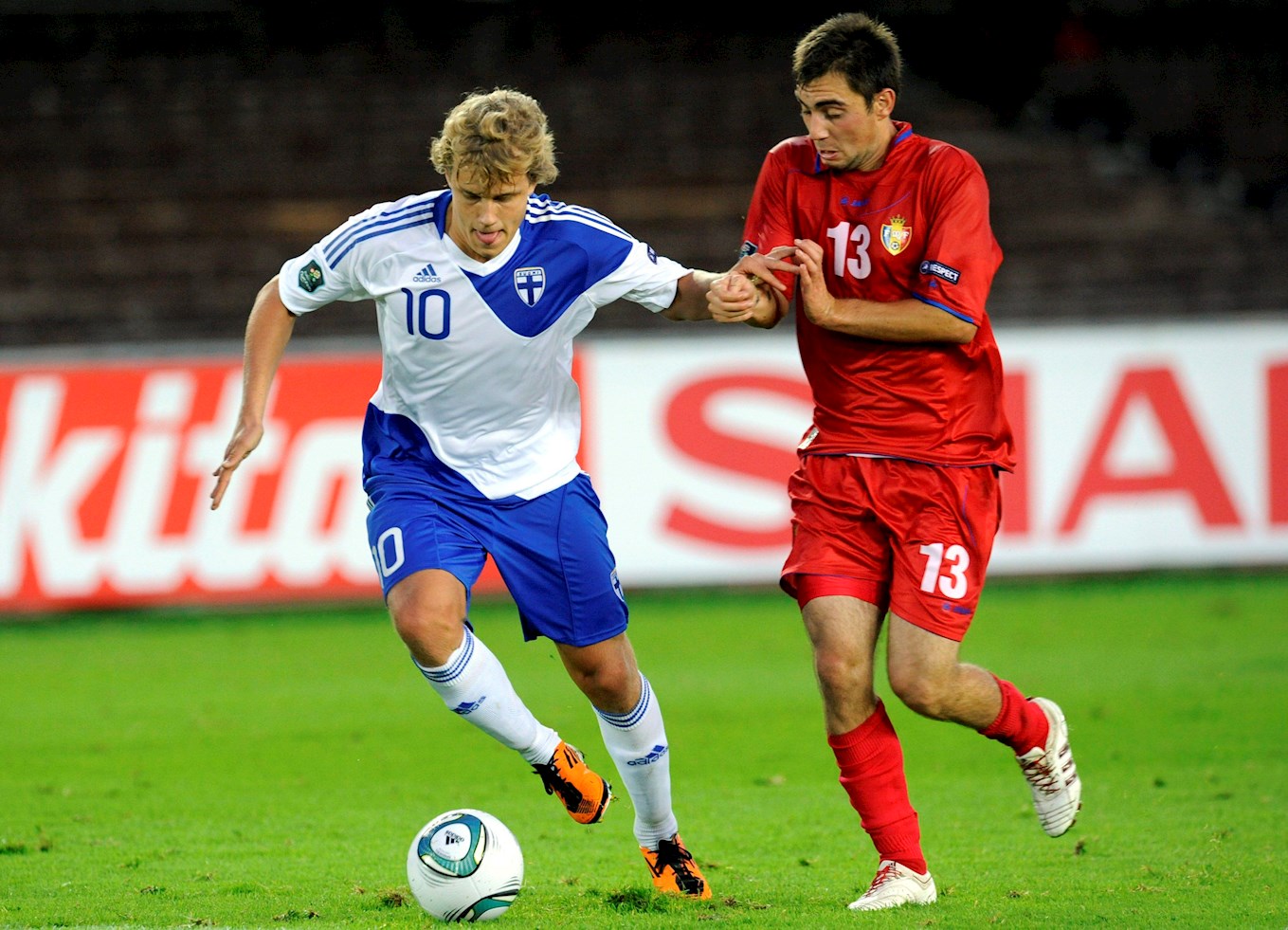 It didn’t take long for Teemu to earn his first callup for Finland’s Under-17s team, for whom he went on to score five goals in nine games. He also scored for their U19s and U21s teams, but a spell of playing outside of Finland at club level in Sevilla wasn’t so fruitful.

Two years in Spain consisted mostly of reserve team football with Sevilla Atletico for Pukki, who felt a return to his home country was the right way forward. Step up, Helsingin Jalkapalloklubi, or HJK, otherwise known as one of the most successful clubs in Finland and the current champions of the top tier.

Yet, Pukki actually made his debut for Finland’s first team during his dry spell at Sevilla in 2009, coming on against Japan in an international friendly 5-1 defeat. He scored his first goal for his nation’s senior team in his 11th cap against Turkey in a 3-2 friendly defeat in May 2012.

Finland’s historic lack of success in UEFA competitions (they’ve never qualified for the World Cup or the Euros, despite coming unbearably close to the Euros in 1980 and the World Cup in 1986) is argued to be partly down to the overwhelming popularity of ice hockey in the Nordic region. But Pukki never considered swapping the pitch for the rink, and in 2019 finds himself at the top of a Finland side determined to change those fortunes.

His efforts to help his country qualify for the FIFA World Cup in 2014 came by way of two goals in the qualifying stages – first with an equaliser against Spain, and then with the opening goal in a 1-1 draw with Belarus. 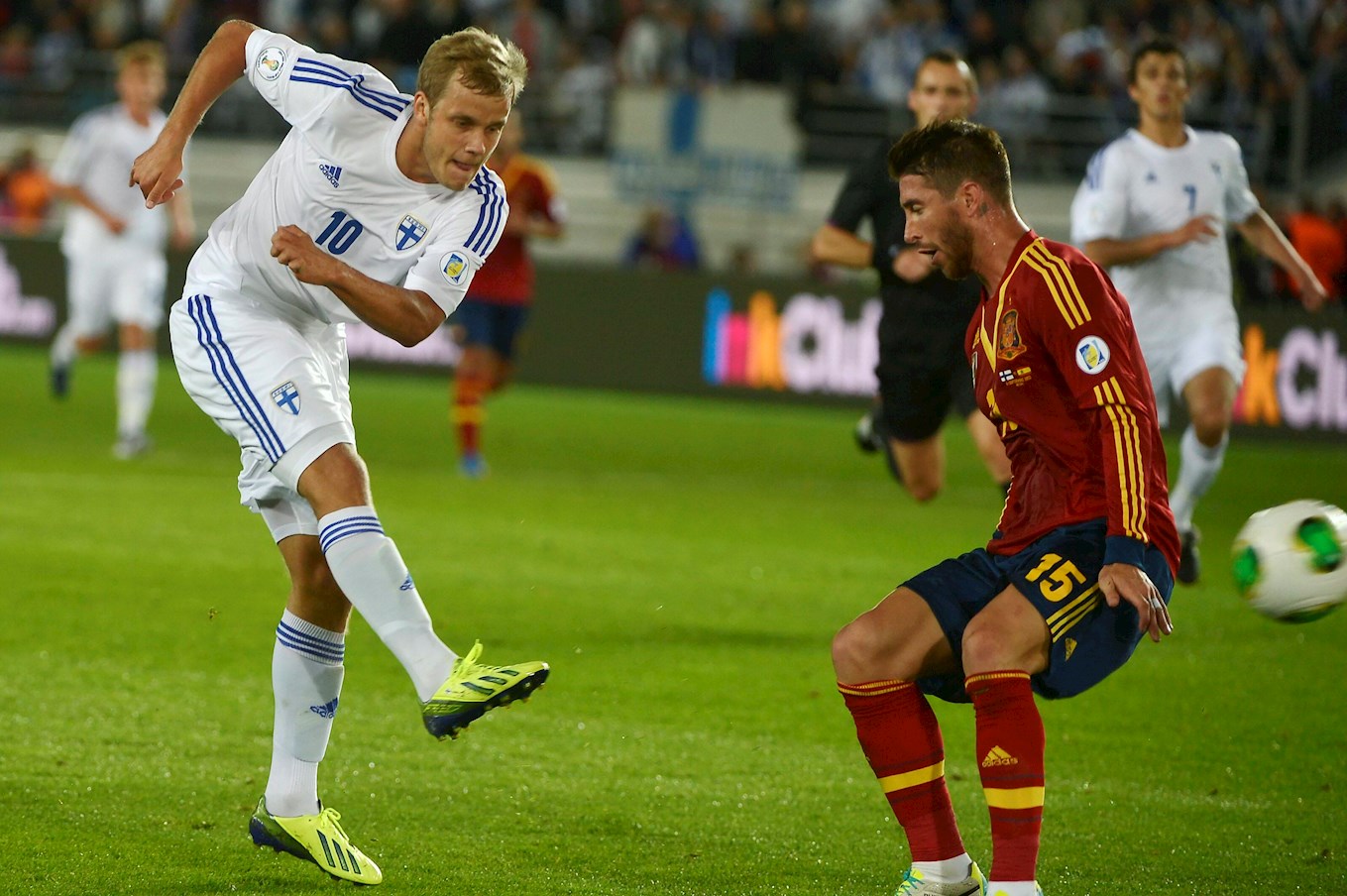 But it wasn’t enough. In a five-team group, Finland finished third, some distance behind Spain and France. Just under a year later, Pukki scored his first goal for Finland in Finland, netting a brace in a 2-2 friendly draw with Czech Republic to celebrate his 30th cap.

Unfortunately, goals dried up for Pukki at international level during Finland’s 2016 European Championship qualifiers. In fact, he only completed 90 minutes in one of the ten group games, despite featuring in nine of them. That coincided with his first season at Brondby IF in Denmark, where he managed 10 goals in 29 matches.

The 2018 FIFA World Cup qualifiers signalled a return to form for the striker, as he scored the opening goal of a 3-2 defeat to Iceland as well as the only goal in a 1-0 win against Kosovo. Nevertheless, the wait for Finland’s first World Cup finals continued as they finished Group I in fifth place with just nine points from ten games.

The upward trajectory continued in the 2018-19 UEFA Nations League, as Pukki scored three goals in as many games (and the only goal in each 1-0 win) against Hungary and Estonia in League C, including a 91st minute winner in the third game, sending them through to League B for the UEFA Nations League in 2020-21.

That form has only improved in this calendar year, as Pukki has scored five goals in four consecutive UEFA Euro 2020 qualifiers across June and September (making him the top scorer in Group J so far). He scored both goals in a 2-0 win against Bosnia & Herzegovina, the opening goal in a 2-0 win over Liechtenstein, the only goal in a 1-0 win against Greece, and one goal in a 2-1 defeat to Italy. 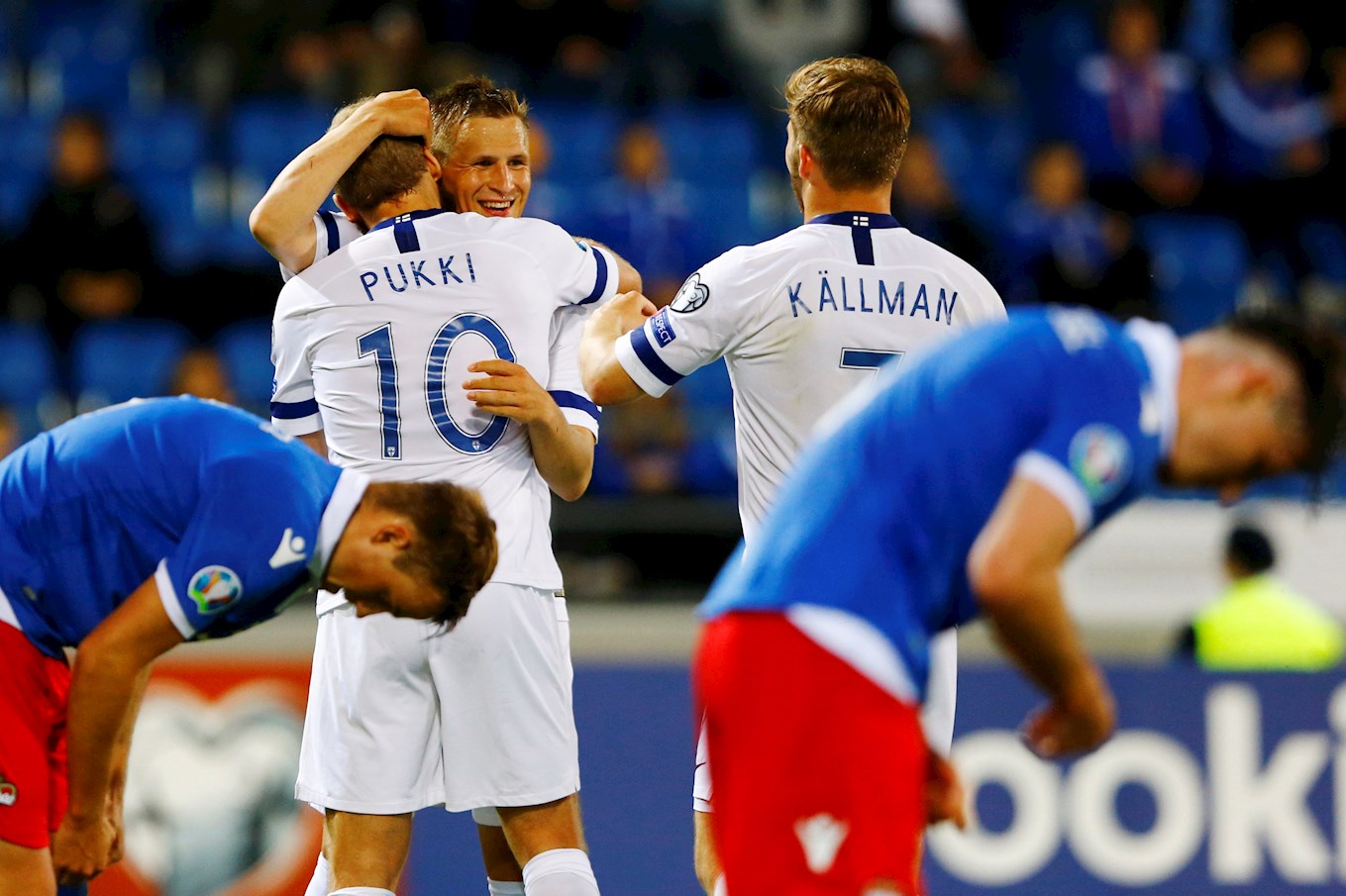 Those goals, combined with Finland’s four wins in Group J, see them sit second in the league, six points adrift of Italy and three above Armenia prior to the October international break. With four games remaining, should Pukki continue to help Finland finish inside the top two, they will qualify for a major tournament for the first time in their 108-year history.

And that’s exactly what makes Saturday’s game in Bosnia and Tuesday night’s qualifier at home to Armenia so enthralling for the Norwich City centre-forward.