15 Norwich City players could feature for their nations across the November international break, with seven of them in contention to qualify for the 2022 FIFA World Cup.

Teemu Pukki has made 98 appearances for Finland so far, and they face Bosnia at 2pm on Saturday, November 13 before hosting France at 7.45pm on Tuesday, November 16 - potentially Pukki’s 100th game for Finland.

Finland are currently third in Group D with eight points from six games, putting them one behind Ukraine and four behind France. However, they do have a game in hand on Ukraine, so qualification could go right down to the wire.

Scotland are close to qualifying from Group F. A win against Moldova in Friday, November 12’s 5pm kick-off would be enough to ensure qualification for the play-off places prior to the visit of Denmark at 7.45pm on Monday, November 15.

Kenny McLean and Billy Gilmour could both be involved for Scotland, who will be without Grant Hanley following an injury he sustained against Leeds United at the end of October.

Norway are on track to qualify from Group G, currently second place, two points behind Netherlands and two ahead of Turkey. Mathias Normann could feature when they welcome Latvia at 5pm on Saturday, November 13.

They will then travel to the Netherlands for Tuesday, November 16’s 7.45pm kick-off.

Poland are also second in their group, three points behind England in Group I and two ahead of Albania, with Przemyslaw Placheta called up for their double header.

There is still a chance for Greece to qualify for the 2022 FIFA World Cup, although it won’t be straightforward for Dimitris Giannoulis, Christos Tzolis and their teammates.

Greece host Spain at 7.45pm on Thursday, November 11 before Kosovo make the trip to Athens for Sunday, November 14’s 7.45pm kick-off. Greece are now third in Group B with nine points, putting them four behind Spain and six behind Sweden.

They will most likely need to win both games and hope that the teams above them drop points elsewhere in order to qualify.

Speaking of Kosovo, they host Jordan in a friendly at 5pm on Wednesday, November 10 before the trip to Greece, but Milot Rashica and his side are already eliminated from the World Cup qualifiers.

The same can be said for Andrew Omobamidele and Adam Idah with the Republic of Ireland. Stephen Kenny’s side welcome Portugal to the Aviva Stadium at 7.45pm on Thursday, November 11 and travel to Luxembourg for Sunday, November 14’s 7.45pm game.

However, with just five points won from six games, Ireland are now unable to qualify from Group A.

That’s also the case for Luxembourg, who are one point above Ireland but still ten adrift of Portugal and 11 behind Serbia. Prior to their game against Ireland, they travel to Azerbaijan for a 5pm kick-off on Thursday, November 11, City loanee Danel Sinani in contention to feature.

At Under-21s level, Max Aarons is part of the England U21s squad to host Czech Republic U21s at 7pm on Thursday, November 11 before playing Georgia U21s away from home at 2pm on Tuesday, November 16.

The Young Lions have seven points from three games so far with plenty of time to qualify from Group G of the UEFA Under-21 Championship qualifying round.

In Group I, Scotland U21s have just one point from their two games so far, but could pick up more as they play Kazakhstan U21s at home at 7.05pm on Friday, November 12 before hosting Belgium U21s at 7.05pm on Tuesday, November 16. Archie Mair has been called up for both games.

Northern Ireland U21s are currently bottom of Group C with three points from four games. Sean Stewart could be involved as they host Lithuania U21s at 2pm on Friday, November 12 before welcoming Malta U21s at 7.30pm on Tuesday, November 16.

Finally, Onel Hernandez has been called up for Cuba’s two friendlies against Nicaragua, which will be played at 1am on Thursday, November 11 and 12am on Sunday, November 14. 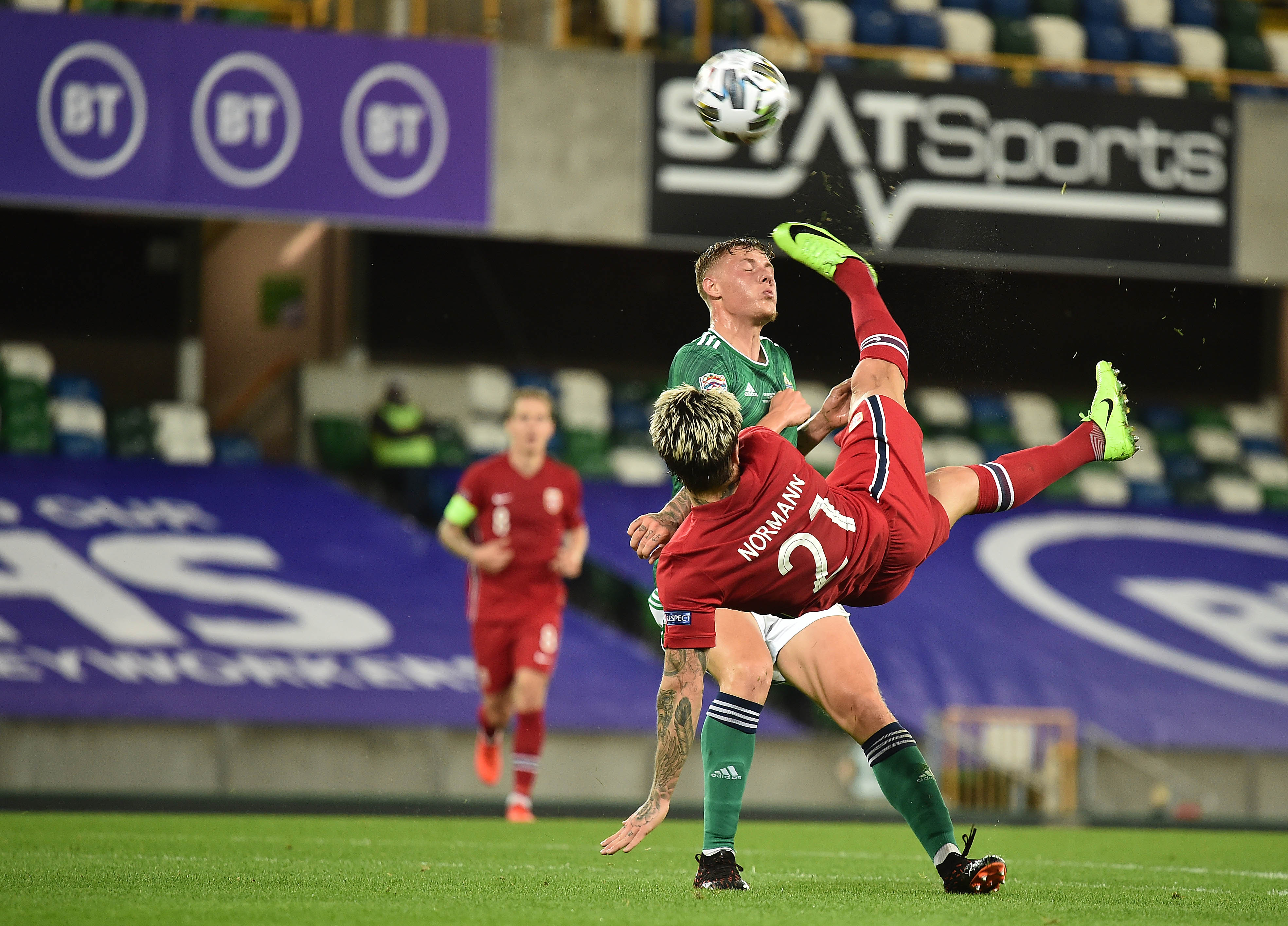