Maggie reflects on Academy Jackpot win ahead of Club's next £15,000 draw

There are just a few days left to sign up to Norwich City’s Academy Jackpot to be in with a chance of winning £15,000 in May’s prize draw.

And Maggie Thorpe, who was the lucky winner of the top prize last year, spoke to canaries.co.uk about the moment she found out she had won.

“I didn’t believe it when they said I had won the jackpot of £15,000,” Maggie said. “I thought the gentleman was winding me up on April Fool’s Day, but he wasn’t. I couldn’t believe it and it took a while to sink in.

“We haven’t spent any of it yet, but we have just booked a holiday later this year to go to Australia. It’s a once in a lifetime trip for us as we have got family out there and we would like to see some football while we are there too!” 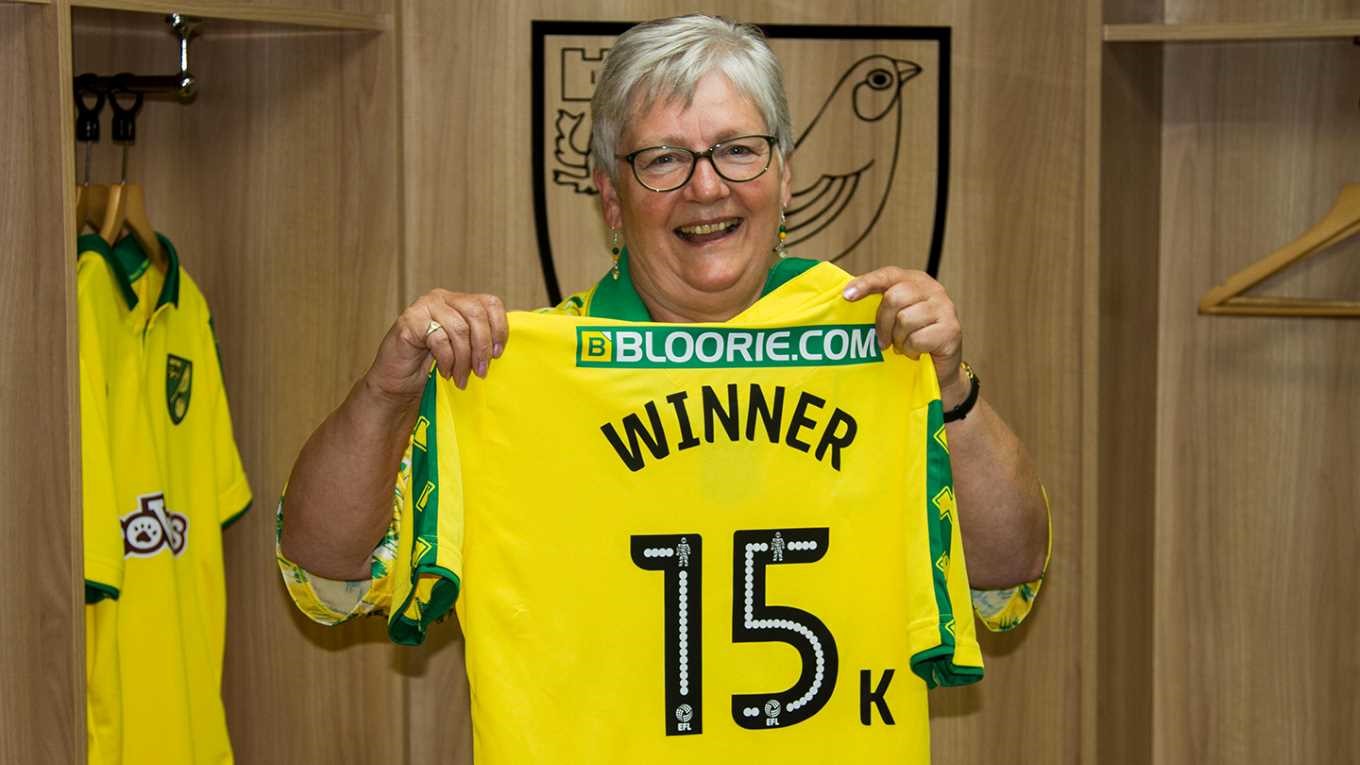 The Academy Jackpot is a monthly Lottery draw run by the Club, with all proceeds going directly to supporting the Norwich City Academy to help develop the next generation of youth players.

The Jackpot gives supporters the chance to win £15,000 in a super draw twice a year in May and December, with monthly giveaways of £1,000, ten prizes of £100 and ten Norwich City replica shirts - all for just £12 a month.

Maggie, 63, who is a season ticket holder in the Regency Security Stand, said: “I have been playing it for about five years and it’s just something I like to support. I have been a fan here for a number of years and I have seen young players come through going back to Max Briggs in the 70s. I just like to see the homegrown boys come through and it’s good to help fund the facilities they have got here too.

“I also like to help fund the Academy because I’ve got grandchildren and one of them is a football fanatic. So for the boys who get to that standard to be able to go to the Academy is great and I do know one or two boys who are a part of it. The facilities are brilliant, and the boys all love it.”

In order to be entered for May’s Academy Jackpot draw, fans need to sign up by Monday, April 15.