Norwich City were beaten 2-1 by Leeds United at Carrow Road on Sunday afternoon.

The best chance of a closely-fought first-half fell to Leeds when Dan James rounded Tim Krul and shot towards an open goal, only for City skipper Grant Hanley to storm back and clear off the line. City went close through Pukki and Normann in the opening 45, but it was goalless at the interval.

The game sparked into life early in the second-half, with all the goals coming in a four-minute period just before the hour mark.

However, Rodrigo restored Leeds' advantage on the hour mark with a long range strike and that proved to be enough for City to taste defeat at Carrow Road.

Head coach Daniel Farke made three changes to the starting eleven which began the defeat to Chelsea last weekend. The suspended Ben Gibson was replaced by Omobamidele, with Rashica and Kieran Dowell also coming into the side for Dimitris Giannoulis and Pierre Lees-Melou.

For Leeds, there was just the one change with England midfielder Kalvin Phillips replacing Mateusz Klich.

Roared on by a raucous home crowd, City began on the front foot and a surging Ozan Kabak run earned them corner inside two minutes, but it came to nothing.

However, there was danger for the Canaries on seven minutes. Dowell inadvertently knocked the ball in Stuart Dallas’ path, and he slid the ball through to James who took it round Krul, only for Hanley to rush back and clear the ball off the line.

At the other end, Teemu Pukki had an early sight at goal. A quick free-kick from City was played down the line to Rashica whose cross was headed away by James only as far as Pukki, but the Finn’s effort whistled narrowly wide of the far post.

A frenetic opening 22 minutes culminated in Leeds having two opportunities to clear the ball with City trying everything to keep it in the danger area. Max Aarons eventually nabbed the ball off James but collided with Diego Llorente in the penalty area, with both players then requiring minor treatment. 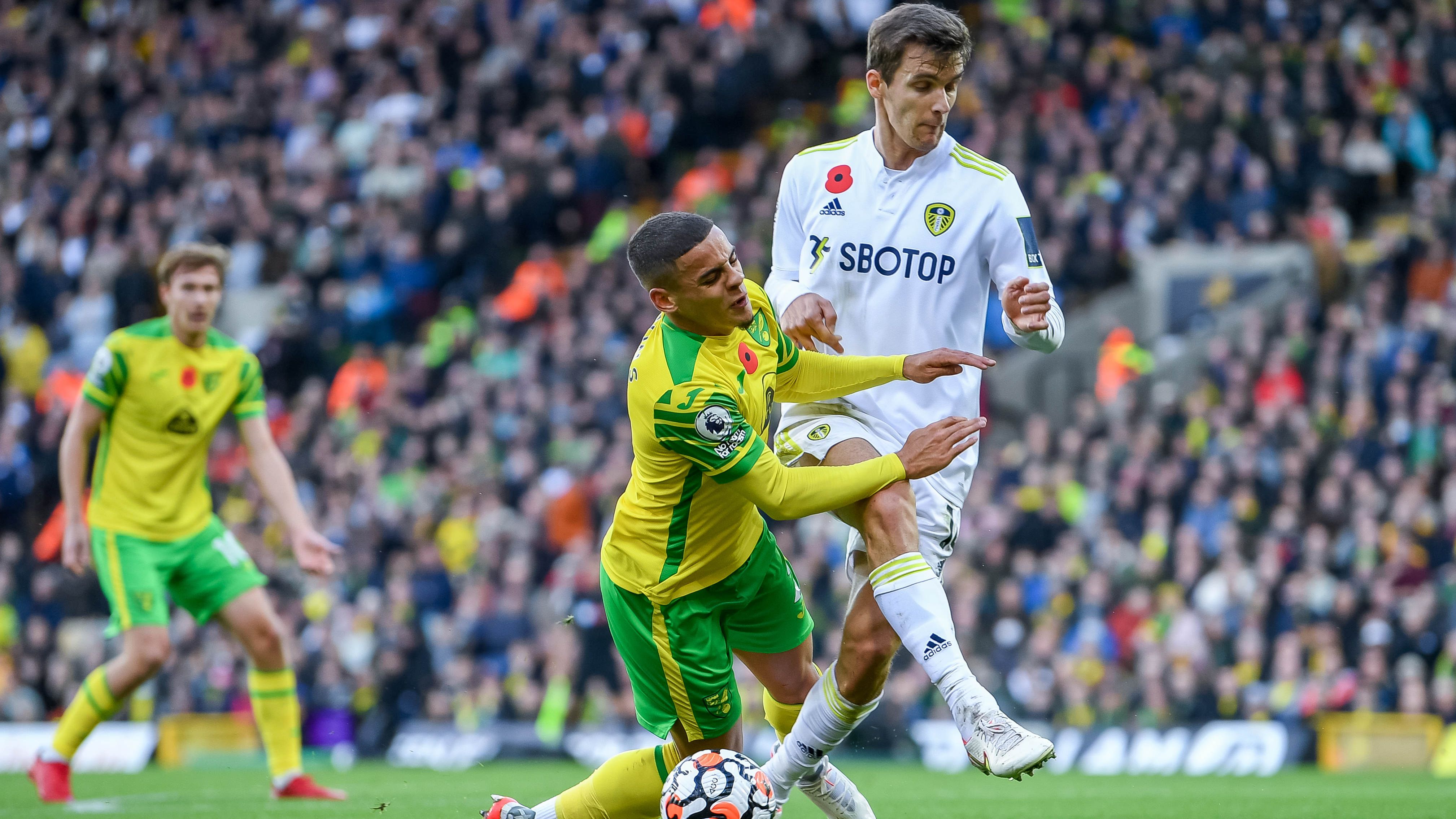 Other than the early James effort, Leeds failed to threaten in the opening half an hour. Raphinha was their main attacking outlet, but the left-sided combination of Omobamidele and Rashica kept the wide man at bay.

At the other end, City were finding it difficult to create openings too, with both teams continuing to cancel each other out as the first-half wore on.

On 39 minutes, a contentious foul by Kabak on James gave Leeds an opportunity to deliver from the right, but Llorente, under pressure from Normann, could only head over.

City ended the first-half on top, with Rashica testing Meslier with a fierce drive from distance and Normann fizzing a low effort inches wide of the post in stoppage time.

Much like the first-half, City made their intentions clear at the start of the second. Their press was forcing Leeds into mistakes and they were testing Meslier, with Rashica sending a low free-kick into the arms of the French stopper on 50 minutes.

After a relatively quiet opening 55 minutes, the game burst into life. Leeds' main threat of Raphinha opening the scoring on 56 minutes. The ball was worked to him on left and he cut inside before planting the ball past Krul.

Straight up the other end, Omobamidele rose highest to nod home a Rashica corner almost immediately to equalise. 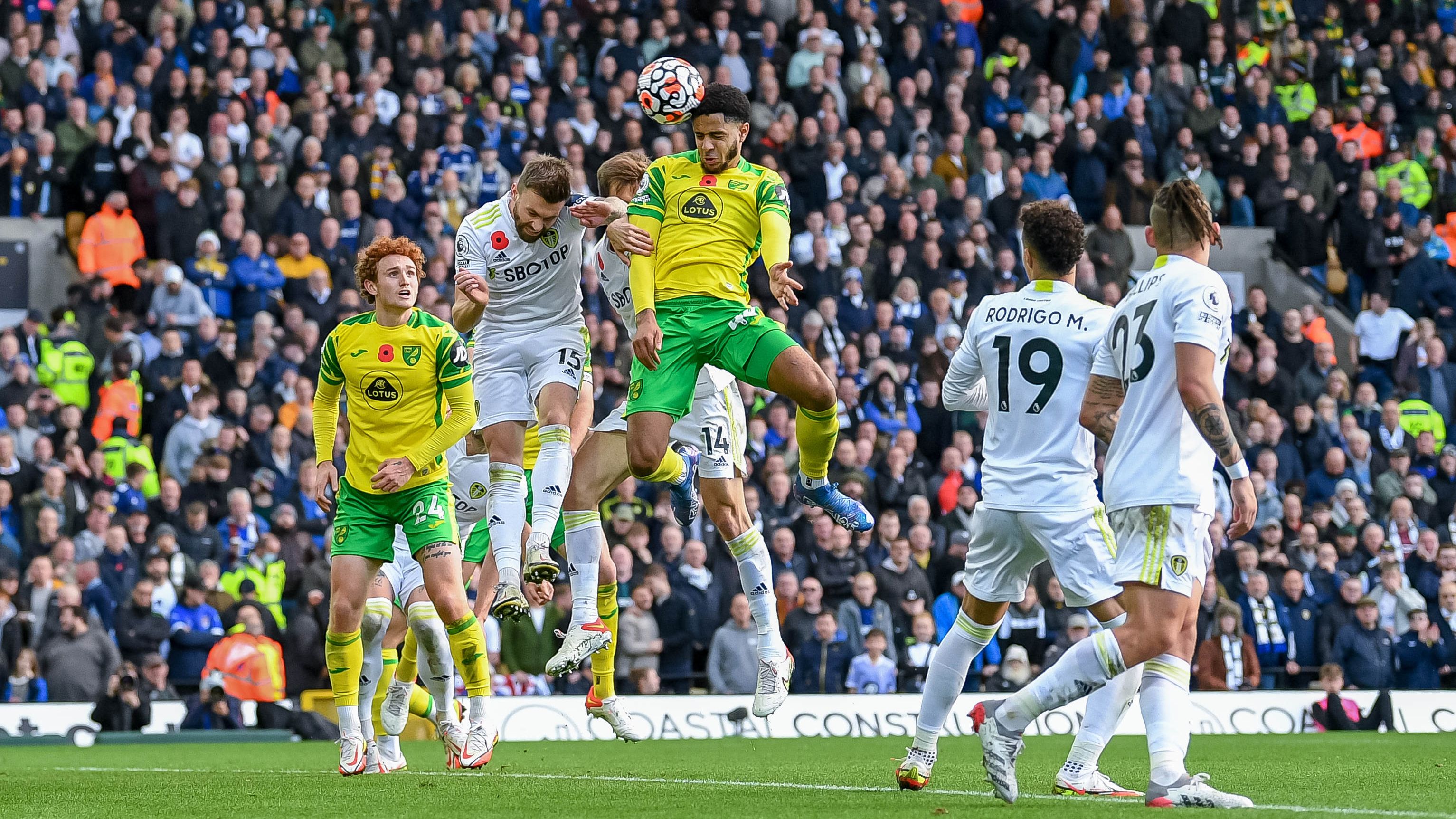 However, City weren't level for long as Rodrigo took aim from distance and his dipping drive beat Krul to make it 2-1.

With City behind, Farke decided to bring on Christos Tzolis for his first appearance since the defeat at Everton.

The lively Raphinha went close to making it three for Leeds on 74 minutes when Harrison cut the ball back to him in the area, however the Brazilian lashed his effort wide.

Farke then introduced Adam Idah to the game in place in place of Josh Sargent, as City looked to freshen up their attacking threat.

Late on, another change was made by the City boss, with Przemyslaw Placheta coming on for his first appearance of the season in place of Hanley.

However, the changes didn't turn the game in City's favour as they ended up on the losing side.