Millie Daviss: It was just really pleasing to see the girls’ desire to keep that win

Norwich City Women showed a lot of defensive resolve and battling qualities to come from a goal down to beat Actonians on Sunday, according to their captain Millie Daviss.

The Canaries fell behind inside the opening 10 minutes, but were in front at the break thanks to goals from Daviss and Freya Symonds. The team then had to rely on a strong defensive display in the second half to hold on to their advantage.

Speaking about the team’s ability to battle back from a goal behind, Mille said: "I think the first game of the season that is something we lacked. We went 1-0 down quite quickly and we didn’t ever recover from it, but we have learnt what we have to do when that does happen and how to get back into the game and I think the girls have learnt that all very, very quickly.”

The equalising goal saw Ellie Smith and Symonds combine to set up Daviss with a sight of goal and she found the top corner of the net. Then Symonds bravely won a header against the opposition keeper and defender to put Norwich in front.

It was then bravery in defence that the team had to show in the second half, and that was something they had in abundance.

“Actonians came out all guns blazing,” explained Millie. “If I’m honest, we were expecting it because they were 2-1 down and the obviously wanted to get back and to get their goal.

“We were tested and we did have to show our defensive quality, for example Jodie Drake denied them three goals with clearances off the line. It was just really pleasing to see the girls’ desire to keep that win.” 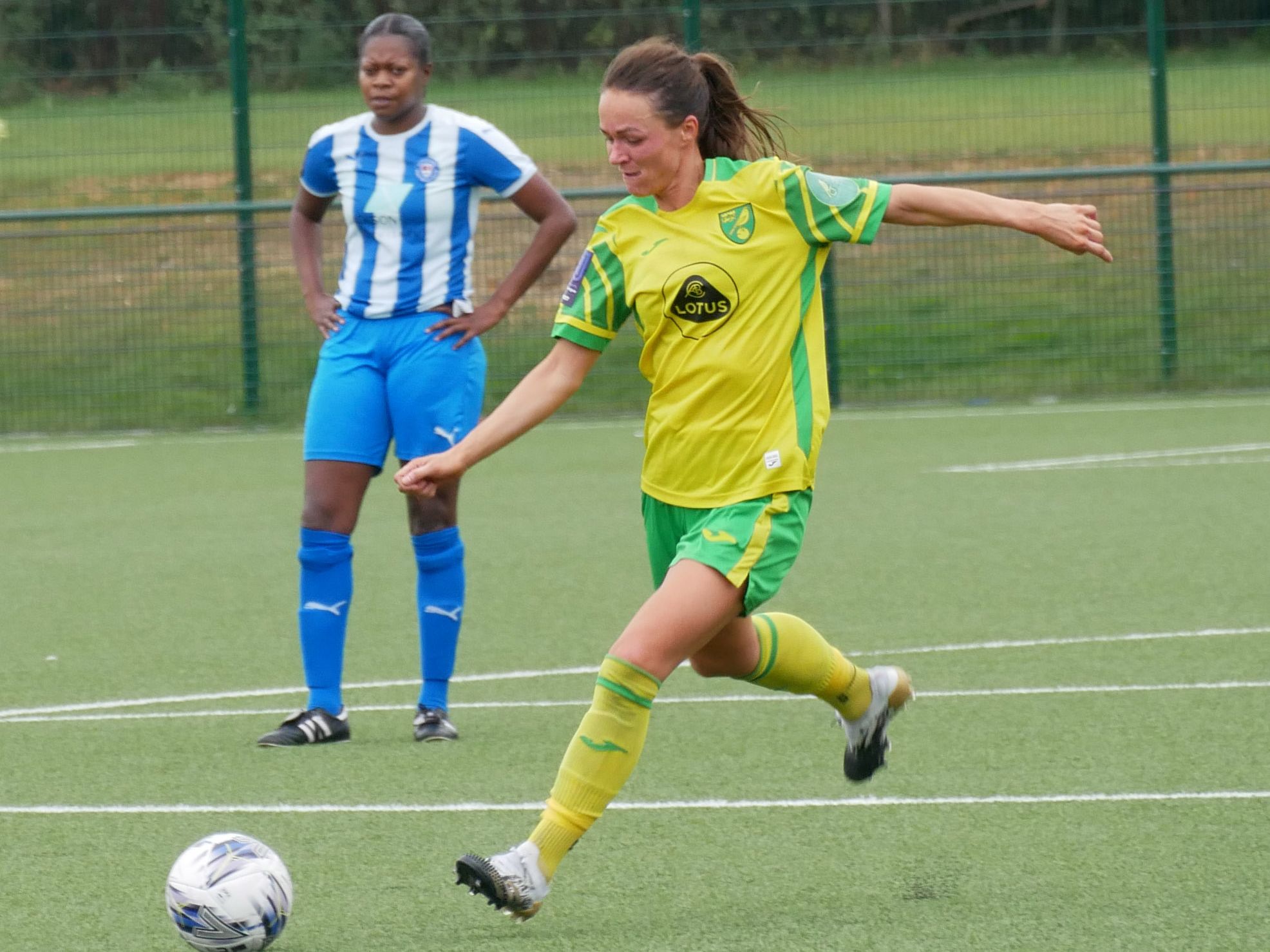 Next up for Norwich is a trip to bottom-of-the-table Kent United and, having beaten third in the table Actonians last time out, the Canaries will take a lot of confidence from that win into their next game.

“Obviously, we have been waiting for that to happen, to get our first win of the season and it just feels so, so good,” added Millie.

“We had quite a tough start to the season, and it is a bit of a relief. This league is very close in quality. The results can go either way to either team.

“Actonians were third in the league when we played them yesterday and beating a team that is quite high up the table gives us a wealth of confidence and we can go into any game now thinking that we can get a result out of it. I think it is uplifting to get those points and that will go through the whole squad.”