Goals from Diogo Jota, Robert Firmino and Mohamed Salah sent Norwich City to defeat on the opening day of the Premier League season at Carrow Road.

It was, for large spells of the match, an even game against Liverpool, but the visitors showed that clinical edge up front to make the most of their possession and chances.

Norwich head coach Daniel Farke made four changes to the line-up that lost away at Newcastle United in the club’s final pre-season friendly.

Todd Cantwell, Teemu Pukki and Grant Hanley all came into the starting eleven, as well as Milot Rashica who made his Premier League and Norwich City debut along with Pierre Lees-Melou.

With the backing of a packed Carrow Road, Norwich started the match brightly, but the first chance of note came Liverpool’s way when Konstantinos Tsimikas side-stepped a couple of challenges in midfield to send a low ball into the box that Ben Gibson put over his own crossbar. 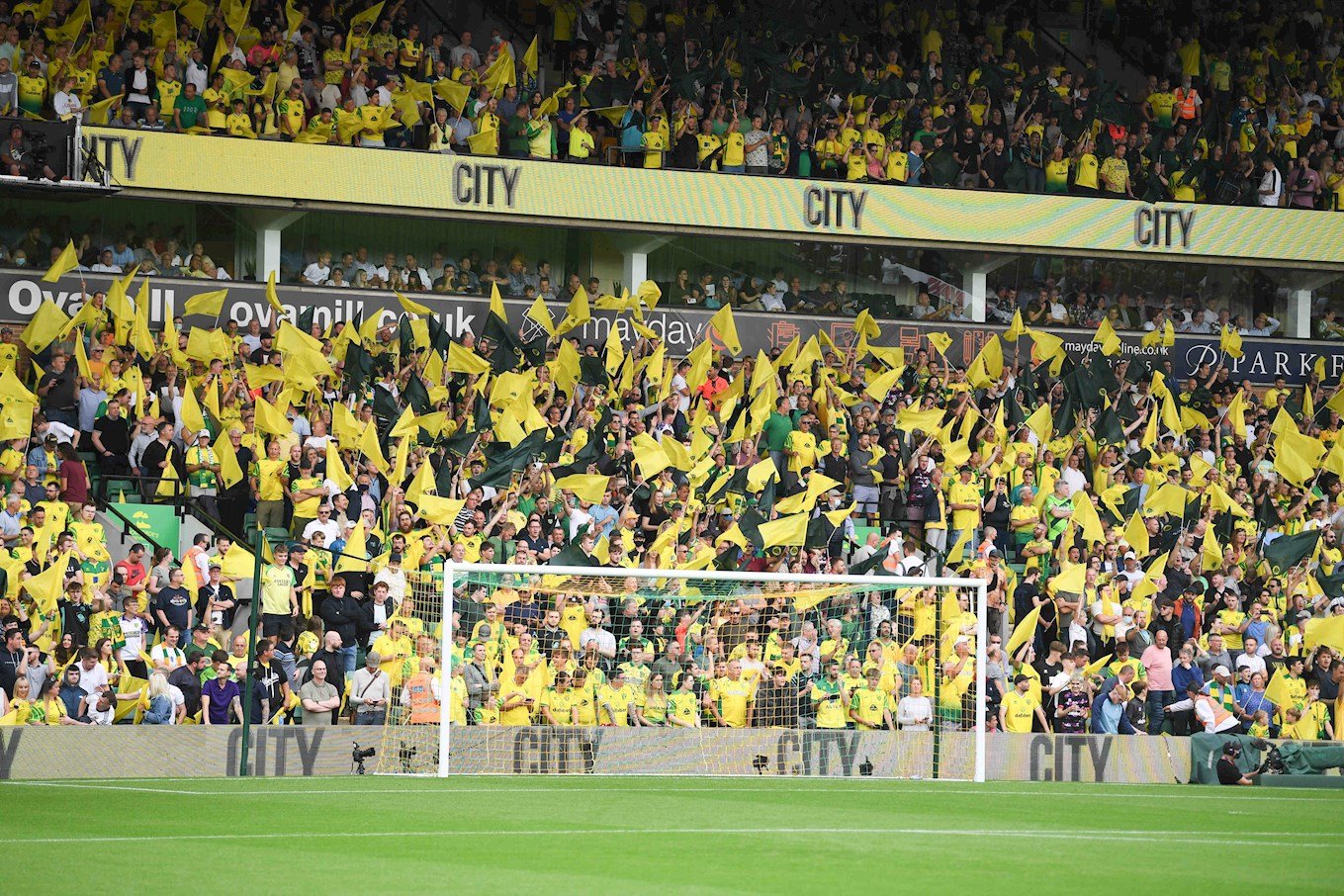 From the resulting corner Sadio Mané chipped a ball into the box that Jota headed towards goal forcing Tim Krul into a save. Then after 17 minutes Trent Alexander-Arnold was afforded too much on the right to find Mohamed Salah in the box, but his drive towards goal was well held by Krul.

However, moments later Norwich put a good passing move together which ended with Cantwell clipping a ball into Pukki and the Finn raced through on goal before bringing a save out of Alisson at his near post. 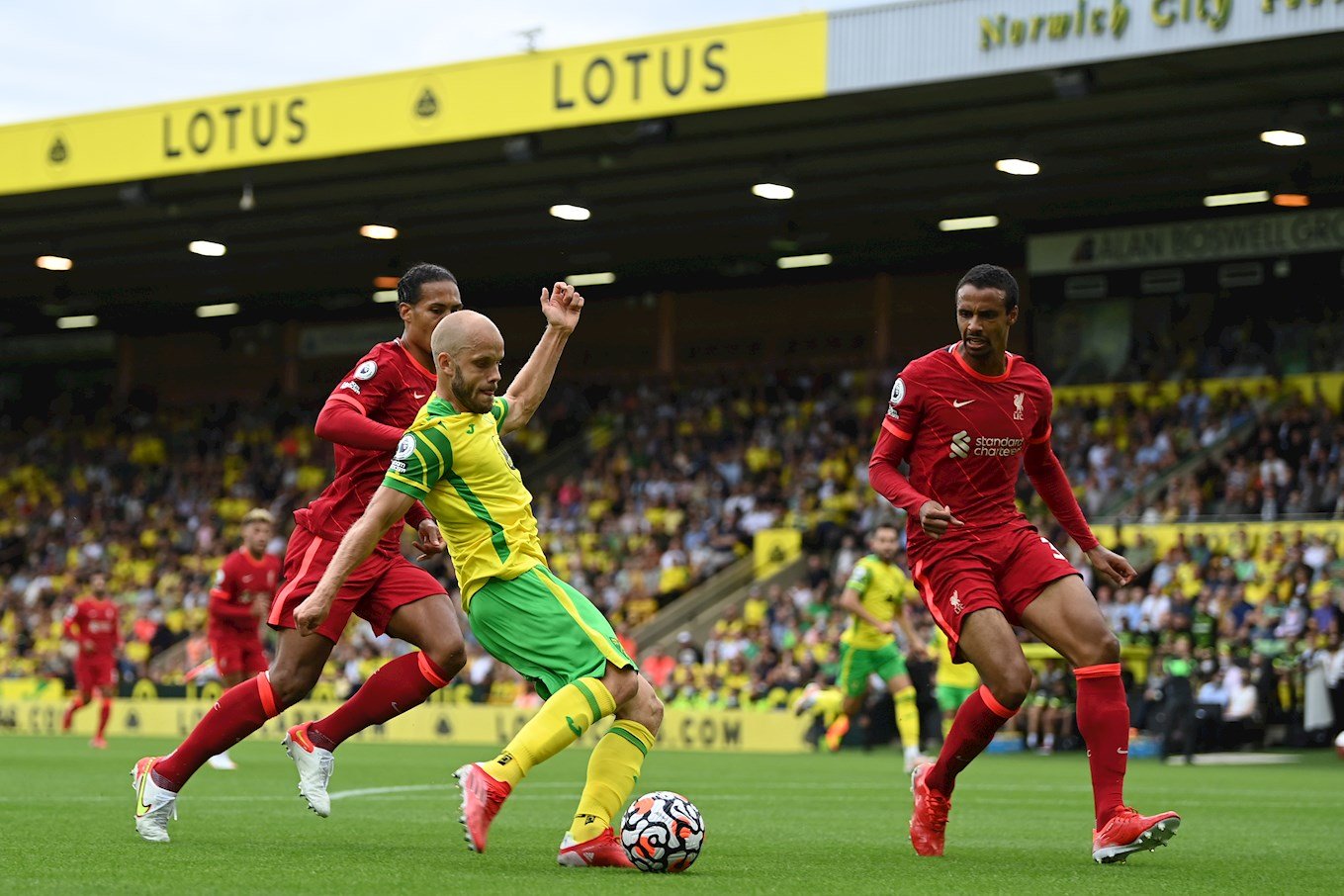 Salah then tried a volley that flew just wide before Cantwell replied with audacious chip that almost caught Alisson off his line.

Liverpool then went in front as Salah diverted an Alexander-Arnold cross into Jota and he fired low past Krul. Norwich responded as Aarons sent Pukki clear but his ball across the box was cleared by Joël Matip before it could reach Rashica, but the visitors still looked dangerous again as Lees-Melou was then forced to clear an effort, from Matip, off the line.

Alexander-Arnold sent a free kick wide for Liverpool early in the second half, but the game, just as the first half, was very even with Lees-Melou scuffing a volley just wide moments later before Dimitris Giannoulis send in a dangerous low cross.

Liverpool doubled their lead on 65 minutes as Mané’s shot deflected into the path of Salah and he found substitute Firmino unmarked with an unselfish ball back across the box and the Brazilian was left with a simple tap in.

Salah then made it three with just under 20 minutes remaining as he controlled a ball on the edge of the box, following a corner, and whipping a left foot shot past Krul.

That saw Farke look to his bench as his gave a debut for USA international Josh Sargent, who replaced Rashica, while Adam Idah replaced Teemu Pukki up front. And Norwich City had a couple of chances to get a consolation goal late on with Ben Gibson being brilliantly denied from close range by Alisson and Sargent dragging another effort wide.

And the lucky number was 1958 – the winner will receive a VIP away day bronze package for two people.