Norwich City are delighted to announce that we will be marking 25 years since the Club’s memorable 1993 UEFA Cup run with a special charity match against Inter Milan’s ‘Inter Forever’ side at Carrow Road on Sunday May 20, 2018.

City legends from the last 25 years will join players and staff from the 1993-94 squad, to take on Inter Forever, a team of former Inter Milan stars, to celebrate one of the most significant chapters in the Canaries’ history.

The match, proudly supported by club Community Partner Aviva, will raise funds for The Nest – our Community Sports Foundation’s exciting project to build a groundbreaking community sports facility to benefit people from all walks of life in Norwich and Norfolk.

On the Club’s only foray into European competition, Mike Walker’s swashbuckling ’93 City squad defeated Vitesse Arnhem and famously became the only English team to beat Bayern Munich in the Olympic Stadium, before falling to eventual champions Inter Milan in the third round.

Players for each team will be unveiled in the coming months, but the first three members of each squad are as follows:

Bryan Gunn The City stopper made a total of 478 appearances for Norwich City, was an integral part of the teams which finished 5th, 4th and then 3rd in the top flight and also played in the 1989 FA Cup semi-final. He was part of the 1993 UEFA Cup side and was Player of the Season twice, in 1988 and 1993.

Darren Huckerby The two-time Player of the Season played a pivotal role for the Canaries as they won the Championship title in 2003-04, and was named in the Norwich City Greatest Ever XI following a fan vote in 2008.

Adam Drury The former Club captain made over 300 appearances in 11 years with Norwich City and won Player of the Season in 2003. He is one of a very distinguished group of Club captains to receive silverware on behalf of Norwich City during its 115-year history.

Francesco Toldo The Italy international was named Serie A Goalkeeper of the Year in 2000 before winning 11 major honours with Inter Milan, including four Serie A titles. He kept three clean sheets in the UEFA European Championship finals of 2000 as Italy finished runners-up.

Javier Zanetti With 143 caps for Argentina, defender/midfielder Zanetti captained Inter in their 2010 UEFA Champions League Final victory over Bayern Munich – adding another medal to a glittering array of Italian and European honours. He has been voted in the FIFA World’s Best XI three times in a career spanning more than two decades at the very top of the sport.

Nicola Berti Berti was part of the Inter side that went on to win the 1993-94 UEFA Cup – his second winners’ medal in that competition. He was also part of the Italy side that finished third in the World Cup on home soil in 1990 and runners-up in 1994. 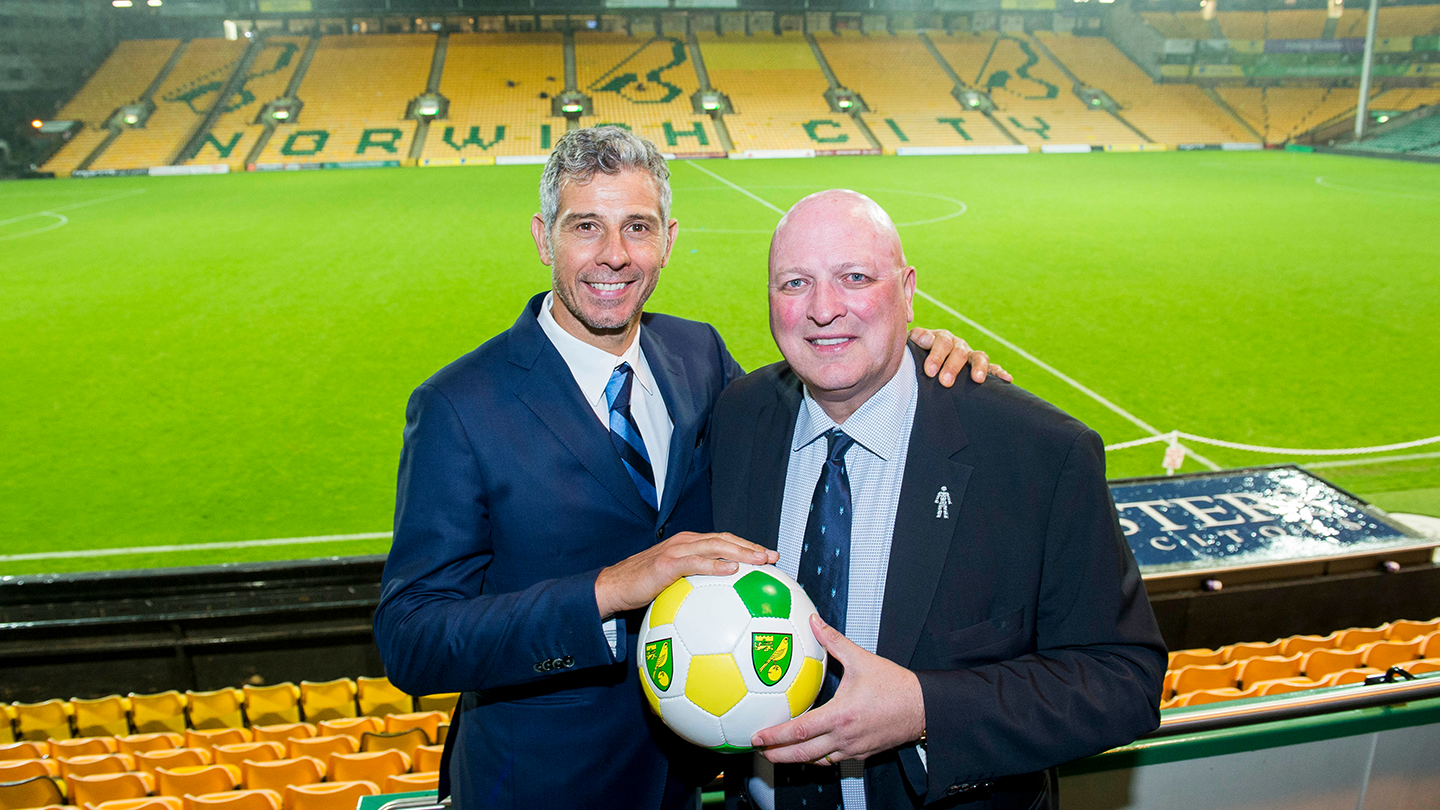 The Club invited legendary Italian goalkeeper Francesco Toldo to a recent first-team fixture, where he met Bryan Gunn and Adam Drury to discuss the game in May.

Toldo, regarded as one of Inter’s goalkeeping greats, looks after the Inter Forever project and was delighted to help the Canaries put on the event.

Bryan Gunn said afterwards: “It was terrific to meet Francesco and to feel his excitement for the match. He understands the significance of the UEFA Cup run to City fans and will be working hard to get a really iconic Inter Forever team to Carrow Road in May.

“It’ll be great to have our guys from ’93 together again; it was such a memorable time for all of us and it will be a wonderfully nostalgic occasion for the fans as well.”

Adam Drury has worked for the Community Sports Foundation at Carrow Road since his retirement from professional football, and has been involved in the organisation of the Legends match: “As a player here you’re aware of what that squad achieved and it’s a big honour for some of us more recent players to get involved in the 25th anniversary celebration with the legends of ’93.

“The guys that we’ve spoken to are really excited to be involved and we will be revealing those names to fans very shortly.”

Tom Daniell, Marketing Director at Aviva said: “We are hugely excited by the prospect of celebrating City’s illustrious ’93 European campaign, and the bringing together of legends from both of these great clubs.”

The Club would like to place its thanks on record to Radius Sports Marketing who have assisted the Club in the delivery of the Norwich City Legends vs. Inter Forever charity fixture.

Raising funds for The Nest

The proceeds from the match will go towards the development of the Community Sports Foundation’s new facility, which will be known as ‘The Nest’, after the Canaries’ former home.

In July, the Foundation outlined their plans to redevelop the site, in Horsford, and are set to unveil a major fundraising campaign in the near future.

To find out more, visit www.thenest.org.uk

Tickets are available ONLINE, by phone on 0844 826 1902 or from the ticket offices at Carrow Road, Castle Mall or Chapelfield.