Norwich City Women remain in the relegation places in the South East Division One table following a 2-0 home defeat to Cambridge United Women.

City created plenty of chances throughout the match but were made to pay the price for not taking them as the U’s scored just before half-time and then added a second after the break.

Norwich started the match on the front foot and looked the livelier of the two sides as Megan Todd was able to put pressure on the U’s with a cross in from the right that Yellows midfielder Jodie Drake was inches away from connecting with.

Todd continued her attacking press and was consistently the driving force for Norwich in the first 10 minutes of the game. Natasha Snelling was able to whip in a cross on the right wing from Todd’s midfield run but was unable to find a yellow shirt in the box.

For the next 10 minutes it was an even game as neither side looked dangerous enough to put themselves ahead. United created their first chance as they earnt themselves a free kick as a player was brought down by Todd just outside the box, but the ball was fired straight at the wall before being cleared.

Less than 10 minutes from half-time, Snelling had the ball in the back of the net, from a lovely ball from Drake, but she was unfortunately flagged for offside.

Shortly after, Freya Fuller managed to escape her defender and place a ball in the box, but it was inches out of Drake’s reach who was unable to convert the cross.

City went on to regret those missed opportunities as the visitors then netted their first on the brink of half-time, as Laura Mitchell netted following a swift counter-attack. 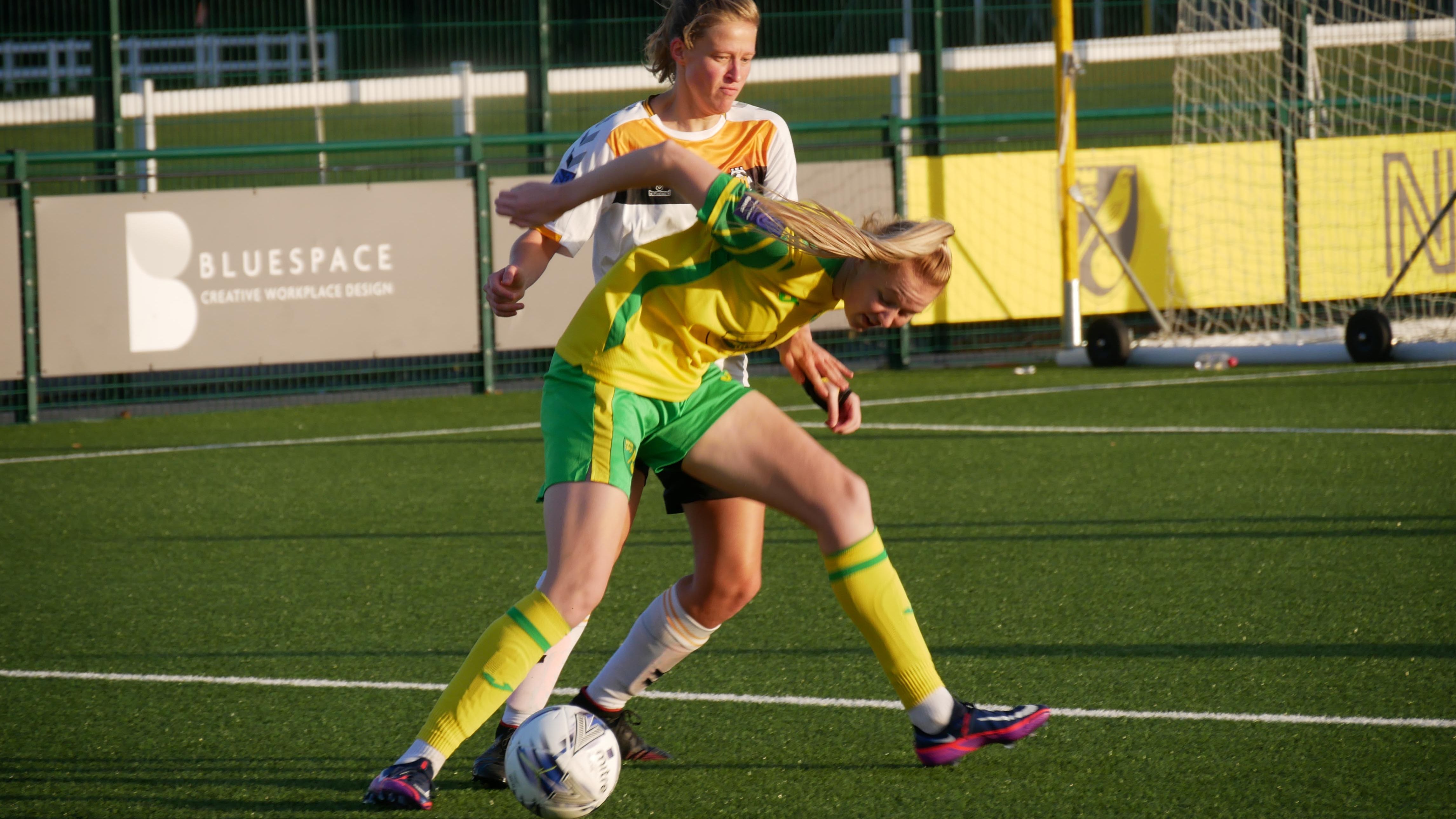 Norwich came out confident in the second half with more creativity in the final third as Drake managed to get a shot towards goal.

However, her strike was not enough to test the keeper and City remained behind. They continued to link up well and hold plenty of possession though, as defender Jess Harper attempted a cross from the right over to Fuller in the box, but placed it just out of reach for her to get on the end of.

Norwich boss Shaun Howes then made his first substitutions as he brought on Freya Symonds and Kathryn Stanley to strengthen the attacks. Unfortunately for the Yellows, Cambridge then made it two just minutes later as Ruth Fox headed a looping ball on the edge of the box perfectly out of Williams’ reach.

The home side continued to dominate and did not let their heads drop as they continued to send attacks forward into the Cambridge half. Todd won a free kick for the Yellows as a United knee caught her hard in the stomach and she found herself winded.

Once she had recovered, the free kick was fired into the box but after a scramble, nobody was able to fire their shot past the United defence.

United later took a shot from distance and Williams was forced to tip the ball away, but the City defence were there to collect and they were on the attack again.

Cambridge's defence began to get desperate as City dominated possession but were unable to finish anything off in the box and test the United keeper.

An unmarked Kathryn Stanley took advantage of the space around her just outside the box and fired a shot towards goal but found her shot just inches too high.

City threw all the attack they could at Cambridge, but the visitors held their back line and prevented any attempts at a shot for Norwich. Symonds tried her luck on the left wing as a she beat her defender to a looping ball forward, but quickly found herself surrounded and forced to pass back without a shot.