Norwich City made it through to the second round of the Vitality Women’s FA Cup at the weekend with a 2-0 win over Wymondham Town Ladies.

The Yellows started strong as Megan Todd looked keen to get her name on the scoresheet with three shots in the first 10 minutes.

Her first attempt struck the crossbar, while her second effort was a well worked move in midfield as she out-muscled the Wymondham defence and hit a shot in the area, but the ball rolled just wide. The third came from a tricky angle in the box and was fired over the bar.

City continued to control the game, creating some lovely passes down the left wing from Millie Daviss, Anna Larkins and Megan Todd, with the final ball landing at Freya Symonds’ feet. She was able to get a shot on target but not one that challenged the keeper, as the ball was collected with ease.

At the 15-minute mark, Wymondham had their first shot at goal but fired it high over the bar. As Wymondham livened up, Chardonnay Johnston made a great recovery to regain possession for Norwich, as the home side began to make a dangerous looking attack down the left wing.

Shortly after, Todd was brought down just inside the Wymondham half and that earned City a free kick. Larkins took it but her ball in was just out of reach for Symonds to get on the end of.

Just after 20 minutes, Kathryn Stanley was given the opportunity to put City ahead but her initial shot on the edge of the box was blocked and then Symonds was surrounded by red shirts as she tried to put in the rebound.

Then five minutes before the half-time whistle, City picked up the pace and looked determined to give themselves a lead before the break.

After some heavy pressing from the visitors, their perseverance paid off as Kate Parsons was able to make it 1-0. The goal came from a corner from Larkins that, after being scrambled away by Wymondham, Symonds put back into the danger area for Parsons to poke the ball over the line from close range. 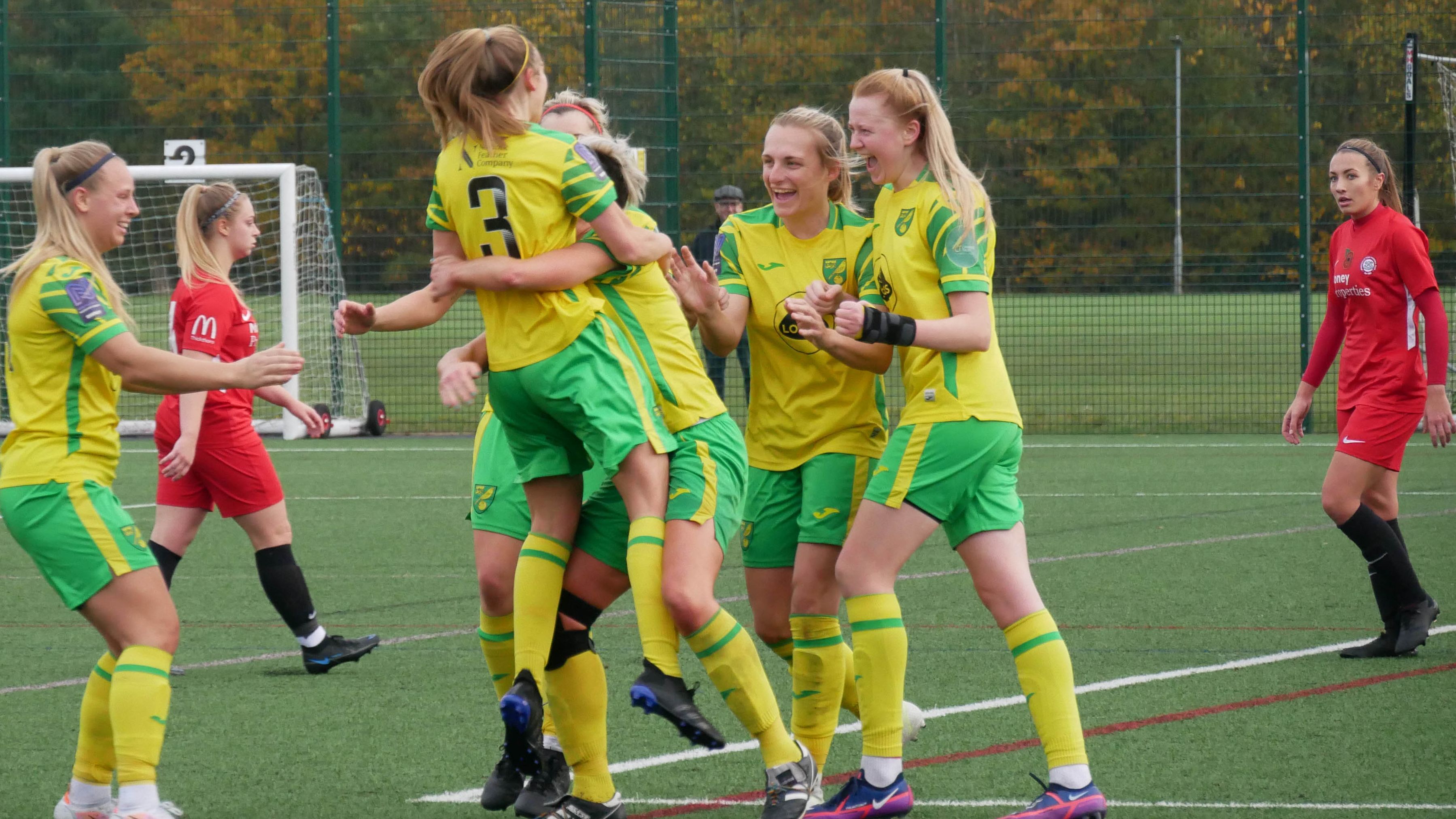 City came out in the second half full of energy, as Stanley won the ball straight from kick off and was able to get a cross into the box that was unfortunately just too long for Todd to get on the end of.

Wymondham had a quick response to the fast start from City, as they had their most dangerous attack on 48 minutes. The initial shot was fired in with power at the bar and then City keeper Bryony Williams was put to work as she leapt to punch away the rebound. The Yellows then regained possession and cleared the ball to safety.

Wymondham then went on to regret that missed opportunity, as City scored from another set piece to make it two. Again, Larkins was at the helm with another great corner, that was placed in Natasha Snelling’s line of fire and into the back of the net.

Just before the one-hour mark, City let their excitement get the better of them, as a Wymondham player was brought down on the edge of the box in a dangerous position that could have left the game wide open. However, the free kick rattled the woodwork once more.

Wymondham continued to press and kept Williams on her toes for the following 10 minutes, managing crosses into the box and a couple of shots on target but nothing to test the City keeper, who held her ground and let nothing past her. The draw for the Vitality Women’s second round will be announced later in the week.