Norwich City Women put in an improved performance away at London Seaward in South East Division One but still fell to their second loss of the season.

The Canaries travelled down to North London hopeful of picking up some points after the opening day’s disappointing 8-0 defeat at home to Billericay Town.

The first 10 minutes started off slow for the Canaries, as London Seaward put them under pressure, but keeper Bryony Williams managed to claim plenty of the balls that came into the area.

After 15 minutes Norwich began to get more in control, with a great partnership forming between Freya Symonds and Jodie Drake. However, after lots of possession from the Yellows, a foul was given away by recent academy graduate Ellie Bishop on the right wing, in between the halfway line and the 18-yard box. The Blues fired into the box and headed home to take the lead after 30 minutes.

City didn’t let their heads drop though, and continued to press forward, using their determination to put pressure on the home side. Drake got a shot on goal from a free kick, which went just wide and Millie Daviss did her best on the edge of the box to get a cross in for Aimee Durrant but unfortunately, the Canaries could not find an equaliser.

Then, seconds before the half-time whistle, London Seaward took advantage of another set-piece, scrambling the ball into the net after a ball came in from a corner. 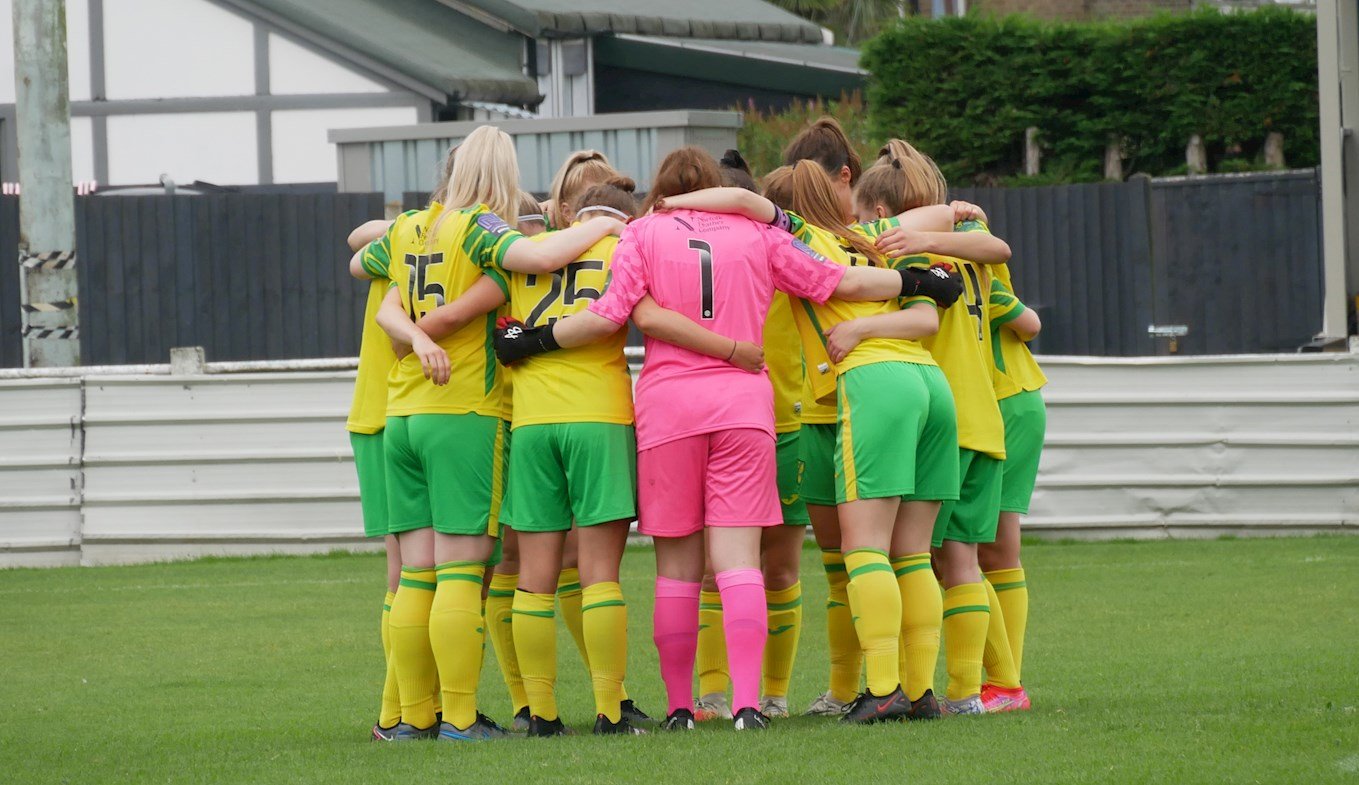 The second half saw the Canaries show more determination as ball after ball was sent down the wings. However, the players were flagged offside a few times to the frustration of the players and coaching staff.

Soon after, the home side got their third from a cross towards goal and a header that flew past Williams in the Norwich goal.

With 25 minutes to go City were desperate for at least a consolation goal and tried their luck from long range, from corners and from a Jess Harper free kick, but to no avail.

The final minutes saw five shots on goal from City as they did everything they could to take something out of the game but the Blues took all three points.

Norwich will take on Enfield Town Ladies next on Sunday August 29, at the Nest. You can purchase tickets for the game here.