On This Day in 1996: Polston header wins dramatic derby

The East Anglian derby has produced some memorable matches over the decades, and the outcome for Norwich City 23 years ago was no different.

Having lost the previous derby away to Ipswich Town in April '96, City were chomping at the bit to get one back over their local rivals, and they couldn't have got off to a better start in front of the biggest Carrow Road crowd of the season.

Andy Johnson gave the Canaries a 2-0 lead with his brace ahead of the interval, excelling in a game that was broadcast live on Sky Sports. His first came courtesy of an overlap of Robert Fleck, while the second was a header from a Darren Eadie free-kick.

The game looked as though it was only going one way, as Ipswich didn't manage a single shot on or off target in the first half.

But they did get a sight back into the game when Danny Sonner's volley made it 2-1 immediately after half-time, after James Scowcroft headed Mauricio Taricco's free-kick back across goal.

Nevertheless, with 23 minutes left on the clock, John Polston made sure of the win, heading in a Neil Adams cross to put City 3-1 up before wheeling away in celebration.

It felt like more than three points though, because not only had City won the derby, but in doing so they had gone to the top of the Nationwide First Division. 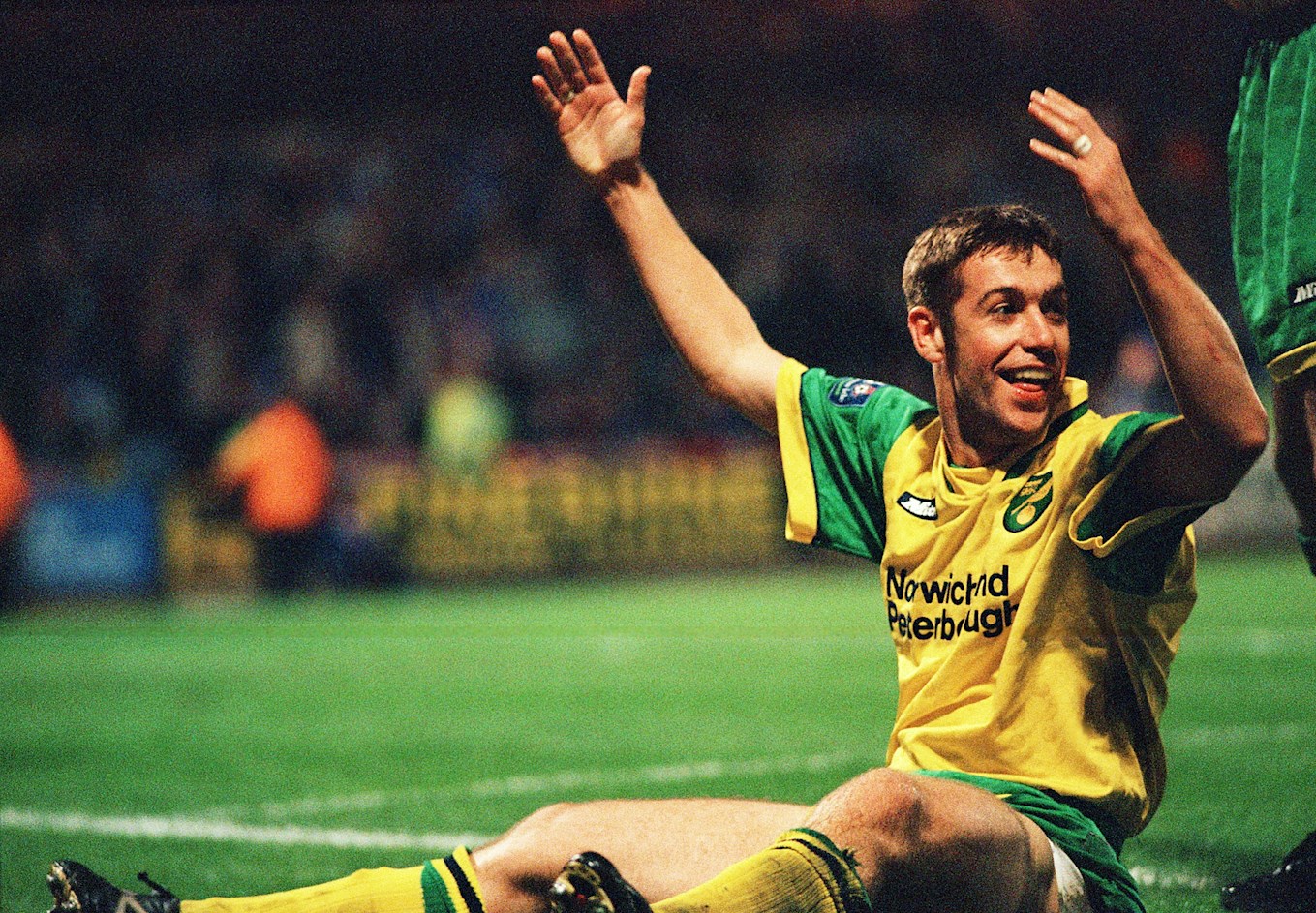