Two second half goals from Ismaila Sarr condemned Norwich City to a 3-1 defeat at home to Watford.

The Canaries had battled back into the match, having conceded early on to Emmanuel Dennis, but Watford ruthlessly took advantage of some defensive errors to punish the team and take all three points in the second half.

Head Daniel Farke made five changes to the side that lost to Arsenal last time out as new signings Ozan Kabak and Mathias Normann were both handed their debuts and Billy Gilmour, Josh Sargent and Milot Rashica returned to the starting XI.

The visitors started the match brightly, looking to get the ball out wide and send crosses into the box, but then Gilmour played in a dangerous free kick into the area, that somehow evaded everyone, and Pukki went close to putting his striker partner Sargent in on goal.

Normann then sent an effort just over on 12 minutes before Watford took the lead on 17 minutes. It came from a cross from Kiko Femenía on the right and Emmanuel Dennis was able to charge in from the opposite flank to power a header home from close range.

Norwich hit back though as Pukki nodded a ball from Normann into the path of Sargent who couldn’t get a decent shot away, under pressure from Troost-Ekong, but Kabak had to be alert at the other end moments later to block a shot from Joshua King as Watford broke quickly.

The Canaries were back on level terms on 35 minutes as Normann played a great pass into the channel for Pukki to chase and he timed his run perfectly to chip Ben Foster and get his second goal of the season.

However, there were chances for both sides to take the lead in the first half minutes that remained. First Pukki fired over from the edge of the box and then Krul saved as Ismaila Sarr was put in through goal. 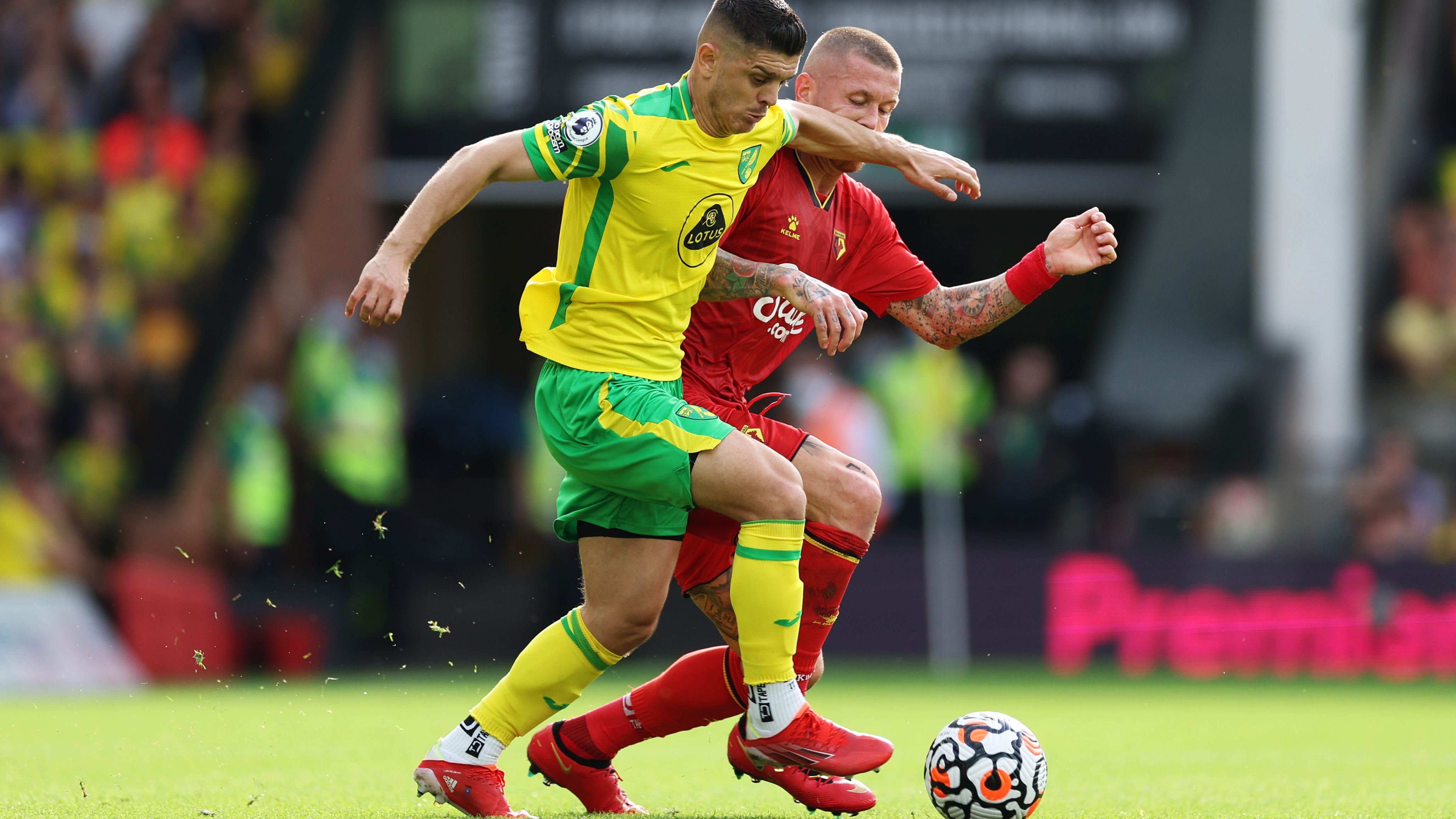 Norwich began the second half on the front foot as McLean had a shot charged down before Milot Rashica went down in the box following slight contact from Danny Rose, but the referee Rob Jones turned down the appeals for a penalty.

However, on the counter, Watford retook the lead on 63 minutes as King got in behind Brandon Williams down the left and then crossed low to the near post where Sarr glanced a shot past Krul to find the bottom left corner of the net.

That goal forced head coach Daniel Farke into a couple of changes as he brought on Christos Tzolis and Todd Cantwell for Normann and Sargent. McLean then sent in another shot, with 16 minutes remaining, after intercepting the ball in midfield but his low blast was well held by Foster.

Then a lovely move saw Max Aarons play in Tzolis who pulled the ball back for Rashica on the penalty spot but his effort was well parried way by Foster.

However, Watford sealed the victory with just under 10 minutes to go as Tom Cleverley played in King who forced a good save from Krul only for Sarr to tap in the rebound. Initially it looked as though the assistant referee’s flag had saved City as King was adjudged to have been offside, but when VAR reviewed the incident the goal was allowed to stand. 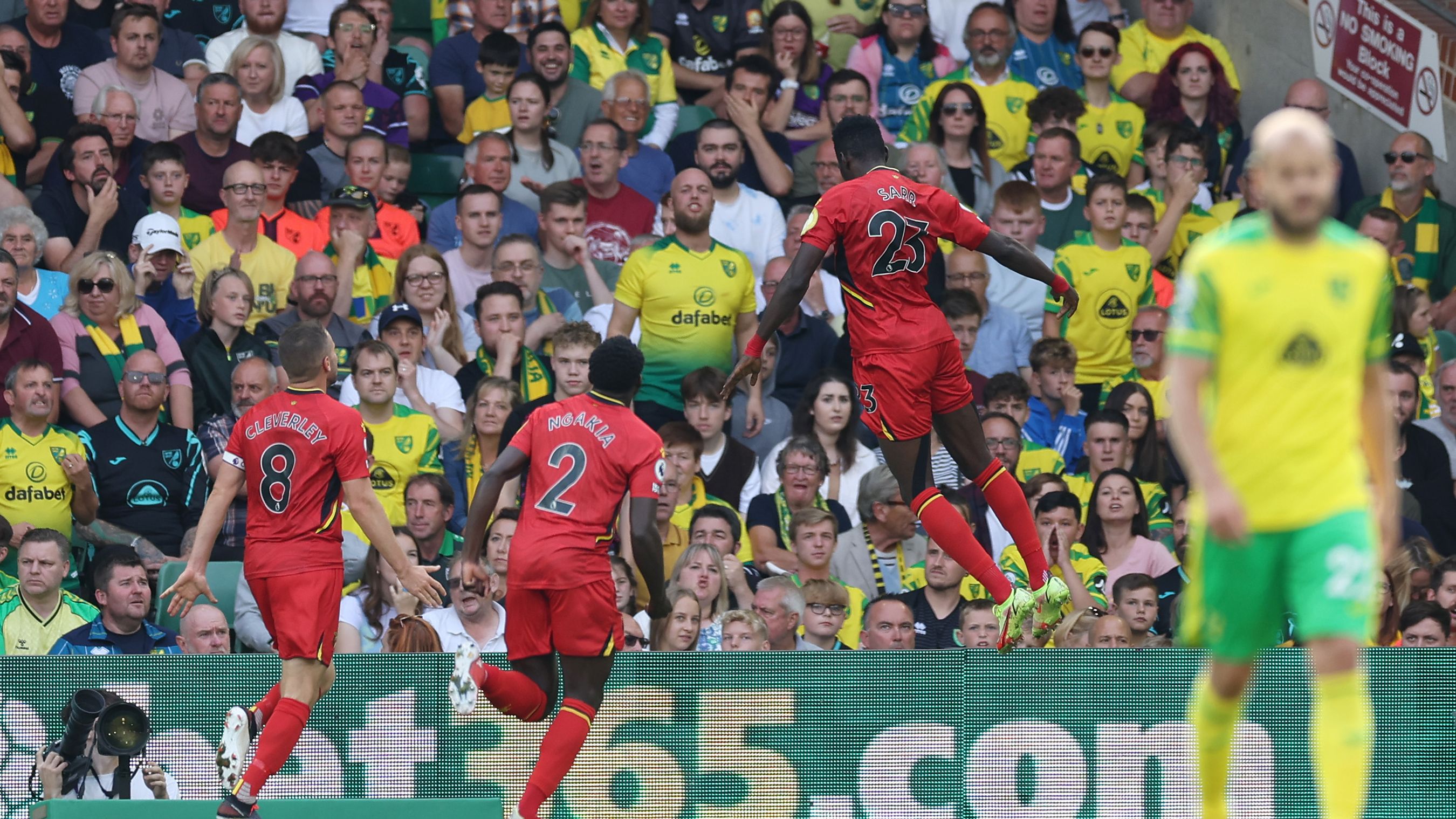 And the lucky number was 1431 – the winner will receive a celebration package for two people for the Southampton game.