Women edged out in thriller with Harlow

Norwich City Women’s impressive first-half display was marred by a disappointing final 45 minutes as they lost to Harlow Town 4-3 on Sunday.

Norwich started very strong, with Natasha Snelling netting inside the first two minutes. Megan Todd put the pressure on in midfield, beating her defender and getting a pass across the goal towards Snelling, who was able to tap in from six yards out.

City continued to look the stronger side, as they were dominant in all areas of the pitch and held most of the possession.

Snelling then looked eager to double City’s lead as she was on the end of a one on one with the keeper but her shot went just wide of the goal.

On the 20th minute mark, Todd made it two for City as Anna Larkins slotted a great pass through the middle of the Harlow defence and Todd was able to lob the keeper from the edge of the box.

Jodie Drake was then on the end of Norwich’s next opportunity as Snelling slotted a pass across the goal towards her and she was able to fire a powerful shot on target but the Reds keeper was strong on her feet, making a great block to keep City’s lead at just two. 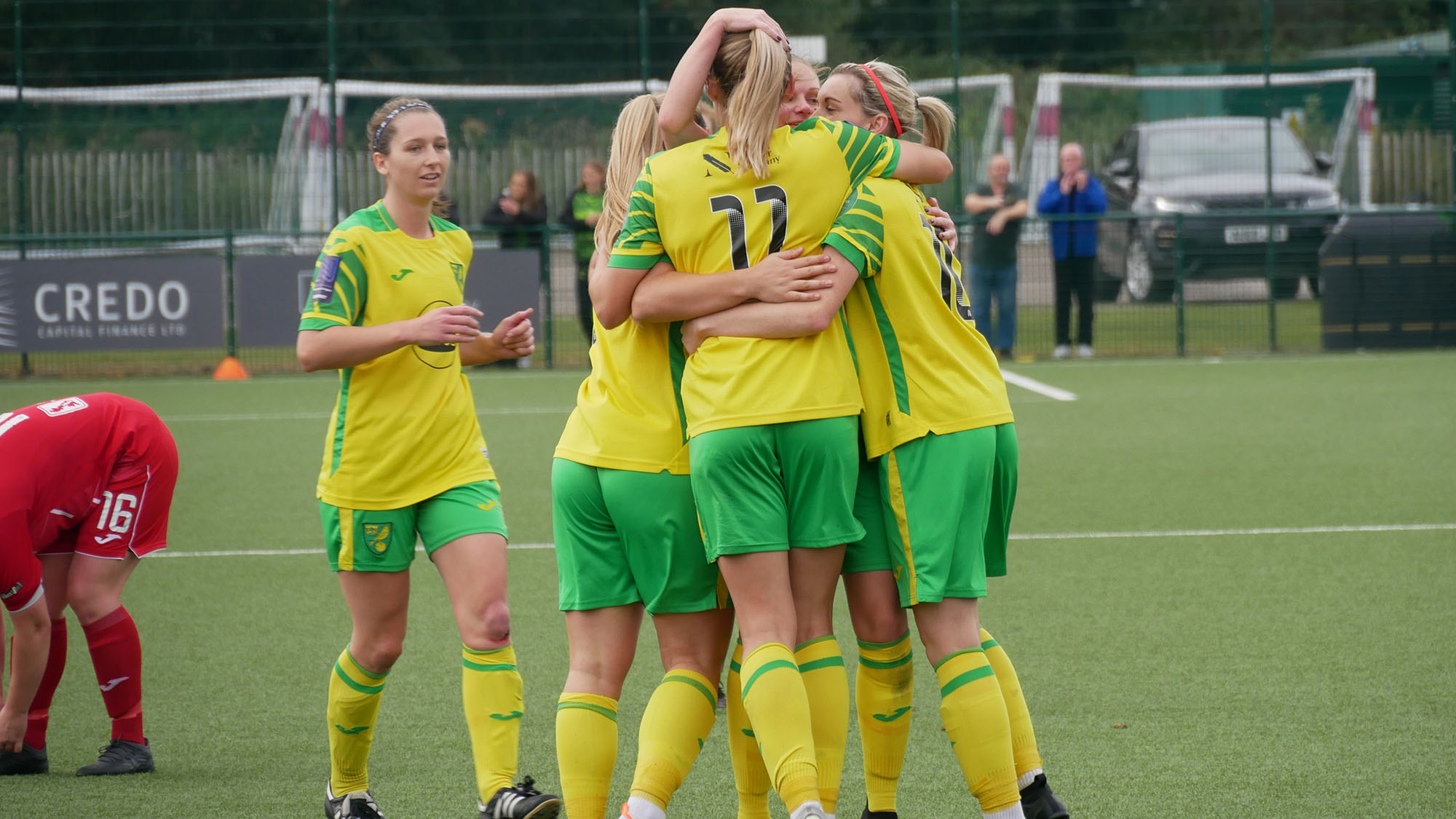 City were looking dangerous at every attack they made and at the half an hour mark Kathryn Stanley had made it three for the Canaries. It was a lovely strike that looked like a cross as she almost ran out of pitch inside the box, but her shot curved round and ended up in the top left corner.

Following the goal, Harlow had a chance to pull one back as they earned themselves a free kick just outside the area to the left of the goal. The ball managed to loop the wall but Bryony Williams stopped any further danger and collected the ball as it looped towards goal.

City then won themselves a free kick as Drake was fouled in midfield at 30 yards out. Todd stepped up to take it and her strong effort was fired towards the top corner, but on the wrong side of the net.

Harlow had the last of the dangerous attacks in the first half as Chardonnay Johnston was beaten on the left wing and a cross was fired across goal but it was marginally too long for any of the Reds to get on the end of.

City went in at half time with their heads held high after a dominant first 45 minutes and it looked as though there were more goals to come.

Harlow came out fighting in the second half and made the City defence work hard in the box. There was a scramble in the area and Williams was unable to safely collect. City regained possession but the ball didn’t leave the box and Harlow managed a shot towards goal that went inches wide. 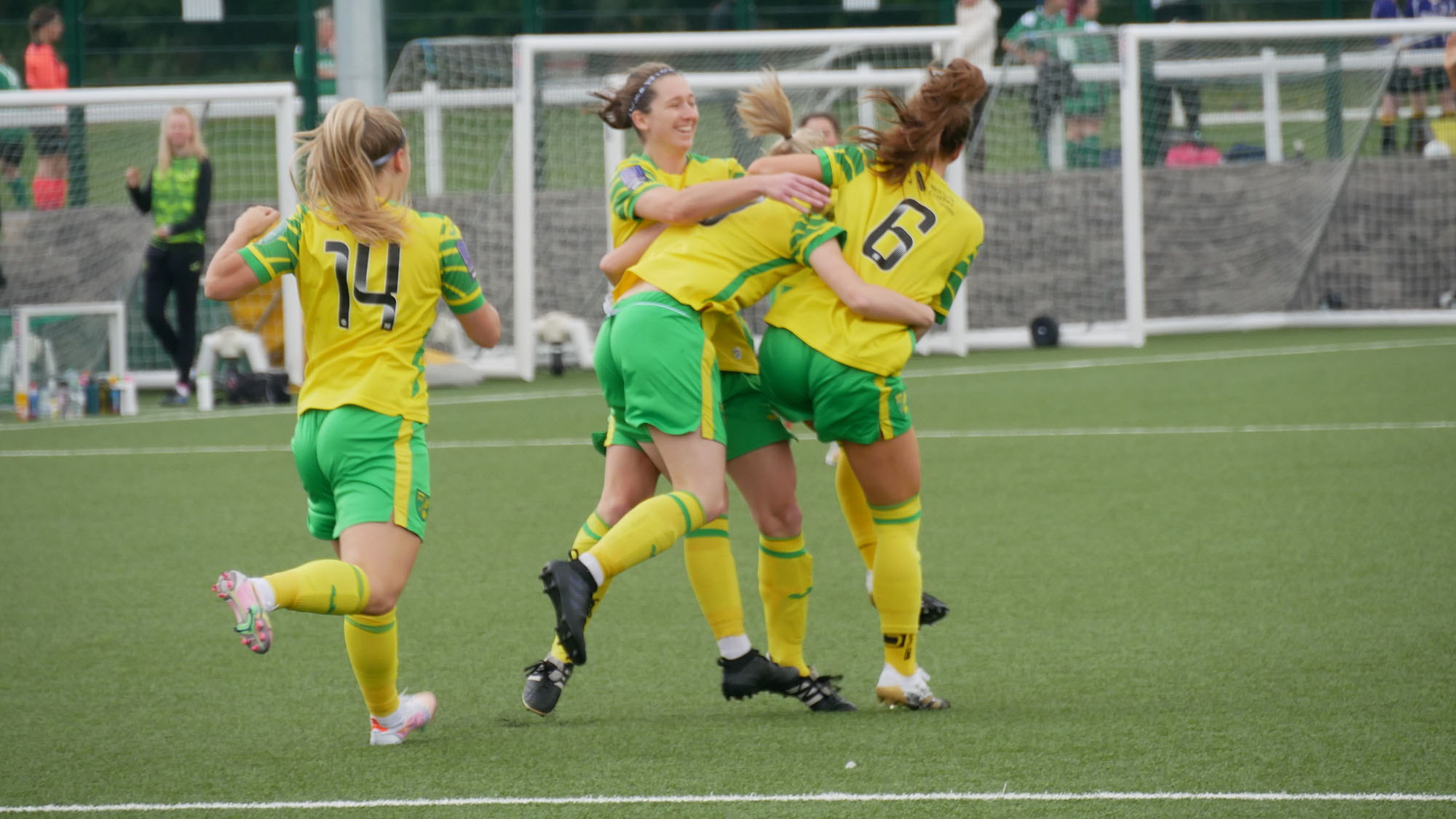 Snelling then added to City’s tally of shots on target as she was able to break free of her defender and fire towards goal, but unfortunately straight at the Reds keeper. Just before the hour mark, after some shouts for a foul on a City player, the visitors had netted their first. With one yellows player down after she thought she had been brought down, Harlow were given space running towards goal and made a great strike from the edge of the box that managed to beat Williams.

Norwich managed to increase their possession on the ball and earned themselves a corner that Todd took, but all attempts to take a shot were kept at bay by the Harlow defence.

Larkins later managed to get a lovely ball over the top of the Reds defence across goal towards Ellie Smith in the box but she was the wrong side of her defender and the cross was unable to fall where she wanted it, meaning City lost possession.

Todd kept the pressure on the Hawks back line as she was treated to a one on one with the keeper but she gave her shot too much power and the ball flew over the bar.

Just minutes later, Harlow made City regret not taking advantage of those chances as they pulled another goal back with 20 minutes to go. Williams was unable to get near the ball as a strike was made from 30 yards out and placed perfectly out of reach. Five minutes later and the game was all square as City were unable to clear a corner and an unmarked Harlow player headed home.

City looked out of ideas and were visibly disheartened after such an admirable start to the match.

The Yellows did manage a dangerous attack with ten minutes to go as Millie Daviss and Todd made a lovely link up in midfield and Todd was in a comfortable position to shoot but fired just over the bar again.

The final ten minutes were about holding on for City but unfortunately, they ran out of steam and allowed Harlow to get a fourth with one minute to go. A disappointing result for a strong City side who just couldn’t manage to keep the visitors at bay. City play Harlow again in the Vitality Women’s FA Cup in their next match.