Football returns to Carrow Road this afternoon for our first home game of the 2020/21 Championship season! 1,000 season ticket holders are set to be in attendance, but our Match Pack includes all you need to know for those who are watching from home.

"Swansea City were the visitors at the Deepdale Stadium for the first league game of the season, and it was Morgan Gibbs-White who got the game’s only goal to take all three points back to Wales.

Find out more about Preston's start to the season, the referees in charge of today's match, and more in our Match Preivew!

Marco Stiepermann will miss the first home game of the season with a back problem. Click the hyperlink above for team news in full.

Minute's silence to be held in memory of Gorden Bennett

A minute's silence will be held ahead of kick-off at today's game, following the passing of former Norwich City chief executive, Gordon Bennett. Both sides will also be wearing black armbands.

Teemu Pukki: I've missed playing in front of the fans

"When we found out about the news that there would be fans, we were all pretty happy about it. I’ve been missing playing in front of the fans a lot. It’s kind of a different game without fans, so it’s much easier to get yourself into the game when there are some supporters.

"I hope they give us a good cheering from the stands and we will do our best on the pitch."

We sat down with Pukki this week to preview Preston and discuss the return of fans to Carrow Road!

We've had a whole week of uninterrupted training to prepare for today's game, and our photographer was on hand at Lotus Training Centre on Thursday to capture the best moments!

Daniel Farke: I hope return of 1,000 fans is just the start

"It's a supporter's game and this will never change. For that, it's important to have them back.

“Hopefully we can start to increase the number but we have to see how it develops. Let's concentrate on this first step and doing it properly. If everything goes well, we can then look at increasing the numbers.”

Have a read of the boss' pre-match preview above!

"On occasion last season, towards the end, he did try three at the back as well, but it depends how he views Norwich as well in terms of how he sets up because he will try to combat them at the same time."

Freelance sports reporter and lifelong Preston North End supporter Anthony Wareing tells us all about his club's prospects for 2020/21!

Today's game may be the first home game of the season, but back in 2003/04, the visit of Preston represented Carrow Road's final fixture, and what a match it was!

Remind yourself of how the action unfolded as City celebrated winning promotion to the Premier League!

For information on iFollow, where today's game is being broadcast, and how else you can keep up to date with the match click here.

Norwich City showed resilience and determination to come from behind twice to earn a deserved point at home to Preston North End.

In the first game in front of supporters since March - as Carrow Road welcomed back in 1,000 fans into the South Stand as part of a pilot scheme - the Yellows were cheered off by the spectators at the final whistle thanks to Przemyslaw Placheta’s 86th-minute equaliser.

Head coach Daniel Farke named an unchanged team from the side that had won against Huddersfield Town last time out, with Emi Buendia, who was set to return from suspension for the match, missing out altogether having picked up a knock in training.

That meant Teemu Pukki started up front, with Onel Hernandez, Todd Cantwell and Kieran Dowell just behind him, while the back four of Xavid Quintilla, Ben Godfrey, Christoph Zimmerman and Max Aarons, had holding midfielders Oliver Skipp and Kenny McLean just in front of them. There were no changes on the substitutes’ bench either from the Huddersfield game.

Preston began the match brightly snapping into challenges and winning their fair share of ball inside Norwich’s half. City did have a breakaway attack when Todd Cantwell was stopped just short of the 18-yard box by a good sliding challenge from Ben Pearson, but it was the visitors who took the lead after 13 minutes when a corner was played into the box and Oliver Skipp was adjudged to have pushed Ben Davies in the back. Scott Sinclair stepped up to take the spot kick and sent Tim Krul the wrong way.

However, City responded well to that setback with Xavi Quintilla, a danger throughout, sending a couple of low crosses into the box. Daniel Farke was forced into an early change after 24 minutes as Kieron Dowell went of injured to be replaced by Placheta.

And following a spell of pressure, Norwich deservedly got back on terms when a half-cleared corner was kept alive by Quintilla who delivered a inswinging ball for Pukki to send a glancing header towards the top corner that, former Canary, Declan Rudd could only parry into his own net.

Pukki then had the chance to make it 2-1 moments later but, having done well to steal in on an under hit back-pass, Rudd was quickly out of his goal to deny him.

Preston then nudged themselves in front once more in the 41st-minute as a Sinclair shot was blocked but fell kindly for Darnell Fisher who followed up to fire home.

Norwich’s frustrations then grew at the start of the second half as Quintilla was harshly booked for a foul on Fisher, when he appeared to win the ball cleanly when tackling the Preston full back on the edge of the box. Thankfully not further damage was done as Sinclair’s free-kick went straight into the wall.

At the other end Max Aarons was getting forward from his full-back position well and curled a coupled of efforts just over the crossbar after 51 and 60 minutes played.

Just after the hour mark Farke made a switch, bringing on Adam Idah for Hernandez and switching to a 4-4-2 formation. It seemed to bring City more joy as for the remainder of the match they penned the visitors in. First Placheta fired a good chance over, while Idah brought a good save out of the Preston keeper following a ball into the box from Ben Godfrey.

Then Cantwell was rather crudely tripped on the edge of the area, giving Placheta another sight of goal but, just as before, his effort from the free-kick was too high to trouble Rudd.

So, it appeared that going into the final minutes that, despite all the endeavour from City, the visitors were going to succeed in their mission to frustrate and take the three points from Carrow Road. However, Placheta then found the breakthrough as his initial shot was blocked only for him to follow up and fire a first time effort into the bottom corner with four minutes to go.

It was no more than City deserved and then were unfortunate not to come away with all three points when in the final minute of stoppage time Placheta crossed for Pukki to flick a near post shot towards goal that Rudd instinctively turned around for a corner. 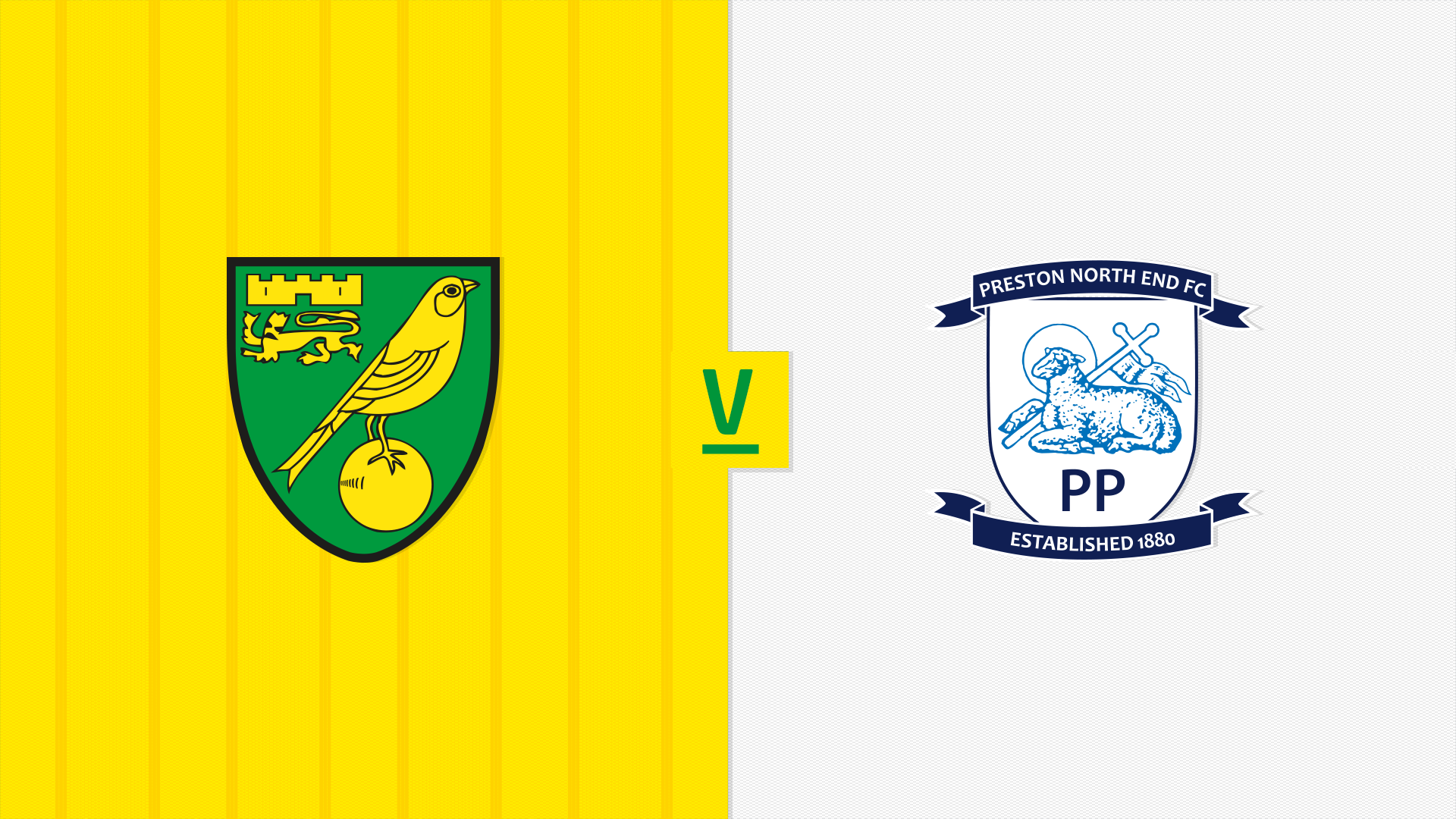 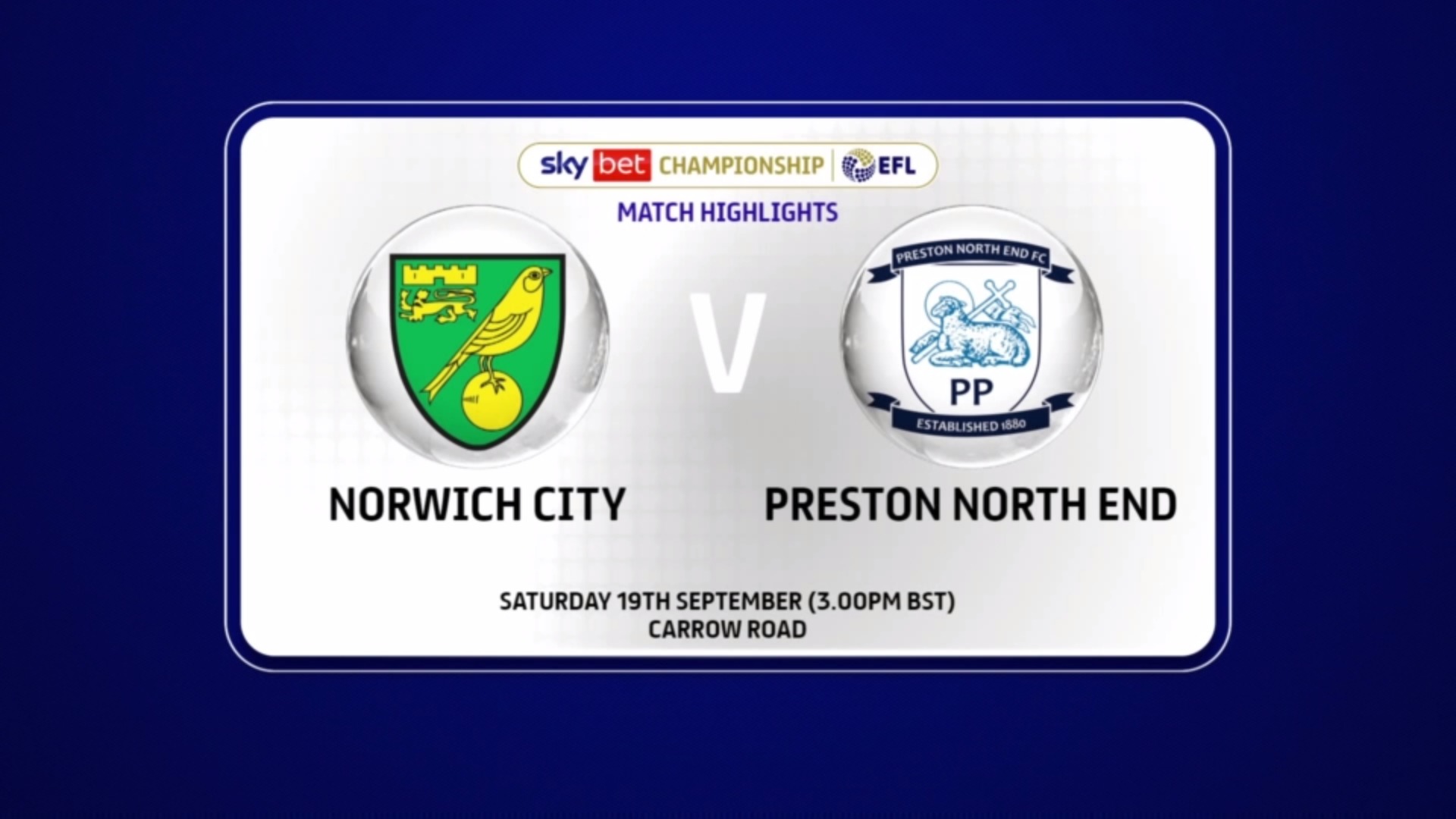 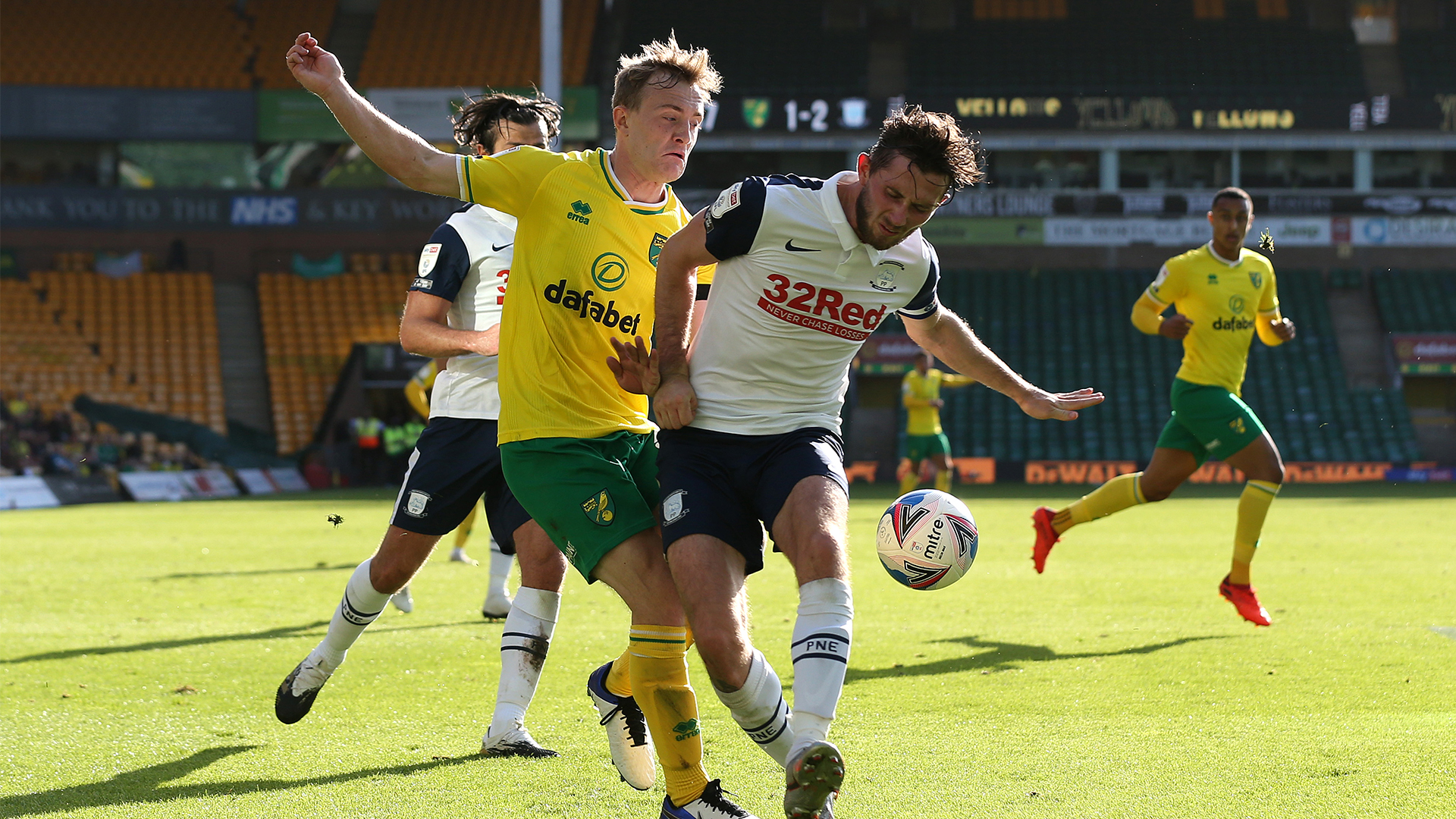