Norwich City head coach Daniel Farke says that they will have to find a solution to the central defensive injury woes after Christoph Zimmermann was ruled out for four to six weeks with a hamstring complaint.

The Canaries are already without Ben Gibson for the remainder of this season after he suffered an ankle injury in the closing minutes of their last match against Blackburn Rovers.

However, this week the club was dealt a further blow when Christoph Zimmermann, the player who replaced him in the match against Blackburn, damaged a tendon in his hamstring.

Speaking about the injury, Daniel Farke said: “I was not over the moon for us and also for Christoph, because the last weeks were difficult for him.

“He was in great shape in training, and he was highly motivated and always delivered when he came in, so we all got the feeling that he fully deserved to have the chance to bring it for us in a crucial moment.

“He is the most disappointed guy in the dressing room. However, sometimes you have to accept that there are setbacks, in an individual way and also for the group, you have to say ‘come on we can’t suffer too long, we have to deal with it’.

"He (Christoph) also has to make sure he can return as quick as possible. There is a chance that he could be involved in the two last games and for that he has to do everything he can do to be available as quick as possible and I, along with our coaching staff, have to find some solutions of how to deal with this situation.”

Speaking about the different options he has available, Farke added: “We have players that can fulfil this role, but Andrew (Omobamidele) is a natural born centre back, Jacob (Sorensen) and Alex (Tettey) are more midfield players but they have proven before that they can fulfil this role as well and for that we will find some solutions and we will work on it, but we don’t just have to find a solution for tomorrow, we have to find a solution for the next six or seven games.”

Added to the injury to Christoph, Farke was also waiting to see if all of the players who went away on international duty would return fit and well. The training session on Thursday was also pushed back to 2.30pm in the afternoon to allow eight players, who had played for their countries on Wednesday evening, to be assessed for their availability to travel to Preston North End.

“When I ask them if they are ready to go, everyone will tell me ‘yeah, I am buzzing. I am ready to go. I feel fantastic’. However, not all the eight players who were involved yesterday will be in the starting line-up, but it would also be tricky to do it without all of the eight players. From the sports science view it wouldn’t make sense, but we also can’t afford this. So we have to be smart in terms of what we do and who we play.”

Norwich City edged a step closer to automatic promotion as Kieran Dowell scored the only goal of the game in a 1-0 win away at Derby County.

The result maintained the Canaries' 17-point gap over third placed Brentford, winners themselves away at Preston North End, with just 18 points available for the chasing pack.

Having won 7-0 at home to Huddersfield Town on Tuesday night, Daniel Farke named an unchanged side for the game at Pride Park.

The Canaries went into the game knowing that because Swansea City, in fourth place, had won the early kick-off at Millwall any plans of being promoted today had been put on hold. However, that didn’t halt the momentum of the team, unbeaten in 12, as Kenny McLean sent an early effort over crossbar before Todd Cantwell warmed the gloves of Scottish keeper David Marshall with an effort from outside the box.

Dowell was then given a sight of a goal after 11 minutes, when Cantwell was fouled on the edge of the box by Graeme Shinnie, but his free kick went into the side netting.

That proved to be just a warning of what was to come though as, after 21 minutes, Dowell picked up a wayward pass from Craig Forsyth and ran towards the box only to be upended by the Derby County defensive midfielder. This free kick was a bit more central than the previous one and Dowell managed to curl an unstoppable effort over the wall and into the top corner of the net.

Derby rarely troubled Norwich in the first half, but skipper Grant Hanley was in the right place when they did to block an effort from Colin Kazim Richards and head away another dangerous ball into the box.

At the other end Dowell, Cantwell and Dimitris Giannoulis all went close to extending the Canaries' advantage as the visitors went into the break on top and on course for another three points.

However, Derby started the second half brightly with Shinnie playing a ball over the top of the defence for Kazim-Richards to test Tim Krul for the first time and moments later, Taylor Mengi, on loan from Manchester United, curled an effort towards goal that Krul produced a top class save from.

That forced Daniel Farke into a double change as he brought on Przemyslaw Placheta and Marco Stiepermann for Emi Buendia and Dowell.

The Derby pressure continued though as with 17 minutes to go former Canary Patrick Roberts slalomed his way into the City penalty area before Krul smothered his shooting opportunity on the edge of the six-yard area.

Substitute Louis Sibley then dragged a shot wide from the edge of the box.

However, Norwich hit back as the game approached the 80-minute mark as Teemu Pukki got in behind the home defence, only to be denied by a good tackle from Wisdom, before Cantwell volleyed an effort over from distance.

And having regained control of the proceedings, Norwich managed to see out the remaining minutes without too much worry although they were thankful to a wayward shot from Shinnie after Kazim-Richards had robbed Krul of possession outside of his area. 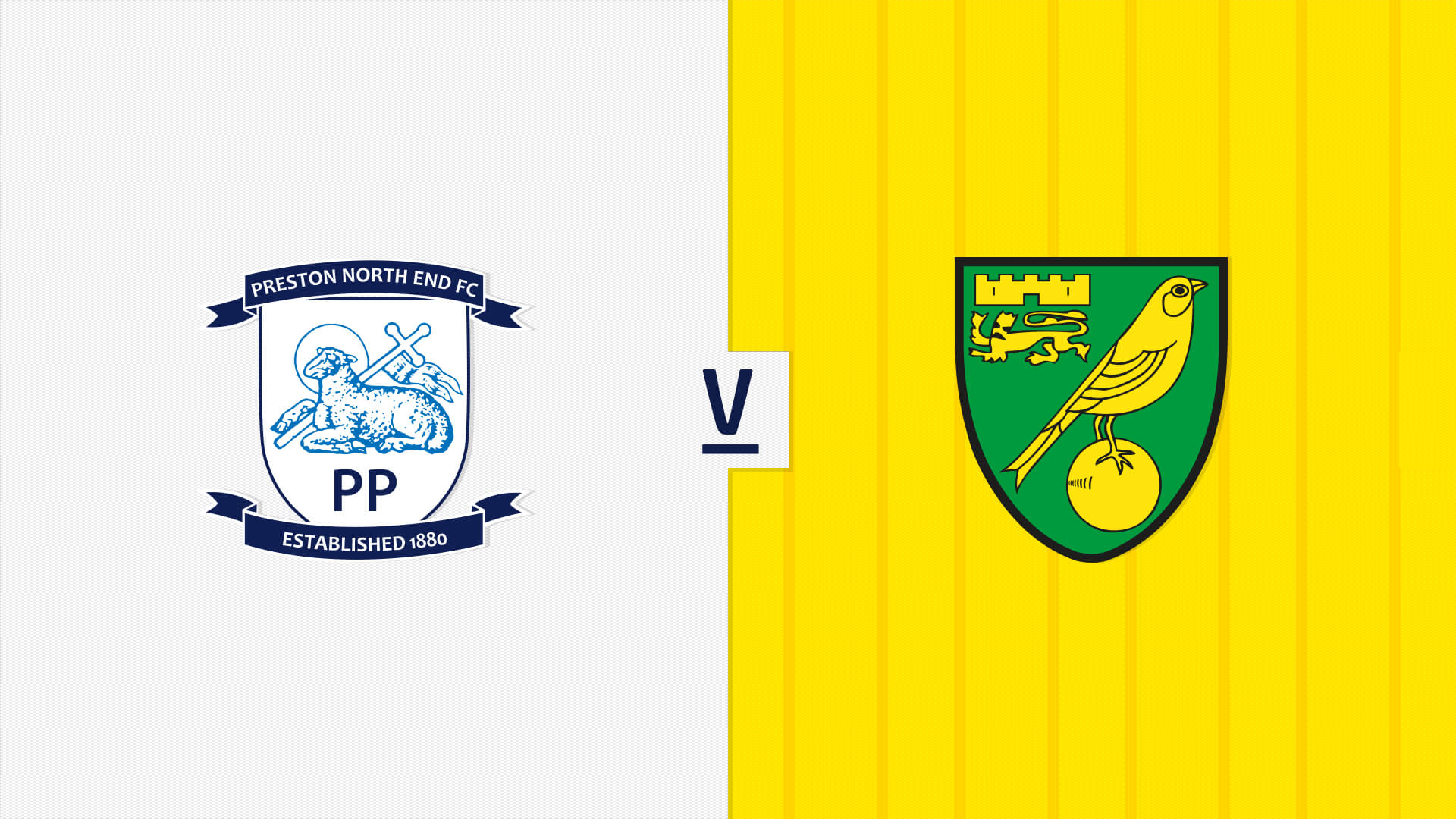 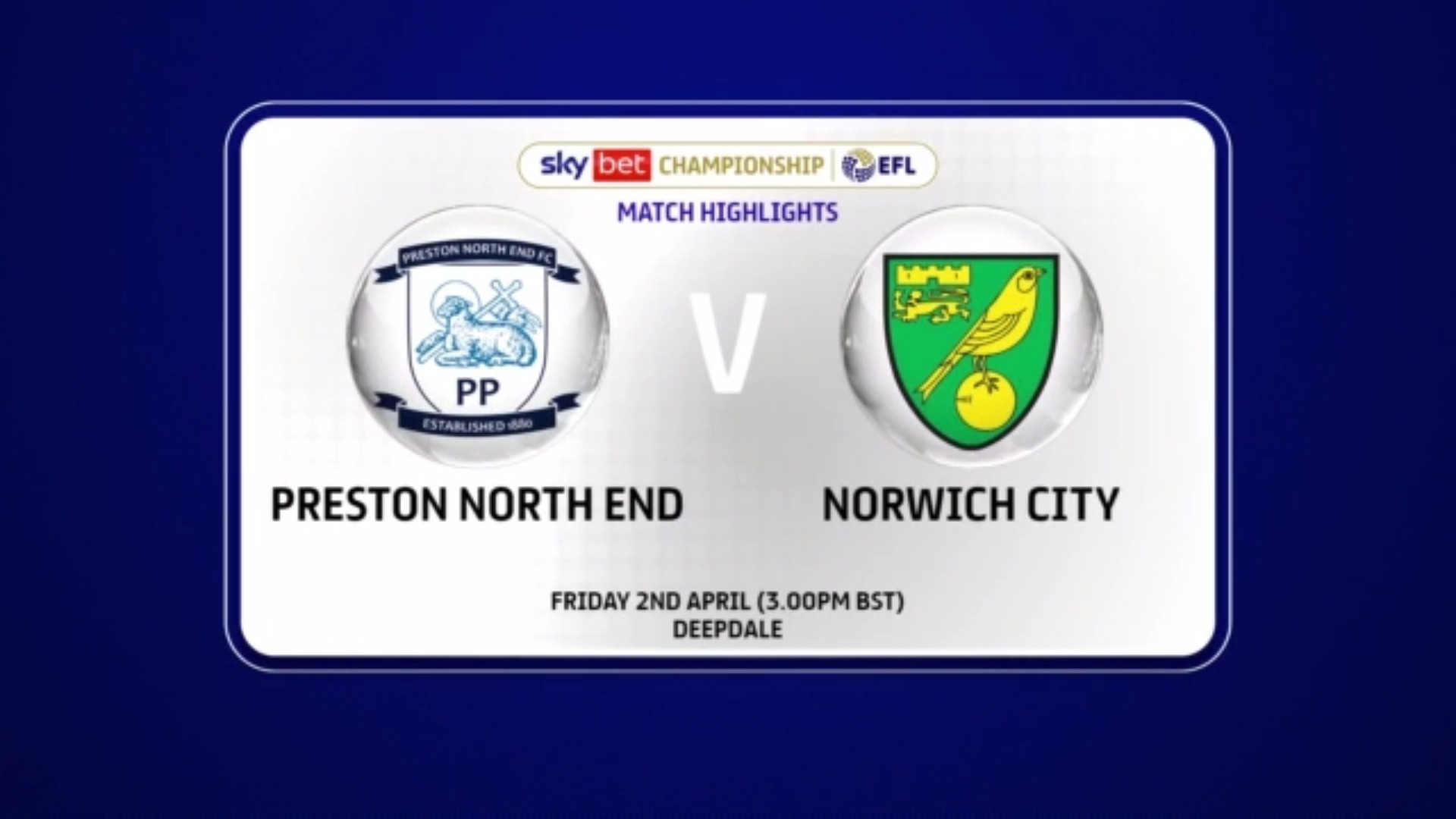 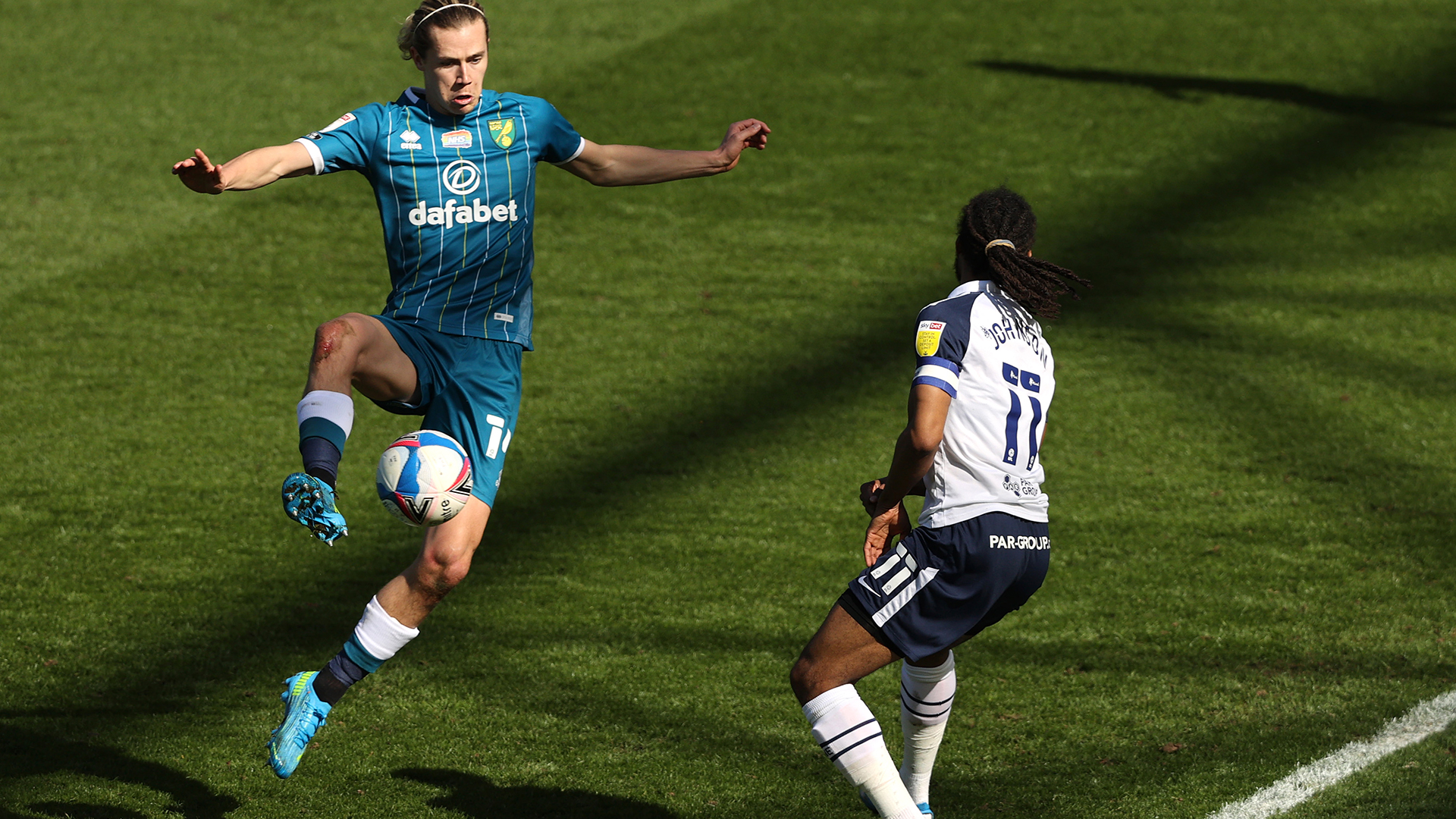