Sheffield Wednesday are starting to climb the table following Tony Pulis' appointment as manager, with just one defeat from their last six games.

We spoke to the Sheffield Star’s Alex Miller, ahead of the club's 1-1 draw against Reading in midweek, about how Wednesday are doing under their new boss and if we are likely to see former Canary Jordan Rhodes in the starting line-up today.

Canaries.co.uk: Tony Pulis has recently taken over as manager of Sheffield Wednesday. What have you seen from his first three games in charge that differ from the way the side played under Garry Monk?

AM: It's very early days under Pulis, but we’ve seen three matches now and what is clear is that he is very keen to build from the back. Wednesday lost too many games to fragile defensive errors under Monk, who preferred three at the back with wing-backs.

Pulis has set Wednesday up deep to play on the counter with a lone front man. It's a solid, pragmatic start that has seen them earn two draws from his three matches so far.

Canaries.co.uk: Garry Monk claimed to have been meeting the club’s targets when he was sacked. Were you surprised by his dismissal or did results towards the end of last season prove to be his undoing as well?

AM: I'm not sure he was claiming he was meeting the club’s targets so much as he was meeting the minimum expectation set by the team, and even that was helped along by the fact their 12-point deduction was halved in October. Owls owner Dejphon Chansiri told us just days before Monk's sacking that he still saw play-off qualification as a reasonable target. Monk's line was that survival was the primary thing. So the sacking wasn't a surprise so much as the timing. Wednesday had been in freefall since sitting third last Christmas, but they had just beaten Bournemouth and drawn to Millwall after losing to Luton, Rotherham and Wycombe within a few days. Many expected him to get the bullet a week earlier.

Canaries.co.uk: Sheffield Wednesday started off the season with a 12-point deduction, halved to six. How has that affected the club’s aims this season? Are they still confident of challenging for the top seven come the end of the season?

AM: With the transition the squad has undertaken in recent months, few would argue that the retaining of Championship status should be priority number one. Pulis has never been relegated as a manager and brings with him huge experience of building teams that are hard to beat, which is pleasing for Wednesday fans that have twice seen their team lose 5-0 in recent months.

The new boss promised Chansiri honesty after his appointment. The chairman claimed that each of the four previous managers he has appointed has promised a promotion push, and the line he has used is to 'steer the club back into the right direction'.

Canaries.co.uk: Sheffield Wednesday are the second lowest scorers in the division. What do think the reasons are behind that this season and how the club looking to correct that problem?

AM: Wednesday have struggled to score goals since Steven Fletcher was injured back at the start of January. The Scot was at the centre of everything for Monk's Owls and without him they struggled to adapt, something they have continued into this season after he left on a free transfer to Stoke. Josh Windass is back for this afternoon’s game but he has missed the last three having been sent off 17 minutes into Pulis' first match. On-loan Derby man Jack Marriott is out with a long-term injury and Jordan Rhodes is a long way from his former self. Coupled with an inability to create enough clear-cut chances, it's been a difficult start to the season in front of goal for Wednesday.

AM: This is an interesting one. Under Pulis, Bannan has been moved further up the field in an attempt to create more. It's been widely argued he's been sat too deep in recent seasons.

Aside from Matheus Pereira, he created more chances than any other Championship player last season. He'’ the main man in the team without any shadow of a doubt and teams have continued to look to stamp him out.

Canaries.co.uk: We have seen a number of sides come to Carrow Road this season and sit in and defend. Are we likely to see a similar approach from Sheffield Wednesday on Saturday?

AM: I'd say so. Pulis has been very pragmatic in his approach so far and there's no suggestion he'll change that against one of the top teams in the division. In Adam Reach and Kadeem Harris they have pace out wide, which they will look to exploit by hitting Norwich on the break. Alongside Bannan, Massimo Luongo is perhaps Wednesday’s most important player. He's a holding midfielder of huge quality that plays such an important role in the side.

Canaries.co.uk: How much of a threat are Sheffield Wednesday from set pieces?

AM: Reach’s goal at Swansea was a replica of a move Pulis used to employ at Stoke and suggests set pieces are something the Owls are working hard on during the week. At full strength they have a really impressive roll-call of aerial threats, though that has been depleted by injuries. Callum Paterson is a powerful unit, as are Julian Borner, Tom Lees and Joost van Aken. I’d expect to see a big focus put on set pieces as a source of goals ahead of January.

Canaries.co.uk: Jordan Rhodes is a player Norwich City fans know well. How is he doing at Sheffield Wednesday this season and is he likely to play on Saturday?

AM: It's a topical question. Rhodes was brought on at half-time in the 0-0 bore draw at home to Stoke last weekend, before he himself was hooked as Wednesday went in search of a winner. It was a big blow to the striker, who was clearly distraught and had been left hugely frustrated by Monk's 14-month reign. A classy first-half hat-trick at Forest last year and this season's opening day strike at Cardiff are the only goals he has scored since returning from Norwich in the summer of 2019.

Norwich City's ten-game unbeaten run was ended by Luton Town on Wednesday night, as the Hatters triumphed 3-1 at Kenilworth Road.

In an action-packed first-half, Luton led by one at half-time. George Moncur's precise effort gave them the lead on 16 minutes before Emi Buendia levelled things from the penalty spot minutes later for the Canaries, only for Matthew Pearson to nod home on 23 minutes and make it 2-1.

Luton extended their lead shortly after the restart when Danny Collins smashed home a penalty and the injury-hit City squad were unable to find a route back into the match. 3-1 was the final score.

The defeat ended City's impressive unbeaten run, but it didn't affect their position in the Sky Bet Championship, with other results meaning the Canaries ended the night still at the summit.

Daniel Farke made just the one change to his starting eleven from the weekend's draw with Coventry City, with Buendia returning from suspension to replace Mario Vrancic. There was still a youthful feel on the bench for the Canaries, with Daniel Barden, Reece McAlear, Andrew Omobamidele, Tyrese Omotoye and Tom Dickson-Peters all featuring once again.

City settled the better of the two sides and Przemyslaw Placheta beat the offside trap on three minutes before firing a low effort across goal, however Luton goalkeeper James Shea palmed the ball away from danger

Luton then showed their threat at the other end, with Jordan Clark beat Jacob Sorensen on the right and producing a low cross for Luke Berry, however his tame effort was smothered with ease by Michael McGovern.

A quick free-kick by the hosts saw them take the lead on 16 minutes. The ball was worked wide and with City taken by surprise and unable to get into their shape, Moncur was allowed to ghost in from the left and curl an unstoppable strike in off the post with his right foot.

Their lead didn't last long though when, minutes later, Max Aarons clipped a pass behind the Luton defence and Placheta used his pace to latch onto it. Shea came running out and bundled the Polish winger over and Buendia, on his return, stepped up to coolly roll the penalty home and level the scores.

Luton regained the lead on 23 minutes, once again benefitting from a needless free-kick being given away by the Canaries. Rhys Norrington-Davies swung the delivery in from the right and Pearson rose unmarked to divert a header beyond McGovern to make it 2-1.

The remainder of the first-half was mainly played out in the Luton half, but with City unable to break the resistance of their resolute hosts. The best they could muster was on 39 minutes when Buendia smashed a cleared corner inches wide of goal on the half volley.

City's task of getting back in the game was made even trickier shortly after the restart, as Grant Hanley was adjudged to have handled the ball in the penalty area by referee Darren England. Collins smashed home the penalty to make it 3-1 to Luton.

Things almost got even worse for the Canaries minutes later when Kieran Dewsbury-Hall cut back to Berry in the area, but the Luton midfielder was wayward with his shot.

The hour mark arrived and City switched to a three at the back with Aarons moving over to the left-hand side. However, they still found it difficult to break Luton down. Oliver Skipp found himself on the right on 68 minutes but a decent cross was headed way over by Stiepermann.

City had the ball in the net on 83 minutes as substitute Christoph Zimmermann sent a long-range strike towards goal, however the ball deflected off Sorensen on its way into the net and unfortunately, the Dane was in an offside position.

Ultimately, it was a difficult night for City, but there was a debut for young Tyrese Omotoye late on. 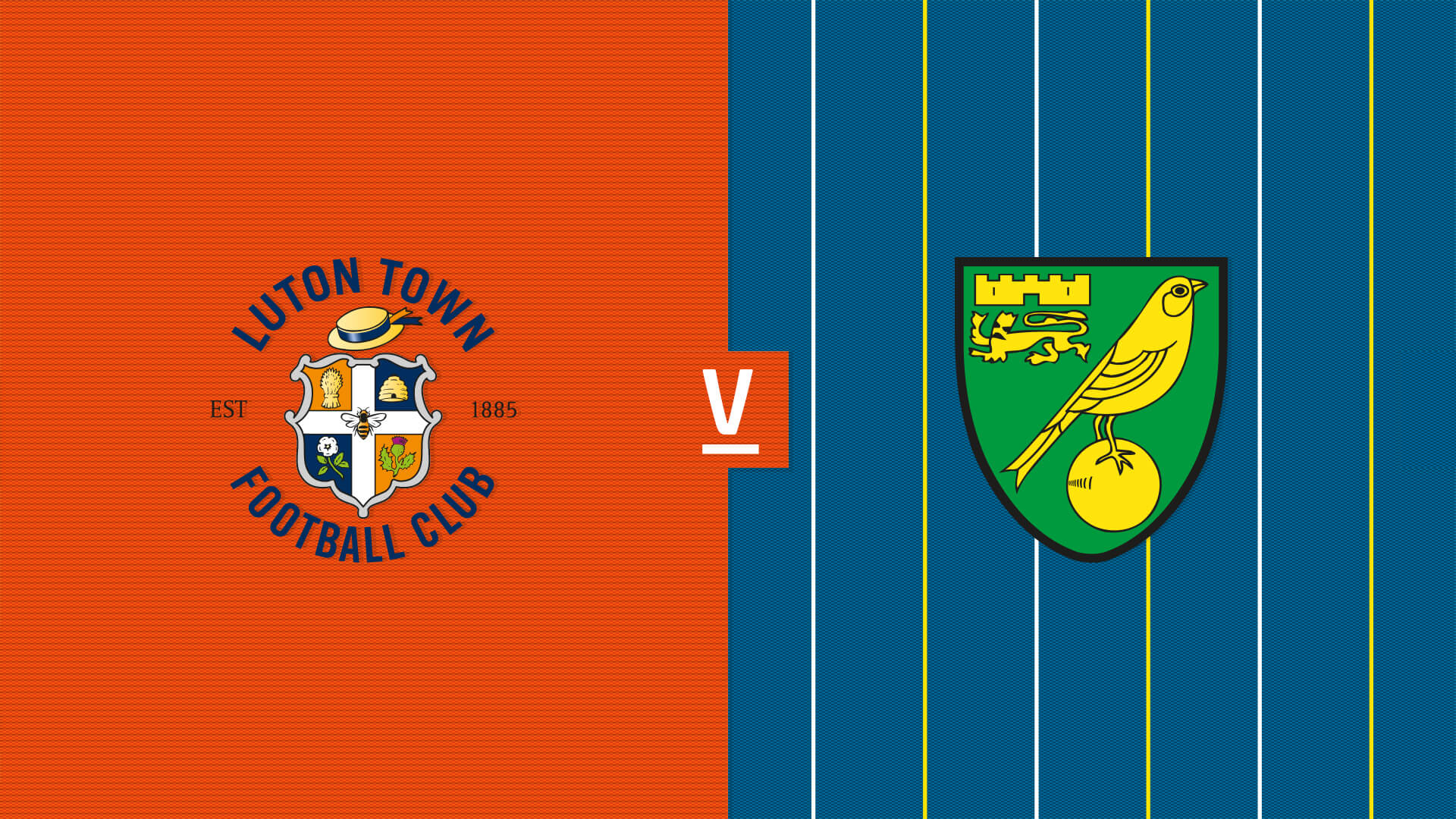 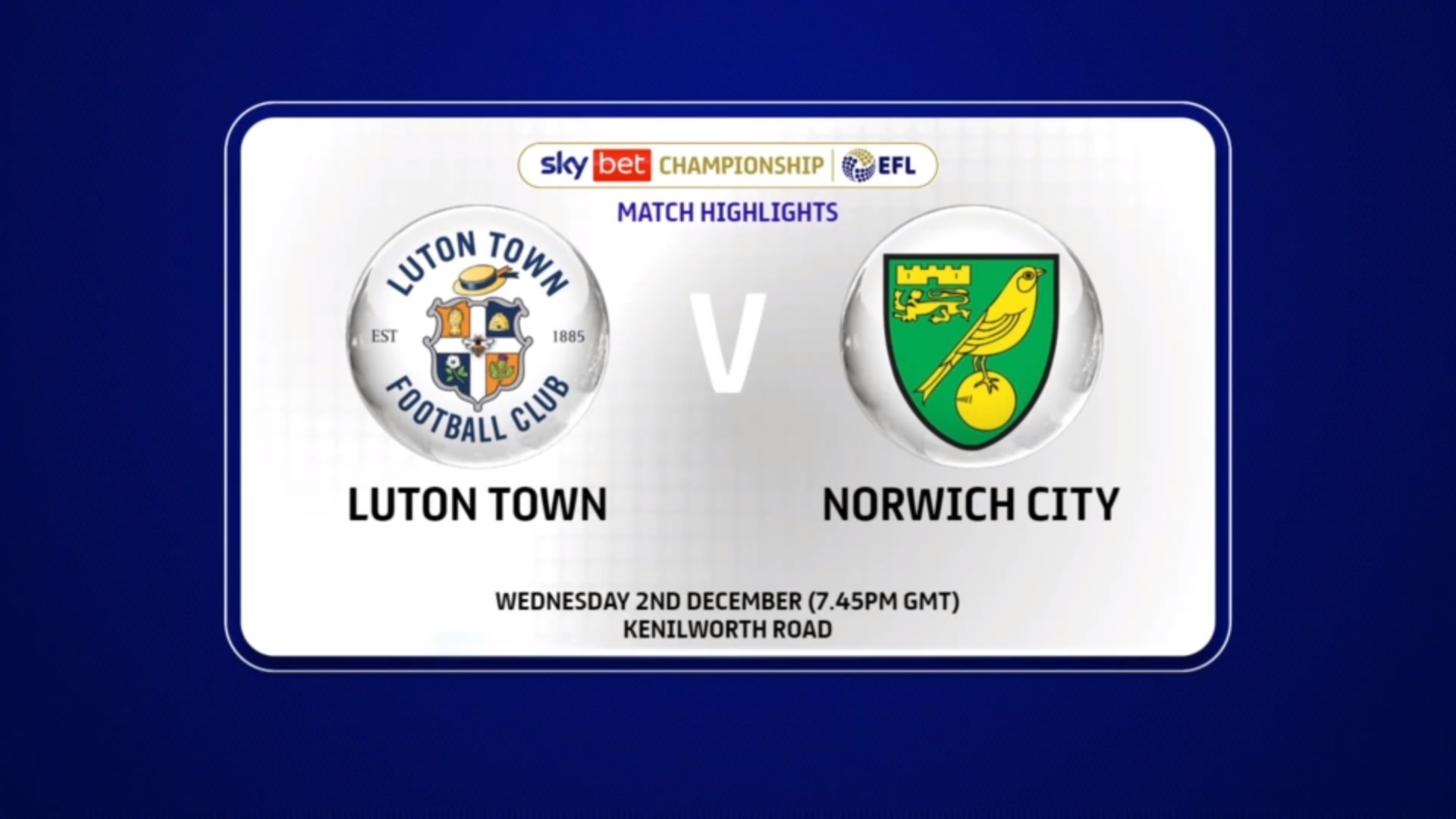 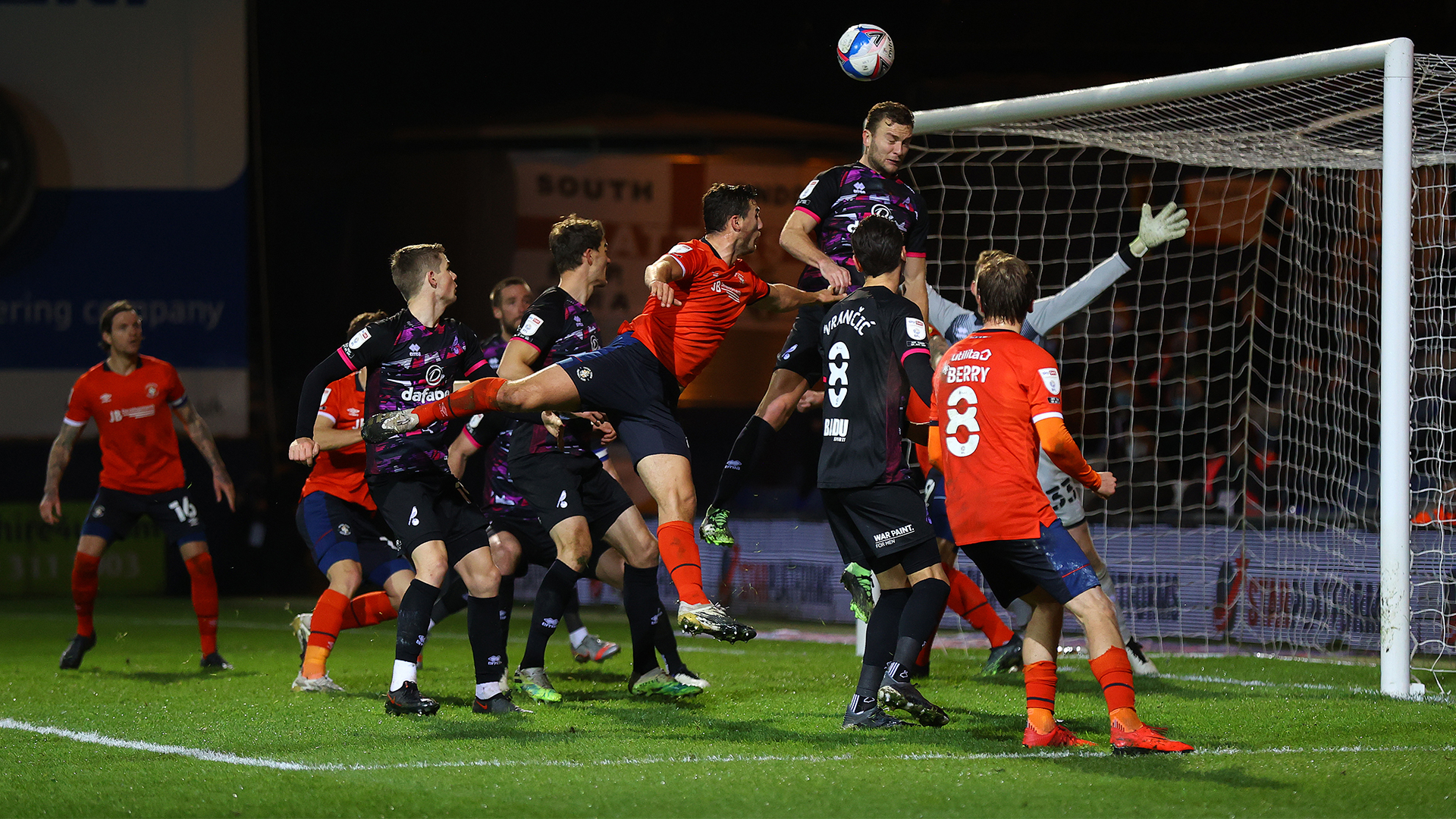