Norwich City head coach Daniel Farke said he appreciates the work Mark Robins and his team are doing at Coventry City in his pre-match press conference on Tuesday.

The two sides meet at St. Andrew's on Wednesday (7pm) in the Sky Bet Championship, and if our previous league game against the Sky Blues is anything to go by they'll be a tough nut to crack.

The Canaries had more luck than in their 1-1 draw with Coventry in January's 2-0 FA Cup third round win, but Farke was impressed by the opposition on that day too.

"In the cup game against Coventry, we had a very good start," he said. "But they showed after our goals that it's difficult to create chances against them.

"I totally value their work there, they always play with a clear handwriting and lots of passion and desire.

"They will fight tomorrow after their last game [a 3-1 defeat at Cardiff City]. It'll be a difficult task, they have quality and are a very good footballing side."

Farke added that Coventry represent a different type of challenge to those that Norwich will face in the following matches against the likes of Rotherham United and Birmingham City.

"Each opponent in the next few games has a different style," he said. "Coventry are a good footballing side whereas some of the other sides are more direct. But every game is difficult at this level.

"We have been in that position, so have Brentford. Barnsley beat them with a clean sheet on Saturday, that shows you have to be switched on in every single moment."

Coventry away gets updated kick-off time


Our upcoming league game away to Coventry City has received an updated kick-off time.

Goals from Teemu Pukki and Emi Buendia saw Norwich City ease to a 2-0 victory over Coventry City on Wednesday night at St. Andrew's.

City dominated the opening period and were well worth their two goal advantage at half-time, Pukki and Buendia assisting each other for goals on 28 and 45 minutes respectively.

Coventry improved after the break but didn't create anything to threaten the scoreline.

Daniel Farke named an unchanged squad for the trip to St. Andrews, with Dimitris Giannoulis, Mario Vrancic and Buendia keeping their spots in the team after returning for the weekend win against Stoke City.

Coventry, meanwhile, went into the match with four new starters following their weekend defeat to Cardiff City, with Tyler Walker returning for his first appearance since December.

The bobbly St. Andrews pitch made things difficult for both sides early on. Neither could string a sequence of passes to bring a chance at goal in the opening ten minutes.

However, it was City who should have taken the lead on 12 minutes. Cantwell attempted a one-two with Vrancic but Vrancic's pass instead found Pukki surging towards goal. He decided to square to Cantwell who was running adjacent on his right but the cutback was just behind him and Coventry were able to clear the danger.

Coventry took a while to get going but showed a threat from wide areas on 21 minutes. Julian Dacosta whipped a teasing cross in from the right but Callum O'Hare could only nod over from close range.

But City looked the slicker of the two in the final third in the opening half an hour and they deservedly took the lead on 28 minutes. Oliver Skipp pounced on a loose pass on his own half and moved the ball forward to Buendia who slid a precise through ball into the path of Pukki. The Finn showed tremendous composure to slide the ball past Wilson for the opener.

It could have been two moments later when Giannoulis lashed towards goal from a tight angle but he effort was narrowly over.

A flowing City move on 37 minutes almost presented a second. Giannoulis' pass across the edge of the area was dummied by Pukki and rolled to Vrancic but he goalbound effort deflected just over. From the resulting corner, Grant Hanley nodded towards goal but the ball was blocked by the feet of Ben Wilson.

The Canaries were full of confidence and they doubled their lead on the stroke of half-time. Pukki stole the ball from the indecisive Kyle McFadzean and he ran into the area and returned the favour for Buendia to tap into an empty net.

Despite a bright start to the second-half by the Canaries, Coventry had the first opportunity of note. Julian Dacosta, who was lucky not to be given a second yellow card moments before, played a neat through pass to O'Hare but he was crowded out well by the onrushing Tim Krul.

Coventry continued to improve with substitutes Maxime Biamou and Victor Gyokeres giving them fresh impetus going forward, however they struggled to create anything meaningful to threaten the scoreline.

Instead, it was the Canaries who went close next on 72 minutes. Cantwell spread a delicious crossfield ball to Max Aarons but the right-back was forced to cut in onto his left and a tame effort was saved by Wilson.

Coventry stepped up their efforts for a goal late on - Biamou and O'Hare exchanged passes on 86 minutes but Ben Gibson did well to block the latter's effort at goal.

That was as good as it got for Coventry, as the Canaries saw out the remaining minutes to record the clean sheet.

Coventry away gets updated kick-off time


Our upcoming league game away to Coventry City has received an updated kick-off time. 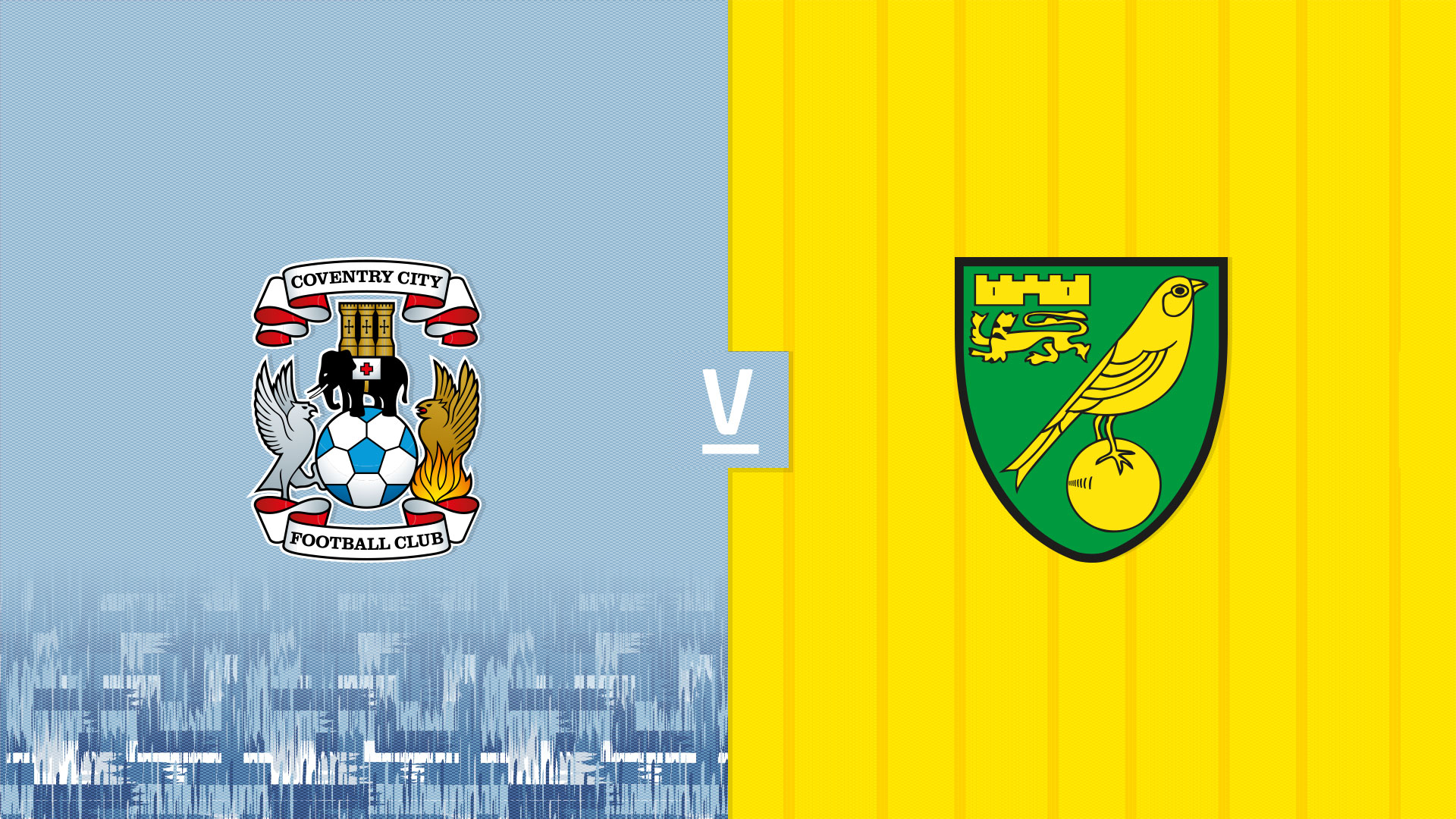 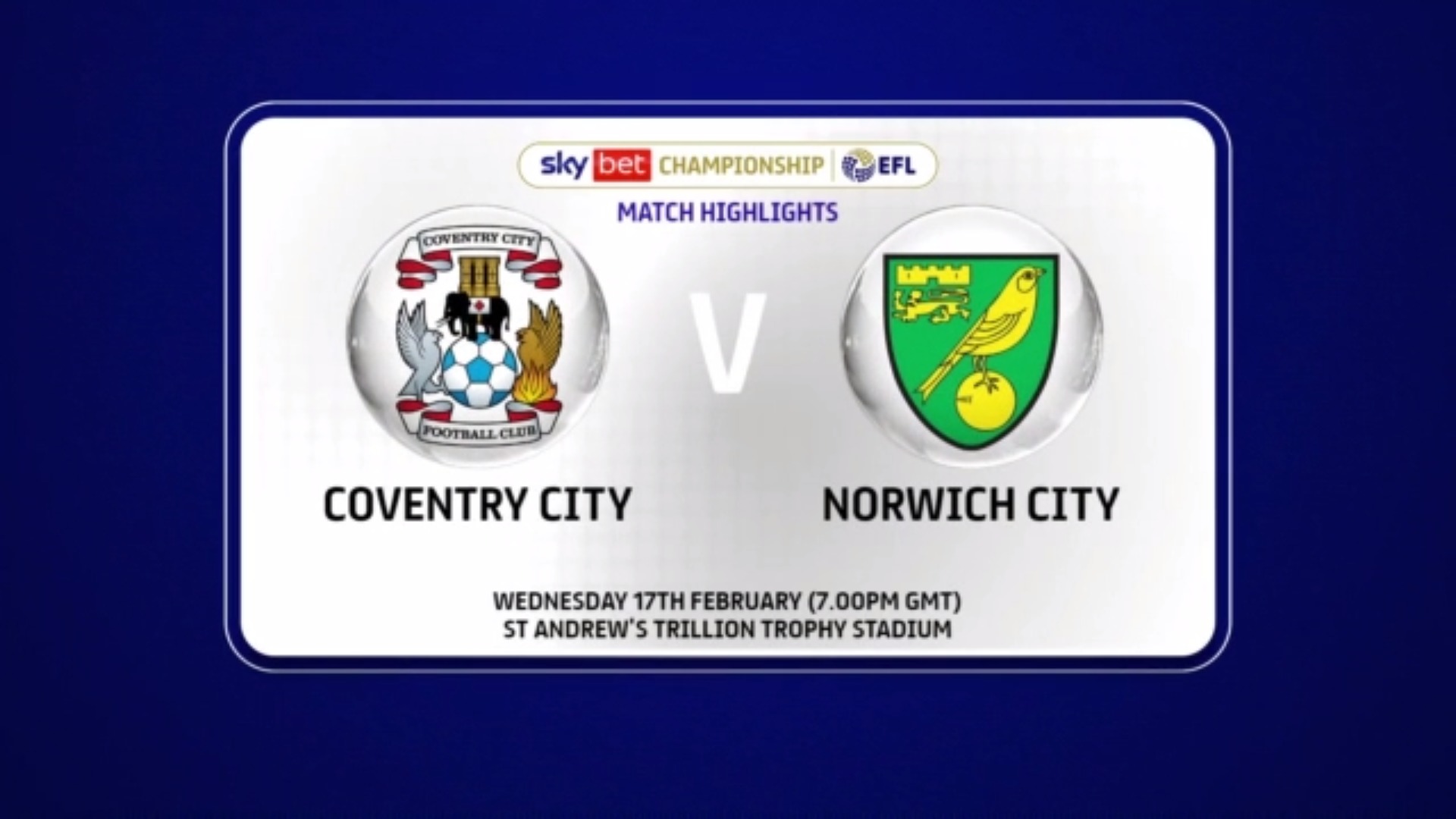 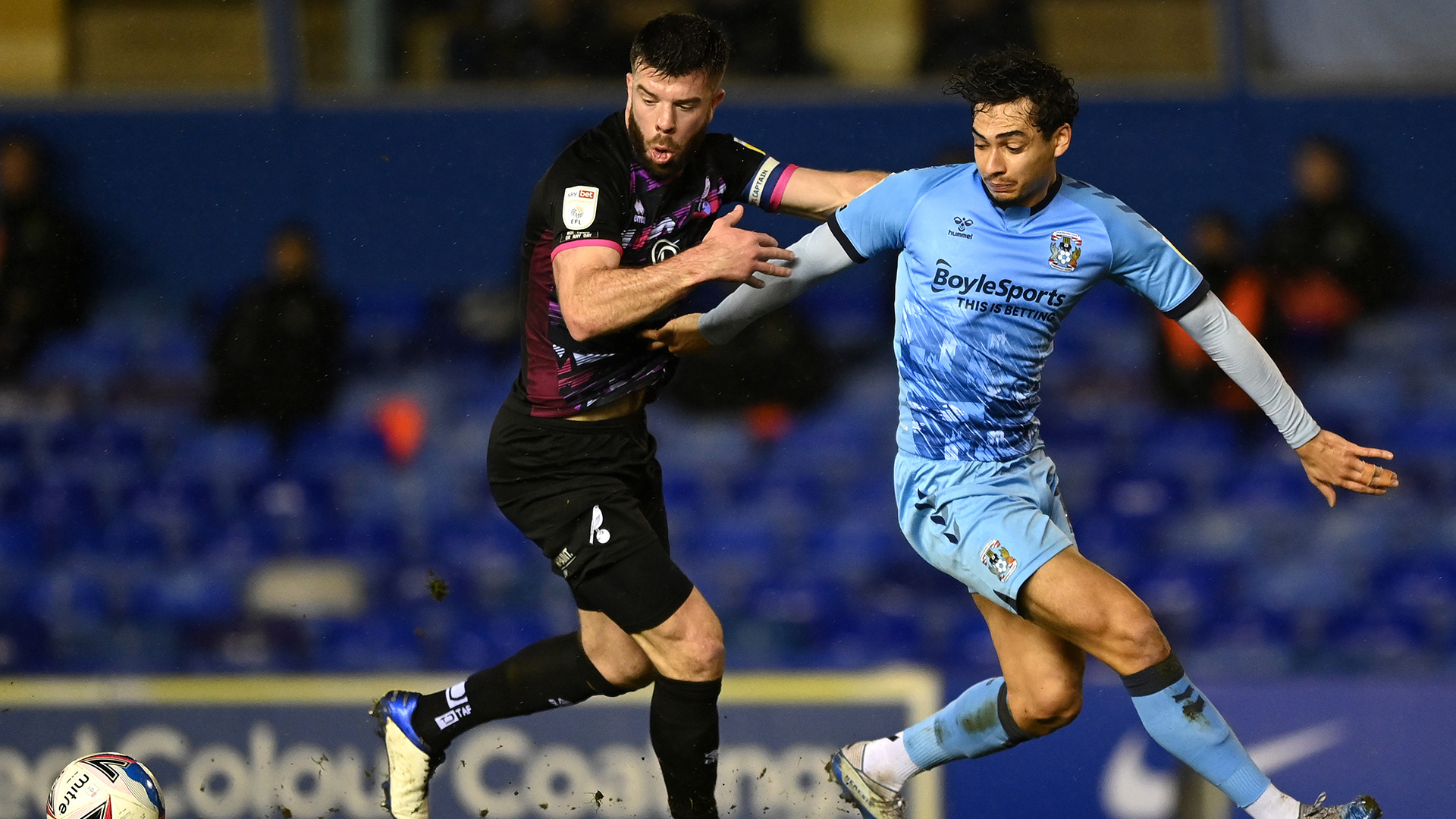