Having recorded back-to-back Yorkshire derby victories over Huddersfield Town and Rotherham United, Barnsley head into Saturday’s match at Carrow Road as the form side in the Championship.

Since taking over from Gerhard Struber, who departed for New York Red Bulls in October, new boss Valérien Ismaël has worked wonders to have the Tykes battling for, what would have seemed at the start of the season, an unlikely promotion. We spoke to Carlo van de Watering, the co-presenter of Reds Report about Barnsley’s form and promotion aims ahead their trip to Norwich. The Reds Report is a live radio show and podcast which is broadcast every Thursday 5pm to 6pm.

Canaries.co.uk: Valérien Ismaël already looks like a superb appointment as the new Barnsley manager, with him having won 10 of his 16 games in charge. How has he improved things since the departure of Gerhard Struber?

CVDW: Whilst Gerhard Struber orchestrated the big escape at the end of the last season, for the fans there was some frustration that certain players were automatic starters despite questionable performances. The other issue was the positioning of players, Cauley Woodrow and Alex Mowatt specifically as, while both performed decent, both were out of position. Ismaël rectified this from his first match in charge with Woodrow in the number nine position and Mowatt not as deep in midfield. Both have flourished since being back in their natural positions.

Canaries.co.uk With Billy Beane at Barnsley as one of the joint owners, how does that influence the club’s player recruitment?

CVDW: The club’s long-term strategy is to acquire lower league players and develop them into an asset that can be sold on or develop them in the academy and feed them into the first team. Whilst this protects the long-term future of the club it also brings sleepless nights to many Barnsley fans when some of these players are getting noticed by other teams and transfer windows are on the horizon. There has been success with this model; Alfie Mawson, Connor Hourihane, Jacob Brown, Ethan Pinnock to name a few, but for the stability of the club the club has to try and ensure that suitable replacements are lined up before these players move on.

Canaries.co.uk: And what are the chances of Tykes doing an Oakland A’s and shocking conventional football wisdom and surprising everybody this season by reaching the play-offs or better?

CVDW: On current form anything seems to be possible but there's a difficult month ahead. In January we play three out of the top six (yourselves included of course) and the transfer window opens again. The current form and run of results has undoubtedly got some other clubs looking at the squad. For many fans the fact that we are in the top 10 and competing on every level is a huge achievement for a club that in the past few seasons only had the wish to survive in the second tier.

Canaries.co.uk: This season we have had a number of sides come in and sit in against Norwich City, looking to nick a goal from a set-piece or settle for a point. Barnsley’s style of play seems to be a little more expansive and forward thinking. In that respect, do you think is it likely to be a good game to watch for the neutral on Saturday?

CVDW: We really hope so. Without naming names, there's quite a few ‘hoof the ball and hope for the best’ teams in the division. Barnsley’s strength is the continuing high press and high intensity with which they approach every game. Barnsley's weak point has definitely been conceding early and not defending set pieces. Norwich is a football-playing club, and that style will probably suit us a lot more. Barnsley will never sit back and defend, the best form of defence is to be in possession and pressing forwards.

Canaries.co.uk: Barnsley come into the game on the back of two derby victories against Rotherham and Huddersfield. How much confidence will that give them going into Saturday?

CVDW: Yeah, confidence is high which is the best preparation for a clash against table toppers Norwich. Barnsley struggled a bit in the second half versus Rotherham as the Millers took the initiative and almost bypassed Barnsley's engine room, its midfield. They will have huge confidence from three derby victories in December and the fact we have now proven we can come back and win after going behind.

Canaries.co.uk: Who in your opinion have been the key performers since Valérien Ismaël took charge of the team and who are the players Norwich should be looking out for?

CVDW: In fairness the whole team is performing well but some noticeable players worth an extra mention are as follows: Callum Brittain, brought in from MK Dons. He is a wingback that has adjusted to life as a Championship footballer and rarely disappoints. Callum Styles. He is the Bury Baggio. A box-to-box midfielder, playing out wide and chipping in with goals and eye-catching performances. Then there is Michael Sollbauer, Michal Helik and Mads Anderson at the back. The Austrian, Polish and Danish back three have been impressive this season. Helik especially with three goals so far.

Canaries.co.uk: Do Barnsley have any injury concerns going into the game or any players that are likely to return to the starting line-up?

CVDW: No fresh injuries, Ben Williams is out for the season and Jordan Williams is on his way back from injury. Valérien Ismael will have his usual group to pick from. The current starters are performing well so the side almost picks itself. We'll await any early transfer window news for the Reds as our main concern is that captain Alex Mowatt has not yet signed a new contract and could be on his way out if the club wishes to cash in on his last six months with the Tykes.

Emi Buendia's sensational first-time finish was enough for Norwich City to get back to winning ways with a 1-0 win over Barnsley.

The Canaries dominated for most of the encounter and managed to take one of a host of chances they created during the 90 minutes.

That came on 62 minutes when Buendia expertly flicked the ball past the Barnsley goalkeeper following Kenny McLean's lofted through ball.

City began well and last ditch defending by their opponents prevented them taking an early lead. The ball was worked to Jacob Sorensen with room in the area but his shot was charged down by Callum Brittain.

Straight up the other end, Barnsley had their best chance of the half. Cauley Woodrow’s goalbound effort deflected kindly for Luke Thomas in the area whose strike cannoned off the crossbar.

Barnsley grew in confidence following that opening and they started to frustrate City who found chances of their own limited for the next 15 minutes.

However, the Canaries got back into their groove and started to dominate once again. Teemu Pukki was played clear by Mario Vrancic on 24 minutes and he dinked superbly over Barnsley goalkeeper Jack Walton, only for Brittain to clear the ball off the line and keep the scores level.

Three minutes later, City broke in numbers and Oliver Skipp found himself in unchartered territory on the right side of the penalty area. He hesitated with options in the box though and that allowed Barnsley to get men back. In the end, Max Aarons found to Todd Cantwell who volleyed over.

Barnsley threatened on 36 minutes by Callum Styles shot straight at Krul before Grant Hanley headed wide from a Buendia corner to round off an entertaining first-half.

City started well in the second-half but they were struggling in front of goal to deliver a decisive moment. Cantwell squared to Pukki on 47 minutes but Walton was there to stop the Finn opening the scoring.

Then on 56 minutes, Pukki crossed low for Cantwell who miskicked but the ball fell kindly for Sorensen who shot straight at Walton at the far post.

However, a moment of real quality saw the Canaries take the lead on 63 minutes. Kenny McLean spotted Buendia bending his run and the Scot found the Argentine who deftly flicked the ball first-time past Walton.

The chances kept coming for City as they looked to add to their advantage and Pukki unselfishly squared to Cantwell on 70 minutes but he was forced wide and eventually the danger was gone.

Cantwell went close late on when was Walton was forced into action once again on 87 minutes.

In the end, Buendia's goal was enough to get City back to winning ways. 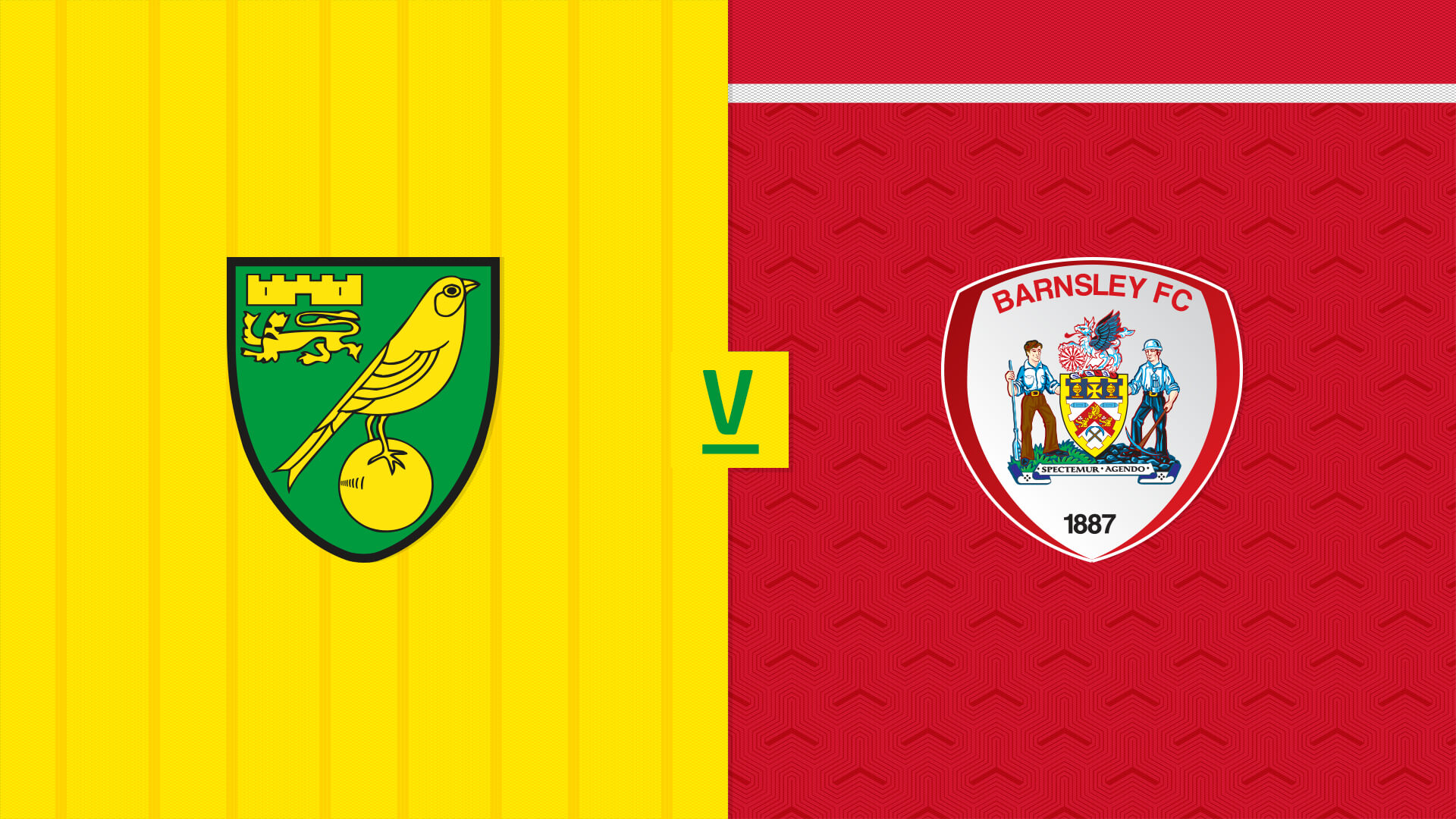 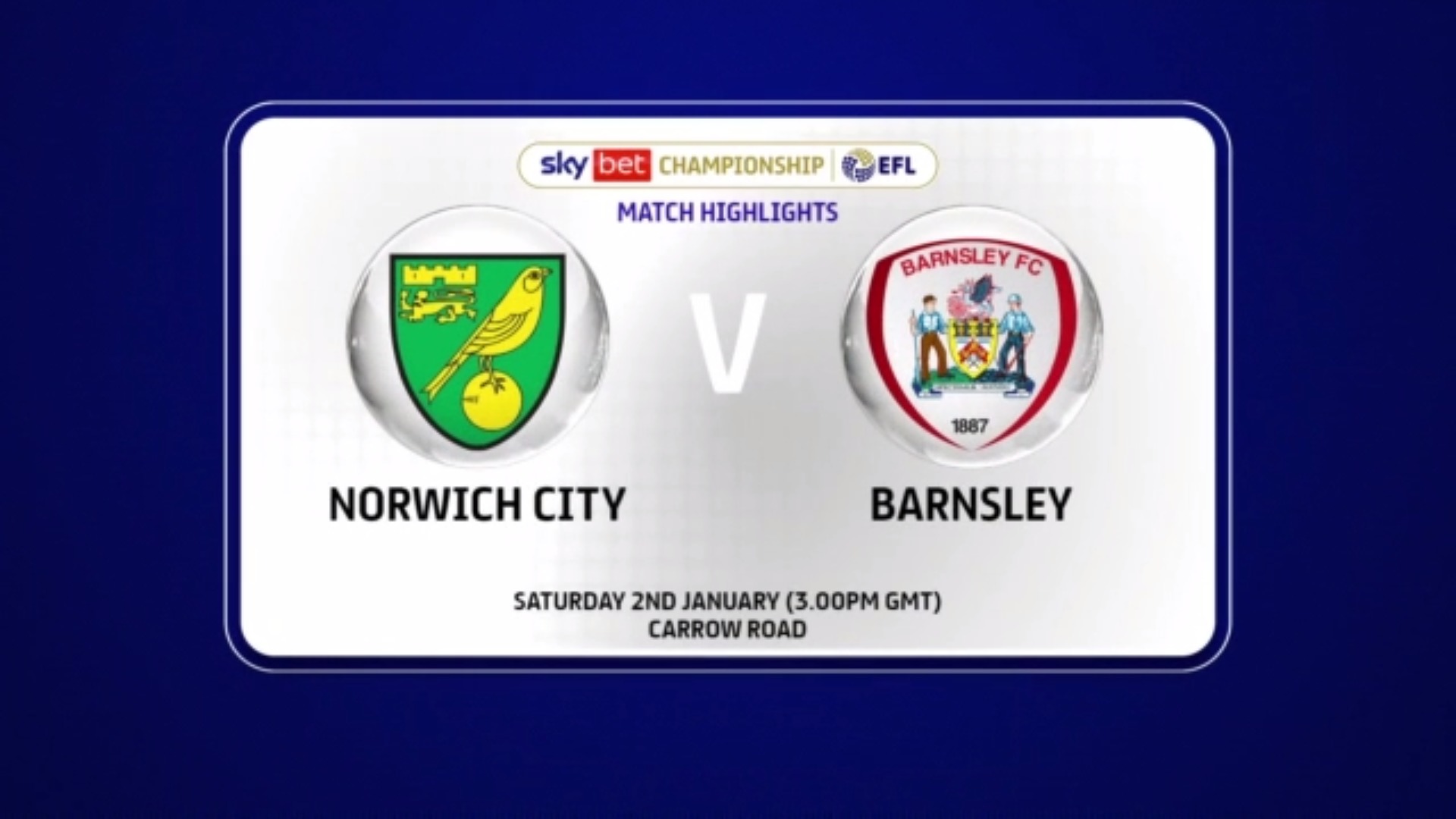 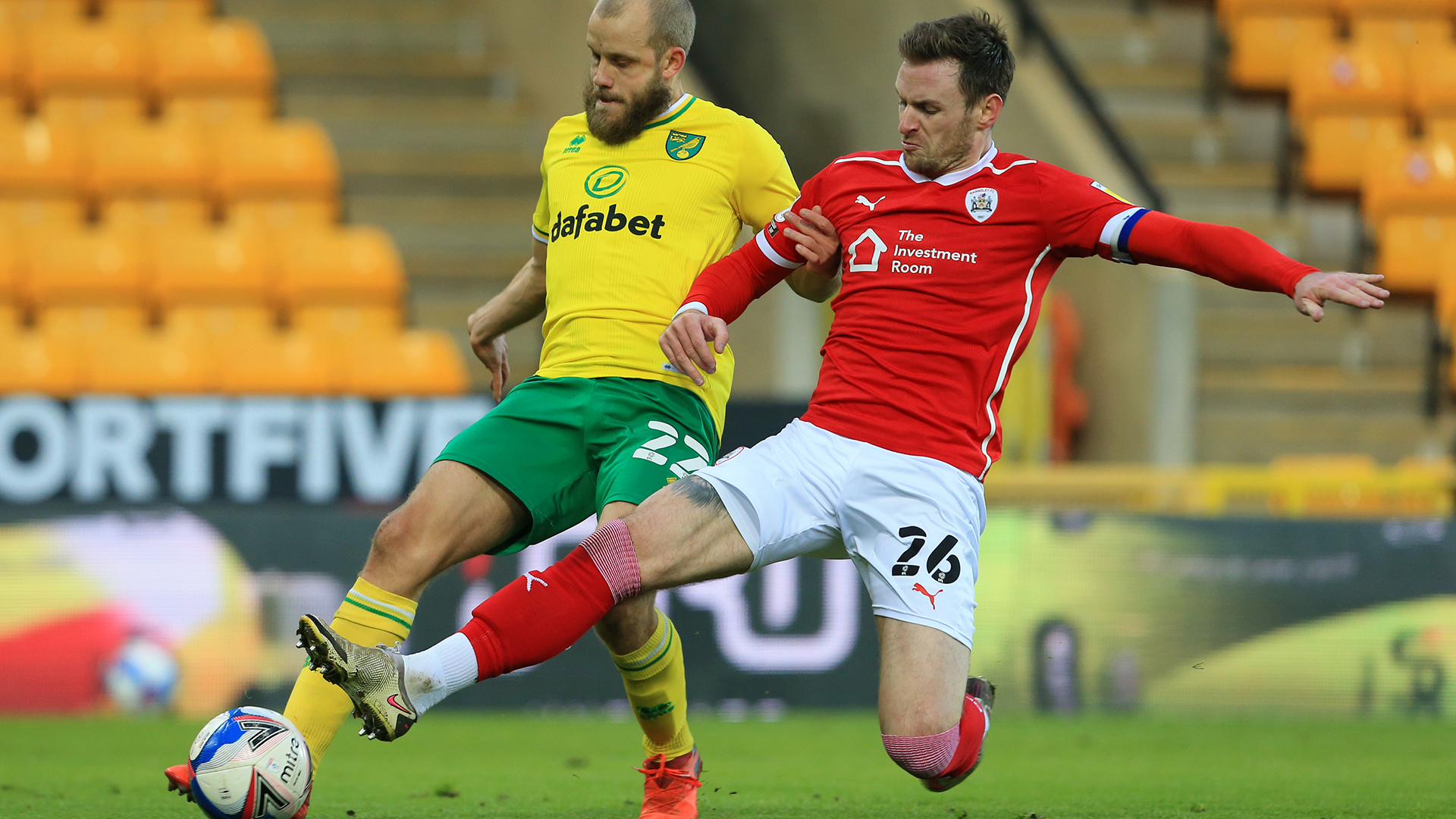