Blackburn Rovers have impressed at times this season in the Championship, getting off to a blistering start and scoring plenty of goals.

We spoke to the Lancashire Evening Telegraph's Richard Sharpe about the club’s season, players to watch out for and what to expect from Rovers on Saturday afternoon.

Canaries.co.uk: Blackburn come across as a real anomaly this season in terms of their league position as they are one of the better sides going forward and have a much better goal difference than all the teams around them. How unfortunate are Blackburn not to be closer to the play-off places?

RS: The goal difference owes a lot to the early season where they beat Wycombe Wanderers 5-0 and Derby County 4-0 in the first month, and then Coventry City 4-0 shortly after the international break. Things have been a little more tricky infront of goal since. The expectation, given the early season form and their recruitment, was for them to be much closer to the top six than they are, and they did move into contention with an unbeaten January, but then one point from 21 in February ended any hopes.

Canaries.co.uk: Has that changed Tony Mowbray’s approach going into the final few games of the season? Is he likely to give younger players more of a run out, for experience, or try any new systems with a view to next season?

RS: They’d struggle to get much younger than they are in truth. They have a lot of players out of contract in the summer, and five loanees on the books, so I don’t think they can do much planning for next season with the squad at their disposal. They’ve looked to move towards a more possession-based style, and adopting a 4-3-3 system, so I expect them to continue with that for the remainder of the campaign.

Canaries.co.uk: Tony Mowbray got Blackburn Rovers promoted out of League One and has a decent win percentage in terms of his time in charge at Ewood Park. How is he received by Blackburn fans at the moment considering the club have hit a sticky patch in terms of results?

RS: He has enjoyed large scale support throughout the majority of his four-year tenure. They’ve won one of the last ten, the second worst run of his time in charge and that has brought pressure, not least because they have fallen short of the expectations he set at the start of the season which was to challenge for the top six. Whatever the feelings now, there’s no doubt he’s done a fine job in stabilising the club and putting them back on stronger footing.

Canaries.co.uk: What have the performances been like during the bad run?

RS: The most recent four performances have warranted more than the four points that they’ve taken. They were particularly poor in the first half against Preston North End, they switched systems and didn’t function in the defeat at Barnsley, while in other matches, they’ve turned up only in spells. Finding a route to goal has proven difficult in this run, teams have been getting their noses infront and then camping themselves on the edge of their own box and Rovers have not been finding a way through.

Canaries.co.uk: Harvey Elliott is a player who caught the eye when the two sides met earlier in the season. How impressed have you been with him this campaign?

RS: He’s been excellent, contributing goals and assists, and being one of their main creative forces. He’s been a virtual ever present up to this recent spell out of the team. Factoring in his age and lack of experience at first team level, it’s been a very productive loan spell for all parties. His weight of pass is a real standout feature of his game.

Canaries.co.uk: Barry Douglas, having been promoted twice out of the division, is another player who seems to be performing well this campaign. How much of a threat does he offer going forward?

RS: He had a slow start but has grown into the side in 2021. He was brought in largely for his delivery from the wide areas, but Rovers lack height in the box to really take advantage of some of those deliveries, while from set pieces they have struggled to threaten all season. He’s arguably impressed more defensively than going the other way.

Canaries.co.uk: Bradley Dack picked up an injury on Friday, having missed the first few months of the season as well. How much of a loss is he to the team?

RS: It’s a massive shame for Dack himself who worked so hard to get back after missing a year of action. To now face another extended spell out, having just started to hit some form infront of goal, is a desperate blow for him and the team.

Canaries.co.uk: Are there any other key players that could be missing, or players we should look out for in the game?

RS: At the time of writing, Daniel Ayala, Scott Wharton, Jacob Davenport and Dack are all out, while Lewis Travis and Adam Armstrong are both doubts, and Tom Trybull is obviously ineligible against his parent club. In terms of players to watch out for  Joe Rankin-Costello and John Buckley are academy graduates who are progressing nicely.

Norwich City were held to a 1-1 draw at home to Blackburn Rovers on Saturday afternoon in the Sky Bet Championship.

In a closely-fought encounter, City took the lead on 53 minutes when Kenny McLean diverted from close-range after a neat one-two with Dowell.

Blackburn managed to take a point from the match when substitute Sam Gallagher nodded home from a free-kick.

The game was slightly marred by injuries sustained to Dimitris Giannoulis (head) and Ben Gibson (ankle).

Daniel Farke made just one change to his starting eleven from Wednesday’s victory over Nottingham Forest with Emi Buendia returning to replace the injured Lukas Rupp. Kieran Dowell kept his place in the eleven after an impressive showing in the midweek win.

Blackburn arrived at Carrow Road off the back of just one win in eleven games but they didn't look like a side low on confidence in the first-half. Inside the first minute, John Buckley found space on the edge of the area but his low strike was safe in the arms of Tim Krul.

Buckley again had a sight at goal on five minutes but shot tamely, before City threatened for the first time when Todd Cantwell struck the post with a deflected strike from the edge of the box.

Blackburn continued to have the better of play and had City pinned into their own box around the ten-minute mark, but the Canaries managed to repel their vibrant visitors.

On the half hour mark, City were forced into an substitution. Dimitris Giannoulis, feeling the effects of an earlier challenge from Joe Rankin-Costello, was withdrawn with a head injury and replaced by Jacob Sorensen.

The best chance of the first-half fell to the returning Buendia on 36 minutes. Dowell pickpocketed Corry Evans and weaved his way into penalty area before laying the ball back to Buendia who, despite off-balance, forced Thomas Kaminski to tip the ball onto the crossbar.

Despite that, Blackburn maintained their early intensity to enjoy their fair share of possession and territory in the first-half – unfortunately for them, the final ball was often lacking.

The early second-half exchanges saw City's leading marksman Teemu Pukki have his first effort at goal. Ben Gibson punted the ball long and Pukki broke the offside trap before having a low strike saved by the feet of Kaminski.

City continue to have more joy in the second-half and they took the lead on 53 minutes following a flowing move. Buendia fizzed the ball into McLean who played a one-two with Dowell before low into the bottom corner.

It was almost two moments later when Max Aarons slid the ball behind the Blackburn defence but Buendia couldn't connect, allowing Kaminski to gather.

City welcomed back Marco Stiepermann with 20 minutes to play and he was straight into the thick of the action, sending a testing, low drive straight at Kaminski.

In a rare second-half effort, Blackburn equalised on 78 minutes when substitute Sam Gallagher rose highest at the back post to nod home a free-kick from fellow substitute Harvey Elliott.

Farke was forced into another change just minutes after the Blackburn equaliser when Gibson landed awkwardly on his ankle in the opposition penalty area. He was subsequently stretchered off, with Christoph Zimmermann there to replace him.

City had the best chance for a winner late on but Buendia's low effort was saved superbly by Kaminski. 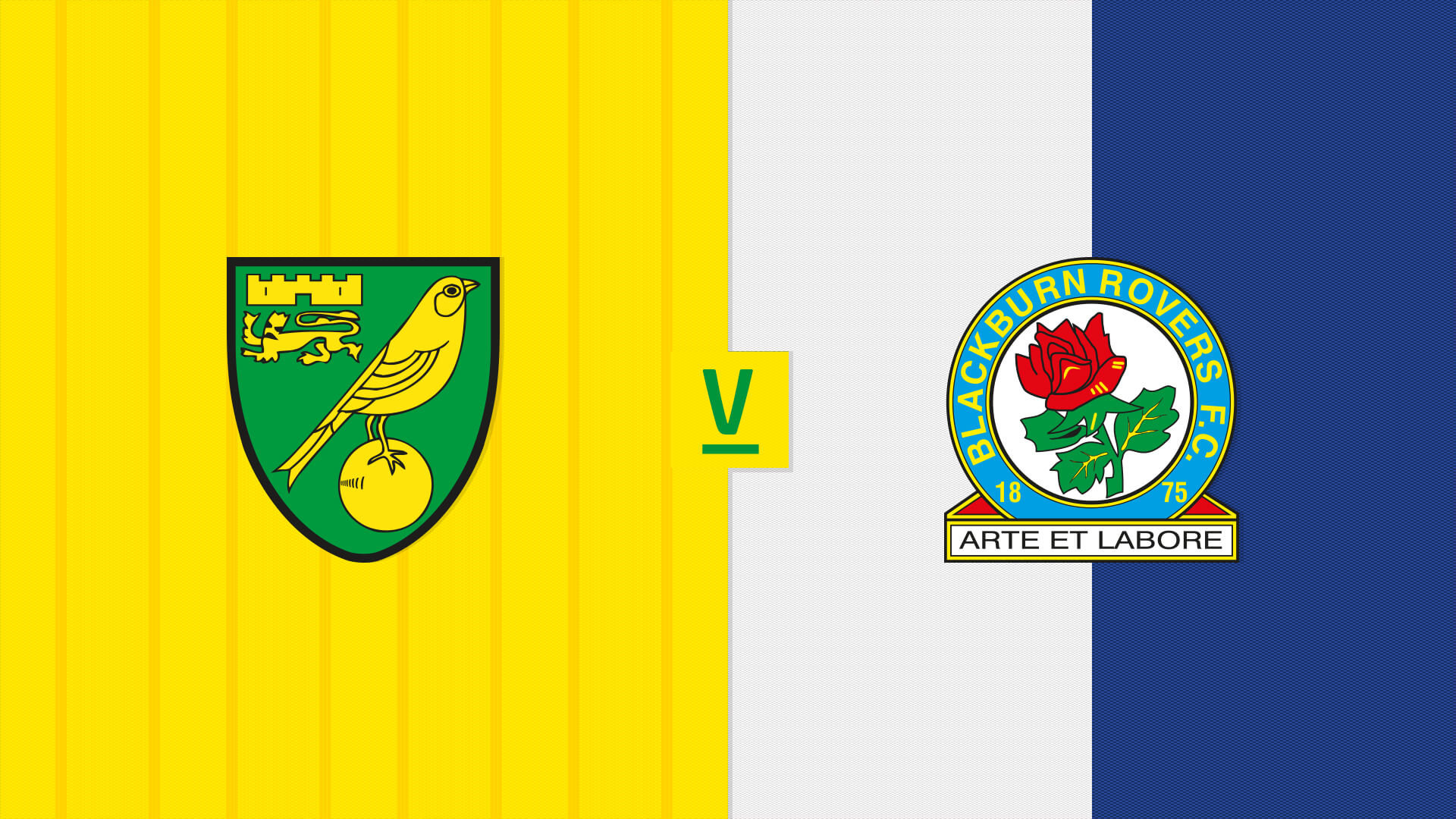 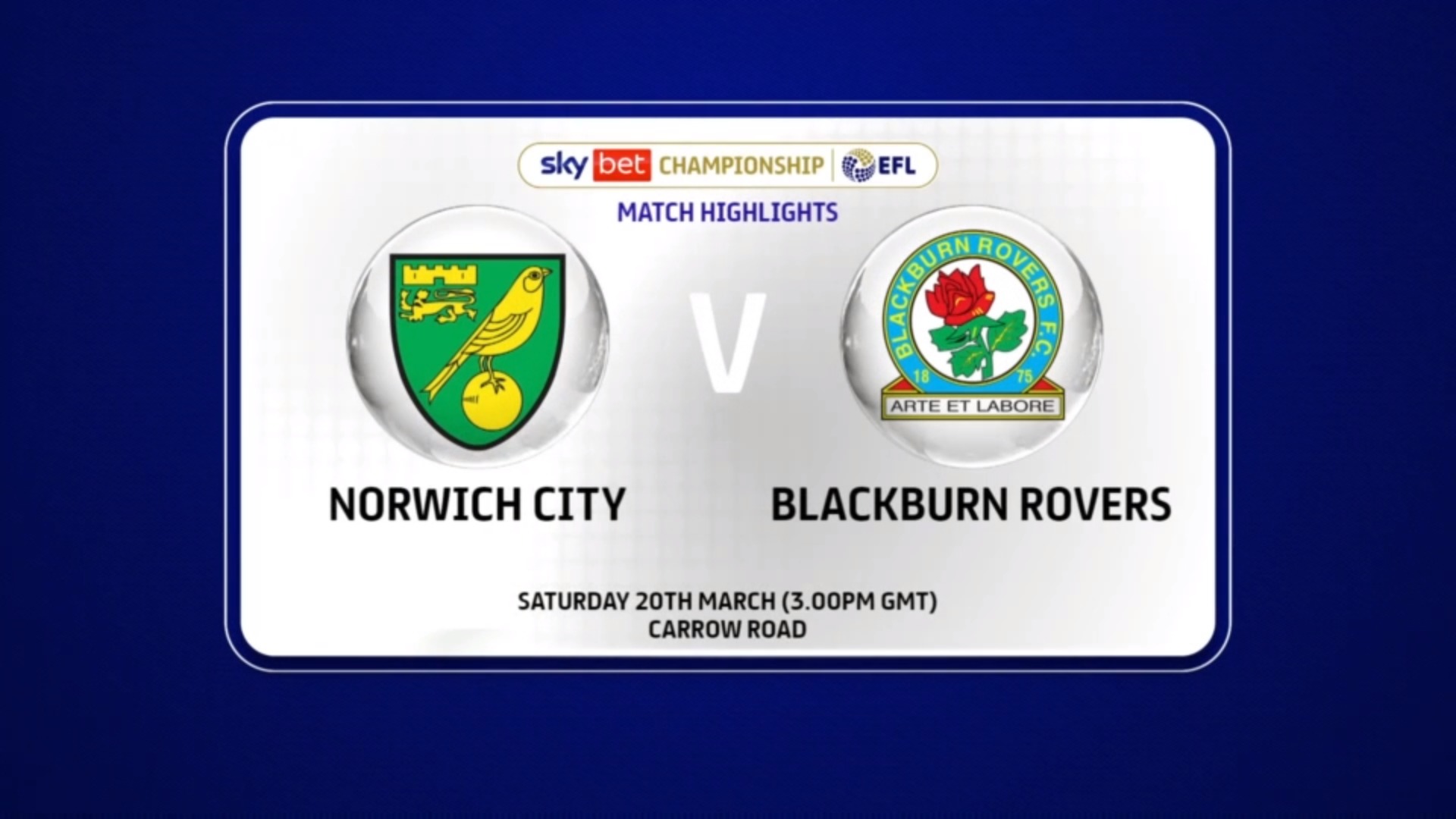 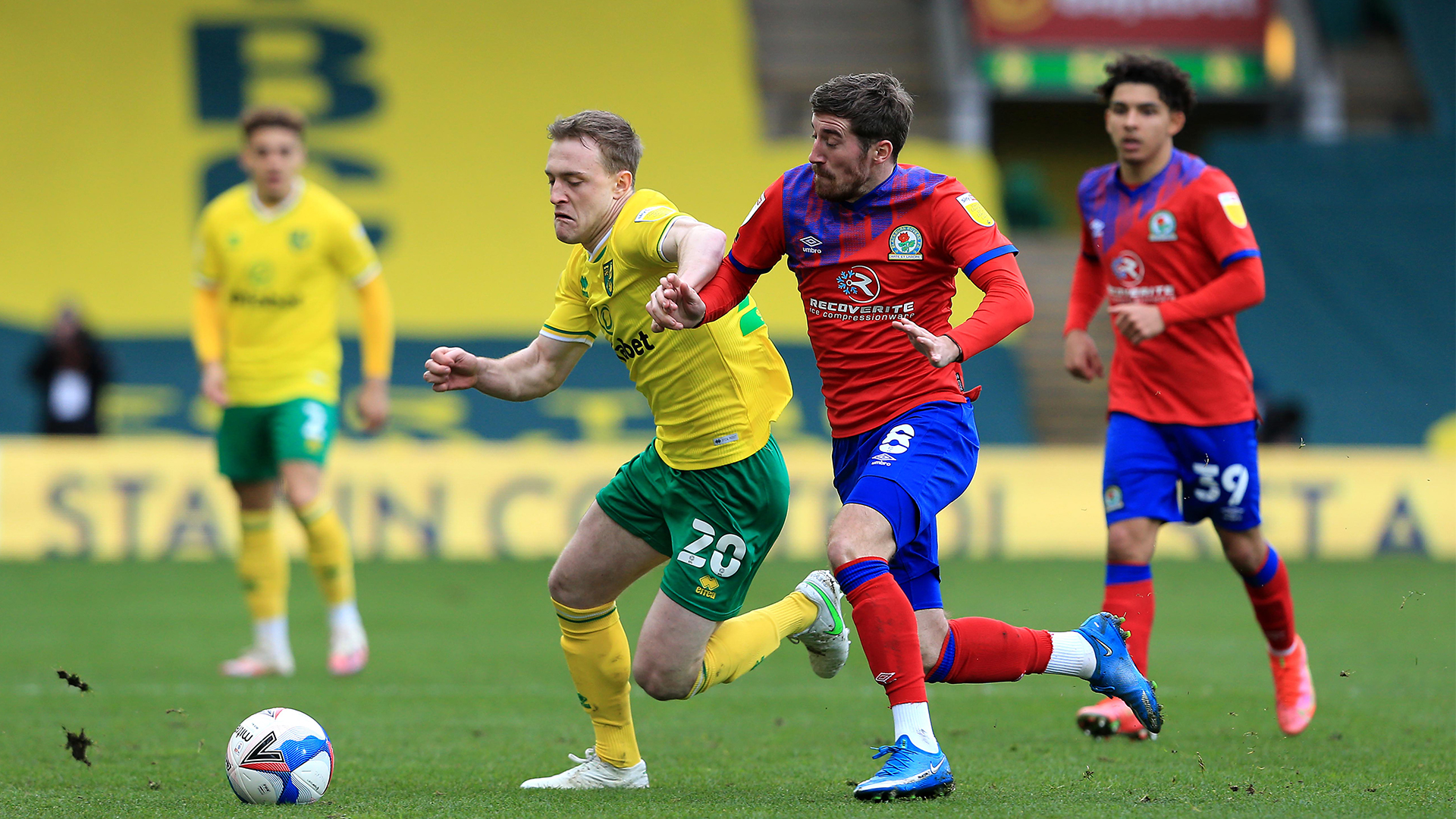