Championship football is back! Get all your pre-match content in one place with the pre-Middlesbrough Match Pack!

Taking a brief look at Middlesbrough’s season so far and our balanced head-to-head record with them, our Match Preview also provides details on the officials in charge of today’s game and how you can follow the action live from home!

Just click on the link above to find all the information in one place.

Team News: Idah and Mumba ruled out for ten weeks

Bad news for Adam Idah and Bali Mumba, who will both be out of action until 2021.

Thankfully, there was some positive team news delivered at yesterday’s press conference, which you can find using the link above.

This week, we caught up with Kenny McLean following his international exploits with Scotland, to discuss qualifying for Euro 2020 and looking ahead to Middlesbrough!

Ask the Expert: Middlesbrough (A)

There’s only so much we can learn about the opposition by observing from afar, which is why we spoke to Middlesbrough reporter Dominic Shaw to get the inside insight on Neil Warnock’s side!

Use the link above to read his thoughts on Jonny Howson, Ben Gibson, Jordan Hugill and more!

Video: Jordan Hugill on settling into life at Norwich City

Speaking of Hugill, we recently caught up with him too! He spoke all about settling into Norfolk life.

Daniel Farke: We’re in a great position to build on

During his pre-match press conference on Friday, Daniel Farke discussed the importance of continuing to pick up points, even though he’s not concerned with the league table at this early stage of the season.

Read all his pre-match thoughts using the link above!

Neil Warnock said in his press conference he’d be doing cartwheels if Boro manage to score three today, and we believe he was harking back to this encounter from 1993!

City secured qualification to the UEFA Cup first round with a draw at Middlesbrough 27 years ago!

ALL THE GOALS | A look back at the best goals against Boro!

Is one memorable match not enough for you? Good thing we’ve made a montage of all the best goals against Boro that were caught on camera!

To watch today’s game, supporters will need to buy a £10 Match Pass as the game is being shown exclusively on iFollow.

This also includes season ticket holders, who do not get free access to this match due to it being a Saturday away game.

Norwich City stretched their unbeaten run to eight with a 1-0 win at Middlesbrough on Saturday thanks to Teemu Pukki's second half penalty.

Daniel Farke made three changes to the side that started our 1-0 win at home to Swansea City two weeks ago, Ben Gibson, Lukas Rupp and Jordan Hugill coming in for Christoph Zimmermann, Kenny McLean and Pukki respectively.

The first half was one of few clear cut chances, Emi Buendia getting things going with a shot just wide of the post from outside the D five minutes in.

At the other end, the Argentine carried out his defensive duties, making the block and clearance from a dangerous Marcus Tavernier free-kick.

There was concern around the fitness of Jordan Hugill early on, who went down holding his shoulder, but was able to carry on after receiving treatment from the medical staff.

Jacob Sorensen was then booked for a late challenge on former Canary Jonny Howson.

Middlesbrough grew into the first half, Djed Spence putting a cross into the six-yard box that Gibson had to put out for a corner just shy of the half-hour mark.

However, City had another sight of goal moments later, Marco Stiepermann pulling the ball back to Lukas Rupp, who charged into space and let fly from distance, the shot sailing well wide of the post.

George Saville’s cross was headed straight at Tim Krul by Howson in the 36th minute, before the Dutchman made another save to deny Marvin Johnson’s driven effort from distance in the 38th.

On the brink of half-time, Buendia showed excellent skill to get past a handful of Boro players in the final third. He then found Stiepermann, whose shot was blocked as Neil Warnock’s side got men behind the ball.

At the start of the second half, Pukki replaced Hugill for City.

But the Canaries were on the back foot, and Gibson conceded a penalty with a foul on Tavernier in the 50th minute.

Tavernier stepped up to take the spot-kick and he did send Krul the wrong way, but Tony Harrington ruled the goal out as he spotted that Tavernier had kicked the ball with his left foot onto his standing right foot when he took the shot.

Pukki had the ball in the danger area shortly after, receiving it from Buendia after Oliver Skipp did well to send City on the counter-attack, but Dael Fry made a good tackle. Pukki's next attempt hit the side netting.

Max Aarons sent a cross in for Buendia just beyond the hour-mark, but it was headed straight at Dejan Stojanovic.

Middlesbrough had a couple of glimpses with just over 20 minutes remaining, Marc Bola seeing a shot well blocked by Grant Hanley and Tavernier smashing a volley well over the crossbar.

City found the breakthrough moments later, Max Aarons winning a penalty after a foul from Coulson. Pukki made no mistake, slotting the ball nicely into the bottom right corner for 1-0.

The Canaries continued to defend well, Krul catching from Folarin's effort with just over ten minutes to go. 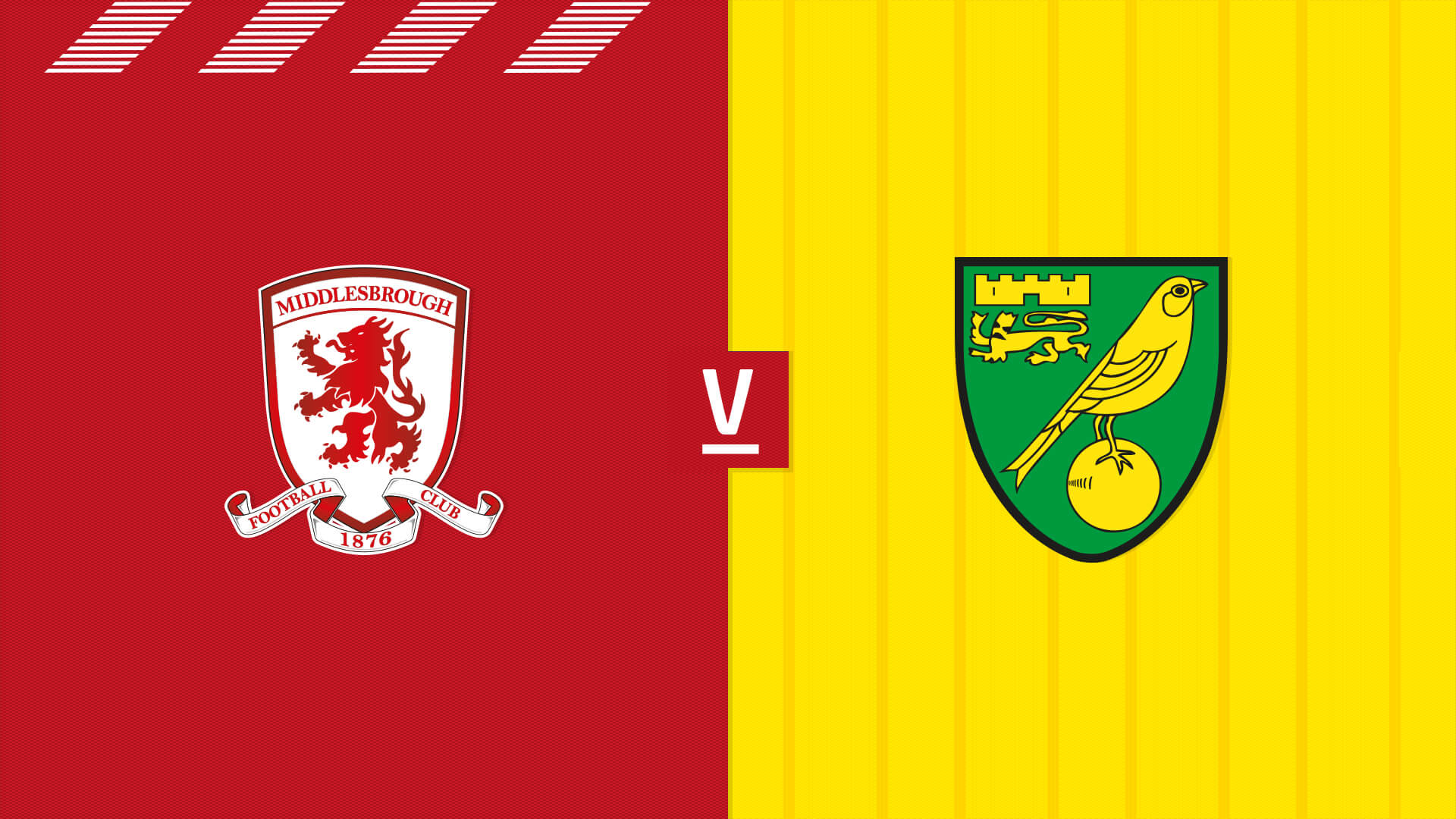 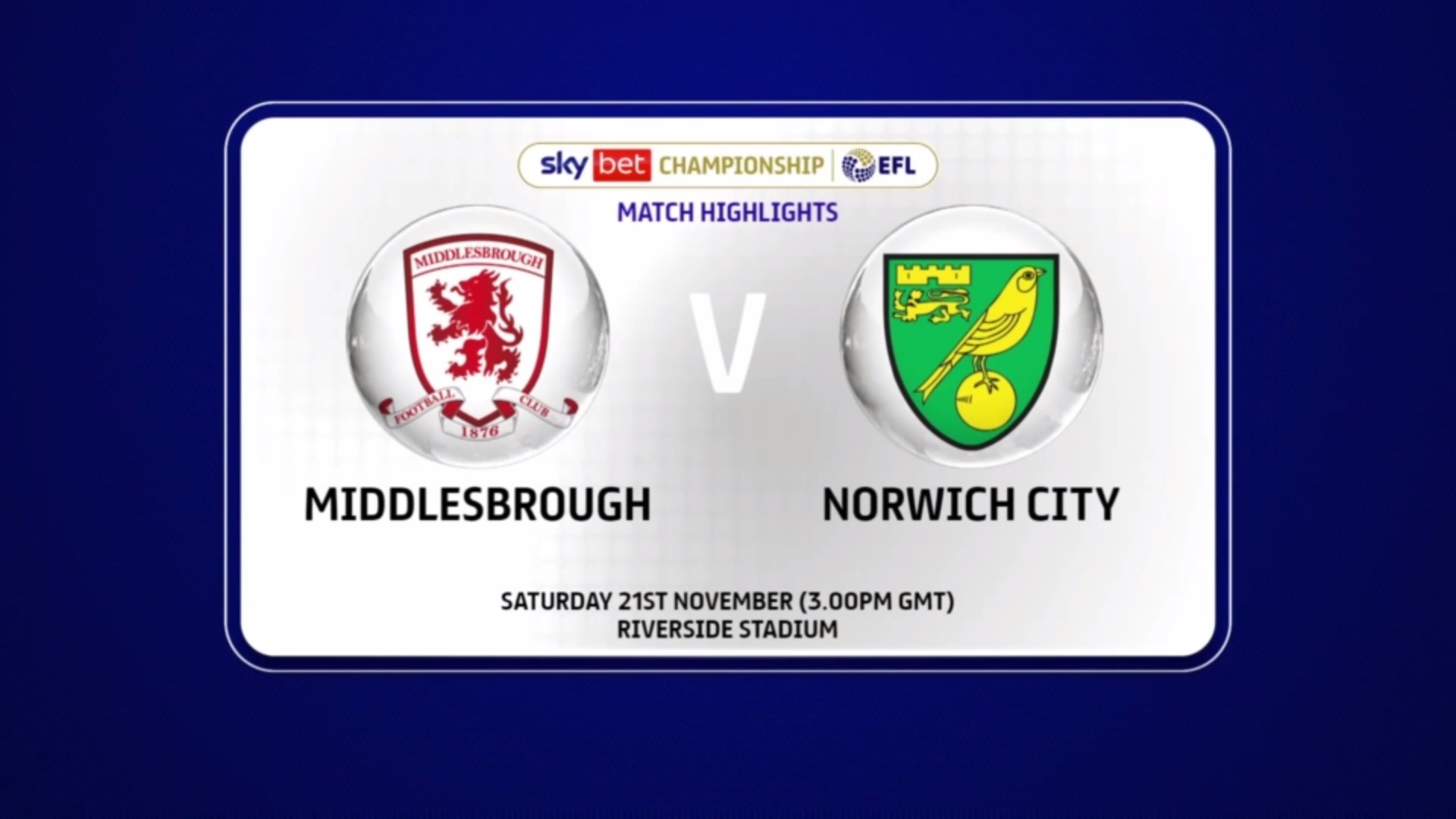 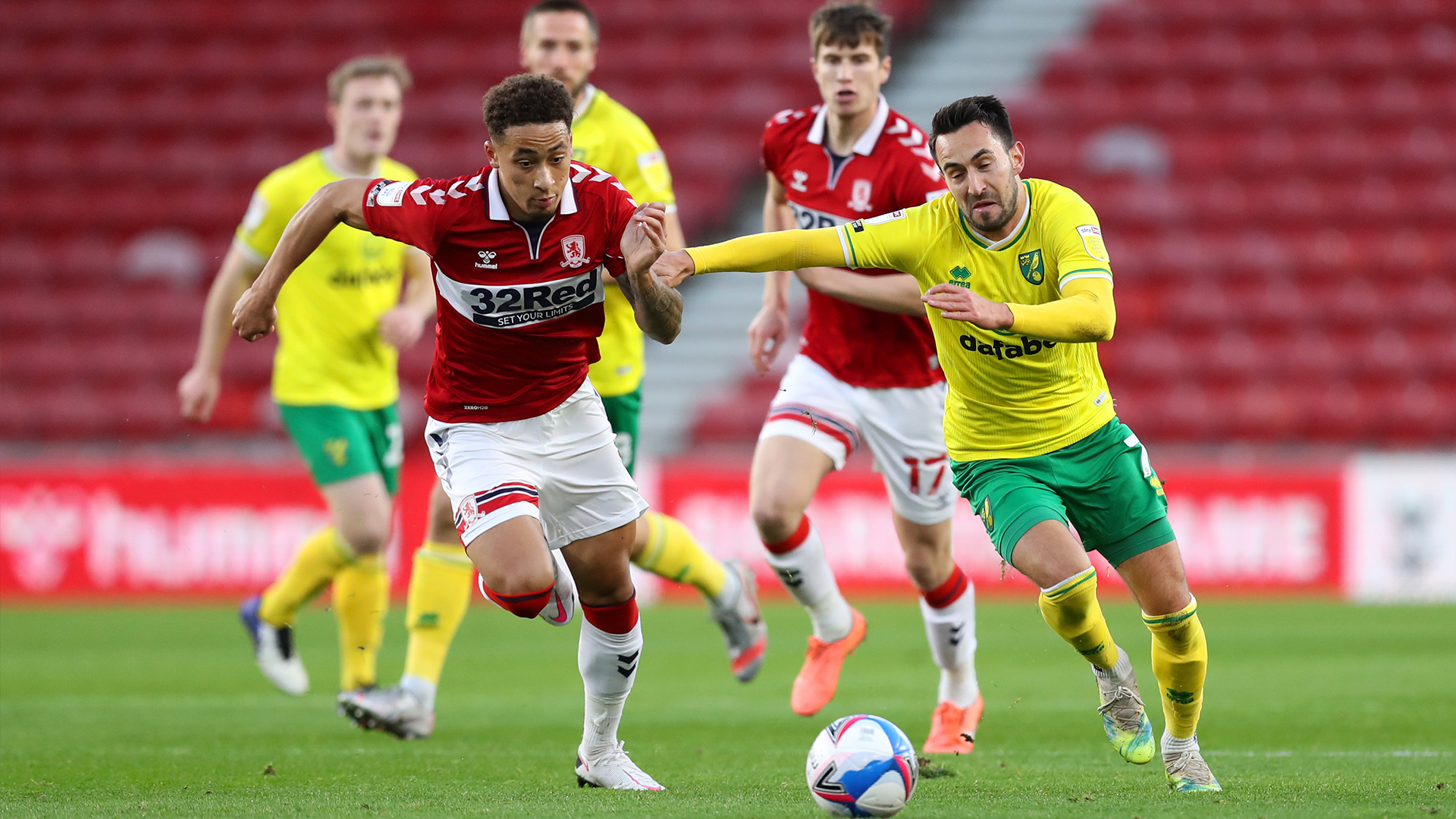 It’s a big game today and you’d probably like to be standing in the stands right now waiting for the teams to arrive. We’ve got the next best thing. You can watch all the live action from Norwich City v Watford with one of our Match Passes. They only cost ##MP_PRICE## for the best view in the stadium.