Following Tuesday’s 0-0 draw at home to Millwall, we’ve spent the last few days turning attention to Swansea for a plethora of pre-match content!

Whether you’re looking for guidance on how to watch today’s game, want to learn more about the opposition, or need to catch up on the latest team news, it’s all here.

Swansea have got off to an even better start than Norwich in the league this season, and our Match Preview looks at how they’ve done it.

With a head-to-head record of 23 Norwich wins, 23 Swansea wins and 10 draws, today’s game is poised to be a close one to call.

You can also find out which officials are in charge of the game by using the link above.

Team News: Numerous late decisions to be made ahead of Swansea

Late decisions will have to be made on the fitness of Todd Cantwell, Jacob Sorensen, Marco Stiepermann, Ben Gibson, Przemyslaw Placheta and Lukas Rupp.

Use the link above to see the team news in full.

Daniel Farke: It’s the game of the weekend

Third vs second. The boss is under no illusions regarding the spectacle of today’s game at Carrow Road.

“Swansea were in the top six last season and it's second v third,” Farke said. “It's one of our biggest opponents so far. It's difficult to beat them, they have good quality and spirit.

“I'm full of respect for what they've done there, they are one of the favourites for promotion.”

To find out more about Swansea’s impressive start to the season, OTBC spoke to Wales Online reporter Ian Mitchelmore.

“All in all, it's been a hugely encouraging start, and after reaching the play-offs last time around, the Swans definitely feel they can mount another promotion challenge this season,” he said.

“Players like Matt Grimes, Connor Roberts, Freddie Woodman, Ben Cabango and Marc Guehi have far more Championship experience now and are much better for it.”

Speaking of OTBC, today’s issue of the matchday programme contains an exclusive interview with Kenny McLean and much more.

Use the link above to find out how you can make a one-off purchase or subscribe for future programmes.

This is exactly what we’ll be hoping for this afternoon! Just over 10 years ago, we scored two late goals to beat Swansea 2-0 at Carrow Road.

Both sides went on to have remarkable seasons, Norwich finishing second to go up, while Swansea were promoted to the Premier League via the playoffs.

Now for the most important bit! The game is available for season ticket holders to watch for free on iFollow.

Non-season ticket holders can watch the match on iFollow as well, by purchasing a £10 match pass here.

Hit the link above to find all the details you need.

Norwich City moved to within a point of league leaders Reading as Marco Stiepermann scored the only goal of the game in a win over Swansea City.

It is now seven games unbeaten for the Canaries, which five have beeb won, as Daniel Farke’s team go into the international break outside the top two automatic promotion places on goal scored only.

Head coach Farke made a double change from the side that drew with Millwall in midweek as Ben Gibson and Lukas Rupp missed out through injury and were replaced in the starting line-up by Christoph Zimmermann and Kenny McLean.

Swansea City head coach Cooper made one change from the side that drew with Brenftord on Tuesday as Kasey Palmer came in for Yan Dhanda.

The Canaries started the game brightly with Emi Buendia having a shot blocked on the edge of the box after good work from Teemu Pukki.

Moments later Max Aarons drove at the Swansea City back three got to the byline and pulled a ball back for Przemyslaw Placheta who, six yards out, side footed towards goal but saw his effort well blocked by Jay Fulton.

The bright opening five minutes then continued as Aarons curled a shot wide. The following 10 minutes saw Norwich win three free-kicks in and around the D. However, Buendia put the first two into the wall and the Stierpermann did the same with the third.

Having weathered the early storm, Swansea then started to create chances as well and Andre Ayew was unfortunate not to opening the scoring when he peeled off his marker from a corner and sent a header onto the base of the post. The game then became a bit stop start with all three Swansea centre-backs getting cautioned.

However, it was again the Welsh visitors who came closest to breaking the deadlock before the interval as Jamal Lowe shot from an angle forcing Tim Krul into a smart save.

Norwich has the first chance of the second half as Pukki picked up the ball in the area and shot towards the corner only to be denied by a Connor Roberts.

Then a counter-attack, on 57 minutes, gave Pukki and Placheta sights at goal before Buendia curled a shot towards the top corner but it was comfortably saved.

However, Swansea then had the best chance of the match on 63 minutes as substitute Matt Grimes slid a ball into Jamal Lowe but Krul stayed tall and made a good save. Then on 65 minutes Grimes tried to find the net from a well-worked corner but he had his effort well blocked.

Farke then made a double change with just over 20 minutes to bring on Bali Mumba and Josh Martin for Placheta and Jacob Sorensen.

However, a couple of minute later and Swansea had another good chance to nudge themselves in front as a loose touch from Aarons in the box allowed Jake Bidwell to steal the ball from him before going down under challenge.

The referee turned down the Swans penalty appeal but Ayew followed up on the loose ball to bring another good save out of Krul.

Freddie Woodman then made a superb save to deny Pukki after he picked up a deflected shot in the box, but the effort would have been ruled out by offside.

However, it was Krul who was impressing the most as he pulled off a one-handed stop to turn a Lowe effort over his crossbar.

Those saved proved crucial as Norwich, who have a habit of scoring late on this season, netted in the final 10 minutes again. It was substitute Mumba who crossed from left to allow Buendia to lay the ball off for Stiepermann to fire in off the post. 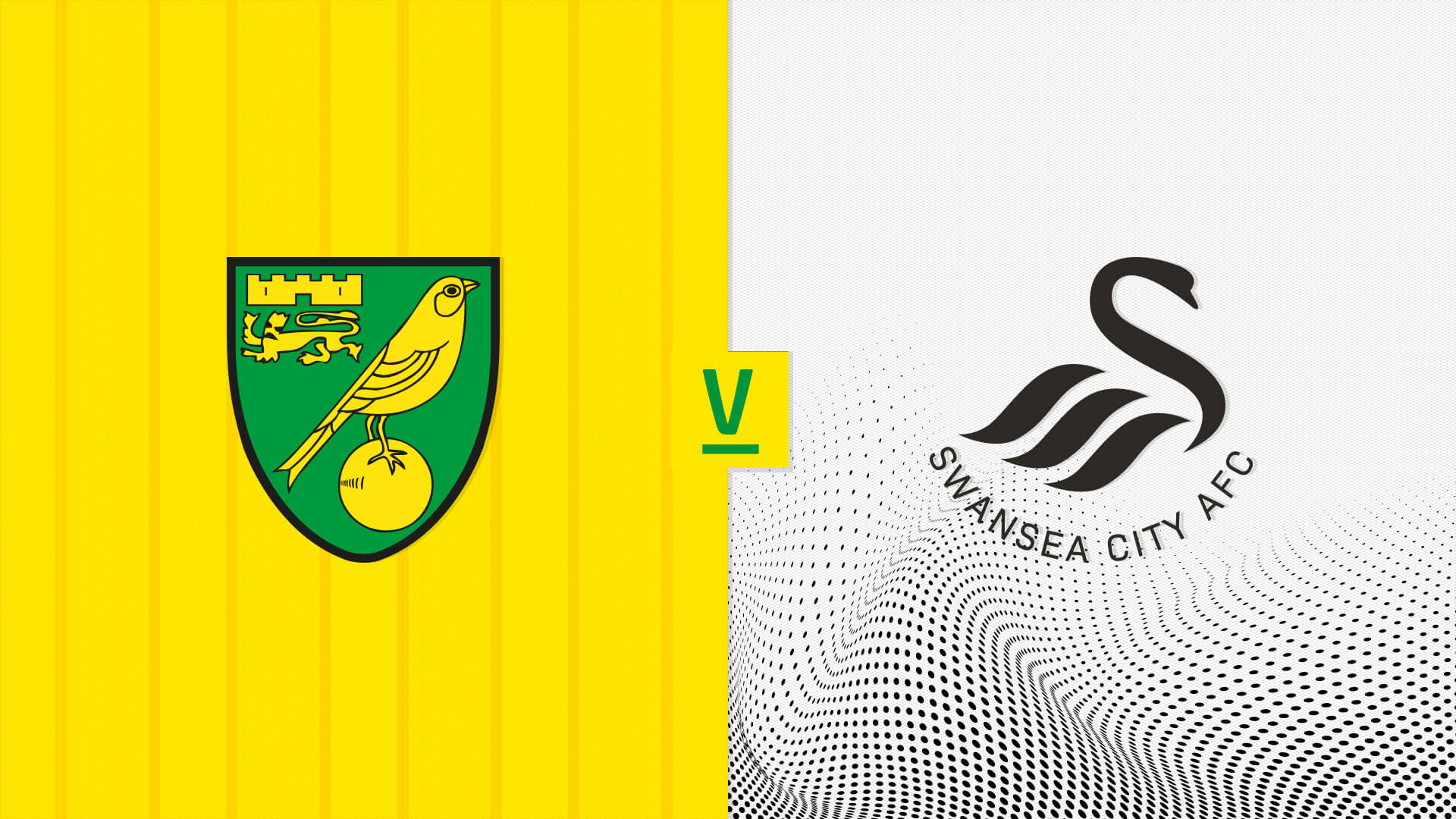 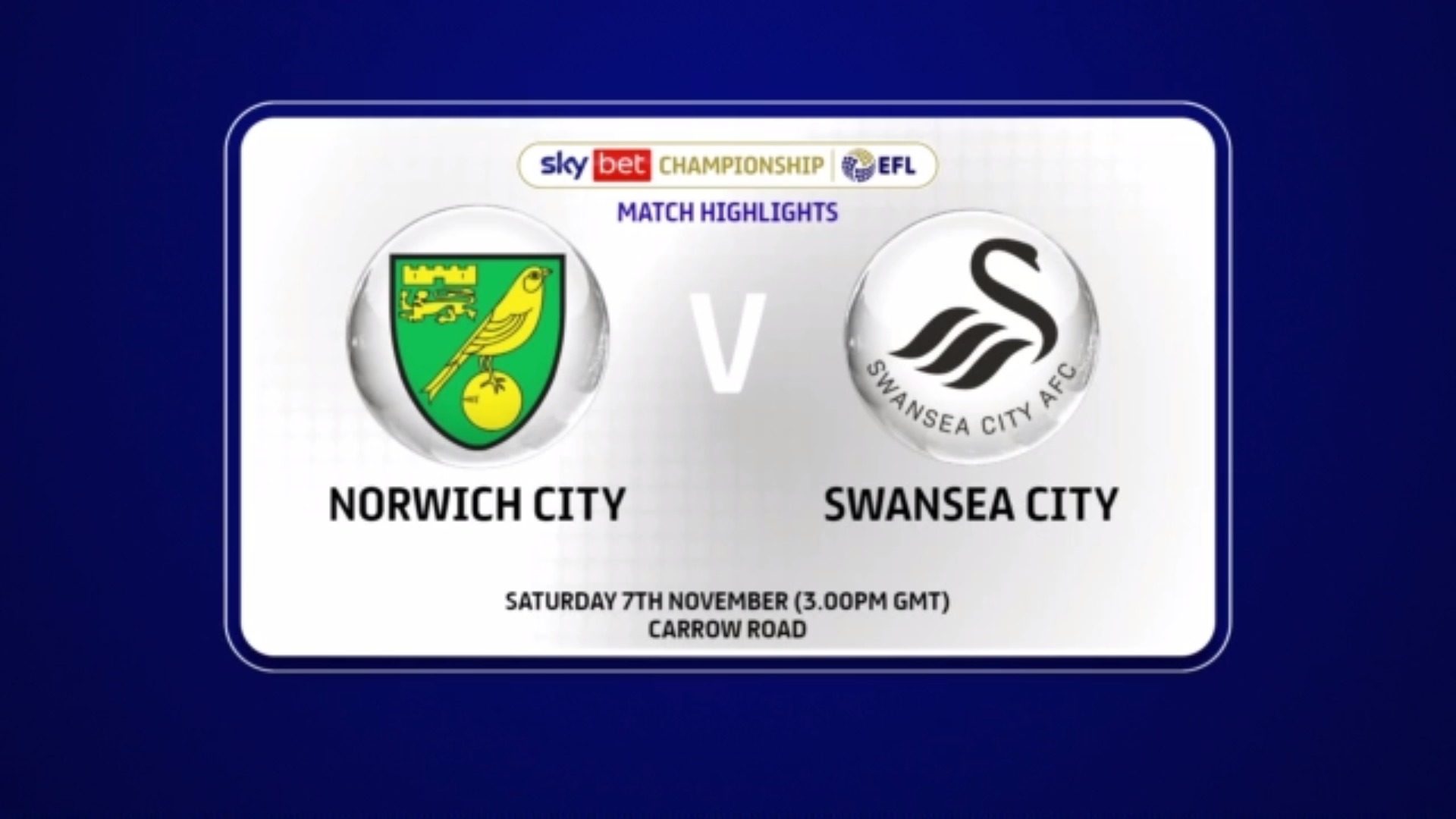 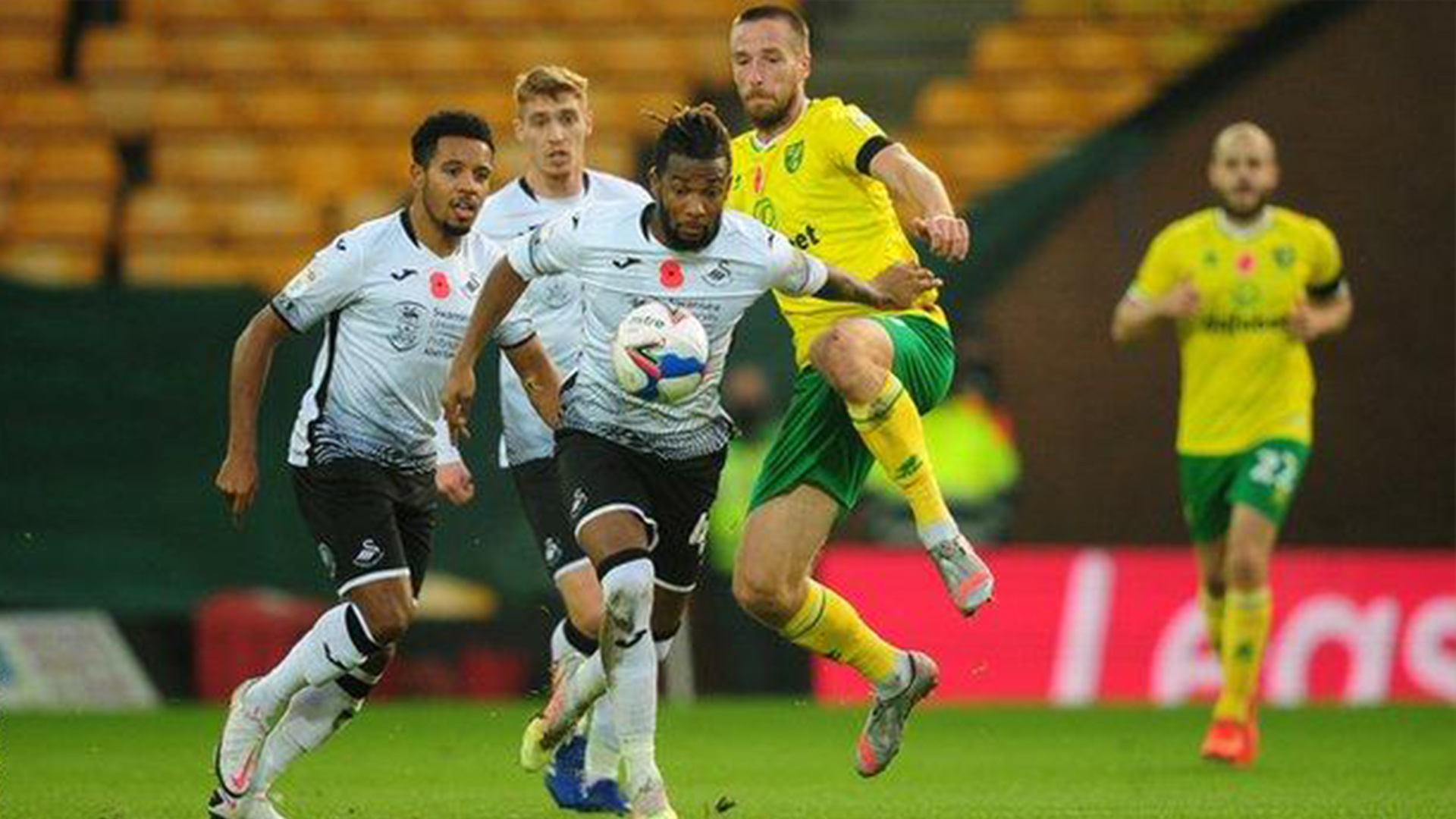