Our Match Preview takes a look at how Stoke have started the season, the officials in charge of the game, and how you can follow the action live from home.

After struggling since relegation from the Premier League in 2018, Stoke City seemed to have found the formula for success once again.

Former Northern Ireland manager Michael O'Neill has had time to implement his ideas at the bet365 Stadium and they seem to now be bearing fruit.

The Potters are currently seventh in the Championship table and are the second joint-highest scorers through 12 matches so far with 19 goals scored.

They've scored nine in their last three matches and beat previous league leaders Reading just before the international break before backing that up with an entertaining 4-3 win over Huddersfield Town on Saturday.

To complement their wealth of experience, including the likes of James McClean, Danny Batth, John Obi Mikel and Stephen Fletcher, O'Neill has started to bed the younger generation in and it's paying off.

Tyrese Campbell (pictured) has been the star so far for the Potters, scoring five and assisting five in his 11 appearances.

The last time they met was towards the climax of the 2018-19 season, with the two sides playing out a 2-2 draw with Onel Hernandez and Teemu Pukki on the scoresheet for the Canaries.

Geoff Eltringham has been appointed to take charge of Tuesday's match, with Robert Hyde and James Wilson his assistants and Matthew Donohue the fourth official.

Eltringham has refereed six matches in all competitions this season, dishing our 16 yellow cards and one red card.

He was in charge of City's opening day victory at Huddersfield where Adam Idah scored the only goal of the game in a 1-0 win.

Saturday’s match is exclusively available to watch on iFollow.

Non-season ticket holders will have to buy a £10 match pass here to watch the game.

iFollow is the only place you can watch this weekend's game. You gain access to HD four-camera coverage, replays and BBC Radio Norfolk commentary by tuning in.

Overseas supporters can watch the match as part of their existing iFollow monthly or seasonal subscriptions. Click here for more information.

To learn more about the variety of passes on offer to supporters this season, click here.

If you have any questions around our iFollow service, please check out answers to some FAQs here. Alternatively, please email ifollow@efl.com.

Norwich City came out on top in a entertaining encounter against Stoke City to strengthen their grip at the top of the Sky Bet Championship with a 3-2 victory.

The Canaries were in cruise control at the hour mark after a clinical display thanks to goals from Emi Buendia and Teemu Pukki (2), however they lost goalkeeper Tim Krul to injury during the first-half.

Buendia was shown a red card on the hour mark and Stoke scored twice in the final half hour through Tyrese Campbell and Nathan Collins as they threw the kitchen sink at Daniel Farke's team.

But City showed steel and determination to come through and seal another impressive victory.

Farke made three changes to his starting eleven from Saturday's victory over Middlesbrough, with Alex Tettey, Josh Martin and Pukki coming into the side in place of Lukas Rupp, Jordan Hugill and Przemyslaw Placheta.

There were places for academy trio of Dan Barden, Reece McAlear and Tom Dickson-Peters on the bench, with a number of injuries to first-team players forcing Farke to call on youth.

In a very cagey opening ten minutes, Stoke allowed City to dominate possession without letting them progress up the field of play. However, on 12 minutes, the Canaries began to make in-roads. A Buendia corner was cleared only as far as Martin whose shot was deflected over.

From the resulting corner, Grant Hanley almost met a Martin delivery from the other side but he couldn't rise high enough to meet the ball, despite being unmarked and six yards out.

The Canaries didn't have to wait long on a far superior start though. Martin was involved once more in the opener as he jinked past challenge on the left and moved the ball inside to Pukki who then found Marco Stiepermann surging forward. He slid the ball through to Buendia who shot across goal and into the bottom corner for the opener on 18 minutes.

Stoke improved after going behind but it was City who continued to look the more threatening of the two sides.

On 27 minutes, their lead was doubled. Buendia turned provider this time to fizz a sumptuous ball behind the Potters' defence and Pukki took them by surprise when he fired an unstoppable strike into the bottom corner on the volley.

Stoke knew they had to start playing, and they indeed did shortly after going further behind. Stephen Fletcher met a cross but was kept out by Krul, before Nick Powell then nodded onto the crossbar in a real let off for the visitors.

The remainder of the half was marred by two enforced changes. As a result of his efforts, Fletcher was brought off with a suspected knee problem and on 40 minutes, Krul pulled up and was replaced by Michael McGovern.

There was more injury worries for City at the start of the second-half as Stiepermann was forced to the ground after nasty clash of heads with Danny Batth. Fortunately for City, he was declared okay to continue by medical staff.

City tightened their grip even further on proceedings on the hour mark when Pukki broke the offside trap and latched onto a Martin through ball before round Stoke goalkeeper Josef Bursik and tapping into the empty net.

Stoke threatened a resurgence shortly after Emi Buendia was sent off for a second bookable offence as Campbell powerfully headed home.

Batth was denied twice in quick succession on 75 minutes by McGovern and then the left-hand post, before substitute Nathan Collins rose highest to nod home a corner with just ten minutes left.

However, City dug in to navigate their way through the closing ten minutes to record another decisive victory. 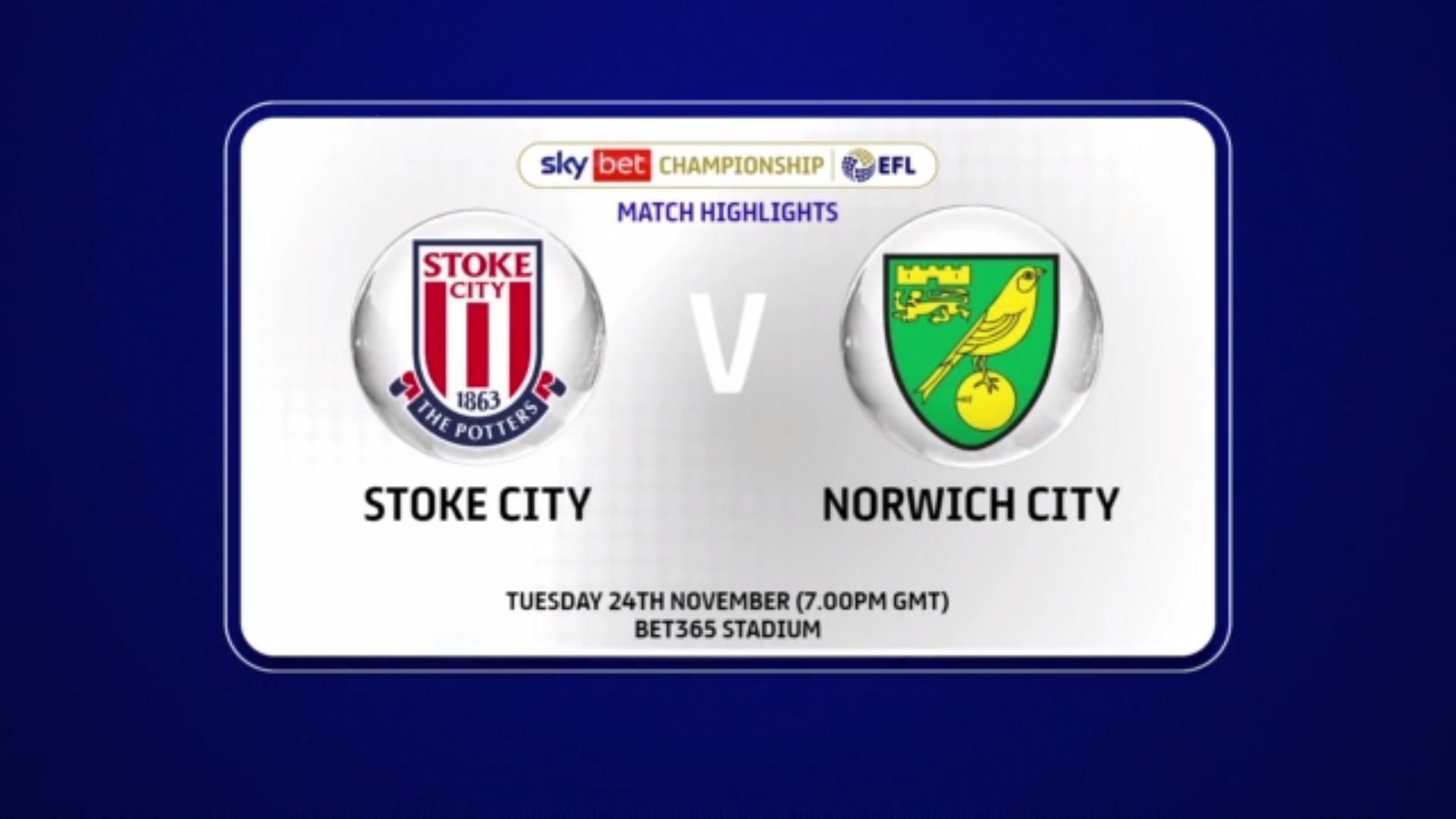 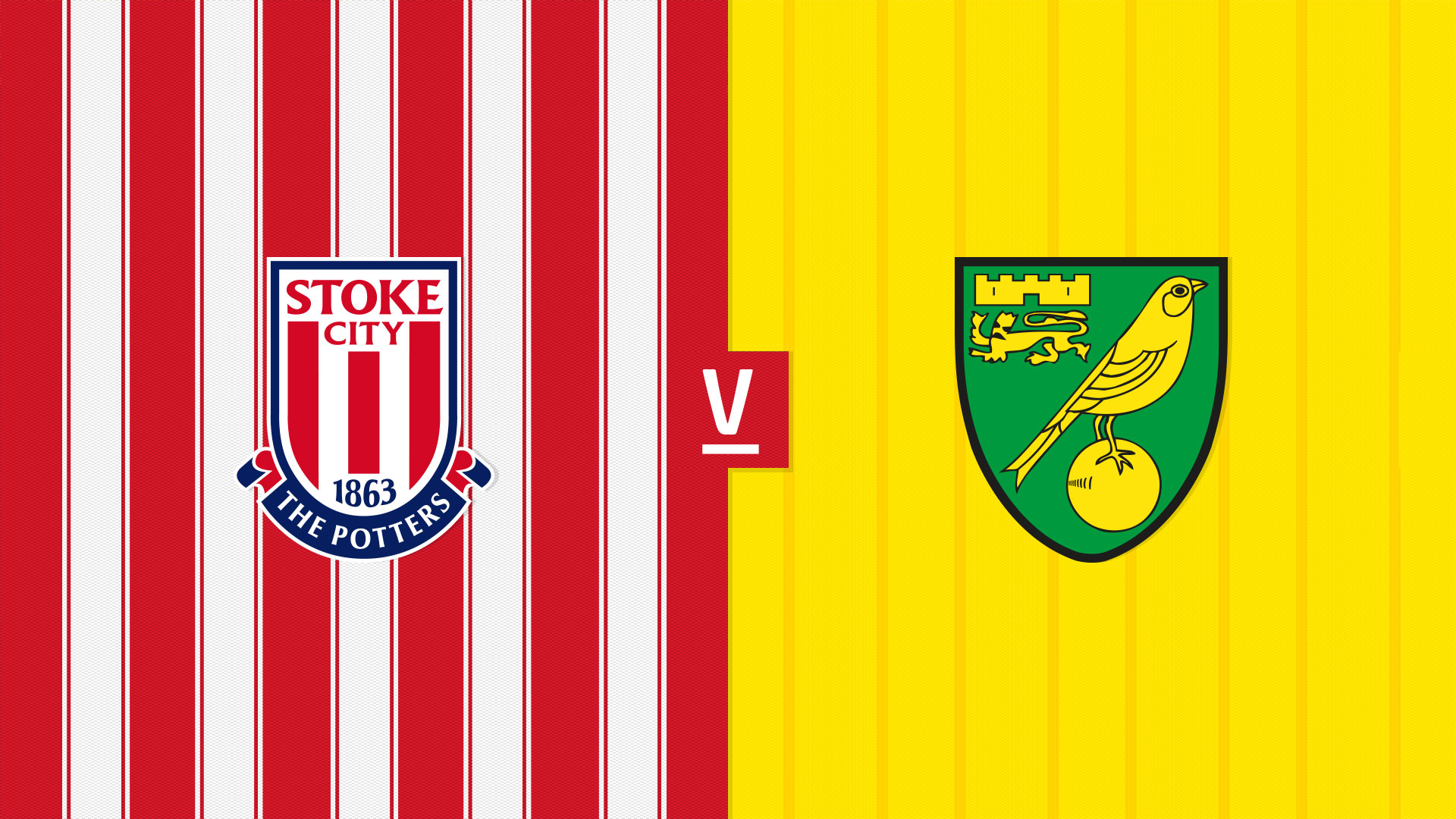 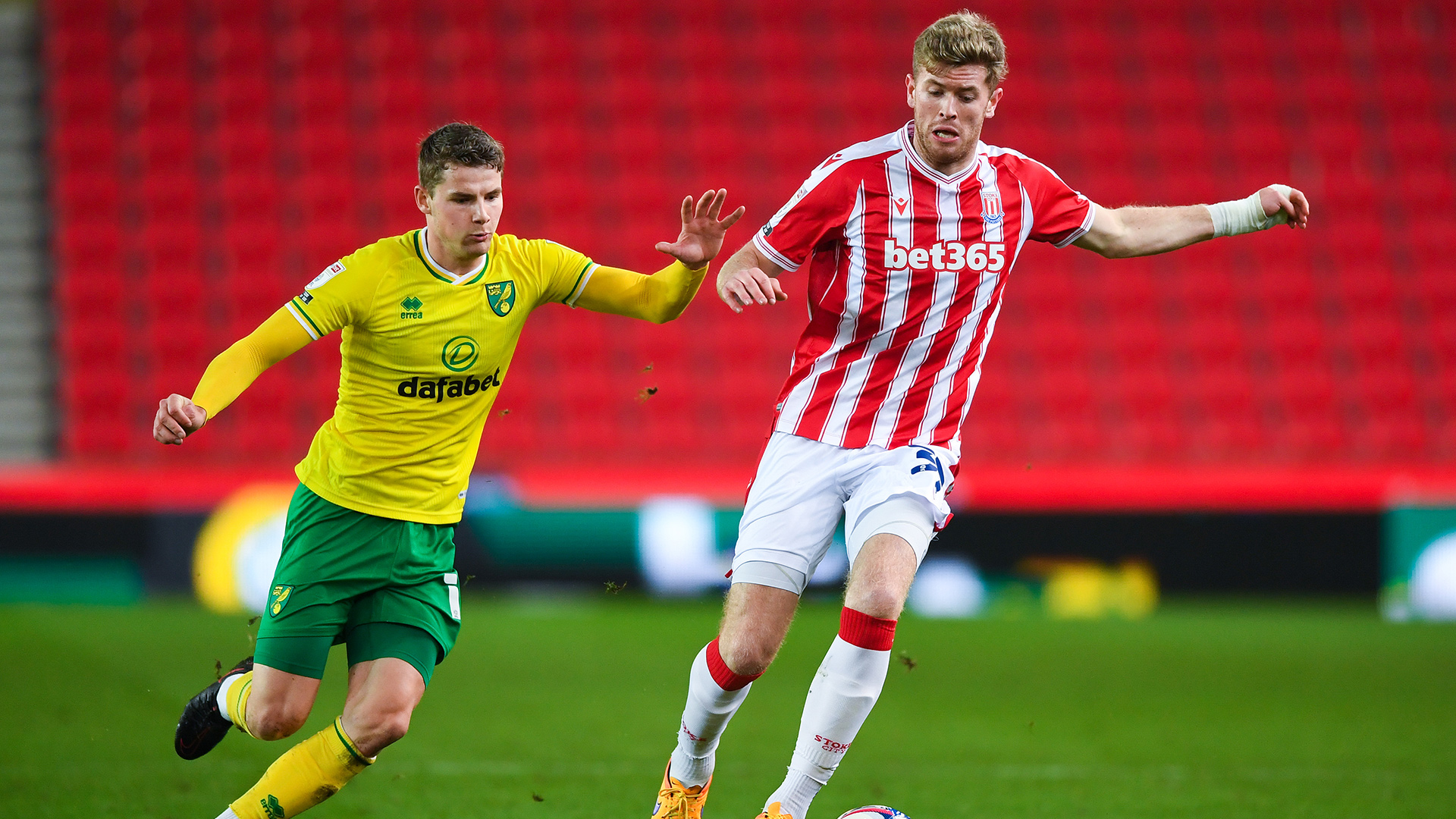 It’s a big game today and you’d probably like to be standing in the stands right now waiting for the teams to arrive. We’ve got the next best thing. You can watch all the live action from Norwich City v Middlesbrough with one of our Match Passes. They only cost ##MP_PRICE## for the best view in the stadium.