Back in action just three days after our 2-1 win over Wycombe Wanderers, Norwich City are on the road as they travel to Brentford tonight (7:45pm KO).

Our Match Pack contains all of our pre-match content for you to enjoy prior to kick-off!

Starting off with our Match Preview, click on the link above and you’ll find information regarding Brentford’s start to the season and our head-to-head record against the Bees.

Details on the officials taking charge of the game are also included, as well as an explanation of how you can follow tonight’s game live on Sky Sports and our various social channels.

Team News: Late decision to be made on Cantwell

After featuring in all 90 minutes against Wycombe, Todd Cantwell has question marks over his involvement in the Canaries fixture against Brentford.

Daniel Farke: Small details will be crucial in winning points

Later in his pre-match press conference, the boss previewed tonight’s opponents and emphasised the importance of small details in what he expects to be a closer match than previous games this season.

Ask the expert: Brentford (A)

There’s many people better to ask about the Bees than someone who follows them on a weekly basis!

Brentford fan and Sky News reporter Dan Long detailed more of what we can expect from tonight’s hosts, as well as discussing the new stadium and their dangermen this season!

What better way to get yourself in the mood for tonight’s game than to re-live one of our better wins against the side!

Our memorable match recalls a 3-0 win back in 2014, with goals from Alex Tettey and Cameron Jerome, have a trip down memory lane above!

A goal from substitute Kenny McLean rescued a point for Norwich City away at Brentford.

The Canaries, despite dominating the opening 20 minutes, fell behind midway through the first half when Ivan Toney netted. And City struggled for large parts of the second half until McLean spun on the edge of the box and hit a left-foot shot that took a deflection on its way into the back of the net.

Daniel Farke made one change from the side that beat Wycombe Wanderers last time out as Mario Vrancic, who scored a late free kick to win the match against the Chairboys, came into the starting XI at the expense of Jordan Hugill. It was a move that saw Teemu Pukki restored to his central striking role.

There was also a late change as Xavi Quintilla was injured in the warm-up and replaced by Jacob Sorensen.

City started the match superbly and had a good chance to take the lead after seven minutes when a flowing one-touch move saw Vrancic play Pukki in on goal, but he was incorrectly flagged for offside.

Five minutes later Lukas Rupp and Vrancic combined to set Emi Buendia racing into the area and a neat chop fooled Ethan Pinnock and gave the Argentine a sight of goal but his close-range effort deflected over the bar.

Buendia then won the ball well off Rico Henry down the right before passing inside to Rupp, who set up Vrancic with a sight of goal but his shot from distance flew inches wide of the post. Brentford looked threatening from a couple of long throws into the Norwich box, with Henrik Dalsgaard volleying wide at the back post following from one of these situations.

However, the Bees were struggling to break through the Norwich defence from open play and their goal came from City losing possession from their own throw which allowed Bryan Mbuemo to break down the left side of the box and square a ball for Ivan Toney to tap home his eighth goal of the season.

From that point on the hosts grew in confidence as Emiliano Marcondes glanced a header wide. Then five minutes before the break Toney jumped above his marker to head a right-wing cross towards the bottom corner forcing Krul into a great one-handed save.

However, it was Norwich who ended the half on top with Buendia sending a free kick into the area for Hanley to power a header over from 10 yards out.

Farke made a change at the break with Przemyslaw Placheta coming on for Todd Cantwell. However, it was Brentford who looked the more likely to extend their lead after the interval with Krul having to block a Dalgaard effort following a good knockdown in the box from Toney.

Dasilva also had an effort from the edge of the box that was comfortably saved but as the half wore on the hosts began to sit deep, frustrate and slow the game down, intent on hanging on to the one-goal advantage.

Farke made a double change to try and turn the game, with McLean and Jordan Hugill coming on for Lucas Rupp and Oliver Skipp. And it was McLean, the hero for Scotland in their recent European Championship qualifying victory over Isreal, who made the difference.

He picked up a ball on the edge of the box and turned and hit a left-foot shot towards goal. The effort had David Raya scrambling across to his left but the shot then took a deflection off Mads Bech Sorensen to wrong foot the Brentford goalkeeper and earn the Canaries a point. 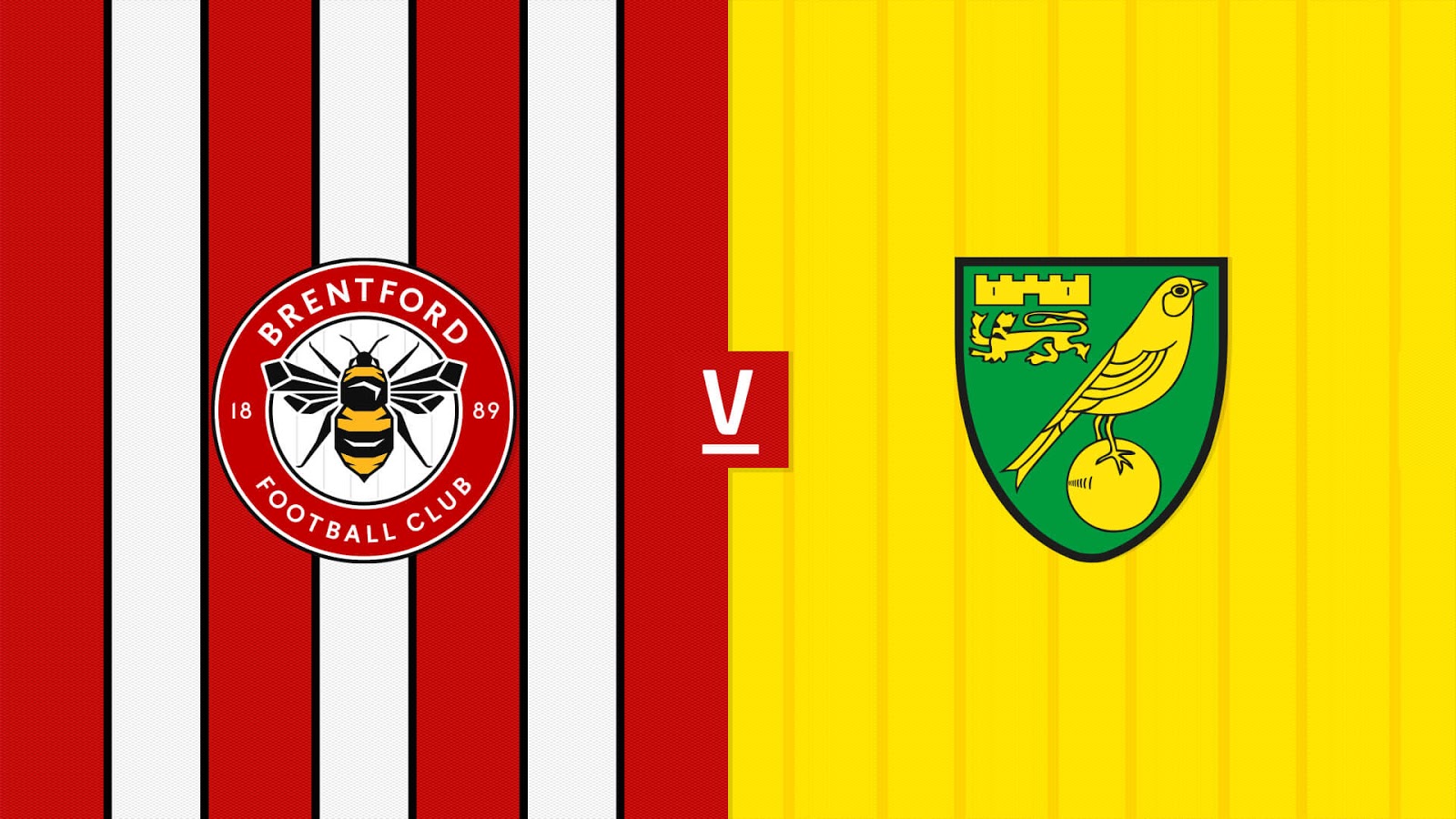 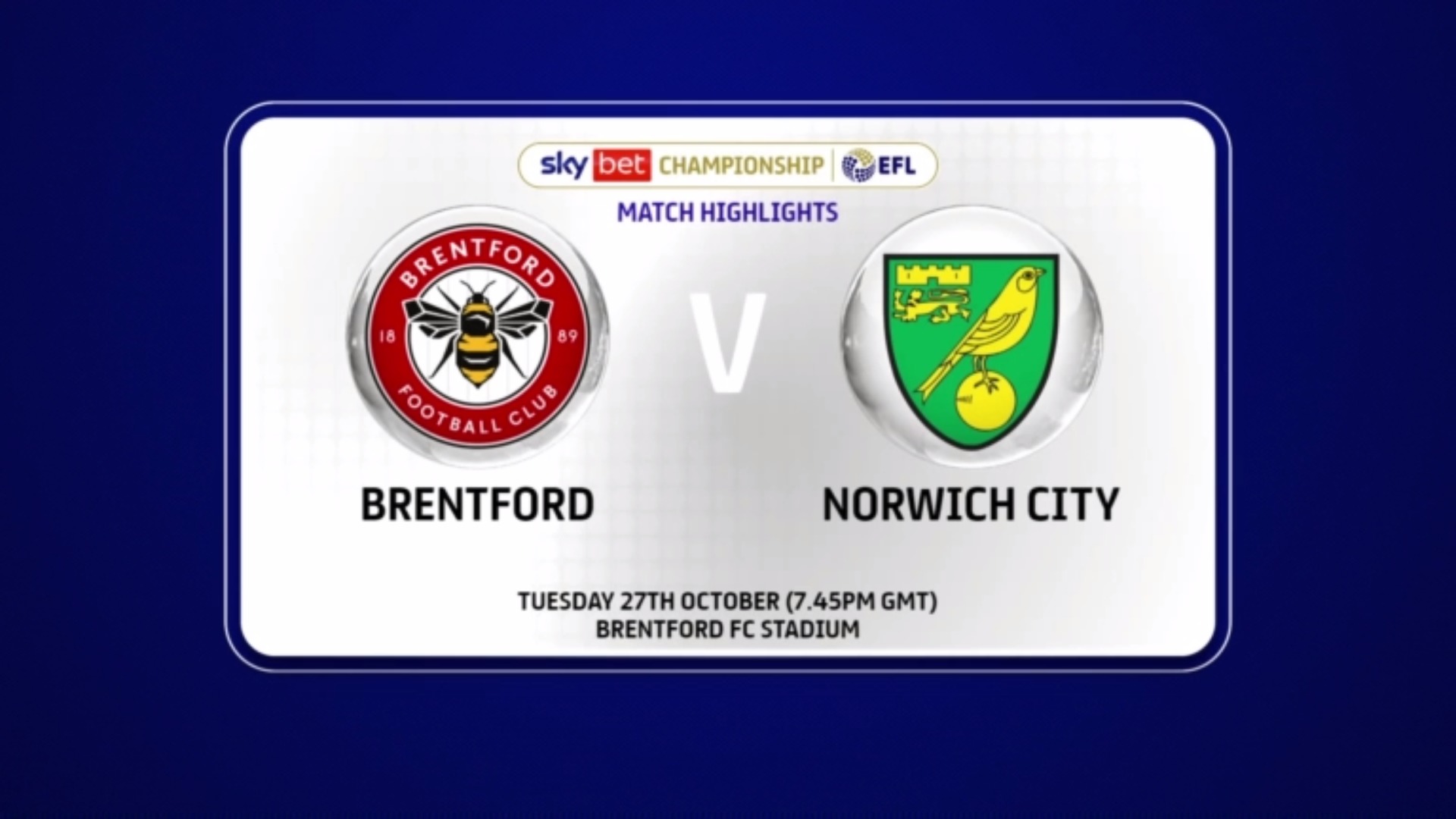 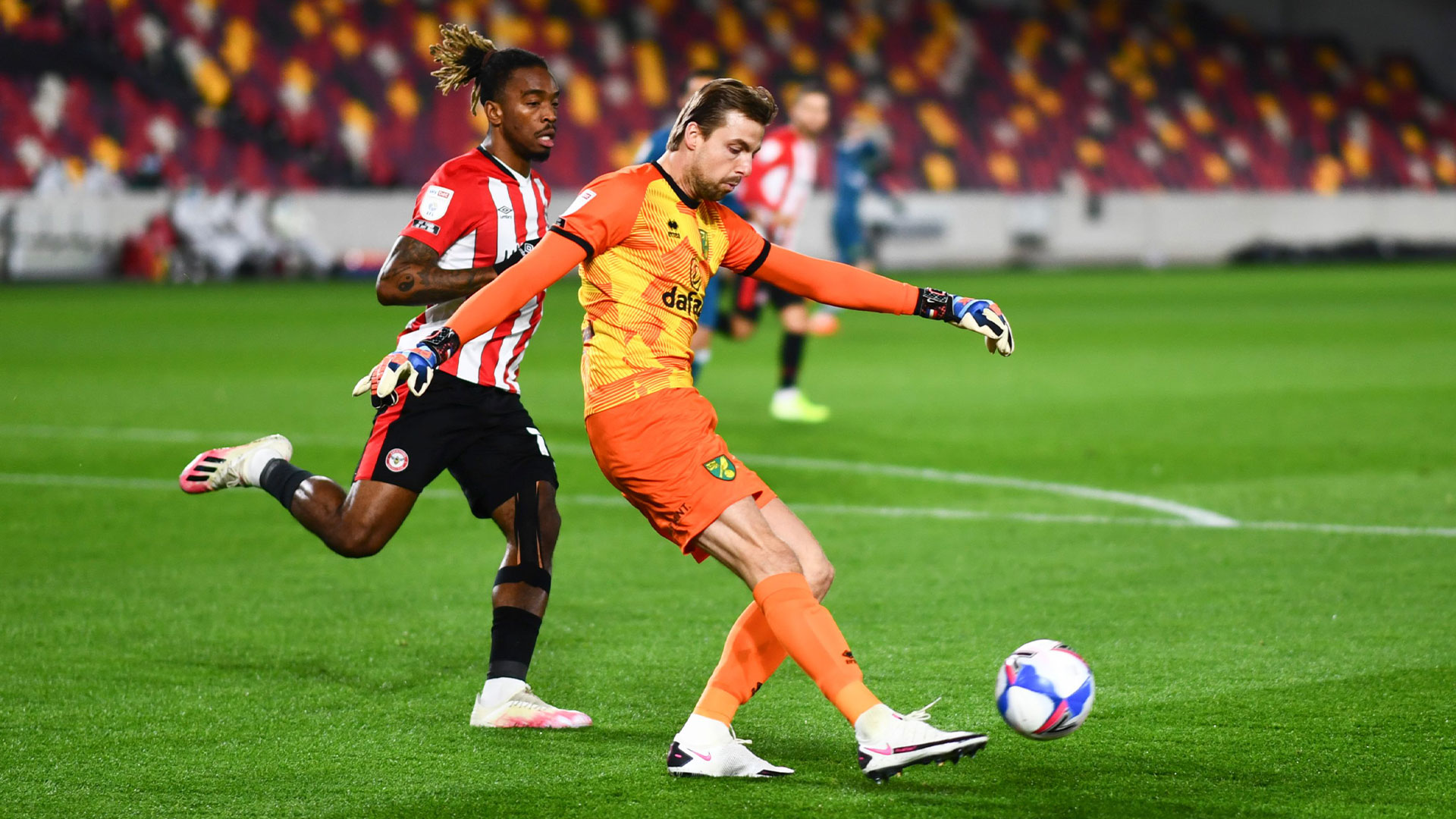