Happy Halloween! Let’s hope we’re in for more treats than tricks this afternoon, as we take on Bristol City at Ashton Gate in the Championship’s early kick-off (12.30pm).

Since our 1-1 draw against Brentford on Tuesday night, we’ve been researching the Robins for all your pre-match goodness! Use the links below for today’s reading material.

Providing information on Bristol City’s season so far, the referees in charge of this afternoon’s game, and how to follow the action live, our Match Preview has all you need to know!

There’s also an encouraging head-to-head record against the Robins included - did you know we’re unbeaten against them in the last eight meetings?

Thankfully, we saw on Tuesday night that Jacob Sorensen is capable of doing a job at left-back!

The boss also gave updates on the fitness of Christoph Zimmermann and Josh Martin.

Daniel Farke: Our situation makes success in Championship harder, but we relish the challenge

When City won the Championship in 2018-19, they did so under relatively low expectations, at least compared to this season, when we’re one of the favourites for promotion.

"Two years ago, everyone was talking about Leeds, Aston Villa etc,” Farke said. “But this season, everyone is talking about us. Our reputation has grown and therefore it's more difficult for us to be successful.

"But it's been good to see us grind out results early on."

Ask the Expert: Bristol City (A)

Want to know more about the Robins and their ambitions for this season? Who better to learn from than a reporter who covers them week in, week out?

This week, we spoke to Gregor Macgregor, who covers Bristol City’s fortunes for Bristol Live, to address the club’s form, injuries and more.

If this afternoon’s game is anything like this one, we’re in for a treat!

Back in 2010, goals from Simeon Jackson and Wes Hoolahan gave the Canaries a 3-0 win at Ashton Gate to move up to third in the Championship.

Today’s game is being broadcast on Sky Sports, but not on iFollow.

However, supporters without a Sky Sports subscription can still watch the game by booking a table at Yellows Bar & Grill!

The Carrow Road venue has recently reopened, providing tasty food and drink in a COVID-secure environment, while showing the game live.


Our upcoming away game against Bristol City has been rescheduled after being selected for live broadcast on Sky Sports.

Two strikes from Teemu Pukki and Emi Buendia’s first goal of the season gave Norwich City all three points in an entertaining game against Bristol City.

The Canaries' movement and creative spark caused the Robins plenty of problems all game, but the hosts were also wasteful in front of goal with Nahki Wells chipping a penalty over the bar when his side were losing 3-1.

Daniel Farke made two changes from the team that drew with Brentford last time out as Przemyslaw Placheta and Marco Stiepermann came in for Todd Cantwell and Mario Vrancic.

And it was Stiepermann who got Norwich off to a flying start as he found Pukki with a good through ball and the Finnish striker cushioned the ball before lacing a shot past Daniel Bentley.

Then it was Jacob Sorensen turn to find Pukki with an even better ball. His cross-field pass from the left back position was superbly controlled by Pukki, who then hit a shot that deflected of Tomas Kalas on its way into the bottom corner.

However, Bristol City were back in the match less than a minute later as they created an overload in City’s right back area which allowed Jamie Patterson to send a low shot towards Tim Krul’s near post. The Norwich keeper palmed the shot away, but the loose ball was then lifted up towards the back post where Jack Hunt volleyed home.

Pukki and Max Aarons both had chances to get Norwich a third goal but at the other end Wells had two great chances to equalise but he put the first effort just wide, from the edge of the box, and then after controlling low cross from Callum O’Dowda he scuffed an effort from six yards out allowing Grant Hanley to clear.

Chris Martin then tested Krul with a header from a corner before Buendia raced onto a pass from Placheta and forced an excellent save out of Bentley. It was then excellent movement from Buendia and an exquisite first touch that got him onto the end of a 40-yard ball from Ben Gibson and he then placed a side-foot finish into the bottom corner to restore Norwich’s two-goal margin going into the break.

City started the second half brightly with Stiepermann curling a left-foot shot over before Lukas Rupp placed an effort wide following a corner.

However, Bristol again came back into the contest just before the hour as former Canary Martin curled a 25-yard shot onto the inside of the post and then Wells scuffed a Chris Brunt free-kick safely into the arms of Krul.

Worse was to follow for Wells though as, following a foul by Sorensen on Kalas, Bristol were awarded a penalty and the former Bradford City striker chipped the spot kick over the crossbar.

With that went the home side’s chances of winning the match and the scoreline could have got worse for them in the final 15 minutes as Placheta brought two smart saves out of Bentley and put an effort just wide as Norwich ended the match strongly.


Our upcoming away game against Bristol City has been rescheduled after being selected for live broadcast on Sky Sports. 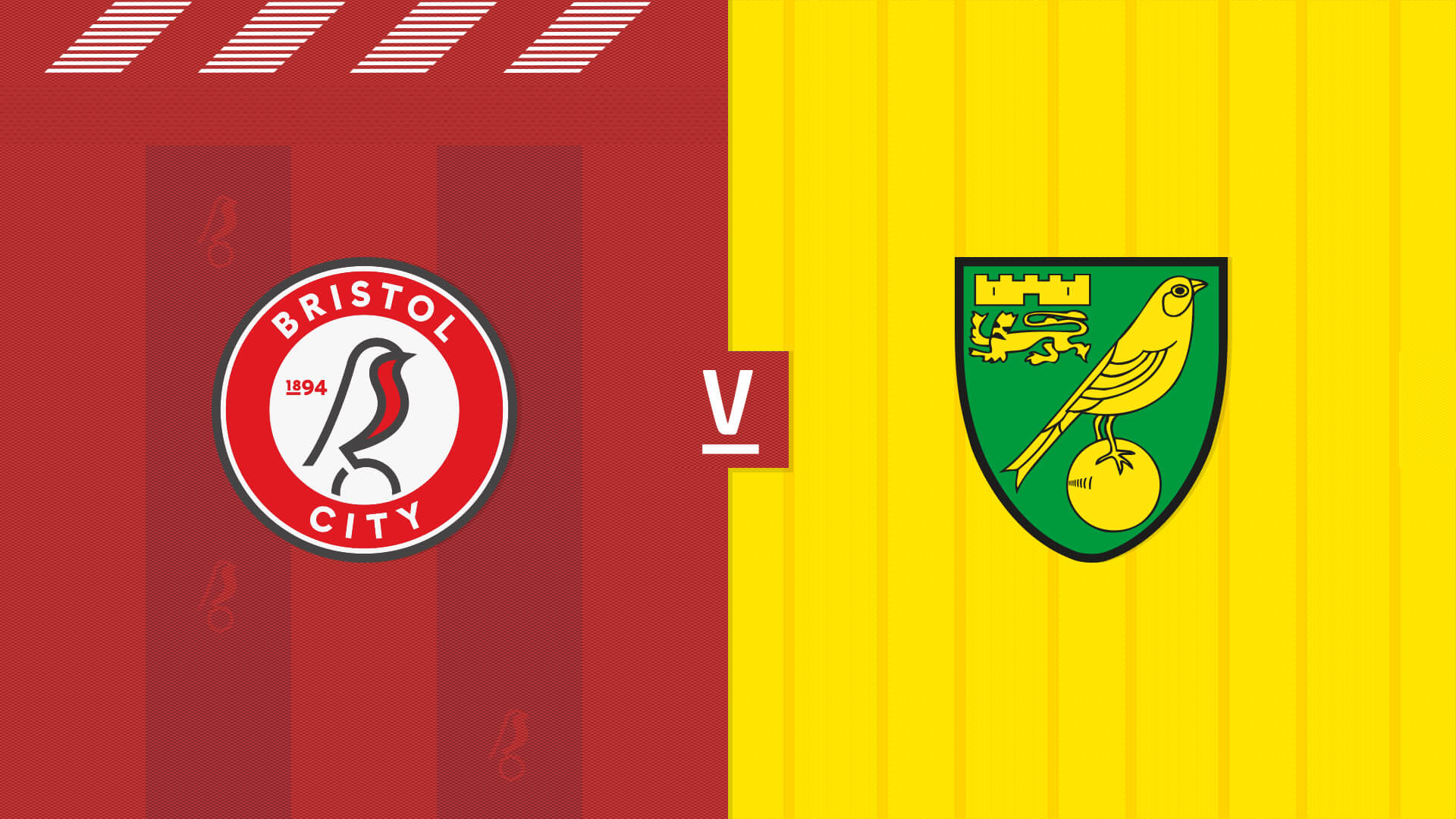 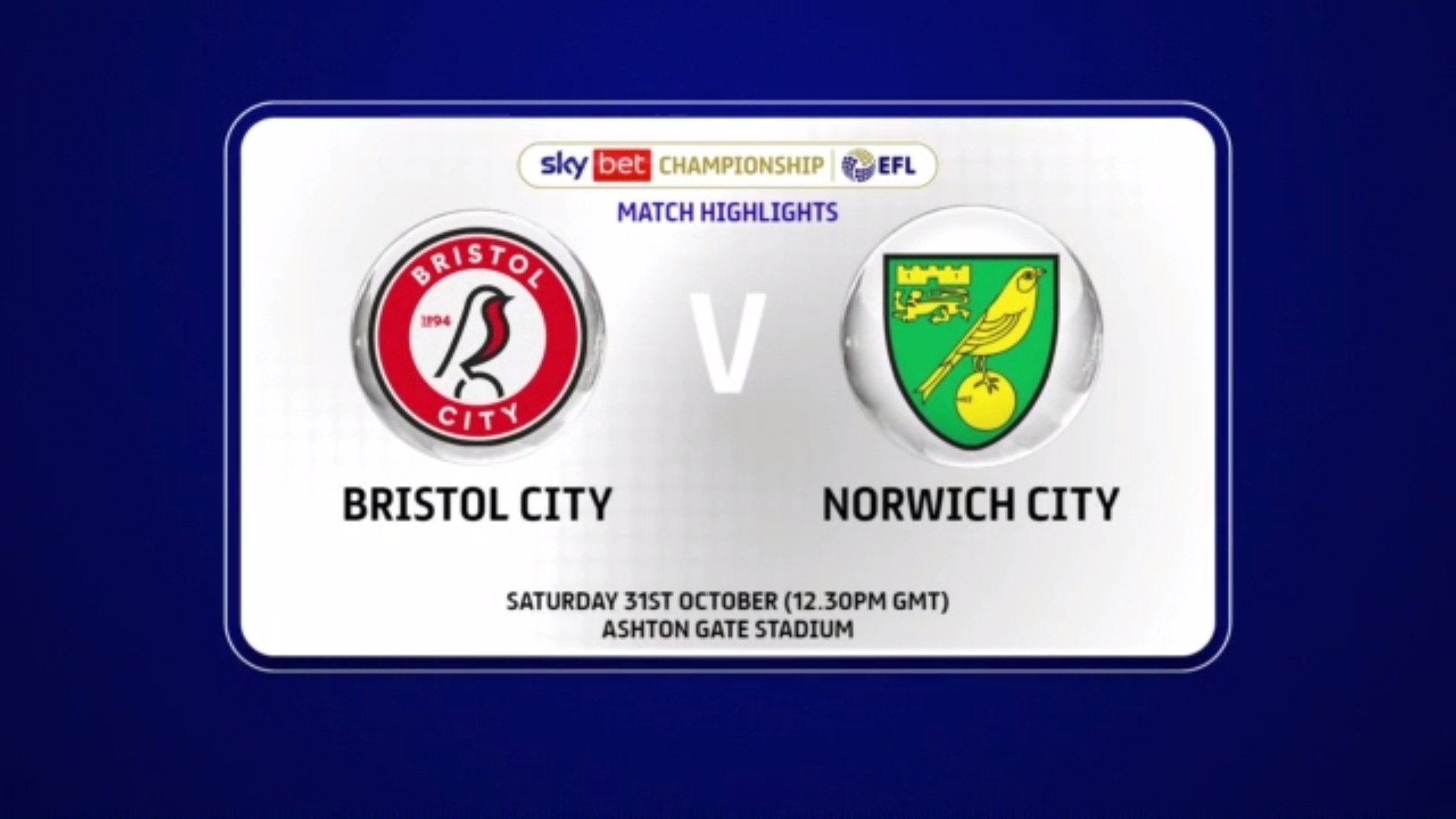 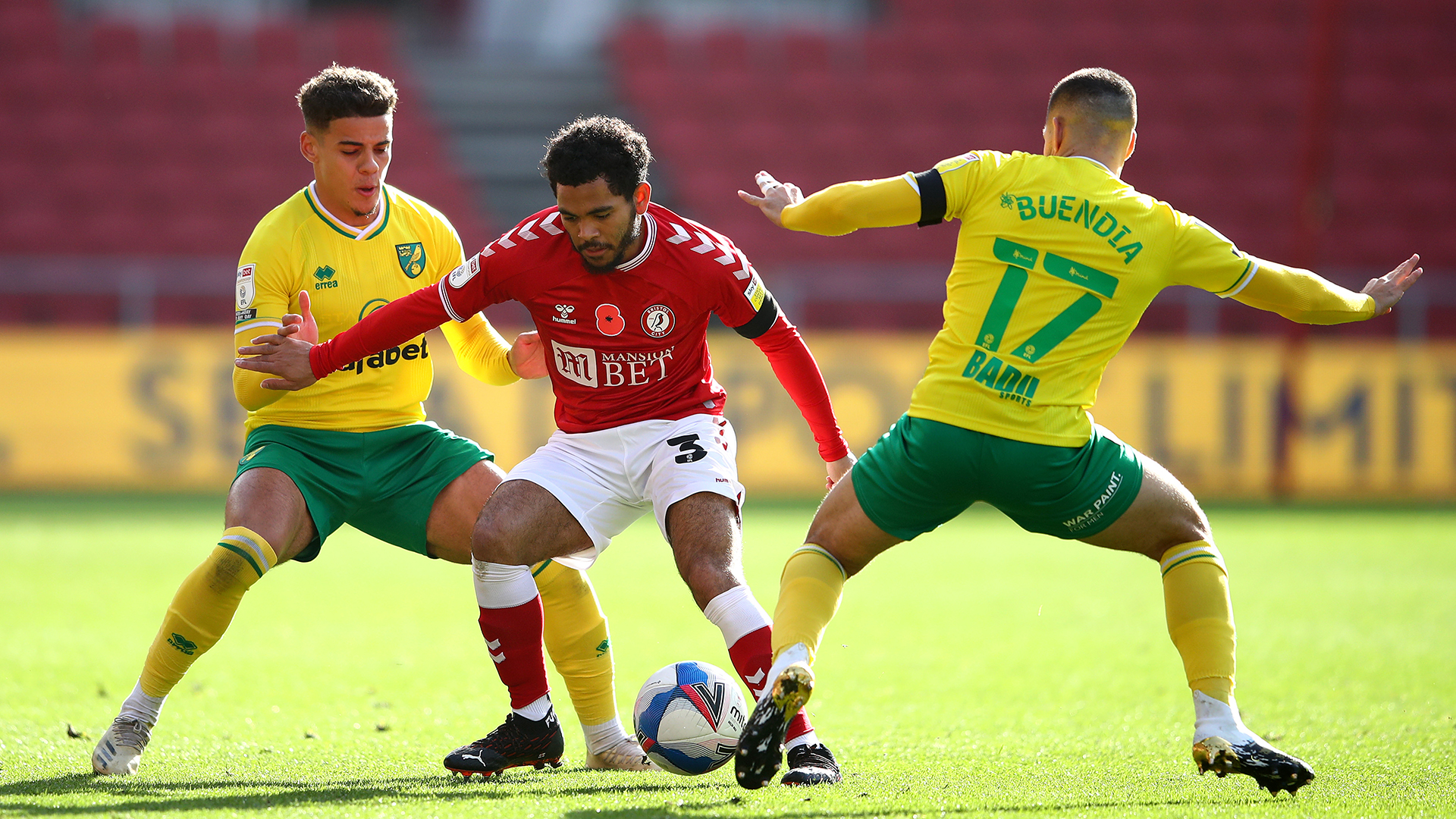