Ahead of the game we spoke to the Birmingham Mail's Brian Dick to about the Blues start to the season, Aitor Karanka and what we can expect from our visitors in terms of tactics this evening.

canaries.co.uk: It has been a solid start to the season for Birmingham. Have the supporters been happy with how the campaign has begun?

BD: Given the way last season ended, not so much limping over the line as falling over it, it’s fair to say things are much more positive now. It all got off to a bit of an inauspicious start when they lost the Carabao Cup opener at home to League Two Cambridge but that turned into something of an instructive exercise for Aitor Karanka, underlining just how much help the current squad needed.

To have transformed them into such a strong, well-organised unit since then is hugely creditable. Luck was ridden a little against Brentford but honestly the games against Swansea, Rotherham and Stoke could all have produced wins too – even if they might have stretched the point a little.

canaries.co.uk: Defensively Birmingham suffered last season, with only Luton Town, Charlton, Hull City and QPR letting in more than them. How much of an impact has Aitor Karanka made towards improving that already?

BD: It is a total reversal. Blues have gone from being a bit of a soft touch defensively to being much, much more compact. They’ve mostly played a 4-2-3-1 with the two defensive midfielders protecting the back line and that ‘back six’ has been pretty much impenetrable. Karanka has repeatedly said it’s the foundation on which his teams are built and it’s certainly looking to be the case with only one goal conceded from open play.

canaries.co.uk: From the games so far this season, what are the main differences between the way you play under him to fellow Spaniard Pep Clotet?

BD: From January, Blues played with two up front as Lukas Jutkiewicz and Scott Hogan combined to form what was a pretty effective partnership. Unfortunately, momentum was lost during lockdown and after that, for a variety of reasons, the team didn’t fire the way it had beforehand. Karanka has quickly identified defensive solidity as the main priority and sat Adam Clayton and Ivan Sunjic in front of the defence. Jutkiewicz has tended to start most games as the lone striker with the hope that he can be serviced from the flanks by Ivan Sanchez and Jeremie Bela. So far the goals have come from dead-ball situations, two to Bela and one to Harlee Dean, and thankfully Karanka’s Blues are much, much more effective at set-pieces in both boxes.

canaries.co.uk: What would represent a successful season for Birmingham this campaign? Has Aitor Karanka been tasked with getting a top six finish or would top 10 be seen a good progress by those in charge?

BD: Karanka steadfastly refuses to set any public targets, referring to his time at Middlesbrough when he said at his unveiling that he wanted to get Boro promoted, which took him three years. That will be the aim here but it’s implicit rather than explicit. The manner of the recruitment suggests that, of the 10 new arrivals, Neil Etheridge, George Friend, Adam Clayton and Ivan Sanchez all have experience of winning promotion so you can read something into that. I think the Championship feels more open than it has in recent years too, with the disrupted off-season and no obvious powerhouse. However, for those of us who have watched the team struggle for the last few seasons anything inside the top 10 would be big, big progress. At this stage predicting a top six finish feels like star-gazing in another universe.

canaries.co.uk: Aitor Karanka has brought in a couple of his old Middlesbrough players to the club in Adam Clayton and George Friend. What have you made of them so far?

BD: Hugely influential, both in word and deed. The one thing you notice about this Blues team – and maybe it’s because there aren’t fans in the ground, is how vocal they are. Clayton, Friend and Etheridge have all played a big part in that. Friend has slotted alongside Harlee Dean at left-sided centre half almost without missing a beat and he’s had a case to be man of the match in every game so far. Clayton has not only played well, with his anticipation and desire to play forward - but he’s had a very positive effect on Sunjic next to him too. For free transfers they’ve been excellent signings.

canaries.co.uk: Scott Hogan has also offered competition for places up front. Have you been impressed with him so far and are we likely to see him or Lukas Jutkiewicz start up front?

BD: We’ve not seen too much of him yet to be honest. He’s had one start, when Blues went 4-4-2 against Rotherham and that didn’t quite fire as hoped. The big question surrounding Hogan’s return was whether he’d be the pre-lockdown model or the post-lockdown version. Up until March he was lethal, scoring seven goals in eight Championship games. Afterwards the chances and goals dried up in a misfiring team. He’s a proven finisher at this level though and everyone at Blues is hoping he can rediscover his best form. Jutkiewicz remains such a solid player and one who in the last two seasons has taken his goal scoring to a new level.

canaries.co.uk: Birmingham look to be lining up in a 4-2-3-1 formation this season. How do you think they will approach the game from a tactical point of view at Carrow Road?

BD: I’m sure it’ll be about being defensively sound first and foremost, making sure no silly goals are given away and trying to make the most of opportunities to counter and at set-pieces. Sanchez looks really dangerous in transition and he’s looked the most likely source of attacking inspiration so far. Don’t expect an end-to-end game of basketball!

Norwich City recorded back-to-back wins in the Sky Bet Championship with a dominant display over Birmingham City at Carrow Road.

The Yellows had to wait until the 87th minute to break the deadlock when substitute Mario Vrancic swept home from just inside the area following a good pass from Adam Idah.

However, it was a game that Norwich fully deserved the three points from as the Canaries had more than 70 per cent of the ball and 23 shots at Birmingham's goal.

Daniel Farke made two changes from the side that beat Rotherham last time out as Todd Cantwell and Teemu Pukki came in for Idah and Marco Stiepermann.

The Canaries dominated the first half, having over 75 per cent of possession and 13 shots at goal to Birmingham’s four. Jordan Hugill was first to go close as he picked the pocket of George Friend in the area, as the former Exeter man tried to shepherded the ball out of play, but he could only drag his shot wide of the near post.

Oliver Skipp then broke the lines superbly to pick up a pass in an advanced area but his low cross was slightly behind Emi Buendia who could on direct a header of target.

Ivan Sunjic had a rare effort at goal for Birmingham, which went over the top on 17 minutes, before Pukki met a low cross from Xavi Quintilla only to see his effort blocked by Friend.

Lukas Rupp then warmed the gloves of Neil Etheridge with a shot from 20 yards out before having another drilled effort, which looked destined for the bottom corner, blocked by Ivan Sanchez.

However, Norwich’s best chances of the first half fell to Cantwell in the closing minutes as he first hit a Pukki pass wide of the mark from 12 yards before then stealing the ball high up off Jonathan Leko and racing in on goal to bring a good save out of Etheridge.

The second half was only a minute old when Hugill picked up a pass from Buendia on the edge of the box and curled a shot just over. Hugill then turned provider for Pukki but his shot, at angle, was comfortably held by Etheridge.

Cantwell then continued his superbly display, having been recalled to the starting XI, as he got the ball in the back of the net on 62 minutes but his effort was ruled out for offside. Three minutes later he was at the heart of the action again as he linked up with Buendia well to work the ball wide for Quintilla to cross into the box, but then Cantwell fire a first-time effort just wide.

Then with 13 minutes left Grant Hanley headed just off target from a corner as it appeared Birmingham's stubborn resistance might see them grab a point. However, Farke made some good changes from the bench and then, with five minutes of normal time remaining, the match swung even more in Norwich’s favour when some neat footwork from Cantwell invited a late challenge from Adam Clayton, who having already been booked, was given his marching orders.

Sixty-four seconds later Norwich had the ball in the back of the net as Rupp knicked back possession to allow Buendia to feed a pass into Idah, whose quick lay-off into fellow substitute Vrancic allowed him to sweep a first-time shot into the corner of the net and give the Canaries the three points the performance deserved. 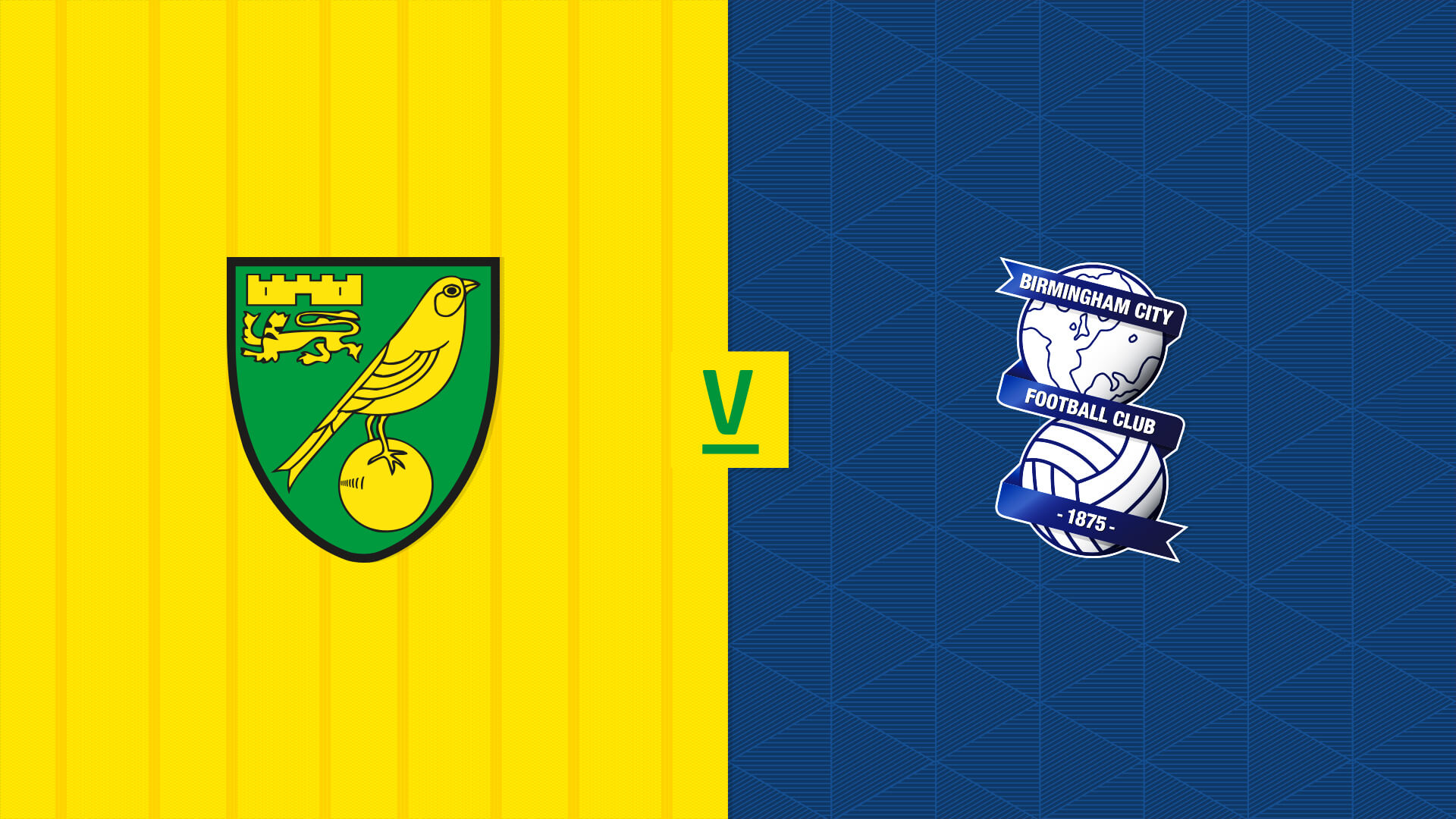 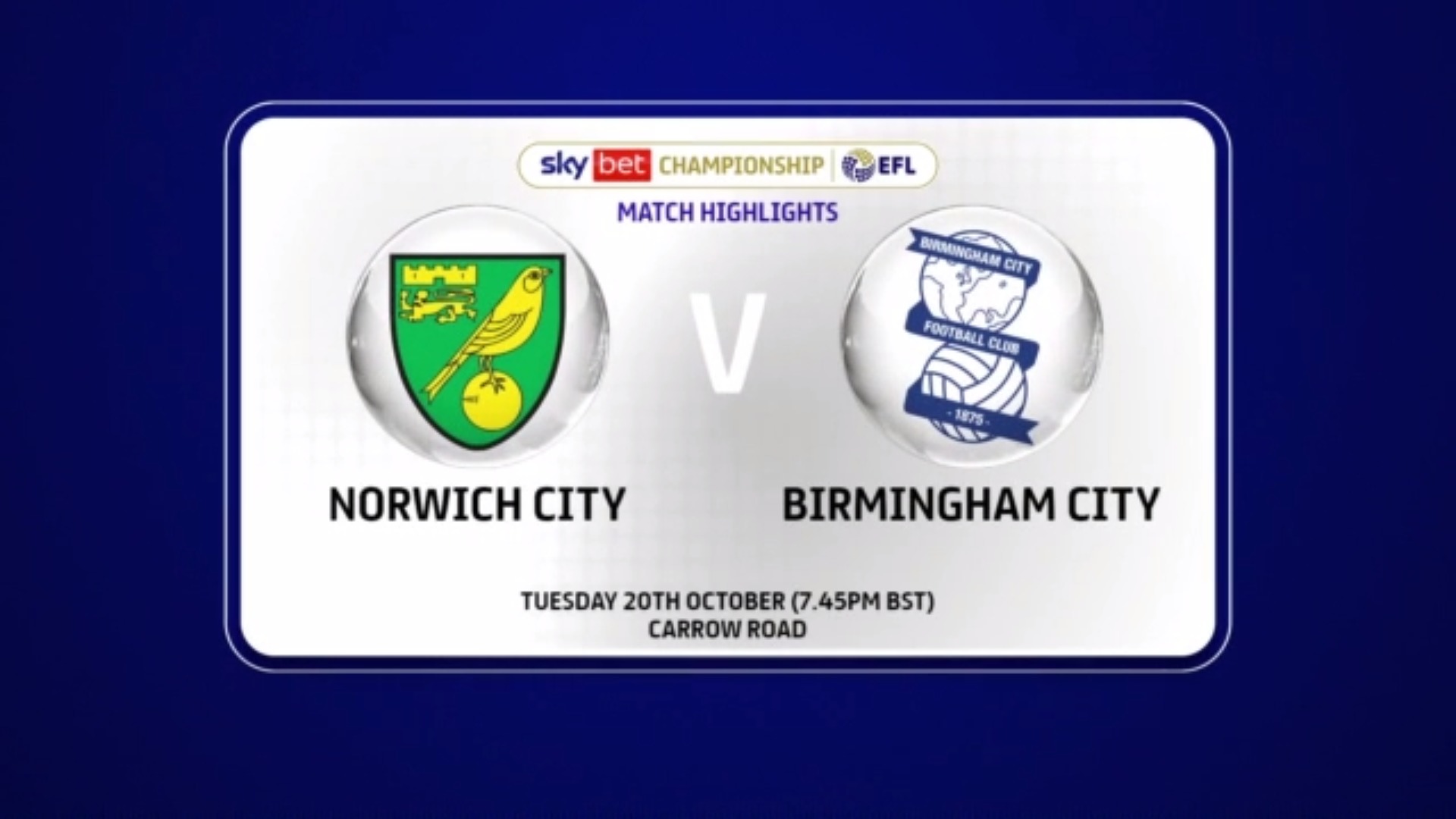 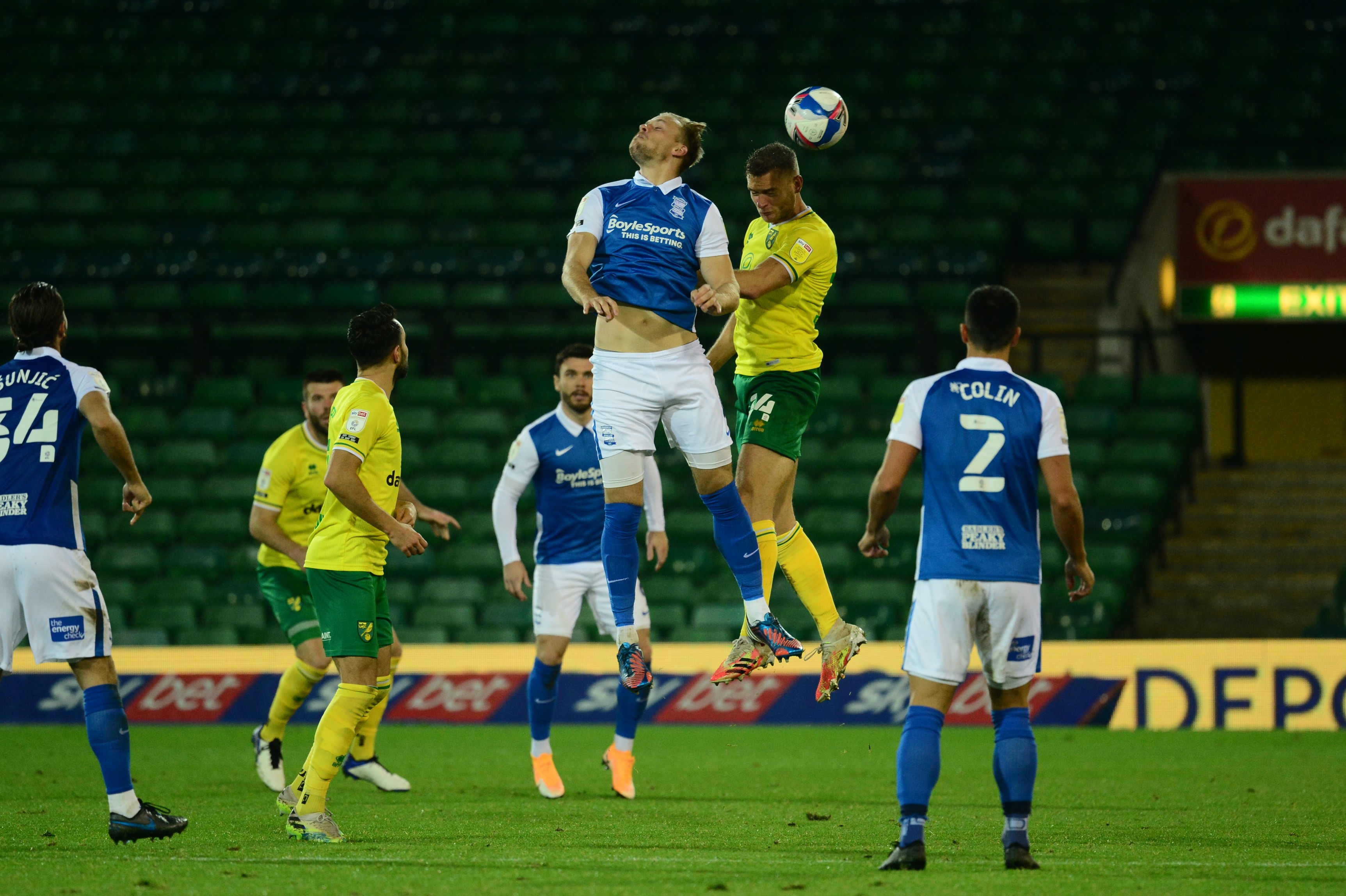