Back on home turf, Norwich City host Derby County at Carrow Road as the Canaries look to make it seven points, while Derby look to get their first points on the board.

This week, we’ve been building up to the weekend with all of our usual pre-match content, including an exclusive interview with former Canary Simeon Jackson.

Just click the headings below and the hyperlinks will take you where you want to go!

"For a side harbouring ambitions of returning to the Premier League, this season has got off to a bad start for Phillip Cocu’s Derby.

For a detailed breakdown of Derby’s start to the 2020/21 season, our-head-to-head history with the Rams, and a look at which officials will be taking charge of the game, check out our Match Preview!

Przemyslaw Placheta is out of contention for this week's fixture after picking up a hamstring injury in last week's game against Bournemouth.

Ben Godfrey is also out of selection as he is in "more than advanced talks" with another club.

Click the link above for the team news in full!

"Phillip Cocu has experienced everything in his career. He knows how to stay calm and show a reaction. I would prefer to play this game when Derby weren't under as much pressure, because they'll be switched on and motivated to show a performance.

"To be a work in progress and thrown into the cold water, he's proven already he can swim."

The boss gave us his thoughts on our opponents in his pre-match press conference at Lotus Training Centre on Friday afternoon!

Gallery: City prepare to lock horns with the Rams

Norwich City were back to business as they prepared for their second home game of the 2020-21 Championship season against Derby County.

Use the link above to have a scroll through the best of our photographer’s snaps.

Tottenham Hotspur loanee Oliver Skipp took the first Falcon Power Player of the Month award as he was unanimously voted so by the fans.

The 20-year-old has played every minute of all three of our Championship games so far this season, providing cover from a defensive midfield position against Huddersfield, Preston North End and AFC Bournemouth.

Follow the link above to read more on the midfielder!

As part of a regular feature in our matchday programme, OTBC, Andy Greeves talks to a former or current Norwich City player about a notable match in the club’s history.

Follow the link above to have a read of what ex-Canary Simeon Jackson remembers of that game against Derby back in the 2010-11 season!

For information on iFollow, where today's game is being broadcast, and how else you can keep up to date with the match click the link above.

It was a tough defeat for Norwich City to take as the Canaries dominated in terms of possesion and chances. However, they were denied by two great saves from Derby keeper David Marshall and when they had a penalty early in the second-half, Teemu Pukki slipped at the crucial moment to send the ball over the crossbar.

Daniel Farke made three changes to the side that lost to AFC Bournemouth last Sunday; as Emi Buendia, Marco Stiepermann and Ben Gibson came into the starting XI for Kenny McLean, Ben Godfrey and Przemyslaw Placheta. For Gibson it represented his Norwich City debut, while it was also Buendia’s first start of the campaign.

Following a 4-0 defeat to Blackburn Rovers last time out, Phillip Cocu made five changes to his starting line-up as Curtis Davies and Matt Clarke came into a back three. They joined Graeme Shinnie, Duane Holmes and George Evans in the starting line-up. Meanwhile Rooney moved up front with Duane Holmes and Kamil Jozwiak as they switched formations.

Norwich enjoyed the majority of the play in the opening 45 minutes, without troubling Derby keeper Marshall enough. Early on Norwich managed to play their way through a stubborn Derby setup, with Stiepermann having a shot from the edge of the box that was saved by Marshall.

A minute later a good reverse pass from Lukas Rupp found Pukki in the area and he spun and played a ball to the far post for Onel Hernandez but Nathan Byrne cleared well with a last-ditch tackle.

At the other end, Derby had their only first-half effort after 21 minutes when Holmes sent a ball in from the right for Rooney volley off target.

The rest of the half saw Derby continue to frustrate. Buendia did sidestep a couple of challenges on 41 minutes before the ball broke loose to Hernandez but again Byrne was in the right place again to block.

City then had a great chance to take the lead early in the second half when a flowing, one-touch passing move saw Hernandez hit a shot towards goal that was blocked by the arm of George Evans. However, Pukki lost his footing when stepping up to take the penalty and skied the ball over the crossbar.

Farke made a couple of changes either side of the hour mark, sending on Adam Idah and Mario Vrancic for Stipermann and Hernandez

On 72 minutes Derby had their first effort on target as Morgan Whittaker broke from halfway and shot from the edge of the box forcing Tim Krul into a good save down to his left. Then with 15 minutes remaining, Aarons crossed for Rupp but he could only send his header over the crossbar.

A couple of minutes later Aarons took advantage of some sleepy defending from Derby to get on the end of a Vrancic cross, but his first-time volley was well saved by Marshall.

So it was still Norwich looking the more likely to score when, with three minutes to go, Jason Knight picked the ball up on halfway and ran the defence before being brought down. That gave Rooney a free-kick on the edge of the box that he curled a shot into the corner of the net.

City did have a chance to draw level but substitute Jordan Hugill was denied by a great fingertip save by Marshall. 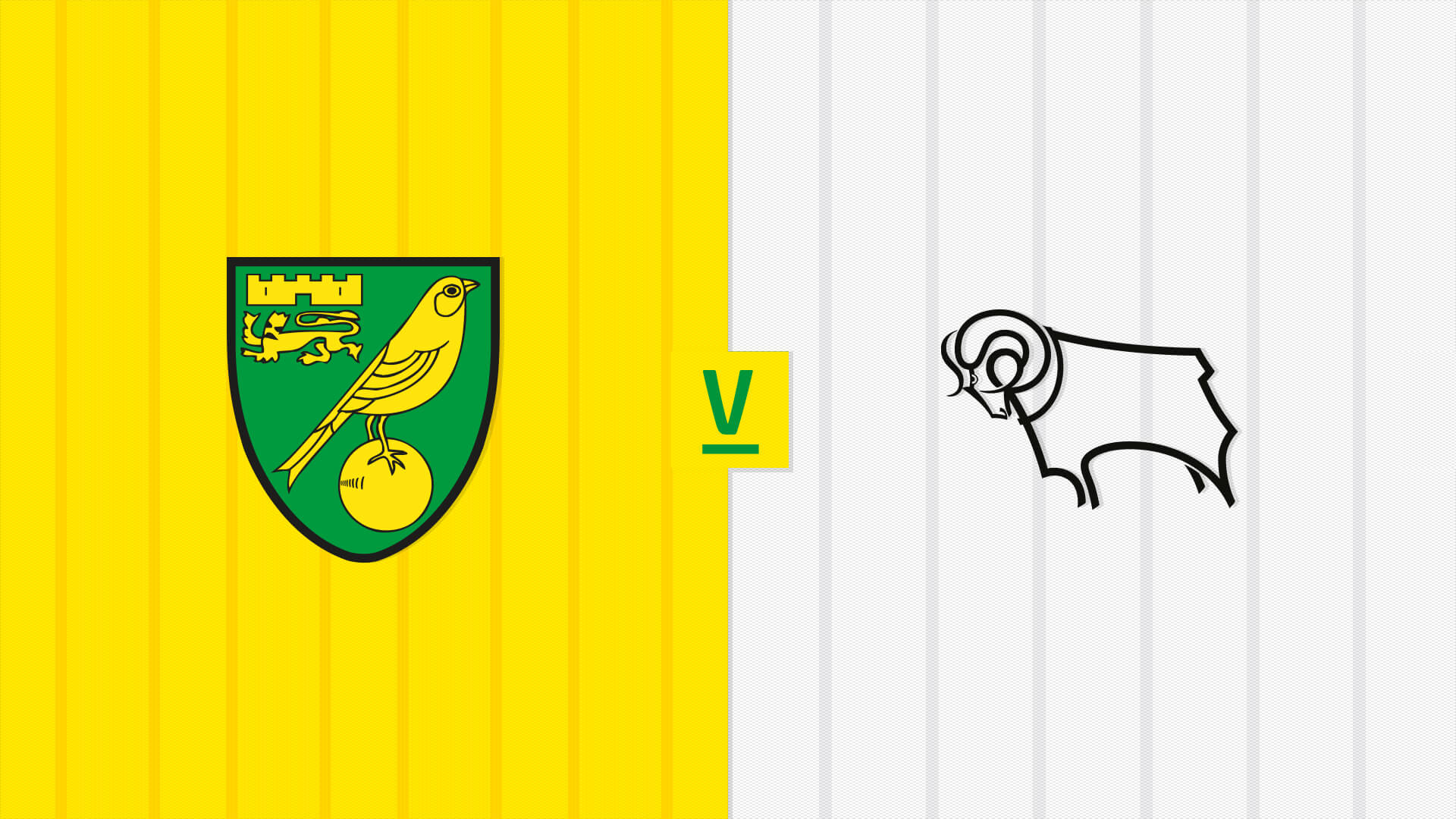 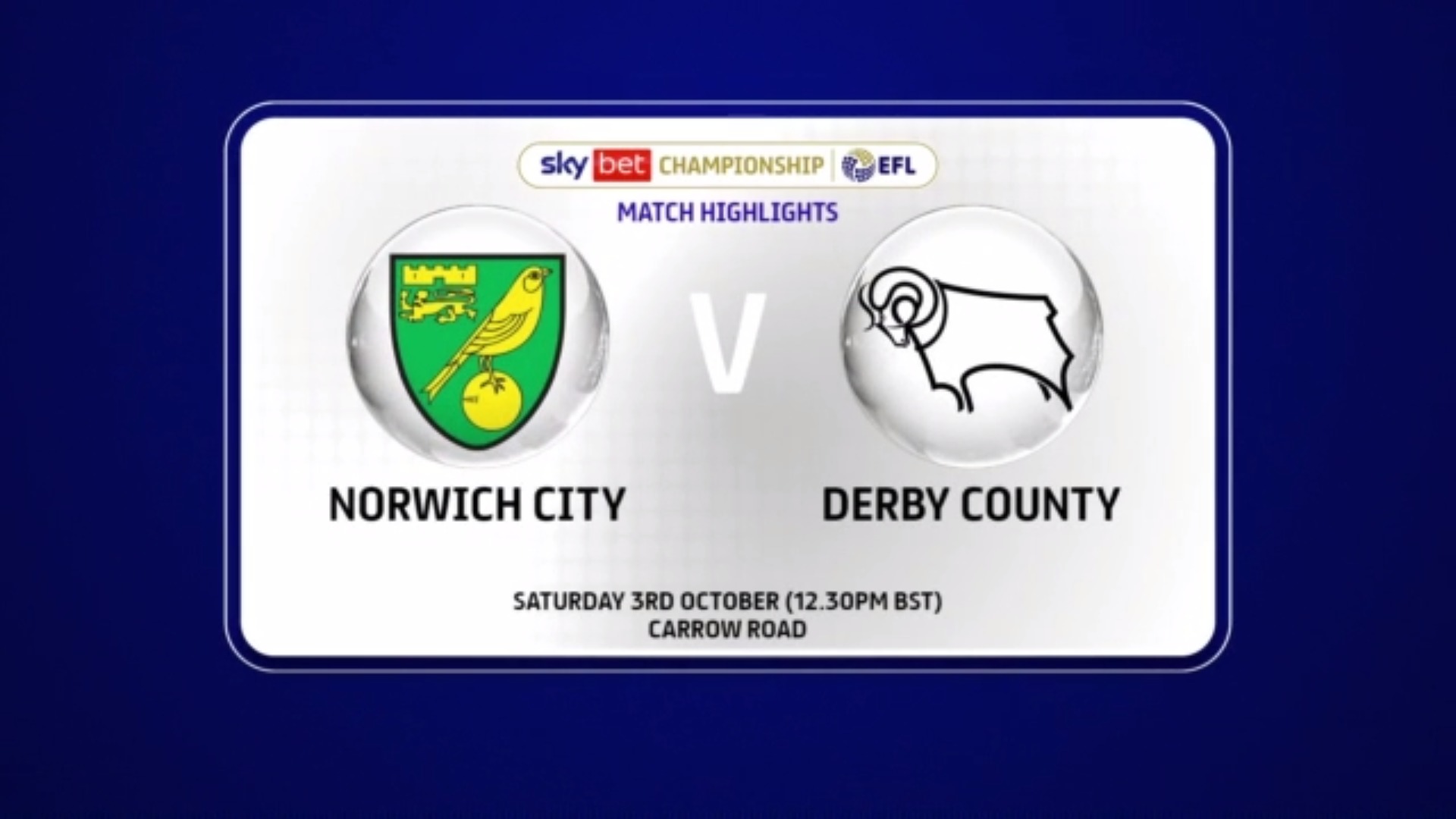 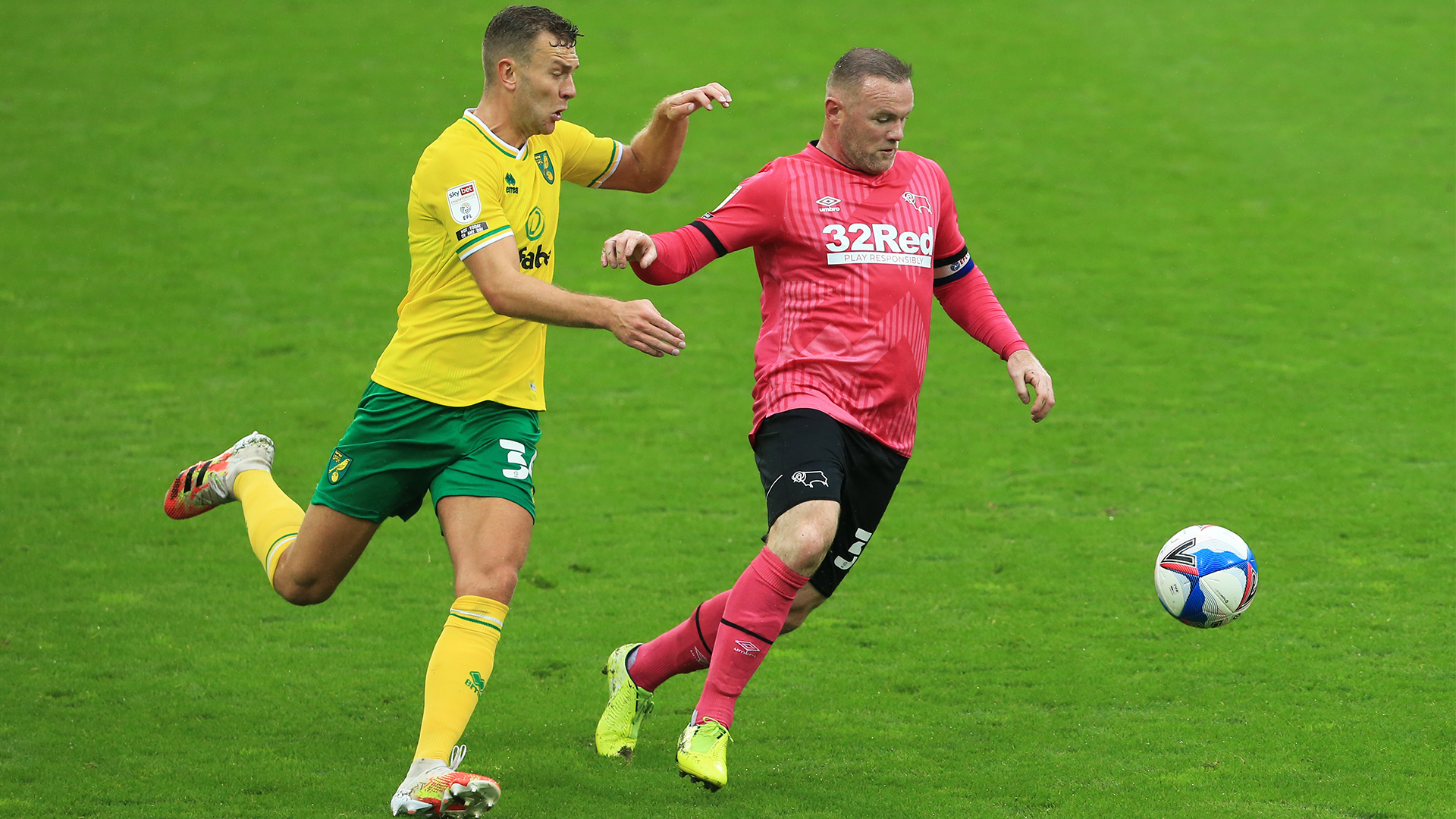