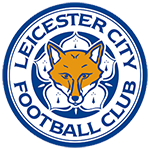 Norwich City's Under-18s suffer a 3-1 defeat despite a well-worked goal scored by Tom Dickson-Peters mid-way through the second half.

The Foxes started the game on the front foot, but it didn’t take long for City to find their rhythm with the visitors becoming increasingly confident as the half went on. The best chance of the half fell for Tyrese Omotoye, but the striker’s effort was kept out by the top of the crossbar.

A-John opened the scoring early in the second half before Tom Dickson-Peters equalised after curling in from the edge of the Leicester box. Gyafmi and Russ added to the Foxes tally in quick succession to give the home side the three points.

Joe Rose started his second consecutive game for City in-goal for City after making some fine stops in last week’s loss against Swansea City. Eddie Jackson came in at right-back with Matt Richardson on the left. Captain Zach Dronfield partnered Andrew Omobamidele at the heart of the City defence.

William Hondermarck returned to the City squad and was joined by Nelson Khumbeni in the centre of midfield. Saxon Earley and Tony Springett started as City’s more offensive midfielders with Tom Dickson-peters starting up-top alongside Tyrese Omotoye.

The line-up included a number of Under-16s with a few players making their first appearence for the Under-18s side.

Leicester started the game on the front foot winning three corners inside the opening five minutes, however due to the home side’s high line Omobamidele was able to counter after winning the ball from a corner. The defender powered forward before releasing Springett, but the midfielder slipped and lost possession.

After 10 minutes Leicester’s pressure nearly saw them get the first goal of the game on two occasions. The first came when Pennant weaved his way to the edge of the City penalty area before his weak effort was saved by Rose. Moments later Pennant was causing trouble again, but this time the striker was unable to keep his effort from a tight angle on target.

The Canaries then started to get on the ball and force the home side back into their own half. 15 minutes into the game Norwich tested the Leicester ‘keeper for the first time when Hondermarck’s dipping effort to the back post was met by a fine diving save.

Mid-way through the first half City were unfortunate not to take the lead. After what looked to be a foul on Earley inside the Leicester box the ball fell for Omotoye who rifled a shot towards goal, but the woodwork kept the ball out.

As the half went on City became increasingly confident in possession with Earley dictating play for a period of time before the half-time whistle.

City’s last chance of the half came when Khumbeni received the ball with his back to goal. The midfielder then showed some neat footwork to weave his way into some space before curling a shot towards goal; however his effort was caught with ease by the Foxes ‘keeper.

The Canaries had the first chance of the second half with Earley sending a low shot from the edge of the Foxes area goal bound, but his weak shot was parried by the ‘keeper before eventually getting cleared.

Ten minutes into the half the home side went a goal up when A-John found a way past Rose from the edge of the Norwich box against the run of play.

However City responded well and nearly found an equaliser a minute later when the ball was switched from right to left, with Dickson-Peters at the back post meeting the ball but the striker put his volley wide of the Foxes goal.

Moments later City were level. Omotoye was set free on the right before squaring to Dickson-Peters who settled himself and curled the ball into the bottom right corner giving the Leicester ‘keeper no chance.

After a series of Leicester chances after the City goal, the home side took the lead again with 20 minutes to play when Russ got to the ball before Rose before nodding the ball into the back of the net.

Five minutes later the home side extended their lead when Gyamfi found a way past Rose from a tight angle to give City a mountain to climb with around 10 minutes of normal time still to play. Williams looked to the bench for a way back into the game with Ethen Vaughan and Anis Mehmeti coming on.

Despite being behind, Rose carried on to have another solid performance for Norwich after tipping over Sams’ dipping shot with 10 minutes to play to keep the game within reach of the away side.

Norwich had a few chances towards the end of the game but neither Dickson-Peters or Omotoye were able to get their shots on-target.