Norwich City Under-21s were beaten 6-0 by MK Dons and knocked out of the Papa John's Trophy in the Round of 32 on Tuesday.

Both sides looked to exploit space on the wings in the first half, Ethen Vaughan crossing just over the bar from the right early on, and Rob Nizet’s missing the head of Matthew Dennis from the left.

The rain poured down in Milton Keynes as Russell Martin’s side had more of the ball, however, Baily Cargill starting an attack in the 21st minute that had MK Dons putting a cross in from the right wing which Jon McCracken pushed clear.

MK Dons were almost gifted the opener in the 27th minute, McCracken going short to Nelson Khumbeni, who gave the ball away to Matthew Sorinola, but the latter shot low and wide.

The hosts again looked to capitalise on a defensive error moments later, Kieran Agard firing into the side netting from the right wing after winning the ball off of William Hondermarck.

And it was Agard who gave MK Dons the lead in the 33rd minute, flicking a cross into the right of the goal with his head, leaving McCracken helpless.

Agard could have made it two almost instantly, getting on the end of a loose ball from McCracken, but saw his shot blocked on the line, with the re-bound also cleared off the line by a committed Zach Dronfield.

Sorinola crossed for Agard moments later, who flicked a header just wide of the post.

McCracken was certainly kept busy in the first half, diving down to his right to deny Stephen Walker, who came inside onto his right foot to shoot in the 41st minute.

Walker came close again on the brink of half-time, twisting and turning in the 18-yard box and looking capable of shooting on either foot. In the end, it was his left that drilled a shot past the far post.

Jonathan Tomkinson cleared the ball from a dangerous area early in the second half, putting it out for a corner following Regan Poole's menacing delivery.

There was little McCracken could do to stop MK Dons' second goal, scored in the 56th minute by Lasse Sorensen, who came in from the left wing onto his right foot and curled the ball spectacularly into the far corner.

Poole added insult to injury moments later, rising highest to head in a free-kick at the far post for 3-0.

Walker made it 4-0 in the 68th minute, darting into a crowded 18-yard box and powerfully picking out the bottom right corner.

Andrew Surman could have made it five when he drifted in on goal with 20 minutes remaining, but McCracken stuck his left leg out to deny the former Canary.

MK Dons scored their slickest goal of the night with their fifth, Walker finding Poole in acres of space on the right, who again delivered a pin-point cross into the danger area for Agard to tap in.

McCracken made a double save with ten minutes remaining, showing good reflexes to stop Agard and Lewis Johnson from making it 6-0, but that's what Poole did from the resulting corner, latching onto a loose ball to cushion it across the line.

City came close to a consolation goal with five minutes to go, Jonathan Rowe forcing a good save from Lee Nicholls with a volley from a Nizet cross. 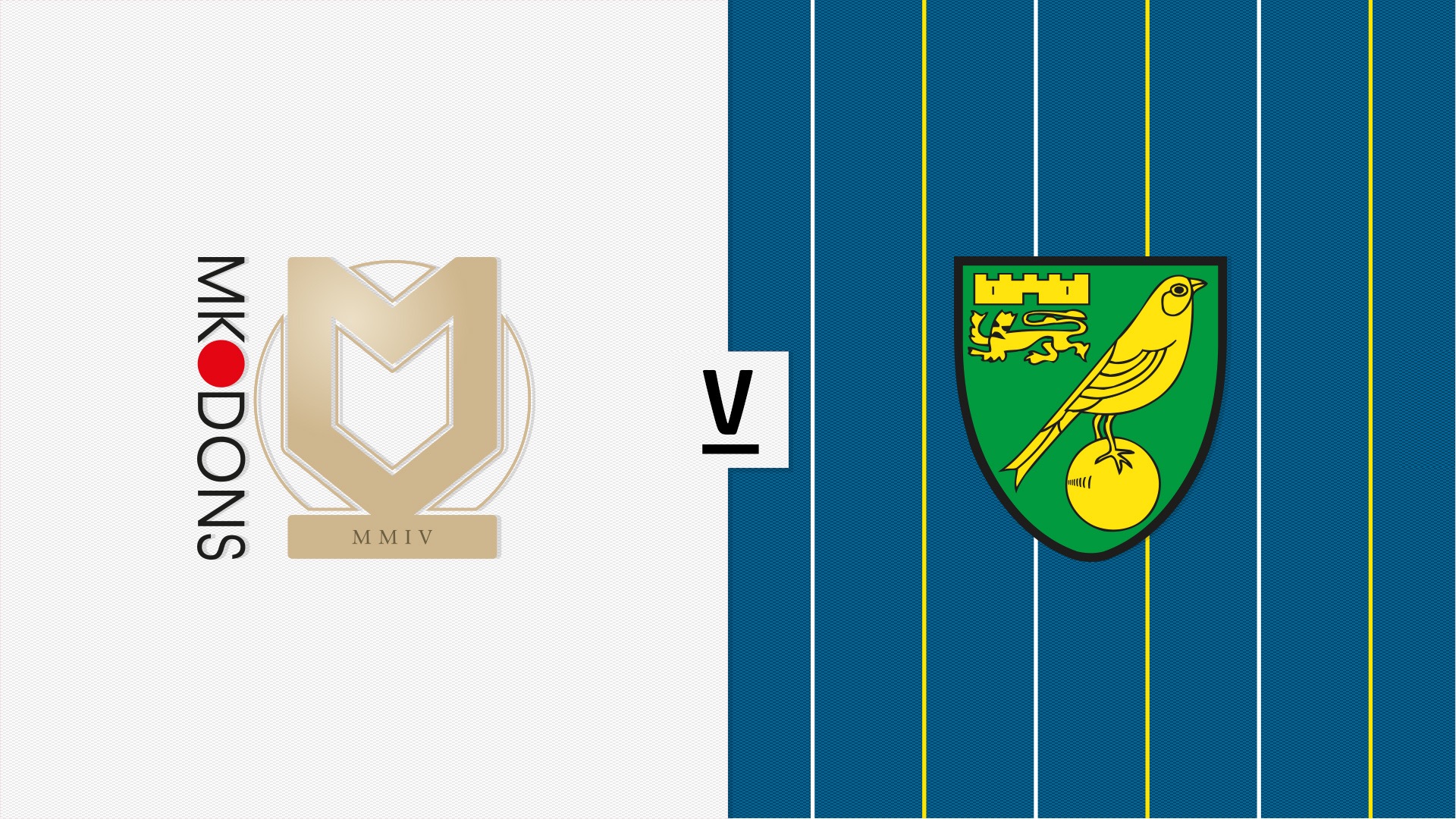 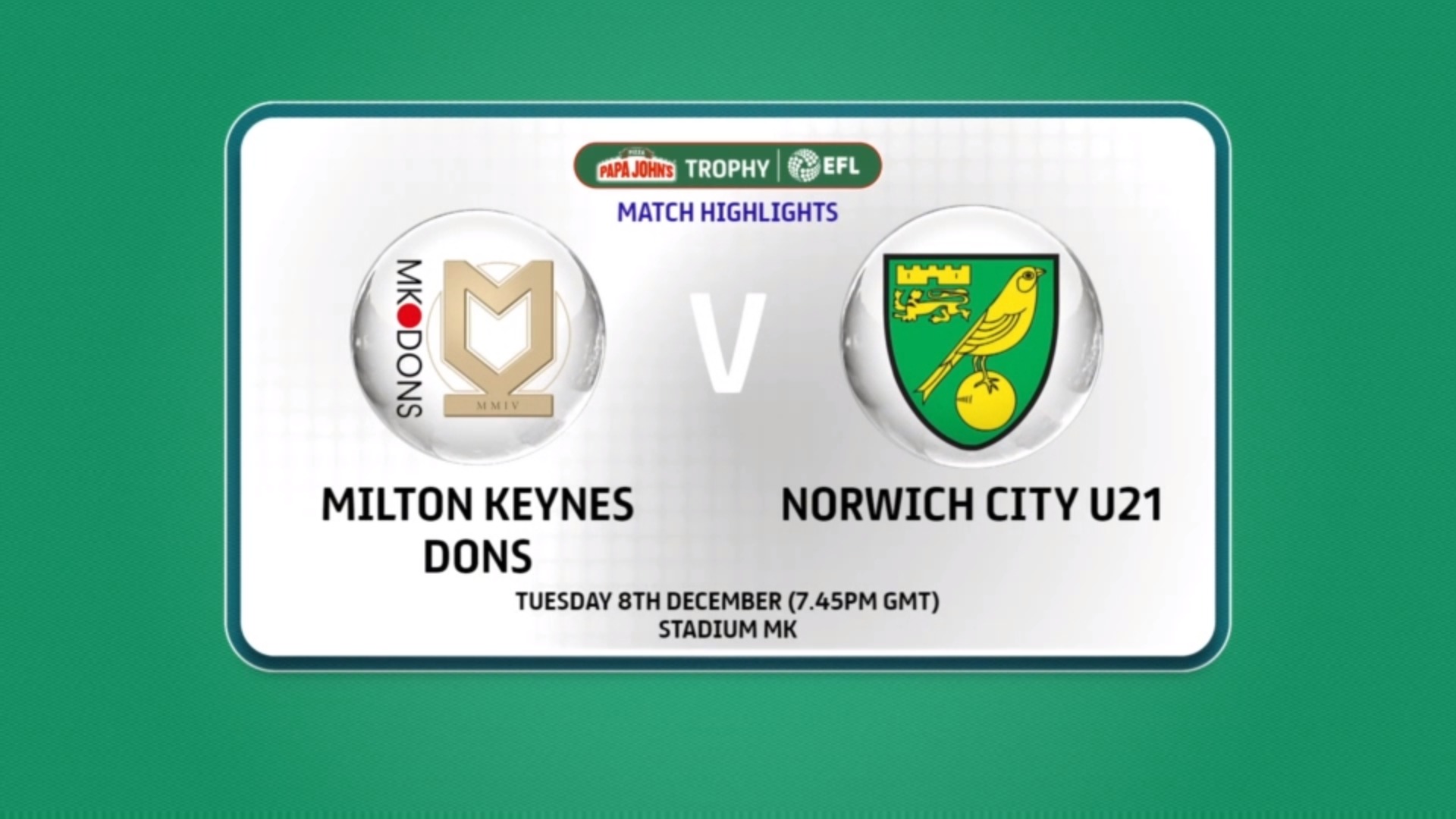 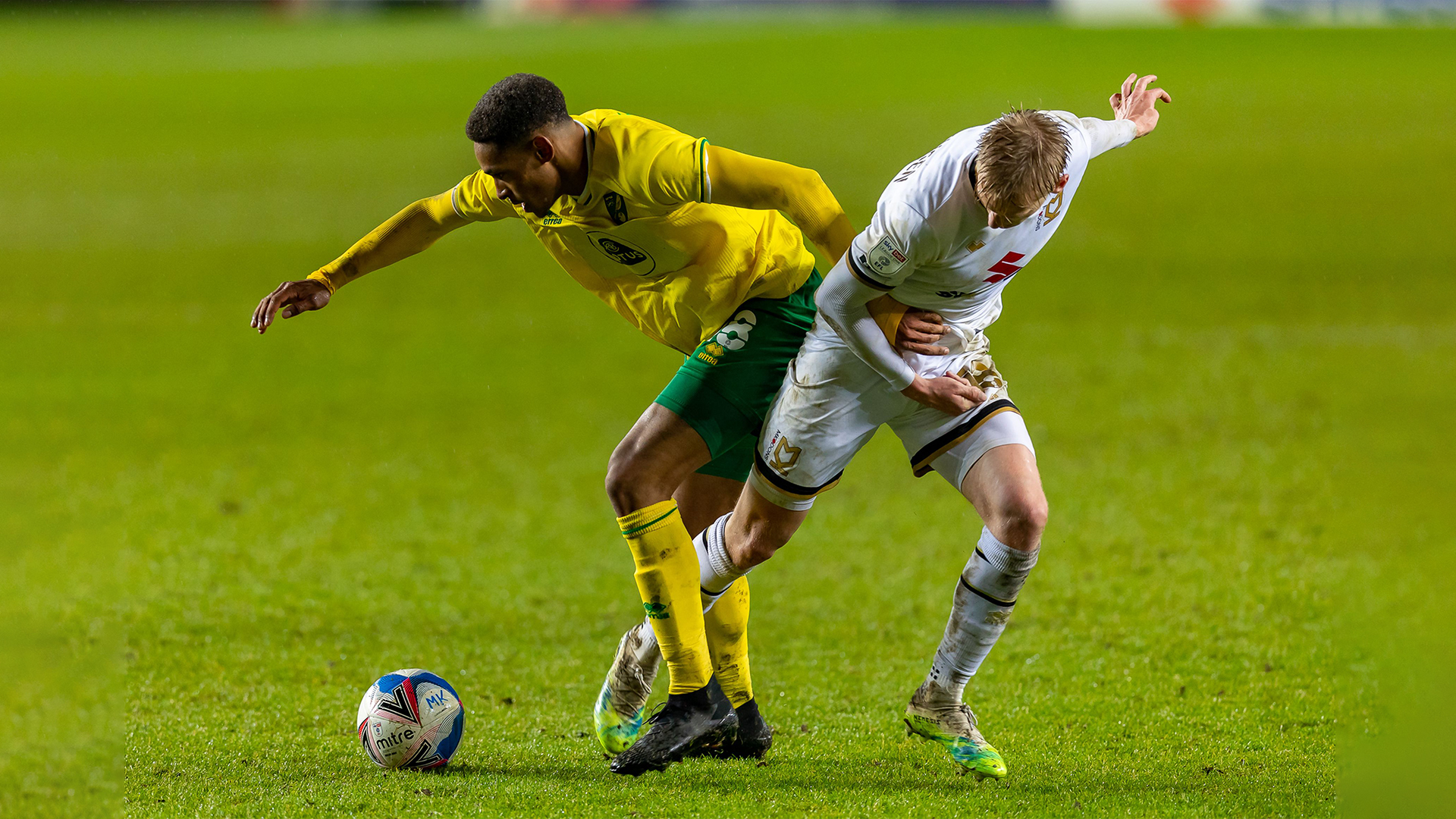 It’s a big game today and you’d probably like to be standing in the stands right now waiting for the teams to arrive. We’ve got the next best thing. You can watch all the live action from Wycombe Wanderers v Norwich City with one of our Match Passes. They only cost ##MP_PRICE## for the best view in the stadium.