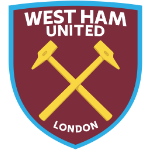 Facing the Hammers, who remain unbeaten in their 2019-20 league campaign, was always going to be a tough task for the Canaries, but for the majority of the game’s first hour it looked as though there was little to separate the two sides.

The all important second goal so often changes games, and once West Ham secured it, they capitalised on City’s response with two further second-half strikes. A late flurry of chances for David Wright’s side weren’t enough to get a consolation goal for City.

The first real chance of the game fell to the visitors when, after Ethan Vaughan, Aidan Fitzpatrick and Dan Adshead had beautifully linked up on the right wing, the former sent Shae Hutchinson through on goal. The forward saw his effort denied by the left foot of the onrushing Joseph Anang.

The Hammers’ keeper made a habit of preventing Hutchinson from finding the back of the net, twicer with a double-save in the 17th minute.

The hosts’ first chance came courtesy of Emmanuel Longelo, who leathered a shot from distance towards the bottom right corner, but Archie Mair was equal to it to parry it away.

In the 25th minute, the deadlock was broken as a long ball over the top to Oladapo Afolayan allowed the forward to put it past Mair and into an empty net.

From then on, the first half was void of any clear-cut chances for either side, that is until Hutchinson intercepted a goal kick in stoppage time. One-on-one with the goalkeeper, the City forward lost his footing and stumbled before getting a shot away.

After the interval, it took until the 58th minute for the Hammers to double their lead, when a lovely delivery from captain Ben Johnson was met with a deft back-heel flick into the bottom left corner by Amadou Diallo.

City almost responded immediately, as Aidan Fitzpatrick had a long-range effort blocked by Goncalo Cardoso, who threw his body in front of the piledriver.

Reece McAlear sent a promising delivery in from the right wing that Ahadme put wide with an acrobatic diving header, shortly before West Ham controversially got their third.

There were shouts for offside as a long ball over the top reached substitute Ademipo Odubeko, but the linesman remained unmoved and the forward was able to volley past Mair for 3-0.

The fourth and final goal came through a similar method, this time Xande Silva profiting from a looping pass in his direction. He took it down well and picked out the bottom right corner to put the game firmly to bed.

A McAlear free-kick caused trouble in the 18-yard box when it fell to Adshead. His shot re-bounded to William Hondermarck, who saw his effort saved by the ‘keeper.

There was one last chance for Hutchinson in stoppage time at the end of the second half. Ahadme played him through on goal but his strike was saved at the near post, the hosts holding onto a hard-earned clean sheet.

It’s a big game today and you’d probably like to be standing in the stands right now waiting for the teams to arrive. We’ve got the next best thing. You can watch all the live action from Norwich City v Liverpool with one of our Match Passes. They only cost ##MP_PRICE## for the best view in the stadium.